My presumption is that I wish to be extremely positive about HM Government’s own volition about leading the G8 with the subject of dementia.

Also, the “Prime Minister’s Dementia Challenge”, which sets out a roadmap for dementia for this year and next, has been a success which I much admire.

David Cameron and Jeremy Hunt, and their team, must rightly be applauded.

However, some accidental problems with the latest message appear to have crept in unfortunately.

The article in the Telegraph says that, “Health Secretary Jeremy Hunt says it is “utterly shocking” that only half of people suffering from dementia are being formally diagnosed.”

You can watch the video here.

Recently in English policy a skirmish over screening has been temporarily staved off by certain stakeholders avoiding ‘the S word’.

They have decided to plump for the ‘C-word instead’.

But in fairness Jeremy Hunt MP, Secretary of State for Health, in the actual “piece to camera” does not use the word “suffering”.

This is particularly ironic as Hunt later says, “”We’ve got to overcome the stigma.”

A major thrust of dementia must be to destigmatise dementia, by emphasise the myriad of things which can be done to help individuals living with dementia, like improvements of the house and the outside environment, non-statutory advocacy or dementia friendly communities.

Hunt’s attempts to overcome the stigma are, unfortunately, somewhat mitigated by his claim that,

“Dementia is a really horrible condition.”

Hunt mentions that “This is not surprisingly because memory is an intrinsic part of all of this.”

The meme that memory problems are synonymous with dementia remains a persistent toxic misrepresentation.

Not all dementia presents with memory problems. One of the most common forms of dementia in the age group below 60 is the behavioural variant of frontotemporal dementia.

This presents typically with an insidious change in behaviour and personality, often not noticed by the person himself or herself (but noticed by somebody close by.)

Even some of such individuals can present with plum-normal brain scans. 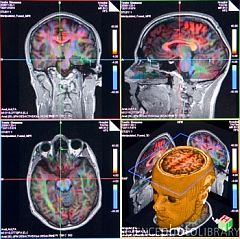 This small fact would aggravate hugely physics experts to sit on dementia clinical steering groups perhaps, if they knew.

A number of parliamentarians have recently emphasised the need for prevention.

This is indeed a worthy claim.

“You can change your lifestyle to help to stave off the diagnosis.”

However the evidence for this claim is extremely scant.

Non-clinicians in policy must not give false hope to members of society.

This is extremely irresponsible.

Hunt continues, “GPs have been reluctant to give a diagnosis as they’ve thought that ‘nothing is really going to happen'”

There has been in recent years a language depicting war, between GPs and persons with a possible diagnosis of dementia.

There is a very damaging myth, perpetuated by some influential people in the third sector, that GPs are actively withholding a dementia diagnosis in some people.

This claim undermines the credibility and probity of medical professionals, but GPs are relatively defenceless against such a slur.

Hunt says, “If people are worried, come and talk to your GP.”

A moral dementia policy is giving correct support including non-pharmacological interventions to support people living with dementia, as well as support for carers who often experience significant pressures in caring themselves.

People need to be accurately diagnosed with dementia. A wrong ‘label’ of dementia, for a person with no dementia, can do much harm.

Nonetheless, the idea of identifying correctly new people with dementia such that they can be given the right support is a commendable one.

It’s essential though that we do not enmesh this with this policy goal becoming targets, and clinicians being thrown off track by perverse incentives which are not directly beneficial to patients of the NHS.