First of all, I should not actually ‘love dementia research’ if only because I’ve been doing it discontinuously since my finals in neuroscience at Cambridge in 1995-6. Familiary breeds contempt, and all that.

I think meeting three people in the last year really turbo-boosted my interest in research into dementia. And I think if you compare the contents and style of my two books in dementia, published last year and this year, I feel the second book, as Steve Hilton might put it, is ‘more human’.

The three people are Wendy Mitchell, Chris Roberts and Hilary Doxford – of all these three, I know Chris by far the best, but I find the eagerness of all three to promote dementia research awesome.

Chris Roberts, living with a mixed vascular and Alzheimer’s dementia (not uncommon a combo), managed to do two interviews on the BBC last week, “Victoria Live” and “BBC World”, managing to get a plug in for ‘Join Dementia Research’.

‘Join Dementia Research’ (@beatdementia) is an initiative anyone can join in to take part in dementia research. It’s sort of like a different sort of dating agency – one where you paired up to the research project most suitable to you. You don’t have to be living with dementia to participate.

When I  tweeted this picture earlier today, I did not actually realise Chris Roberts and Jayne Goodrick were standing on the far right (where they are not politically.) Hilary’s on the far left (not politically either, to my knowledge) and Wendy’s in the eye-catching red jacket (not a political statement either, I think.) 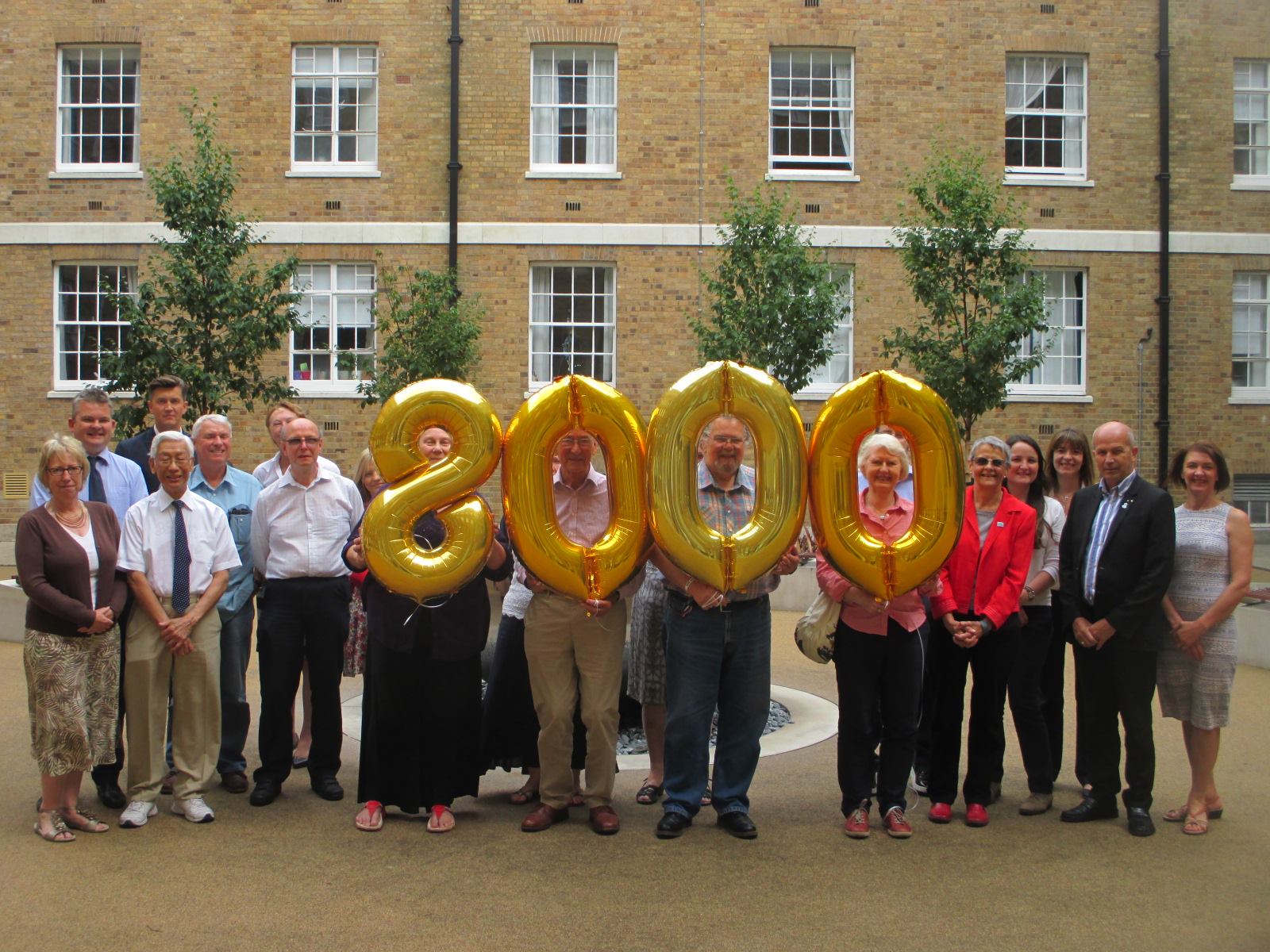 Chris here explains his own experience of dementia, and explains the need for research in his BBC World interview. Any person with dementia becomes an expert in his or her own condition in time and place.

But having thought about it a lot recently, in light of national policy, I’ve concluded that I like research into dementia a lot. I enjoy reading about it all the successes and failures. I like doing my work, even though it does not consume any expensive resources. I’ve so far got a chance to present my findings, which have not cost anything at all, at two international conferences: Alzheimer’s Europe and Alzheimer’s Disease International.

I think I would strongly recommend anyone living with dementia or closest to such a person to think about even doing research for himself or herself, and publishing the research. Once you get involved with the research bug, it’s a great way to meet people, and talk effortlessly with people who share your interests. I’m invariably impressed by medics who’ve had the time, opportunity or resources to pursue research of some sort, not least because they’re furthering the knowledge and reputation of the profession. It also tells me that “they’re not one trick ponies”.

I don’t think of a primary goal of a researcher should be gainful paid employment. The people I’ve found who excel at research are the ones who are genuinely passionate about it. It’s a great privilege I feel to be able to study a topic in detail, and to take on contemporary challenges. As a person, I feel philosophically that nothing goes to waste, so for me even ‘negative findings’ have value.

Whilst I do not share in the hyperbole surrounding the drug trials research presented last week in Washington at the Alzheimer’s Association conference, I think any development which overall increases our understanding, however small or incremental, is to be welcomed. The advantage of well designed trials, even if they do not throw up the ‘clean results’ many would like to see, not least for a ‘return on investment’, is that they provide something people in the future can rely on. Money we spend on research is literally investing in hope. A love of knowledge I suspect would get a widespread democratic mandate, as would a greater understanding of human experience. All of this helps the NHS in our jurisdiction to offer a better care and support environment, with colleagues in social care, in theory and hopefully in practice.

I don’t feel it’s a just but lost cause, like any good Jacobite would, although I’ve been in love with lost causes since I became a supporter of Tottenham Hotspur, or a book called ‘Jude the Obscure’ (St Jude was apparently the Patron Saint of Lost Causes).

Possibly even there’s no such thing as satisfaction. In “The Dawn”, the 19th century philosopher Friedrich Nietzsche claimed that that which is erroneously called ‘pity’ is not selfless but actually self-motivated. Am I motivated by negative emotions such as ‘pride and satisfaction’ in doing research into dementia? Am I ‘taking control of biology’? Possibly.

I published my paper in 1999 with Prof John Hodges and various others for a reason. This was because they were patients turning up in cognitive neurology clinic, query the behavioural variant of frontemporal dementia, whose tests appeared at first blush entirely normal. And yet these tended to be people in their 50s or 60s with quite profound changes in personality which had been noticed by their closest. I provided an explanation for why this paradox exists in this paper which is now cited in the current Oxford Textbook of Medicine. I argued it’s because the part of the brain which is affected, a part of the brain near the front of the head towards the eye, is hard to investigate.

The vast majority of my colleagues in research have confirmed this finding, which brings me onto my final point. It is incredibly rewarding when someone you’ve never met before claims to agree with you and have taken your results further. And it’s wonderful when somebody you’ve never met before knows your research and likes it – this happened to me when I met Prof Brendan Boeve from the Mayo at the Alzheimers Association conference last year in Copenhagen.