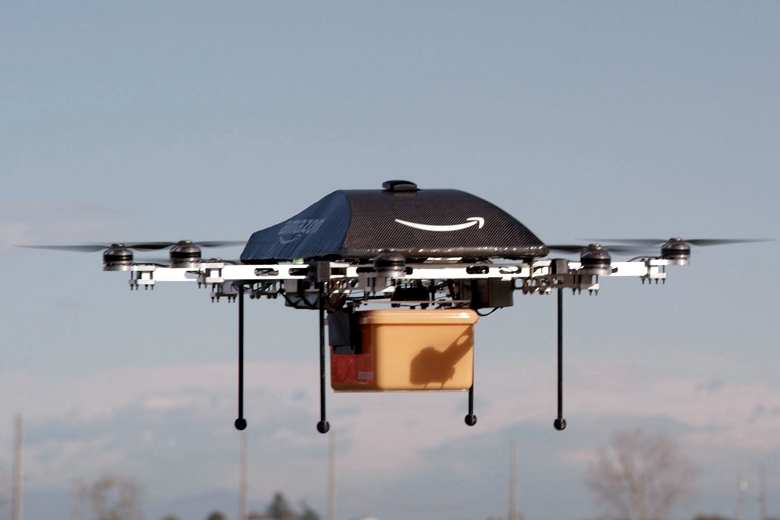 Predicting the future on the basis of your past is of course the ultimate goal of the shopping industry.

It also seems to be the goal of healthcare, as consumer behaviour and patient care appear to converge in ever-marketised healthcare.

When you ‘sign up’ for a health subscription somewhere, one day, it’s possible you’ll be offered “packages” most suitable for you. Consider them like targetted adverts on Facebook. Of course, with disease registries compiled on your behalf by public health through data sharing, tomorrow’s world is getting ever closer.

So how much of dementia is in your ‘control’, if you haven’t yet developed it?

Is prevention of dementia a pipe dream?  There are, after all, many factors which we’re born with which can have a huge influence. These are known as generic factors.

Amazon, the world’s largest online retailer, is already testing unmanned drones to deliver goods to customers. The drones, called Octocopters, could deliver packages weighing up to 2.3kg to customers within 30 minutes of them placing the order. Amazon has filed a patent that will allow it to ship a package to you before you even know you’ve bought it.

To give you another example, I know someone who was being given sponsored ads for hotels in Bilboa after Facebook had picked up her location by GPS.

Now back to the past.

Back to Black in fact.

The Black report was a 1980 document published by the Department of Health and Social Security (now the Department of Health) in the United Kingdom, which was the report of the expert committee into health inequality chaired by Sir Douglas Black. It was demonstrated that although overall health had improved since the introduction of the welfare state, there were widespread health inequalities.

Full Text of the Black Report, supplied by the Socialist Health Association website.

Surprisingly enough, it’s not all doom and gloom.

Modulating the environment might have some sort of impact on prevention of dementia, even if we don’t yet know how big or small this impact is.

The study of exceptionally long-living individuals can inform us about the determinants of successful aging. There have been few population-based studies of centenarians and near-centenarians internationally. But a recent study involving individuals 95 years and older were recruited from seven electoral districts in Sydney provided evidence that dementia is not “inevitable” at this age and independent living is common.

Low socioeconomic status in early life is well known to affect growth and development, including that of the brain; and it has also been shown to affect the risks of other chronic diseases.

Over a decade ago, a real attempt was made to relate early socioeconomic status to later dementia. We found results consistent with the hypothesis that a healthier socioeconomic environment in childhood and adolescence leads to more “brain reserve” (the brain’s ability to cope with increasing age- and disease-related changes while still functioning) and less risk of late-life dementia, including Alzheimer’s disease, later on.

Results from two major cohort studies, led by the University of Cambridge and supported by the Medical Research Council, have reveal that the number of people with dementia in the UK is substantially lower than expected because overall prevalence in the 65 and over age group has dropped.

Three geographical areas in Newcastle, Nottingham and Cambridgeshire from the initial MRC Cognitive Function and Ageing Study (CFAS) examined levels of dementia in the population. The latest figures from the follow up study, CFAS II, show that there is variation in the proportion of people with dementia across differing areas of deprivation,  suggesting that health inequalities during life may influence a person’s likelihood of developing dementia.

The prevalence of dementia in the general population might be subject to change.

Factors that might increase prevalence include: rising prevalence of risk factors, such as physical inactivity, obesity, and diabetes; increasing numbers of individuals living beyond 80 years with a shift in distribution of age at death; persistent inequalities in health across the lifecourse; and increased survival after stroke and with heart disease.

By contrast, factors that might decrease prevalence include successful primary prevention of heart disease, accounting for half the substantial decrease in vascular mortality, and increased early life education, which is associated with reduced risk of dementia.

The study was led by Professor Carol Brayne from the Cambridge Institute of Public Health at Cambridge University. She opined that whether or not these gains for the current older population will be borne out in later generations might depend on whether further improvements in primary prevention and effective health care for conditions which increase dementia risk can be achieved, including addressing inequalities.

In fact, it has been recently appreciated that cardio-metabolic risk factors have been associated with poor physical and mental health.

An association of low education with an increased risk of dementia including Alzheimer’s Disease, the most common cause of dementia globally, has been reported in numerous cross-sectional and longitudinal studies. Education and socioeconomic status are highly correlated, it turns out.

The reserve hypothesis has been proposed to interpret this association such that education could enhance neural and cognitive reserve that may provide compensatory mechanisms to cope with degenerative pathological changes in the brain, and therefore delay onset of the dementia syndrome.

Further evidence from studies suggests that a poor social network or social disengagement is associated with cognitive decline and dementia.

Previous studies have also shown that social determinants not directly involved in the disease process may be implicated in the timing of dementia diagnosis. Possibly the living situation is related to the severity of dementia at diagnosis. If so, primary care providers should have a low threshold for case-finding in older adults who live with family or friends?

Regular physical exercise was reported to be associated with a delay in onset of dementia including Alzheimer’s Disease among cognitively healthy elderly.

In the Kungsholmen Project, the component of physical activity presenting in various leisure activities, rather than sports and any specific physical exercise, was related to a decreased dementia risk. It is generally thought that physical activity is important not only in promoting general and vascular health, but also in promoting some form of brain rewiring.

Various types of mentally demanding activities have been examined in relation to dementia in general, including knitting, gardening, dancing, playing board games and musical instruments, reading, social and cultural activities, and watching specific television programs, which often showed a protective effect.

So it really might not all the doom and gloom, and certainly we are much further forward than we were 33 years ago with the publication of “The Black Report”.

For the record, this Report doesn’t even mention dementia.

Prof Alistair Burns in New Scientist writing “Dementia: A silver lining but no room for complacency” summarised elegantly the situation as follows, on 10 January 2014:

“While it is true that there is no cure, the findings suggest that prevention is at least possible. This must surely explain any reduction in prevalence, so what might be behind it? Improved cardiovascular health, better diet and higher educational achievement are all plausible explanations. This opens up the possibility that people who are able to take control of their lives can reduce their individual risk of dementia.”

So, to answer the actual question.

There is a realistic possibility that we might be able to identify certain people who are most at risk of developing a dementia, and modifying the known risk factors constitutes ‘low hanging fruit’ for policy. If you park aside the corporate capture potential of making new markets through development of health promotion packages, this is indeed an example, shock horror, of where data sharing across the whole population might be helpful and direct the health of the nation in future.