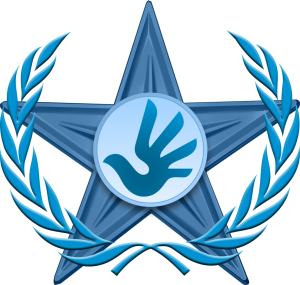 Of all the junkie platitudes, ‘keeping it real’ must be pretty high up. Mid Staffs and Winterbourne View were keeping it quite real for their service users too, all too sadly.

The history of ‘I statements’ is quite interesting.

In interpersonal communication, an I-statement is an assertion about the feelings, beliefs, values etc. of the person speaking, generally expressed as a sentence beginning with the word “I”. Thomas Gordon coined the term “I message” (the alternative to ‘I statement) in the 1960s while doing play therapy with children.

I-statements are often used with the intent to be assertive without putting the listener on the defensive. They are also used to take ownership for one’s feelings rather than implying that they are caused by another person.

The National Dementia Declaration, introduced a few years ago, is based on 7 I-Statements:

I have personal choice and control or influence over decisions about me.
I know that services are designed around me and my needs.
I have support that helps me live my life.
I have the knowledge and know-how to get what I need.
I live in an enabling and supportive environment where I feel valued and understood.
I have a sense of belonging and of being a valued part of family, community and civic life.
I know there is research going on which delivers a better life for me now and hope for the future.

If these ‘I statements’ were to have gathered momentum and achieved traction, my gut feeling is that they would have done so by now.

However, as with much in English dementia policy, the same messages are often re-branded and re-circulated in cycles of a few years. The point about well-set objectives is that they ought to have some meaning.

The November 1981 issue of Management Review contained a paper by George T. Doran called There’s a S.M.A.R.T. way to write management’s goals and objectives. It discussed the importance of objectives and the difficulty of setting them. Ideally speaking, each corporate, department, and section objective should be:

Specific – target a specific area for improvement.
Measurable – quantify or at least suggest an indicator of progress.
Assignable – specify who will do it.
Realistic – state what results can realistically be achieved, given available resources.
Time-related – specify when the result(s) can be achieved.

What is striking about the ‘I statements’ in dementia is that they mainly focus on care and support. There are somewhat surprising arbitrary exclusions, like in the domains of timely diagnosis and dying well/end of life. In contrast, the implementation of dementia friendly communities in England and Wales was meant to be much wider than the health and social care sector, i.e. empowering people to lead meaningful independent lives.

Reducing ‘what is important’ into a series of a few I statements would be bound as to be effective as the choice of the statements themselves. Human rights, whilst even more reductionist, can be applied to any setting, not just health and social care, and are indeed inalienable and universal.

The problem with the ethos of ‘I statements’ arguably is that rather than focusing on robust human rights which are in principle enforceable through the law (though important moral rights exist) they are a series of aspirational statements. This liberal approach is, nonetheless, more meaningful than a conservative approach where the statements would be more statements of current status.

The ‘I statements’ are also in keeping with a liberalising view of the market. One of the criticisms of the failure of service procurement in dementia is that there is inadequate ongoing assessment of performance of a contract. That is why service contracts in dementia must have realistic measurable outcomes and benefits against which the performance of providers, and commissioners, can be assessed.

There is no doubt, however, that rights are highly relevant to health and social care, such as the right to be with a primary carer on a hospital admission, or a right to food in keeping with your religious beliefs. It is highly relevant how and why these human rights have been embedded (or not) in the culture of the NHS snd social care. The ‘I statements’ are insufficient to meet this policy objective.

It is worth emphasising that this is much more than a turgid argument of policy. This goes to the heart of ‘what matters to you? why did this matter to you?’ approach currently being popularised in Scotland. And indeed other jurisdictions have made great progress in the embedding of human rights in life, through for example the PANEL and FREDA principles.

But the question remains – what rights are important to people living with dementia and their closest? And, more importantly, how do they feel that these rights can be achieved?

The success of the ‘dementia rights’ approach will, I feel, be reflective of the wider climate of the NHS and social care. The current Secretary of State has used regulation to attempt to drive up quality, which in part is a mitigation against risks. This, however, has not driven up quality consistently, and has led consistently instead into a diversion of scarce resources into regulation. However, an approach where people know their rights, and know how to use them to mitigate against risk in all walks of life including health and social care I feel could be useful.

This is why I think a social movement for ‘Dementia Rights’ is now much needed.