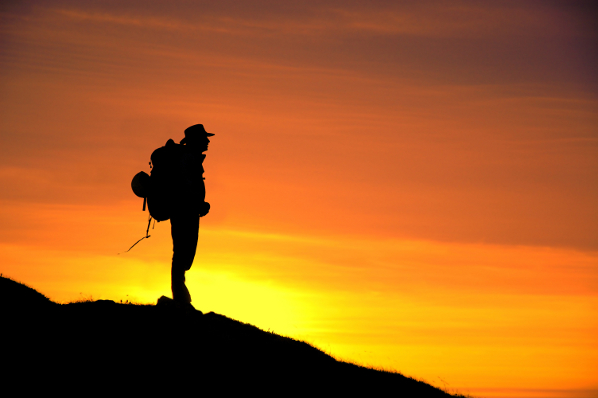 For Dementia Awareness Week on 15–21 May 2016, the Alzheimer’s Society are asking people to confront dementia head on by asking,

‘What would you say to Dementia?’

And I suppose my answer to that question is, actually, a question, and, that is:

‘What gives you the right to be considered on your own?’

I have no trouble in pretending that cats are human beings. I conceptually do not think of ‘dementia’ as a person, but I concede a common image is for dementia to be portrayed as an ‘unwanted travelling companion’, often converting a husband and wife relationship into a ménage-a-trois.

The metaphor is usually pushed to an extreme as one being on a ‘journey’ with dementia. When indeed I mentioned this to a particular celebrity campaigner living with dementia, he said ‘it’s the only journey you make where the ticket is definitely one-way and you don’t want to look after the ticket’.

As for this particular ‘journey’, we don’t currently have a national sense of care pathways. An advantage of care pathways according to the current literature would be to specify a set of basic needs for decision points from the point of diagnosis (even before) to death (and even beyond), which was sufficiently flexible to factor in inevitabilities such as local cuts to services.

But say you are talking to this mythical person with dementia. It is possible that the media have whipped you up into a state of anger and frustration into an emotion of ‘What do we need to do to make you go away?” This would be to embrace full-on the metaphor of warfare and battle. The problem with this approach is that you rarely hear of people ‘winning the war against dementia’.

And it has never been adequately explained what the end point of ‘defeating dementia’ is. For the 48 million people living with dementia around the planet, it might not be necessarily that drug cure that ‘stops dementia in its tracks’. There has already been some expectation management in that even if a drug were found to treat dementia ahead of schedule it might be too expensive to be made widely available – as has been the case for novel therapeutic drug agents for cancer.

‘Defeating dementia’ might alternatively be living with dementia but more easily given appropriate help. In the same way you might be given a scooter if you have mobility problems, you might be given a computer tablet which could remind you what day of the week it is, and what jobs you needed to, to make up for your cognitive disability. For this purpose, people with dementia must know the rights that attach to them, so they become active participants in citizenship in society, not “sufferers” or victims of a disease. It’s this reframing of the narrative to the ‘medical model’ to the ‘social model of disability’ that is much warranted, and, yes, let’s DO talk about the limitations of the ‘medical model’ even if some people have invested heavily in it.

I feel that is essential to consider the answer to the question, “What gives you the right to be considered alone?” When a diagnosis of dementia is closed to the person with that particular diagnosis, the actual diagnosis is being made to close friends and family too for whom the news involves a major life readjustment.

The problem with charities viewing things through only a ‘dementia lens’ is that this can get in the way of ‘seeing the person not the disease’. In other words, to raise awareness of dementia, you use dementia to form the identity of that person. And as such the power attaches, say in sympathy, respect, grants, or even media status, if a label of ‘dementia’ rather than ‘MCI’ (minor cognitive impairment) attaches to you.

And it is disingenuous to define someone by a condition even as important as dementia when people invariably live with other conditions. This is of course the massive problem in thinking that the ‘one drug cures all’ philosophy, in that drugs are invariably trialled on younger people with single pathologies not older people with multiple pathologies on numerous drugs.

And the other travelling companions on this ‘journey’ must be the ones closest to the persons with dementia, often unpaid members of immediate family who find them thrust into a strengthened rôle of caring and/or supporting. But understanding the emotions and value of those people are vital if we are to understand various particular issues with the ‘dementia journey’, in other words the loss of an ability to make a decision on your own, the possible need to move from home to a residential care setting, or the adjustment in ‘facing up’ to dementia as a terminal illness.

So I still think the answer to their question is my question. But I am particularly interested in the responses of those people currently living with dementia, and their carers, as I can more easily predict what some molecular biologists or people in charity or the pharmaceutical industry think. It can’t be said enough that they’re the real experts, so if you happen to see any as window dressing late in the afternoon of an expensive conference, do say something.