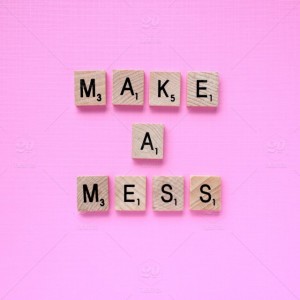 However much you sugar-coat it, there are many aspects to living with dementia for some, including a reduced appetite, having hallucinations, having delusions, potentially strange behaviour such as becoming very disinhibited.

That’s the first thing to say, that my objection to the phrase ‘living well with dementia’ is not that it somehow ‘denies suffering’. And I don’t want to go through for the millionth time the device used ad nauseam that ‘just because we suffer, we are not sufferers’, and bring on the fundraising for (language and stigma) grants for the millionth time.

A rationale for the use of ‘living well with dementia’ is that it is easy to market, for example in fundraising purposes. The official reason is that the use of the phrase mitigates against stigma. This is potentially laudable.

… except when you realise this is an easy thing to claim, but very difficult to measure in any way. Look for example at the never-been-published outcomes of the multi-million £ Dementia Friends experiment.

At worst, “living well with dementia” makes a nice host for cupcakes and speakers from well known corporates on a ‘dementia themed day’.

Meanwhile, back in the real world, when I tell people that my mum has dementia, the reaction is ubiquitously “How awful”. This is not because the campaigning mantra “living well with dementia” has been ineffective, due to my criticism on Twitter for example. It’s because dementia can be an awful condition for the person experiencing it, and the immediate family or friends; unless of course you never get beyond the ‘prodrome’ phrase.

But think about that for a moment.

It would be like someone with pre-renal disease saying that living well with renal disease isn’t that bad, because you don’t have to do dialysis.

Or living well with pre-diabetic disease isn’t that bad either, because your toe hasn’t been amputated.

The existence of the same small group of campaigners for dementia who do not exhibit a progressive condition on the face of it might lead to you to believe their diagnoses are ‘none of our business’.

Nobody is asking them to be put under the microscope – except they just appear with remarkable regularity.

But if they are not progressing along a trajectory of symptomatic decline, we need to be very sure about the diagnosis. Whilst they are not holding themselves out to be ‘representative’, the phrase ‘go to group’ for ‘lived experience’ can all too easily trip off the tongue.

This is because there’s only a few of them, and, in their current form, the members of this select group are appearing as if you can ‘live with dementia’ with only very minor adjustments to your lifestyle – since their diagnoses from about 2009 or 2010.

And the effect on skewing samples in public-patient involvement groups can be dangerous, if it’s the same revolving door of patient advocates sitting on panels, doing the “user involvement”, and so on.

It is not in these advocates’ interest to have their diagnoses revised if their symptoms are not getting progressively worse, as the secondary gain from the attention, the book contracts, the conference speeches, is not insignificant.

This could mean potentially that they become trapped with their public personas as ‘having dementia’, and are themselves open to manipulation from people who might wish to make money out of them. This genuinely would be very sad indeed.

The English law firmly believes in the presumption of innocence, and nobody is suggesting for a moment there is any deception. But misdiagnoses do happen all the time, and the significance of the misdiagnoses in this context is not small.

There is so much further to be gained by the wider ‘living well’ narrative which are not so innocent. For example, it could be that if people are living successfully and independently we do not need to be concerned that social care is in such a parlous state.

This is also a subject which does not lend itself to public debate. Doctors are very strictly regulated in the UK, and cannot guess about other people’s diagnoses from afar.

But people who are looking on, who feel their spouses/parents etc. are deteriorating faster than ‘normal’, might blame themselves for not doing a good enough job in caring. After all, ‘caring well’ was actually not stated as a policy goal in the NHS Living well with dementia scheme, which included diagnosing, supporting, living, supporting and dying.

I don’t mind a careful debate, but people I’ve never heard of have trolled me in the social media saying that I do not ‘understand’ dementia, and there is in fact a phase where some people do not decline in performance. Hence, the emphasis becomes you feeling guilty for raising the idea ‘but you don’t look as if you have dementia’ – but the tragedy would be if some of these people in fact do not have dementia but a functional disorder or some non-progressive form of ‘mild cognitive impairment’, a diagnostic category which is hard to take seriously anyway.

We do need to raise attention of why some people cannot live independently, and do need care. These are not the voices of ‘frequent flyers’ in conferences. We need to have a reason why people might want to find a way to prevent the progression of dementia or delay its onset. I don’t think a better shopping experience in the high street is sufficient to support a charity in dementia any more.