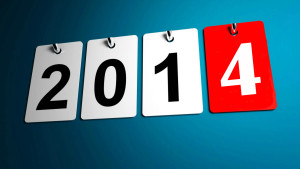 It’s time to “get real” about the direction of initiatives to do with dementia.

I ‘get’ single issue politics such as Brexit. I understand how charities are organised by individual conditions. There’s no fundraising for multimorbidity, apart from general taxation. Individuals and organisations can yield power and influence, and, having devoted myself to various aspects of dementia over much of my adult life, and in being a full time carer of a mum with dementia, it is concerning and some regret for me that there is such a high degree of lack of critical evaluation of national initiatives in dementia?

I understand the pressure for commissioners to get “ready” results, in particular to be seen to be doing “something” about dementia. I fully have sympathy with the drive to offload needs onto social enterprises and charities.

However, I feel that the wider goal of ‘dementia friendly communities’ is a deceitful notion, intentionally or not. There are 900,000 people in the UK currently with a diagnosis of dementia, and a sizeable proportion of these cannot speak, eat or drink in a timely way, get to the toilet on time, and so on. Not everyone, by a long stretch, is ‘living well with dementia’. Not everyone is giving annual talks at conferences, publishing books, or travelling half way across the world. There are people who have been left behind by this rather unpleasant branding of ‘dementia superheroes’. This is far more than ‘advocate envy’, I should emphasise.

As a son of a mum with dementia, when I tell others about mum’s diagnosis, I still get the response, “Poor you” or “How devastating”.  This is despite, or even because of, five years of ‘raising awareness’. Did we get an objectively measured fall in stigma or increase in inclusivity when we went from two million ‘Dementia Friends’ to three million friends? How is it that I still hear of commissioners who, to save money in budgets, have deliberately not invested in high quality training in preference to commissioning ‘Dementia Friends’, because Dementia Friends awareness raising sessions come free?  How has this lie, that ‘Dementia Friends’ training are an adequate form of training, been allowed to continue for so long? The term ‘dementia sufferers’ is still widespread, despite the huge quanta of grants awarded on ‘dementia language’.

I have listened to the justification for ridiculous ghettoization, such as ‘dementia friendly villages’. It is worth thinking through the practicalities of such initiatives. People with dementia living in a cluster is not integration. It is segregation; at worst it is a form of apartheid based on mental capacity. Furthermore, everyone has the right to a correct and reliable diagnosis. There are people living with dementia who have amassed a “celebrity status”, so that it would be difficult to encourage them to have their diagnoses revised, even if they are not showing any clear decline in cognitive performance from their regular appearances at public events. If their diagnoses are not so robust, should they be ethically fronting ‘dementia friendly communities’?

The secondary gain is so potentially significant. This is not a question about undermining diagnoses or undermining people; rather it is a case for respecting all people, and it is a plea for people living publicly with dementia to receive the correct diagnoses, so that they can receive the correct approaches for them, ranging from a cognitive enhancer to cognitive behavioural therapy. I am the very last person to shoot the messenger especially when the message is perhaps itself at fault. But some advocates are not at face value changing in cognitive performance at all, unlike the vast majority who have dementia. If you’re talking ‘carrots’ and ‘sticks’, one huge carrot is the need to understand the mechanisms of the dementias better, and to find a reliable medication for slowing dementia right down, rather than ‘dementia friendly gym gear’ and so forth.

The problem is that with this relative under-representation of people with more substantial cognitive deficits or physical problems such as swallowing or continence problems, or no representation of the views of the carers of people ‘living publicly with dementia’, you might reasonably come to the incorrect conclusion that everyone is living well with dementia independently in their own homes; and that anything less is a failure, including a failure of caring often by unpaid family members like me completely at the end of their tether. We have seen umpteen reports and statements about human rights – but, as per autism and learning difficulties, and bad care, has anything substantially changed?

How many of ‘I statements’ have led to substantial actionable statements of ‘dementia rights’? What is objectively objectionable is to make rights the domain of those who are most articulate and who have better resources, when rights are actually inalienable and universal.

Are people with more advanced dementia or carers likely to support a charity which is more concerned about promoting themselves or a better shopping experience? At a time when most dementia trials, like politicians, have resulted in failure, we need to be encouraging interest in and fundraising to charities which genuinely fund groundbreaking research?

We need to invest in the NHS, social care and the top research. I feel that, with initiatives such as the Dementia Research Institute are brilliant. However, overall, unfortunately, I feel that 2014-9 can be looked back upon as a time when there was a lot of puffery and marketing, but little which actually helped, such as reforming the beleaguered social care system, a can kicked a long way long. But by 2020 a lot of people might have moved on anyway, and it’s high time we had a quiet word in some people’s shells.