The five giants of Sir William Beveridge are all to do with the externalities in which a person finds himself. I agree with Lord Layard that the ‘sixth giant’ is indeed mental health, and really chimes with my definition of wellbeing as how a person is content with himself or herself and his or her own environment.

‘Dementia’ is a curious chimaera I feel: the physical condition affecting the brain has effects in mental functioning. And it has certainly been achievement of this current Government at least to attempt greater awareness of dementia through the ‘Dementia Friends’ initiative.

But why are you more likely to get a referral for a physical health problem than a mental health one?

It comes down to “parity”, and this has been an enduring strand of policy through Alan Johnson MP (Labour), Norman Lamb MP (Liberal Democrats) and Jeremy Hunt (Conservative).

In a nutshell, the definition of “parity” is as follows. 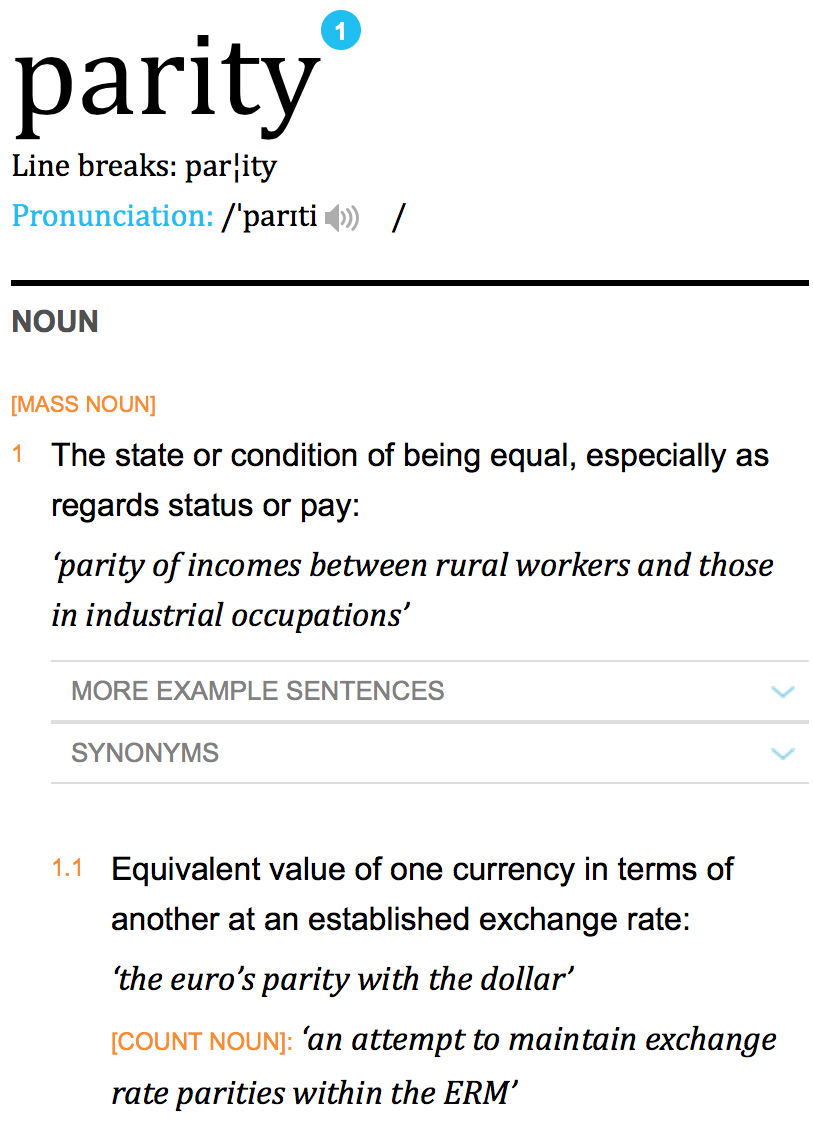 “Esteem” is essentially “worth”, or holding something as having the same value.

NICE recommended psychological treatment for depression and anxiety, and yet you’re much more likely to receive a prescription for antidepressants or antixoyltics than a referral to psychological therapies.

The “Improving Access to Psychological Therapie”s (IAPT) programme is a large-scale initiative that aims to greatly increase the availability of NICE recommended psychological treatment for depression and anxiety disorders within the National Health Service in England.

But the two are not disconconnected. It appears that, among people with a given physical illness, those who also have a mental illness cost the NHS significantly  a year more – they go more often to A&E, and have more hospital appointments.

It is is well known, many NHS commissioners, when short of money, cut mental healthcare. Sue Bailey, the retiring president of the Royal College of Psychiatrists, called the situation a “car crash”, alluding to the fact that cuts in psychological therapy cause far more problems than they solve.

But the commissioning for such mental health services is a mess with a confused approach from CCGs, NHS England  and local authorities.

NHS England have recently identified the importance of this issue in their document, “A call to action: achieving parity of esteem; transformative ideas for commissioners.”

But who is going to lobby for this? There are practical difficulties if certain charities give the perception of being ‘too close’ to Government.

Developing a whole person care approach to health and social care and achieving parity between mental health and physical illness requires a fundamental change in the way services are commissioned.

I believe that people leading change will experience enormous resistance, not helped by the recent shrinking of actual funds for post-diagnostic support for people living with dementia, friends, family and carers. 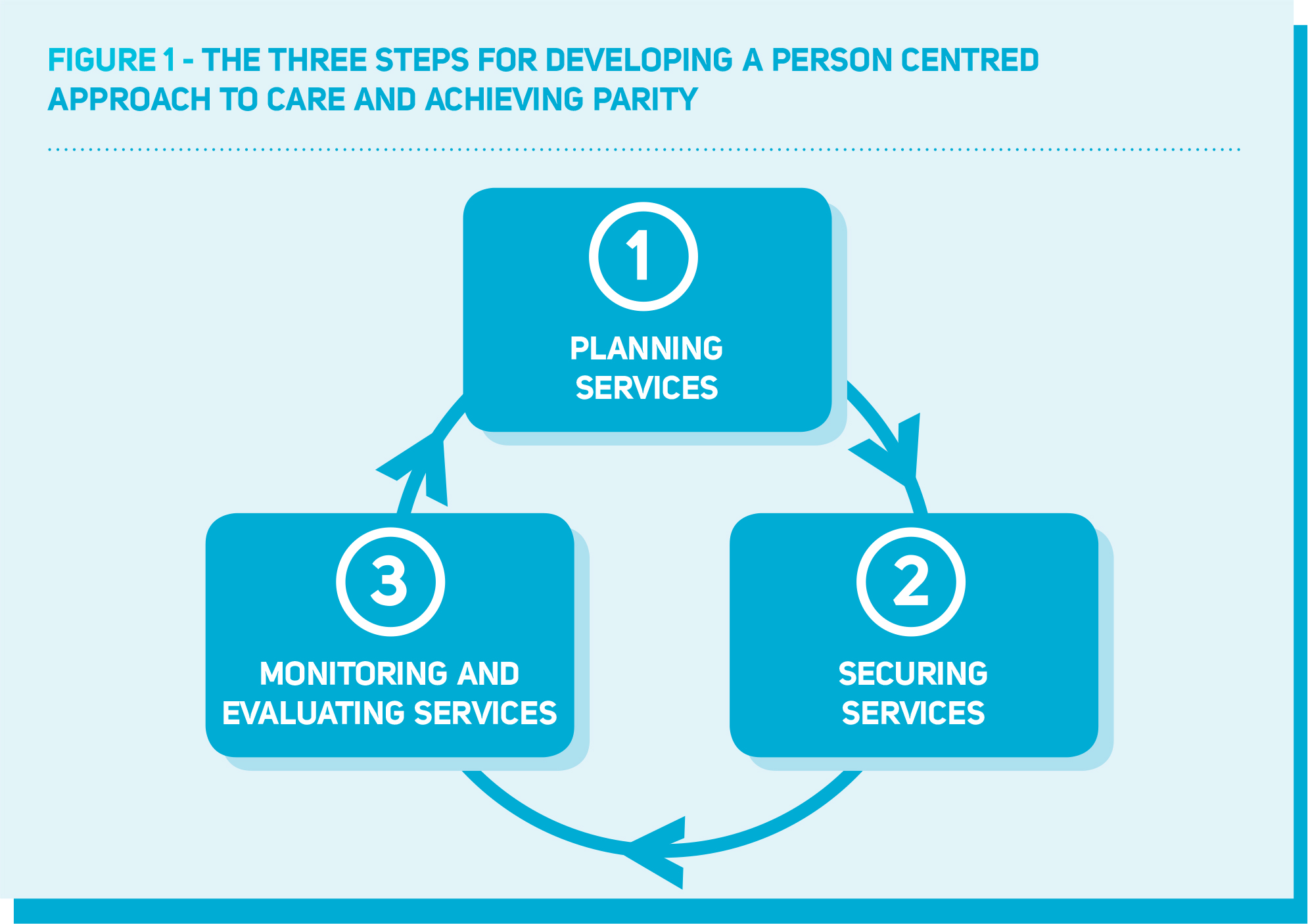 Such services will need to be designed by  experts with experience including persons living with dementia and their communities, whatever their source of experience. This should be based on the best possible evidence base, and I have long felt that there should be ‘parity of esteem’ in research for wellbeing as there is for drugs which block or slow down the disease process of the dementias.

However, as services are re-tendered, or new ones considered, commissioners should consider how to put individuals at the centre of commissioning decisions, and to design integrated mental and physical health services. This may involve designing an ideal pathway from first principles. Focusing on outcomes can also help: by focusing on a set of integrated mental and physical health outcomes, commissioners can incentivise the development of integrated provision of the outcome of wellbeing.

I inherently feel that, whichever party comes into government on May 8th 2015, there is a golden opportunity there to put parity of esteem at the top of dementia diagnosis and support. It is a success that the notion appears in the Health and Social Care Act (2012), but, if this entire Act of parliament is repealed by a future Labour government, we need to ensure that this approach is consolidated in some other way on the statute books.

Despite ‘threats’ to the NHS budget, the potential cost savings are not insignificant, as well as the aim of optimising wellbeing which is extremely hard to argue against.