To give a flavour of the sort of mischief which ‘labels’ can cause, this definition in the Oxford English dictionary amused me much: “A classifying phrase or name applied to a person or thing, especially one that is inaccurate or restrictive“.

In fact, my own personal use of the label was in identifying my suitcase to go to this year’s Alzheimer’s Disease International conference in Western Australia.

This fits, rather, this definition: “A small piece of paper, fabric, plastic, or similar material attached to an object and giving information about it”.

And what a good conference it was. 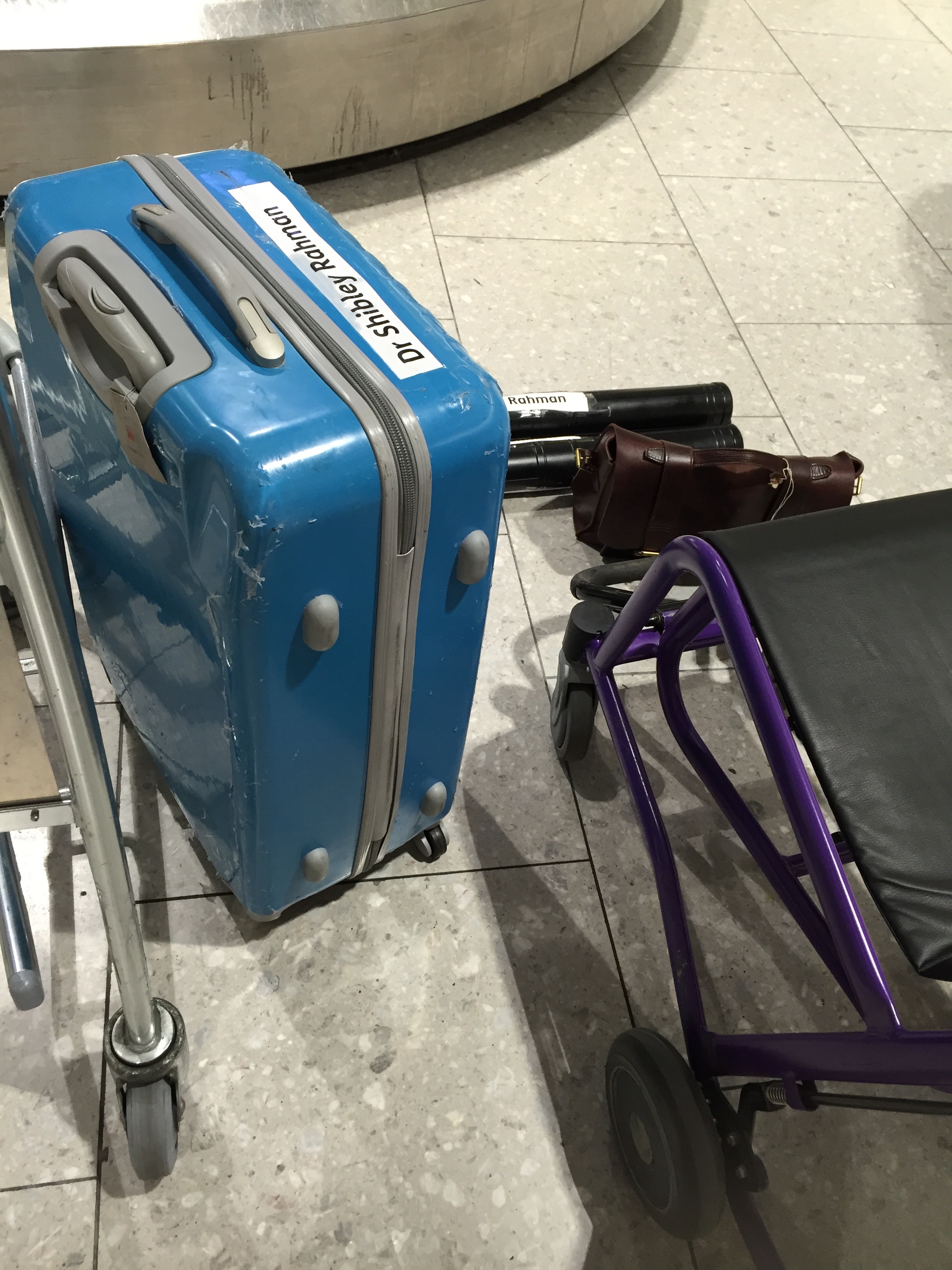 One of the main speakers this year was Al Power. Power is terrific – as a practising physician in the States, he cuts through the bullshit. I strongly commend to you his books, both of which I’ve read in full. The books cover different material to each other, can be read in any order, and make sense when taken as a whole.

Al recently took part in the highly popular ‘A meeting of the minds’ webinar series. An account of it is on the Dementia Alliance International (DAI) website here. John Sandblom and Kate Swaffer have made a recording of this session publicly available there, and I strongly urge you to go to their website to watch it.

Look – let me say something about the label of ‘dementia’ itself.

I don’t like it. I think it’s still if the case that if you were to say to someone you’re living with dementia you’re at danger of conjuring up lots of negative prejudices and pity. And this is despite quite an intense effort to inform people about the basics of dementia through national ‘awareness programmes’.

A rose by any other name might possibly smell as sweet. I don’t think ‘sugarcoating’ it using a different label will necessarily wash – such as the ‘major neurocognitive disorder‘.

I am vexed by patients being bewildered by the rapidity in the reclassification of their own cognitive problems by competent physicians as ‘minor cognitive impairment’ or ‘dementia’ – as for example, here, in Ken Clasper’s accounts.

One of the key messages in the UK dementia knowledge session programme, “Dementia Friends”, is that there’s more to the person than the dementia.

I believe this message actually acts on both levels.

One is the most common interpretation – that a person cannot be merely summed up as his or her dementia (the so-called ‘putting the ME back into deMEntia). I’ve been on wards where clinicians have viewed a learned individual as “the dementia patient”.

The other is the tunnel vision that can ensue by just seeing a dementia and no other co-morbidities, such as asthma or irritable bowel disease. And I feel this is somehow related to attributing all phenomena to ‘the dementia’, as described brilliantly in a recent radio programme.

There’s no doubt that the definitions of ‘dementia’ which emerge from the bio-medical model are convoluted, involving various cognitive domains, emphasising the biological irreversibility and inevitability of it all. Whilst technically correct, I completely agree with Al that the model imbues the deficits model of medicine, looking at what people cannot do, rather than acknowledging people’s abilities, in the so-called assets or strengths based model. I prefer Al’s definition: “Dementia is a shift in the way a person experiences the world around her or him”.

Many find the diagnosis, if correct, incredibly empowering. It signifies a end to a long journey about being bewildered about the onset of symptoms with no apparent cause. For others, it’s the trepidation of the beginning of a new phase in life. Knowing what has been the cause of difficulties might mean, in a kind world, that employers are able to make the right adjustments to keep valued people in a job. Or it might mean that support mechanisms, such as TIDE, can be put in place at once to give resilience to family carers.

The cultural change needed from the biological model to the social model of disability is a profoundly important one, I feel, to propel reablement and rehabilitation after diagnosis to the top of the policy agenda. Social workers, for example, including some who are skilled up with a particular interest in dementia, are in a particularly strong position to promote aspects of their profession, such as equality, justice, non-discrimination and social justice, particularly suited to promoting living better with dementia.

Al is not talking about ‘ignoring any distress’. And he’s also right in saying this need to cut down inappropriate antipsychotic scripts is not just a problem for residential homes, but also elsewhere in the community.

It’s lazy for a geriatrician to give a person with dementia a label of ‘sundowning‘ when a detailed sleep history has not been taken. Actually many people without dementia exhibit, arguably, a phenomenon of ‘sundowning’ without being accused of ‘sundowning’.

It’s abhorrent that a person with dementia can be given a label of ‘challenging behaviour’, when a fundamental problem is that little effort has been put into working out why a person with dementia has been able to communicate problems. An ‘aggressive’ patient might then be dosed up to the eyeballs with inappropriate antipsychotics, and this action one could argue is both unethical and unlawful – all made a lot easier by the label.

So now a picture emerges which is pretty consistent – of labels as shorthand. But we need to know whether these labels are enabling, disabling or neither. It’s been queried whether people with physical disabilities find the label ‘disabled’ empowering or disempowering; some individuals find their wheelchair empowering, some disempowering. And so it goes on.

And it’s used in shorthand in commissioning decisions. Commissioners can find it easier to ‘tick the box of dementia’, if they’ve commissioned certain information sessions on dementia while shutting day services or specialist nurses with another stroke of the commissioning pen. And given the massive comorbidities of the 850,000 living with dementia, and with an inaccurate idea of how dementia interacts with other conditions, is this commissioning by single diseases particularly services? This commissioning around single services always raises the question of the importance of dementia in comparison to other conditions such as COPD or schizophrenia. And political activists are more than aware of how single labels make insurance-based organisation of healthcare more easily deliverable.

Does a label need to be ‘approved’ to have legs? The recent details of requirements for ‘dementia friendly communities‘ are seen more of as a ‘specification’, than a ‘standard’. But here again – is a dementia friendly community elsewhere without having passed through these accreditation hoops less ‘valid’, or is some degree of specification actually required to put a stop to rent seekers and snake oils salesmen?

Most of all, I think most of the label of ‘a person with dementia’ in how it operates in a dementia-friendly community. As such ‘a person with dementia’ doesn’t access housing or transport services with a massive identifying label stuck on his forehead. One should hope that such services are ‘friendly’ to even those people who don’t know they have a dementia. Also, in care homes, whilst the care staff will know which individuals have dementia, it might not be so obvious from the perspective of a residence.

But the ‘label’ is meant to be enabling and not stigmatising (to such an extent as to promote loneliness, for example). We all have a duty to wonder, given the current Government wishes to identify more people with the diagnosis, whether the people who have been diagnosed correctly with dementia are living any better than before.