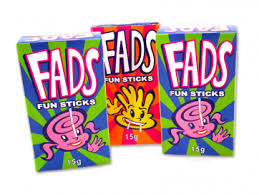 I completely understand the sheer effort and energy which people put into their initiatives and endeavours to do with dementia.

But the reality is we have a malnourished NHS and social care service, and it’s been getting much worse in the last few years.

Sit down before I tell you this shocking news. Integration is not the ultimate panacea. It would have been possible to put in the infrastructure for elements of care coordination without the hyperbolic use of the term ‘breaking down the silos’ many many years ago.

In fact, ‘integration’ in one form or another has been in political party documents for as long as I can remember meaningfully in the field, and this is approaching twenty years.

New models of care, though admirable, have become a smokescreen for calling out what is wrong in the here and now. And explanations of ‘scaling up’ the ‘pilots’ have thus far been lacking; as have been the practical logistics of ‘spreading the innovations’.

I think one of my worst snakeoil manoeuvres has been the aggressive pimping of mechanisms to ‘interpret the patient voice’ to clinical commissioning groups. The collapse of the recent Cambridgeshire contract shows what can happen when commissioning can spiral out of control.

The overuse of words like ‘inspirational’ and ‘incredible’ has become rather nauseating; people living with dementia themselves have told me that they find unease at being labelled ‘heroic’.

Genuine co-production including co-design of services by persons with long term conditions (or patients) is a wonderful thing. As Prof Edgar Cahn puts it, it is respecting the ‘core economy’ with no more throw away people.

I have mixed feelings about the Prof Debra Meyerson work on boat rockers. I am inevitably pleased that Dr Raj Mattu, an ultimate ‘boat rocker’ in the actual NHS, has been given a financial settlement after years of distress, but nobody would want to have been through what he has been through. It is either naïvety or sheer stupidity to think that the NHS is a safe culture for “radicals”. It’s almost, instead, got to a time where there needs to be a blossom of real sparky counter-insurgent radicals who can put this bunch of corporate shared values seekers to shame.

I indeed agree that patients are experts in their condition at their own particular time. I also agree that specialists who have been who have been associated with this field for nearly twenty years have something to contribute too.

This is not my beef. It’s the active flogging of ‘involvement’ and ‘engagement’ tools which has been encouraging insidiously a culture of dependency on third parties delivering care; this is been far from encouraging independence at all (of people with dementia that is, not grant applicants).

I have been equally disgusted by the commercialisation of personhood, including the commercialisation of all the contributions from the late Prof Tom Kitwood. These packages of selling care, I feel, have not taken on the field markedly in an original way since the time of Kitwood’s death. But they have been a neat packaging of freely existing original groundbreaking work, from which certain people have financially profited.

I think also it is time to call out some frankly mediocre professors in dementia whose research output or output of ideas has not been that stunning. I think at one extreme I am from an era when FR Leavis was given a lectureship in Cambridge aged around 50, but the hyperbolic titles for some people lecturing in dementia is a disservice to the majority who have contributed extensively to the field instead.

I think it is unfortunate all of this appears to have markedly deteriorated in the last few years. I do think social media has contributed. Democratisation is fine, but cult-like bandwagons are not. There are too many fads in dementia which proper leadership could be calling time on.