Ravel, composer of ‘Bolero’, who died in 1937, is thought in retrospect to have lived with PPA dementia.

The direction of travel is to develop a person-centred service for people living with dementia and their closest including primary caregivers.

There is still much interest in demonstrating beneficial outcomes, despite the scarcity of resources.

Reports are currently that speech and language input not only can improve communication in people living with PPA, but can improve wellbeing for all involved.

The current NICE guidelines (2011) make it clear that speech and language therapists have a vital role in assessment and management for people with communication difficulties as a result of dementia.

Yesterday, it was very nice to go to the PPA Support Group, this time hosted at UCL off Gower Street.

I was there with my friend Charmaine Hardy whom I had first met on Twitter through Beth Britton. 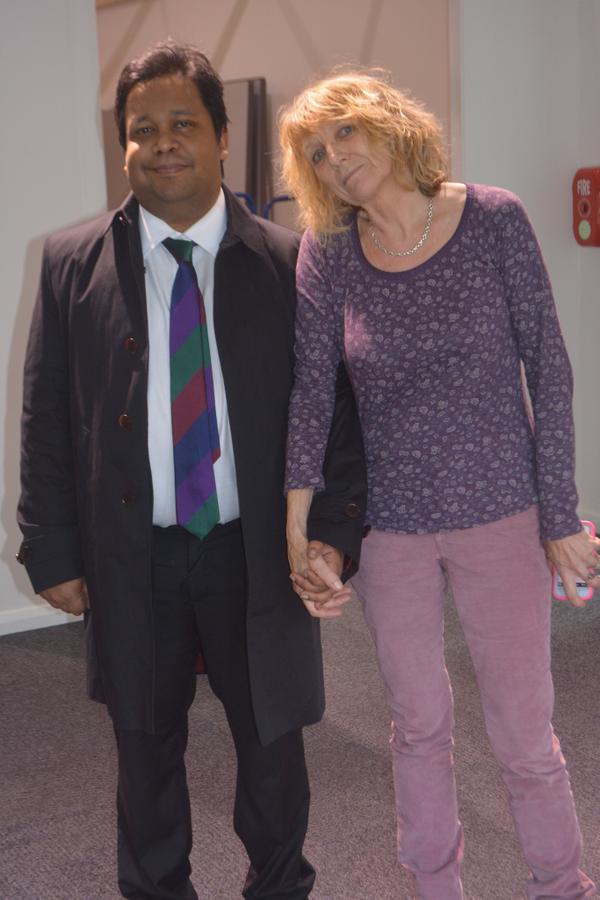 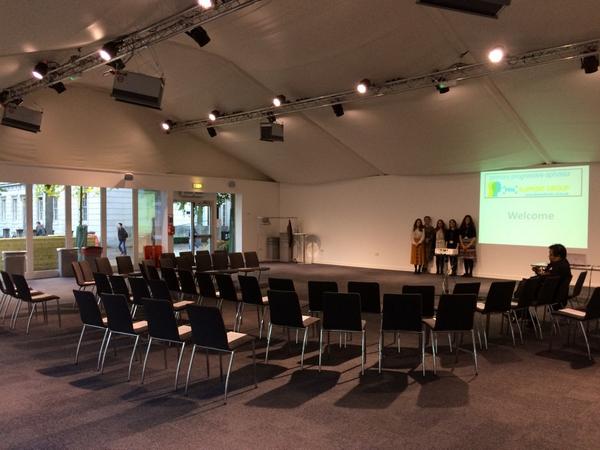 Members of the Queen Square cognitive disorders service are known to me.

Giovanna Mallucci, Jason Warren and Nick Fox were all my Specialist Registrars there – on Prof Martin Rossor’s firm – when I was the equivalent of a FY2 Doctor more than a decade ago. They now are all currently Professors (Jason and Nick at the National Hospital for Neurology and UCL Institute of Neurology).

I had a long chat with Katy Judd, the highly experienced specialist nurse on this firm. I have memories of Katy being completely wonderful. And she was wonderful yesterday. For me, there was a huge deal to catch upon.

The PPA newsletter, containing details of their activities, is here.

Anna Volkmer is a specialist speech and language therapist, from the prestigious South London and the Maudsley NHS Trust. 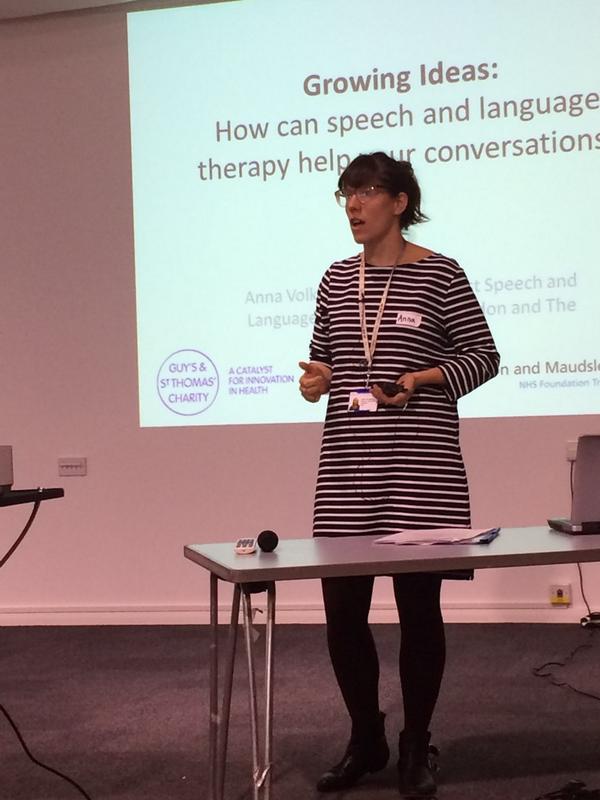 Anna is on a crusade to go from raising funds for much needed research to developing an innovative, and very much needed, service.

Anna gave a very clear presentation of her research looking at the efficacy of therapy techniques in PPA. A questionnaire survey had revealed that there was much interest in local specialists.

Sessions before the therapy were recorded. Each session was about one hour long.

The aims of therapy for each person and caregiver were different and tailored to the individual.

For example, Anna gave an example of Mr and Mrs G. Mrs G had reported much frustration with her difficulty in communicating, and her perception that Mr G ‘didn’t wish to listen any more’.

Persons with dementia (Frontotemporal Dementia- Primary Progressive Aphasia type) who have been assessed by the St Thomas’ memory clinic team (in the South London and Maudsley NHS Trust) and been referred to a highly specialist speech and language therapist.

The evidence to date had suggested that single word therapies focusing on rehearsal and semantic tasks are most likely to support maintenance of communication for people with PPA (e.g. Jokel, Rochon & Leonard, 2006).

Intervention focused on identifying communication breakdown between the person living with PPA and their communication partner using video-feedback.

One member of the audience described how he had accompanied his wife, living with PPA dementia, to a specialised speech and language unit in Chicago. This unit is apparently world-renowned, known to Anna. The delegate’s experience had been extremely positive.

Anna will be presenting at the British Aphasiology conference later this year, and has a long standing interest in PPA , having written and published on the subject.

Anna’s book on PPA – which she mentioned in the Q&A session – is here.

We then sat around in round table discussions, focused around subtypes of PPA.

Charmaine and I were on the ‘logopenic PPA’ table.

The initial characterisations of a “logopenic” (from Greek, meaning “lack of words”) presentation of PPA described an overall paucity of verbal output, with relative sparing of grammar, phonology, and motor speech,

More specialised information about this type of PPA – meant for a specialist audience – is here.

One was how it would be a great idea to involve friends or family early on, to help with communication with services from an early stage.

We also discussed how good it was to capture communication intervention techniques on video, so that analysis could also be conducted for non-verbal communication.

We discussed how both hospital and bome settings could be useful for such ‘roll out’ of the service. More research was needed how many sessions there could be, what the time intervals between each session might be, and how early on in the condition the service should take place.

A number of families had had access to speech and language services. The ‘quality’ of such services varied in style and content.

It was observed that speech and language therapists often were keen to administer tests rather than to build up a person-centred or relationships-centred rapport. However, Charmaine Hardy described how her husband had been investigated using an extensive biography approach. Charmaine is on Twitter (@charbhardy), and her profile states indeed her husband, whom she cares for too, lives with PPA dementia.

We talked about how the numbers of people living with PPA dementia were few in number in disparate localities, but how expertise could be pooled for the benefit of persons and families. Our group felt that a coherent PPA information provision, strategy, perhaps organised in both a generic and an individualised person-centred way, could be enormously helpful in service provision.

It was felt that one hour was long, possibly a bit too long provided there was an adequate number of ‘breaks'; but delegates on my table emphasised that each person was different.