The idea of all charities being fluffy and nice is long gone.

One or two have eyewatering incomes which stick in your throat somewhat. They are fully corporate in behaviour, and have access to the same tools used by other corporates (including corporate lawyers).

On the other hand, some dementia activists have ploughed on regardless with comparatively much less income.

Norman McNamara posted in his Facebook group for people interested in dementia, recently, news of a communication which he’d received.

Jeremy Hughes’ email mentioned that other symbols chosen to support and promote dementia awareness, including the Purple Angel and the Butterfly Scheme, should sit alongside the forget-me-not contributing to overall efforts to create greater dementia awareness.

Norman felt this was great. It was on the day Norman (‘Norrms’) was due to present on behalf of the Torbay Dementia Action Alliance. 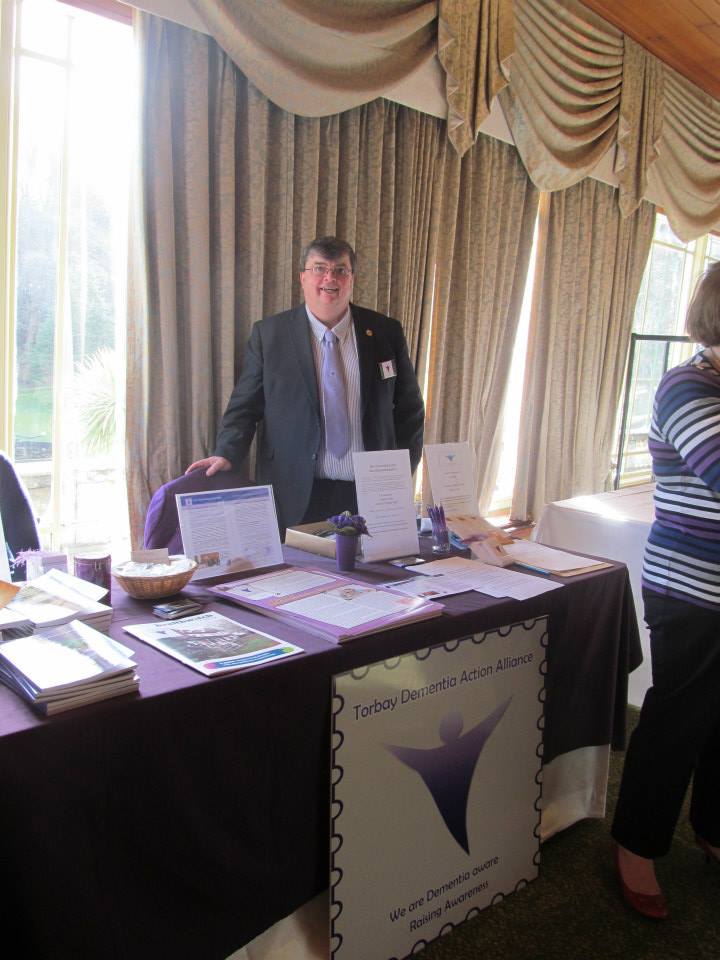 To make up for this potentially irritating situation, however, Norman has massive goodwill from persons with dementia and their friends.

In answer to my question above, “Should dementia charities trademark their campaign logos?”, a friend of mine suggested on Facebook, “they’d be mad not to.”

The idea of dementia communities is not new.

Norman’s ‘purple angel’ is in the top left hand corner of this page. Clearly the “Purple Angel” looks nothing like the “Forget me not” visually.

The “Forget me not” emblem is seen here on the “Dementia friends” website.

And adding to the confusion is the issue that the ‘forget-me-not’ is apparently the emblem of members of the Freemasons community, so that they can recognise each other. 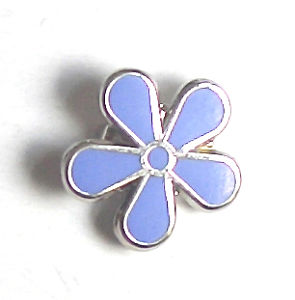 There’s also a huge number of them, some of which will have been registered despite not being that distinctive.

All of this is incredibly important legally, when you analyse how the law works for infringement of a trademark works under the Trade Marks Act (1994). The relevant clauses are s.10(2)(a) and s.10(2)(b).

The concept of friendship in dementia can be deciphered from a number of different sources in fact.

For example, the concept is a natural extension of the “connected communities” idea of the RSA. This is a programme that explores ‘social network’ approaches to social and economic challenges and opportunities.

Supportive communities are well known in Japan.  For example, Fureai kippu (in Japanese ふれあい切符 :Caring Relationship Tickets) is a Japanese currency created in 1995 by the Sawayaka Welfare Foundation so that people could earn credits helping seniors in their  community.

The basic unit of account is an hour of service to an elderly person. Sometimes seniors help each other and earn the credits, other times family members in other communities earn credits and transfer them to their parents who live elsewhere.

In Japan, there’s a strong ethos and established history of ‘befriending’, and English policy has emulated that. Imitation is the best form of flattery, but not when it comes to intellectual property law.

There’s also WHO.  The WHO Global Network of Age-friendly Cities and Communities was established to foster the exchange of experience and mutual learning between cities and communities worldwide.

Any city or community that is committed to creating inclusive and accessible urban environments to benefit their ageing populations is welcome to join.

The Joseph Rowntree Foundation initiative “York Dementia Without Walls” project looked into what’s needed to make York a good place to live for people with dementia and their carers.

They found that dementia-friendly communities can better support people in the early stages of their illness, maintaining confidence and boosting their ability to manage everyday life.

As part of this project, the team also worked with groups of people with dementia to create a dementia-friendly summary of the research.

Thus it can be easily argued that the concept of dementia friendship is generic.

This is what happened to the terms “escalator,” “cellophane,” and “aspirin,” which were originally created to serve as marks, but which became so widely used to refer simply to that type of good (any elevated moving stairway, any plastic wrap, any acetylsalicylic acid painkiller) that they lost their ability to brand.

But here, the concept of dementia friendship is already widespread in global policy.

The Alzheimer’s Society have protected their visual mark for “Dementia Friends” on the trademark register for the IPO, as trademark UK00002640312. This is across various “classes”.

A trademark in English law was traditionally used as a “badge of origin”: a mark or sign that would tell purchasers exactly who had made the particular product they were about to buy.

Today, the largest companies in the world value the goodwill that’s embodied in their names in the hundreds of millions of pounds.

Trademarks distinguish the goods or services of one trader from those provided by its competitors: e.g. a smartphone from Samsung compared to a similar one from Apple.

The overzealous use of registering trademarks is demonstrated well in the recent furore over the word ‘candy’ Gamemakers have mounted a protest against King.com after it trademarked the word “candy”.

The company trademarked the word in Europe in a bid to protect its best-selling Candy Crush Saga game. The Candy Jam webpage said the protest was in response to King.com’s action to defend its trademark.

The Candy Jam page accused King.com of being a “bully” and said the issue had now become one of “freedom and creativity”.

Here, trademarking logos for campaigns is wandering into dangerous territory, when most dementia campaigners wish to promote the concept of friendly communities. However, it is reasonable that any society should wish to act against a competitor producing confusing very similar merchandise.

Nonetheless, at an extreme, protecting the trademark, in this case represented by a commercial and corporate firm known to have a penchant for competition law in contemporary NHS legislation by the current Coalition, might be seen as a tad corporate and bullish.

Here there is an intriguing possibility of a “Goliath” medical charity exerting its right one day to take a “David” medical charity to court over an innocuous mix-up where a smaller charity, without good legal resources, setting up its own dementia friends scheme with a confusingly similar logo.

Whilst a trademark protects innovation in English law like other jurisdictions, it is also a monopolistic right which exerts an anti-competitive effect.

This is actually a formidable legal policy issue, known to Barack Obama and Abraham Lincoln.

If it shows ‘mission creep’ in the form of large charities ‘competing’ in the third sector with the help of the commercial law, that’s arguably a problem.

In theory, the Freemasons could wish to argue in court that their motif, being more longstanding, is being infringed by the Alzheimer’s Society symbol.

I am not aware that the Freemasons hold a registered trademark for the “forget-me-not” symbol. If they don’t, they are open to take a claim in the common law of tort of passing off.

However, yet another ‘forget-me-not-esque’ motif also exists on the Trade Marks Register (and do several similar others too.)

And as it is a prior motif by Landsforeningen LEV, it would be up to Landsforeningen to argue it was sufficiently similar. They would have the right to raise an objection as the Alzheimer’s Society registered their ‘dementia friends’ trademark after their ‘forget-me-not’ symbol.

The Alzheimer’s Society would only have to argue that theirs is sufficiently different because of the words “Dementia Friends”, it’s for a different sector entirely, and in a different colour. And they could easily produce survey data to demonstrate there had been no confusion, one speculates.

But the colour combo is unfortunate! 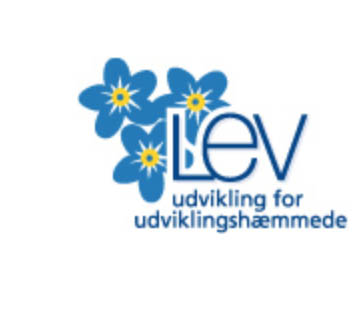 But you see what I mean?

It gets unnecessarily corporate, complicated and potentially costly to go down this route.

At worst, this registration of a trademark sends a powerful message to any other smaller dementia charities wishing to promote the concept of friends, in a move not dissimilar to pre-emptive “cybersquatting” for a domain name.

A danger here comes down to what you mean by ‘badge of orgin’.

People may think that the Alzheimer’s Society is the sole origin of the idea of friends in dementia, where as I’ve described it comes from a number of sources which have acted rather in parallel, or in a collaborative manner.

On the other hand, it is perfectly reasonable for the Alzheimer’s Society to wish to protect strongly their emblem, in case a competitor tries to copy it in such a way a member of the public might get confused with that precise initiative in which the Alzheimer’s Society have presumably invested quite a lot of time, money and effort.

But we are perhaps taking a leaf now out of the US “competition” book, which caused the market in the NHS in England to be turbo-boosted through the ill-fated “section 75″ and associated Regulations.

In the U.S. non-profit sector, there has been a growing problem with the phenomenon of ‘brandjacking’.

A guest blogpost here describes how the Christmas SPIRIT Foundation accidentally discovered an industry competitor “had created a copycat ripoff of our TweetUp4Troops effort to generate support for the Foundation’s Trees for Troops program”.

Indeed, in the article, the author describes:

Charities are able  to register a trademark, particularly if they have the funds, a visually attractive and distinctive emblem such that any infringer can take be taken to court, for an injunction or damages (for example).

But is this actually how we want charities to operate, the income source of which includes people who have given up money to further a cause very personal to them?

It is sad that certain charities are tending to work in increasingly corporate ways, with a good understanding of the application of the commercial and corporate law, to secure competitive advantage in an intensely difficult market.

The Alzheimer’s Society clearly has a head start in marketing their ‘Dementia Friends’ initiative, through their badges which can be worn by MPs in parliament.

It also has a very powerful strategic partnership with the Department of Health in promoting the Prime Minister’s Dementia Challenge.

While there is clearly a need for the Alzheimer’s Society to protect their brand in ‘Dementia Friends’, there is a difficult balance to be enforced to make sure that this does not impede smaller entrants to the market of fundraising.

This is especially critical given how difficult it has been for smaller charities and community interest groups involved in dementia to keep going, despite of or because of the Prime Minister’s Challenge.

[Many thanks to C.R. for a discussion of the meanings of an emblem discussed in this blogpost.]

I incorrectly referred to a ‘Torbay Ostrich’ in an earlier published version of this blogpost. This, of course, doesn’t exist. I was sent however kindly a possible sighting of it. 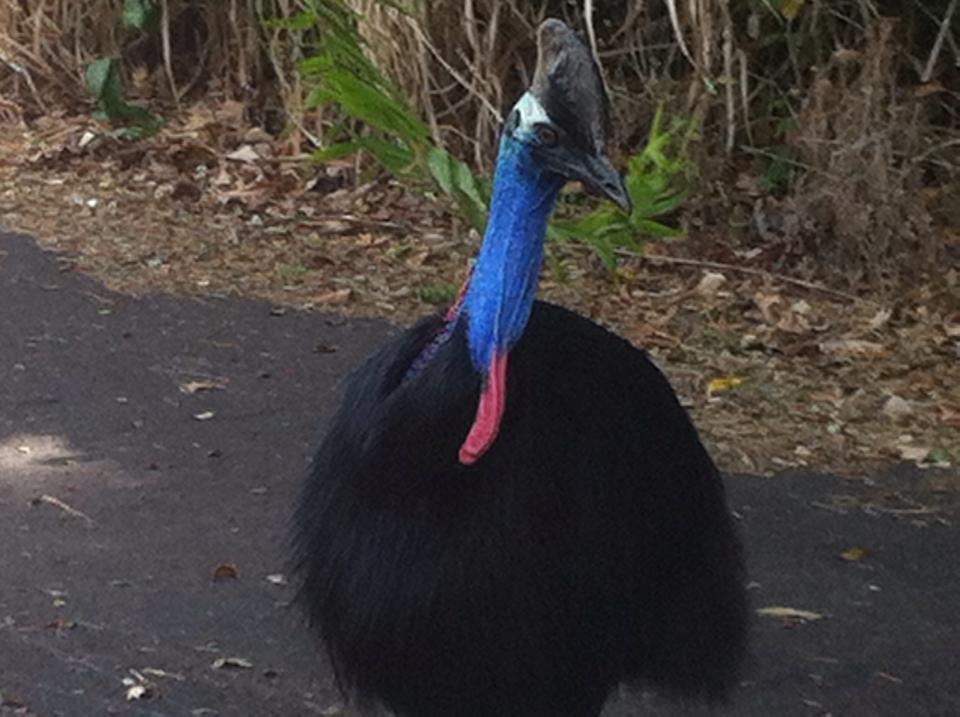