Many people living with dementia, having been told to expect the worst sometimes from some professionals, find themselves surprised when they’ve found they’ve met some nice people after diagnosis, and learnt new things.

You do not have to be religious to have hopes. Addressing emotional and physical needs are important for meeting hopes. If we talk about ‘burden’ all the time, we see the price and cost of everything and the value of nothing, to lean on a saying from Oscar Wilde. But, seriously, if you have problems with engaging with the notion of ‘hope’, pretend temporarily it’s “quality improvement”.

Hopes have to be meaningful. A hope for a better life cannot mean somebody inflicting on you ‘bingo’ or activities unless you happen to be interested in those activities in that particular time or place.

Hope might be wanting friends and family to be with you following a diagnosis of probable dementia.

Hope might be being inspired by people you respect. Here are Helga Rohra, Chair of the European Persons with Dementia group for @AlzheimerEurope, and Chris Roberts, Board Member of Dementia Alliance International (and Dementia Friends Champion, for example), who both live with dementia and spoke last week at the ADI international conference.

People’s hopes differ, but finding out what people’s hopes are is important.  To be valued, whether in employment or not, or in a loving relationship, is surely essential.

We recently stayed with Kate Swaffer, Pete and Boris up in Adelaide hills. I commend to you Kate’s recent post on living well with dementia, which concluded as follows:

“Feel free to call yourself or your loved one with dementia a sufferer, privately. It is disrespectful to feel so free to publicly label all of us living with dementia as sufferers. It seems unreasonable to me, that others get upset that some of us feel like we can live well or better, even with dementia. And this does not mean there are not many times where we do suffer, but to always label us all in that way, as if that is the experience of everyone, is unfair and disrespectful. Let those of us wanting to, live with enablement and hope.”

Life is complicated and unpredictable. I’ve long felt that anything can happen at any time.

I have real concerns about clinicians pinning all hope on a “cure”. A cure might bring hope, if properly defined; but we have to be able to say what a cure might look like, for whom. But there is no doubt that a cure perhaps to stop the build up any causative toxic agents in dementia in the brain would be great if appropriately timed, and if safe, and collaboration I feel is a ‘must’ for this hope to have lift off.

Moving the target from the “cure” to give people hope living with dementia, whichever one of the hundred of dementias that is, is not “giving up”. It is a fundamental reshifting of the narrative from the ‘managed decline’ philosophy of ‘prescribed disengagement‘ (as described by Kate Swaffer) to a genuine attempt to meet people’s beliefs, concerns and expectations.

An expectation might be for an employer to be sympathetic that a person who has just received a diagnosis of dementia is not wildly different to how he or she was just a few days ago.

That is, corporates, resources permitting, should be able to embrace ‘thought diversity’, and find a rôle for an employee which is most suited to someone’s cognitive abilities.

This is the fundamental aim of rehabilitation, and using an understanding of disAbilities to give control to people’s lives.

This is what I encountered many times in the Alzheimer’s Disease International conference last week at Perth, Western Australia, in discussions of “agency”. Mick Carmody is a person living with dementia from Queensland, Western Australia, who I have seen first hand to have benefitting hugely from encouragement from the Dementia Alliance International, a group of people living with dementia.

With many people with dementia facing an incomplete recollection of events, sometimes relating to himself or herself, facing the future can of course be demanding.

Fear is a historic theme.

But in the place of fear, some tentative plans can be made.

I spent this morning chatting with Prof Olivier Piquet at NeuRA here in Sydney, Australia.

Olivier happens to be known well to two colleagues of mine, Prof John Hodges and Prof Facundo Manes who wrote Forewords to my first book, “Living well with dementia”. Olivier explained to me a tranche of his research on the cognitive decisions involved in making plans for the future, whether or not demanding an assessment of risk.

I was familiar with this from another context: a failure to anticipate future outcomes from making dodgy decisions, which is what can happen following problems with the anterior part of the frontal lobe, at the very front of your brain. Of course, living life to the full involves some risk, whether or not you live with dementia.

I live in hope of certain changes to be made in world policy: that is a shift from ‘dementia friendly communities’ to ‘dementia inclusive communities’, for reasons I have recently described. The term ‘friendly’, with good intentions, oversteps the boundary concerning “otherness” for me.

But here Alzheimer Australia and the UK Alzheimer’s Society, for example, have made massive inroads I feel.

I personally derive hope from the people around me. I have double vision and am physically disabled, and in recovery from alcoholism, but I do not see myself as a ‘sufferer’.

Alice is ‘Still Alice’, and Richard is ‘Still Richard’.

I have just spent two weeks in the company of the most wonderful people I have ever met, in fact. 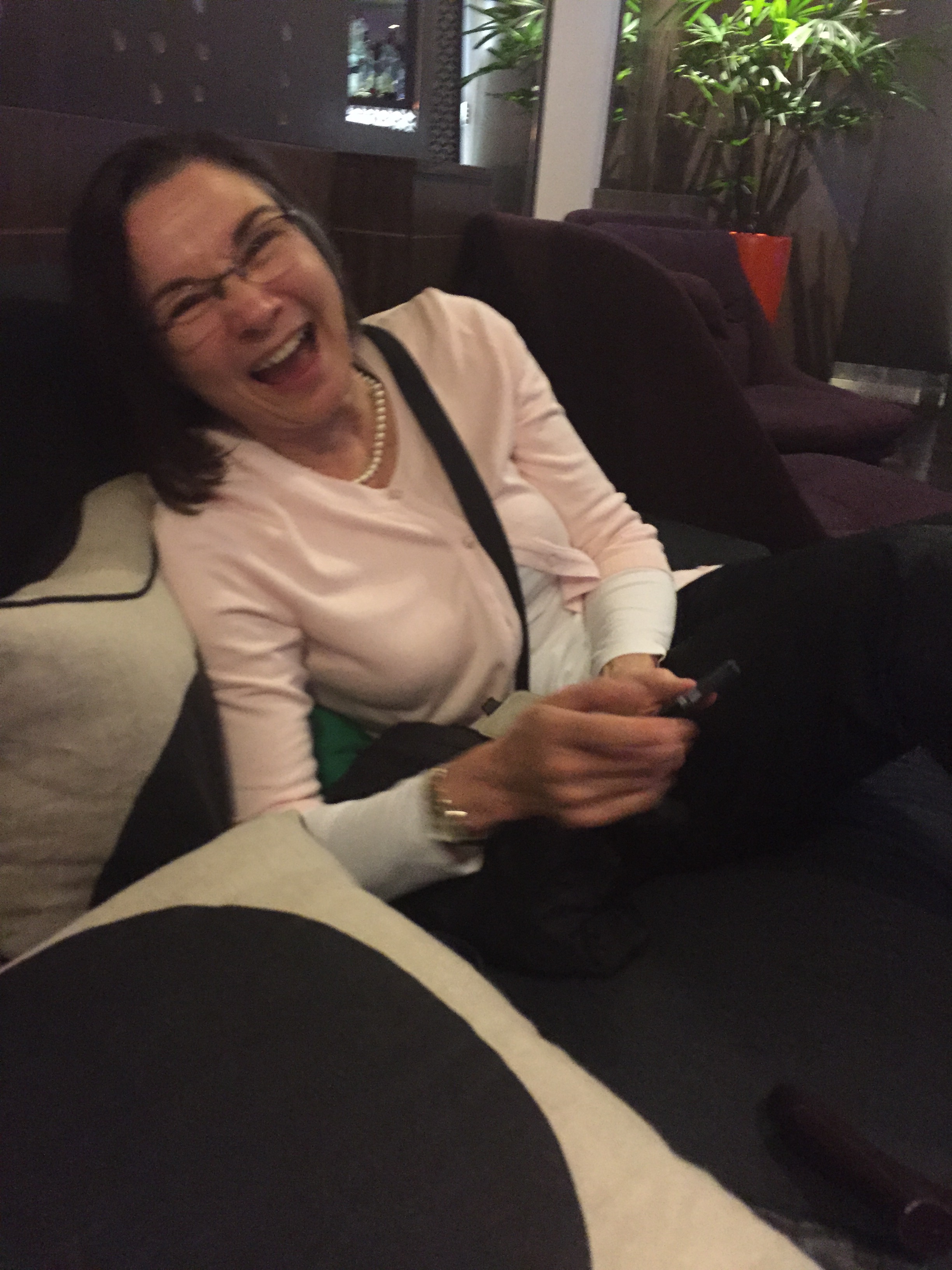