Before contemplating approaches to ‘living well with dementia’, and how you could even measure it, we need to have an understanding of what “wellbeing” might be, and why it is currently considered important in public health policy circles and beyond.

The first thing to think about is: what does it actually mean to live well, in other words wellbeing?

Historically, Jahoda (1958) is usually regarded as the first person to have promoted the idea of positive mental health, which she defined in terms of six elements of positive functioning: ‘attitudes of an individual towards his own self’, ‘self actualisation’, ‘integration’, ‘autonomy’, ‘perception of reality’ and ‘environmental mastery’.

Huppert, Baylis and Keverne (2004) for their Royal Society meeting in 2004 further propose a definition of “wellbeing” as follows:

For the purposes of the Discussion Meeting, we defined wellbeing in broad terms as ‘a positive and sustainable state that allows individuals, groups or nations to thrive and flourish’. This means that at the level of an individual, wellbeing refers to psychological, physical and social states that are distinctively positive. Positive psychological states are exemplified by emotions such as happiness and contentment, attitudes such as generosity and empathy, and mental processes such as cognitive capabilities, interest and motivation. Positive physical states are characterized (sic) by vitality and physical capabilities, while positive social states include satisfying social bonds and loving relationships. Our definition of wellbeing also encompasses human resilience—the ability to survive and thrive in the face of the setbacks inherent in the process of living.

Wellbeing as a goal

Wellbeing has become an important goal in itself, both here and in the U.S. among many other jurisdictions.

Wellbeing is truly a concept that crosses across a number of different subject disciplines, and for many there are common attractions in using it as a national policy goal. Quoted by Juliet Michaelson (2012) of the New Economics Foundation Cente for Wellbeing, the head of the USA’s central bank, Federal Reserve chair Ben Bernanke, offered that:

“The ultimate purpose of economics, of course, is to understand and promote the enhancement of wellbeing. Economic measurement accordingly must encompass measures of wellbeing and its determinants.” 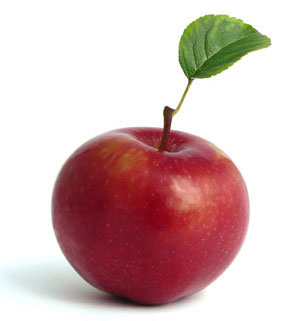 There are currently at least four good key reasons at least for a focus on wellbeing:

According to Norton, Matthew and Brayne (2013), population ageing over the first half of this century is likely to lead to dramatic increases in the prevalence of dementia. This will affect all regions of the world, but also (it is said) particularly developing regions. Dementia projections have been used extensively to support policy. It is therefore important these projections are as accurate as possible. By the middle of this century, around 1 in 5 of the estimated 9 billion world population are expected to be aged over 60-years, compared to around 1 in 10 in 2000 (United Nations, 2004).

Furthermore, according to Luengo-Fernandez, Leal, and Gray (2011), dementia was estimated to cost the EU €189 billion in 2007. 68% of total costs were due to informal care, 26% to social care, 5% to health care and 1% to “productivity losses”. Therefore, dementia has posed a significant economic burden to European health and social care systems, and society overall, and it is extremely likely that it will continue to do so. The EURODEM consortium found that among European studies, using similar methodologies and diagnostic criteria, there were only trivial differences in the age-specific prevalence of dementia (twelve studies) and DAT (six centres), concluding that ecological comparisons were unlikely to be informative about aetiology (Rocca et al., 1991).

Michaelson, J. (and the New Economics Foundation) (2012) The importance of measuring wellbeing http://www.neweconomics.org/blog/entry/the-importance-of-measuring-well-being.