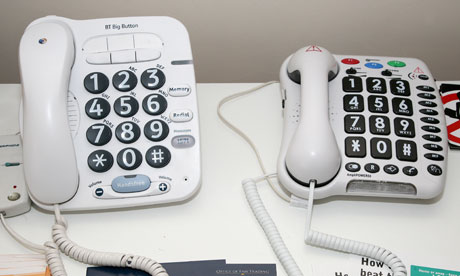 It is widely propagated in the media that the two major drivers for ‘increased costs of caring’ for the National Health Service (NHS) comprise the ageing population, as well as the increasing rôle that technological advances will play. Both factors are of course subject to ferocious debate regarding the economic sustainability for the NHS, but certainly one potent myth is that assistive technologies are always expensive. This is not true, and the field of assistive technologies is ever expanding.

David Gems (2011) argues that gerotechnology is at the heart of living well in the context of aeing:

[Another] goal of research on ageing is to improve the health of older people. Here, biogerontology is akin to other biomedical research topics, sharing with them the goal of understanding the biological mechanisms that underlie pathology. The particular value of such understanding is that it enables the development of therapeutic treatments, leading to improved health and wellbeing.
A formidable challenge still remains in the relative lack of evidence for pursuing good design principles as well as assistive technologies in improving living well with dementia. For example, the National Dementia Strategy (2009) provides the following.

The evidence base on design principles is sparse, but there is consensus on key principles and a number of good practice checklists are available. There is a more substantial evidence base to show the opportunities offered by assistive technology and telecare to enable people with dementia to remain independent for longer, and in particular to help the management of risk. But the data on newer approaches are still sparse and inconclusive. An evaluation of one scheme demonstrated cost effectiveness and reports of improved quality of life. Large-scale [Department of Health] field trials of such technology are currently under way.

Dementia conditions have the potential to make day-to-day life more difficult. It is clearly very difficult to ‘know’ what an individual feels in terms of his or her wellbeing, even if he or she is unaffected by dementia, even though a conceptual framework of general consciousness is now under way (see, for example, Crick and Koch, 2003). Indeed, as Greenfield (2002) explains, the relationship between the words ‘consciousness’ and ‘mind’ merit attention.

Emotions play a critical role in the evolution of consciousness and the operations of all mental processes (Izard, 2009). Little things like mislaying keys, forgetting to turn off the taps or leaving the gas unlit can prove frustrating or even create hazards.

Orpwood (2007) has argued that mechanisms underlying consciousness and qualia are likely to arise from the information processing that takes place within the detailed micro-structure of the cerebral cortex. It looks at two key issues: how any information processing system can recognise its own activity; and secondly, how this behavior could lead to the subjective experience of qualia. In particular, it explores the pattern processing capabilities of attractor networks, and the way that they can attribute meaning to their input patterns and goes on to show how these capabilities can lead to self-recognition. That paper suggests that although feedforward processing of information can be effective without attractor behaviour, when such behaviour is initiated, it would lead to self-recognition in those networks involved. It also argues that attentional mechanisms are likely to play a key role in enabling attractor behaviour to take place.

There has become a growing feeling that ‘assistive technologies’ (AT) may provide more support for the carer than for the individual with dementia (Kinney et al., 2004), or to ease service provision. However, there have been some noteable exceptions to this focus on security and safety, such as the work of Topo and colleagues (Topo et al., 2004) on the enjoyment of music, and Alm and colleagues (Alm et al., 2005) on general reminiscence.

However, the influence of engineering on the quality of life research has come to a fore in most recent years (for example Orpwood et al., 2007). The INDEPENDENT study has been specifically aimed at designing technology to support quality of life. This collaborative project involved academic engineers, social scientists and architects, together with representatives of user groups and a manufacturer. The design work was based on a comprehensive user survey in which people with dementia themselves highlighted the factors which affected their quality of life. These data were analysed through a series of multidisciplinary workshops through the whole consortium.

There have been, nonetheless, a number of concerns raised about the assistive technology. Roger Orpwood submitted the following comment to the consultation held by the Nuffield Council on Bioethics summarised in ‘Dementia: ethical issues’ between May 2008 and July 2008.

Care professionals often express concern about the use of assistive technology because they see it as something to replace human care. There is no doubt that there is a real danger that some purchasers may see it in this way, either to save money on the part of local authorities, or to reduce the need for direct support on the part of relatives. Those of us involved in developing such equipment see it more as augmenting human care rather than replacing it. However there are some things technology can do that is better than human support. It doesn’t get tired or frustrated, it can operate 24 hours a day, and it clearly doesn’t get upset by the behaviour of the person with dementia. There is evidence from our own work that technology can provide a much clearer picture of how the user is getting on than can care staff. Our last client in London had a major sleep problem that no-one had picked up, but as soon as our sensor network was turned on the problem shouted at us. So technology has an important role to play, and can do some things better than human carers, but it cannot be a replacement for human care, and all the expression of feeling, empathy and understanding that humans can provide. There are major ethical concerns if it is viewed as a replacement.