In Prof. Felicia Huppert’s latest chapter entitled, “The state of well-being science: concepts, measures, interventions and policie”s, to appear in Interventions and Policies to Enhance Well-being (Huppert, F.A. and Cooper, C.L. (eds.) ), Prof. Huppert re-establishes the perspective that it is possible to demonstrate wellbeing even in the presence of a label of a clinical diagnosis. This aligns itself  nicely with the argument which I have been advancing, that it is the possible to enhance the wellbeing of an individual with dementia through careful consideration of his or environment. For example, one could attempt to make the home or ward better designed, attempt to involve the individual with leisure activities or general activities (such as reminiscence therapy), seek to encourage adoption of assistive technologies or assisted-living technologies, or try to encourage more social activities including participation in a wider community. However, Huppert and So (2013), to establish what components comprise well-being, have examined carefully the internationally agreed criteria for the common mental disorders (as defined in DSM-IV and ICD-10) and for each symptom, listed the opposite characteristic. This resulted in a list of ten features which represent positive mental health or ‘flourishing’. These are: competence, emotional stability, engagement, meaning, optimism, positive emotion, positive relationships, resilience, self esteem, vitality.

Just as symptoms of mental illness are combined in specific ways to provide an operational definition of each of the common mental disorders, they proposed that positive features could be combined in a specific way to provide an operational definition of flourishing. The diagnostic criteria for a mental disorder do not require that all the symptoms be present; likewise, the operational definitions of flourishing (Keyes, 2002) do not require that all the features of positive feeling and functioning be present. There is currently a relative paucity of literature on the efficacy of psychological techniques such as “mindfulness” in enhancing wellbeing in individuals with dementia, but it is possible that innovative ways of improving any aspects of the multi-dimensional construct could be developed through such a technique. Among the reported benefits of mindfulness training in other populations, which are related to subjective well-being, are: reductions in stress and anxiety, increased positive mood, improved sleep quality, better emotion regulations, greater bodily awareness and increased vitality, and greater empathy (Huppert, in press.)

Clearly, ignoring the economic climate of an individual with dementia is not going to be possible, although I have thus far successfully managed to avoid such a discussion. The data reported in Huppert and So (2013) are from 2006/07, two years before the severe economic recession from which many countries have since suffered. Huppert (2013) argues that it would be very interesting to know if the recession has changed the prevalence of flourishing or its component features within and between countries, and the extent to which country rankings of the prevalence of flourishing may have altered. Relatively recent data from the Gallup World Poll show almost no impact of the economics crisis on subjective well-being in the UK (Crabtree, 2010). However, one clearly has to acknowledge the ‘social determinants of health”, famously described by Marmot (2012) as: “Mental health and mental illness are profoundly affected by the social determinants of health; psychosocial processes are important pathways by which the social environment … impact [s] on … physical and mental health … ”  Indeed McKee and colleagues (McKee et al., 2012) make a constructive but profoundly depressing link between illbeing and austerity:

“For many months, the political and financial aspects of the crisis have filled the headlines. However, behind those headlines, there are many individual human stories that remain untold. They include people with chronic diseases unable to access lifesustaining medicines, persons with rare diseases who are losing income support and forced to care for themselves, and those whose hopes of a better life in the future have been dashed see no alternative but to commit suicide. So far, the discussion has been limited to finance ministers and their counterparts in the international financial institutions. Health ministers have failed to get a seat at the table. As a consequence, the impact on the health and wellbeing of ordinary people was barely considered until they made their feelings clear at the ballot box.”

More optimistically, Huppert and So (2011) argue that this parcellation of the positive wellbeing multidimensional construct may be useful for developing targeted interventions:

“If a population group is high on some features of well-being such as positive relationships, but low on others such as engagement or resilience, it is clear where interventions should be targeted.” 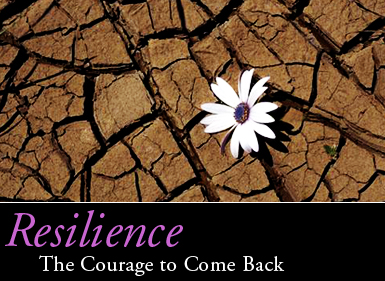 Psychosocial resilience is a dimension of wellbeing which perhaps will be worth considering in detail, of how an individual and immediates might be able to cope and adapt to future adversity. This indeed is reflected in a definition of psychosocial resilience as provided by Williams and Kemp (in press) as “a person’s capacity for adapting psychologically, emotionally and physically reasonably well and without lasting detriment to self, relationships or personal development in the face of adversity, threat or challenge.”  Reaching a logical conclusion, whilst there might be aspects of life which encourage illbeing, a reasonable strategy might be to strengthen components which can help to improve specific aspects of wellbeing. This would not have been possible had it not been for the work of Prof. Felicia Huppert and colleagues emphasising that wellbeing is a multidimensional construct, in the same way that it is widely acknowledged that it is unhelpful to think of dementia as a unitary diagnosis.

Notwithstanding this, it appears that the analysis of ‘living well in dementia’ is now benefiting from an approach which has led to an appreciation that no dementia is clinically the same; nobody’s wellbeing is exactly the same, because of the way in which all the contributing parts have come together. This approach is elegant, holds incredible promise for the future.

Department of Health (2012) No health without mental health: implementation framework, available at: https://www.gov.uk/government/uploads/system/uploads/attachment_data/file/156084/No-Health-Without-Mental-Health-Implementation-Framework-Report-accessible-version.pdf.pdf