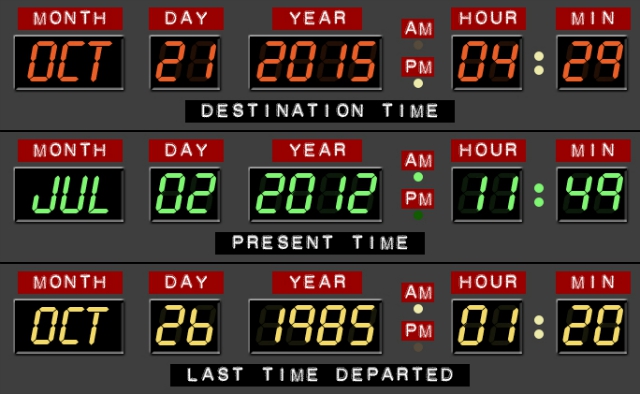 Medicine was very different in 2015, compared to 1985; even more so than 1955. If the past is a ‘different country’, the future for medicine most certainly is. They will do things very differently there.

I first encountered Richard Susskind’s very challenging work in a building called CentrePoint off Tottenham Court Road. I was there for a conference on the future of the legal professions. Richard was a keynote speaker.

At that time, it was becoming mainstream to question the ‘billable hour’ model of fee charging. Richard Susskind tells of a story when a member of his family was given a holiday job to lick envelopes; and she queried how that made sense as she was being incentivised ‘to take her time’.

And various variants of this story exist. For example, if you were to pay workers to excavate a motorway, financially it would make more sense if workers were given spoons to do this not shovels, if they were being paid per hour.

Whatever your political ‘bag’, one cannot easily argue that the “purpose” of dementia is to keep clinicians or businessmen in gainful employment. Anyone who has experienced professional work in the law or medicine recently quickly realises that there is not a finite demand. In fact, demand appears to be increasing all the time.

I know from my personal viewpoint in the dementia sphere that not all work done by professionals is non-routine work. I welcome very much the debate on the future of the professions which Richard and Daniel Susskind have started.

I never expected, a few years ago, that you could be able to wave your smartphone in the air, and then use an app to capture a few seconds of that song to identify the exact track. There are computers now which can solve the Rubik’s cube; or predict the outcomes of patient applications; even faster than their counterpart humans.

When one considers the ‘expertise’ of senior medical professionals I worked for, a vast majority of their expertise can be attributed to a vast personal databank of patterns of situations they’ve encountered before. As a medical professional spends more time in practise, one could expect legitimately the ‘judgement’ involved in that expertise to be better.

But I don’t think it is object to do this computational predictive task on the basis of millions of cases, rather than tens of thousands, or even hundreds if you’re newly qualified.

I dare say that a computer processing cognitive profiles of people across time can contribute to a ‘commons’ where it might be possible to predict whether someone is likely to be living with a dementia. It might also be possible for this computational task to be completed more accurately. As a patient, I will be most interested in the accuracy of the diagnosis.

The beauty of the thesis presented by the Susskinds is that it forces people in the medical profession to think about what this profession does which is so different. Members of my profession involved in the medicine of dementia do everything from taking blood, filling forms to order MRI scans, look at results, and talk to patients.

I think some aspects of the medical care of dementia does need ‘human input’ more than others. For example, it is hard to conceive of difficult conversations in end of life care to be achieved through a ‘Ask…’ computer, like the sort you see in telesales.

I wholeheartedly agree also that there are tricky issues to consider for an increased rôle of technology. The English law has managed to consider whether it is possible to make a contract with an automatic ticket machine. But I do agree with the Susskind concern of whether you’d want a computer to make a decision to turn off a life support machine, or to decide a life sentence.

But I don’t think the question which the Susskinds articulate is as binary as they would like to present. For example, would you, if you didn’t accept the turn off the life machine decision, feel happy if a computer did part of the decision-making involved in determining a ‘do not attempt to resuscitate order’? One could imagine an algorithm existing, for example on the degree of co-morbidity, or even previous health. It is human nature to look for other humans to blame, or at least hold to account, if something goes wrong.

Older patients and immigrants have been blamed for the rising costs of the health services, but as medicine becomes more advanced technology could be a contributing factor  to these rising costs. Or maybe not. Possibly intelligent use of technology could mean that more routine work is done more inexpensively.

For me there is an unintended consequence of making everyone with a cognitive impairment to be potentially in the early stages of dementia. Far from ‘demand management’, this approach might accidentally open the floodgates inadvertently. This could mean that everyone becomes a potential customer for pharmaceutical companies wishing to sell products, like statins to reduce blood cholesterol in certain susceptible individuals.

This is tricky politically. One could likewise argue that a man in his 40s legitimately should be able to exercise choice in preventive strategies for dementia, rather than wait for his 70s where with advanced dementia his choice might be more restricted as to his choice of care home.

Intrinsically, I do not see the use of technology including artificial intelligence as ‘competing’ with the medical profession. A liberalised approach does not necessarily mean an unregulated approach, and an overregulated approach can sponge up limited resources.

I asked a London black cab driver, who also had a Hailo sign in his window, what his views were. ‘Hailo’ is an app where you can hail a nearby cab by use of your smartphone fitted with GPS. He laughed, and explained, “you can’t regulate against invisibles anyway.” By this he explained some cabs in a liberalised market might be cheaper, but actually some of their cabbies might lack liability insurance for injury of their passengers.

‘Invisibles’ exist currently anyway. A medical professional deciding to prescribe a cognitive enhancer which he or she might have seen in a drug company sponsored event at lunchtime for all you know?

But there is definitely a strong case for matching the supply of professional medical advice to demand. I think for far too long the organisation of healthcare has been through the prism of money as the scarce resource.

I think if we turn this on its head, and see expertise as the scarce resource (and I mean ALL expertise including the expertise of persons with dementia and carers), we could find an altogether different narrative developing as to how to organise medical professional services for dementia in the future.