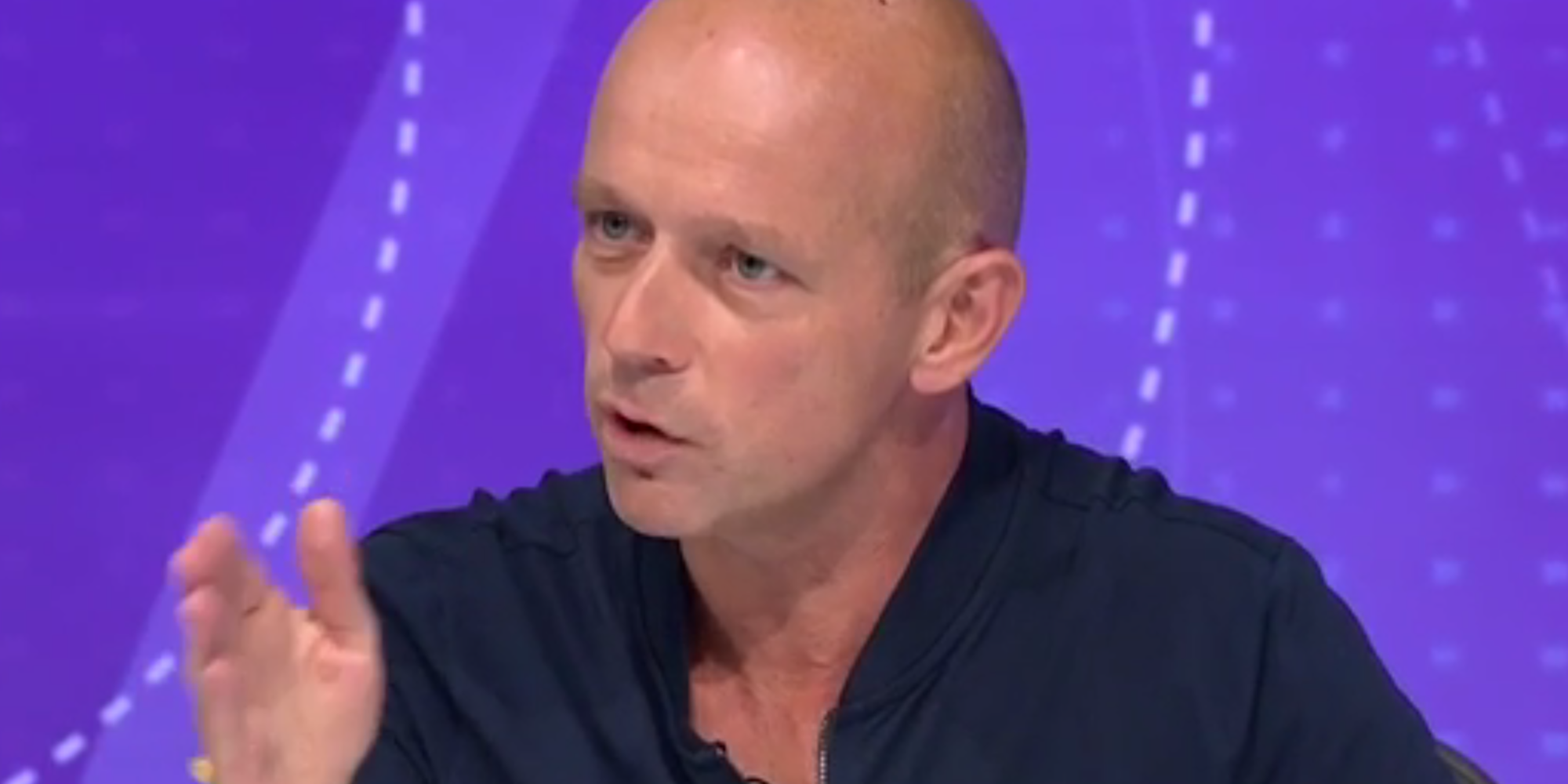 As the neverendum talk perhaps is beginning to wind up, both sides in the European referendum debate are getting their closing speeches to invite you to use your vote in the UK to decide on EU membership.

This week, it was a chance for Steve Hilton, former advisor to the current Prime Minister David Cameron MP, to trot out the standard Brexit arguments. One of them, he emphasised at one point, is: “The biggest risk is the future.” I politically have much more in common with Steve Milton from Innovations in Dementia – though that other Steve isn’t fond of Mr ByeRight T-shirts.

Of course, it is impossible to make the future fool-proof. Dementia is the most feared condition in adulthood, it appears, and it is standard practice for national and international Big Charity to prey on this fear to raise funds. This shock doctrine, in combination with the “one last push” from tabloids such as the Daily Express, is only let down by the harsh reality of the actual scientific evidence.

This negative result about bapineuzumab for mild to moderate Alzheimer’s disease in two global, randomized, phase 3 trials, for example, was only published officially about a fortnight ago. 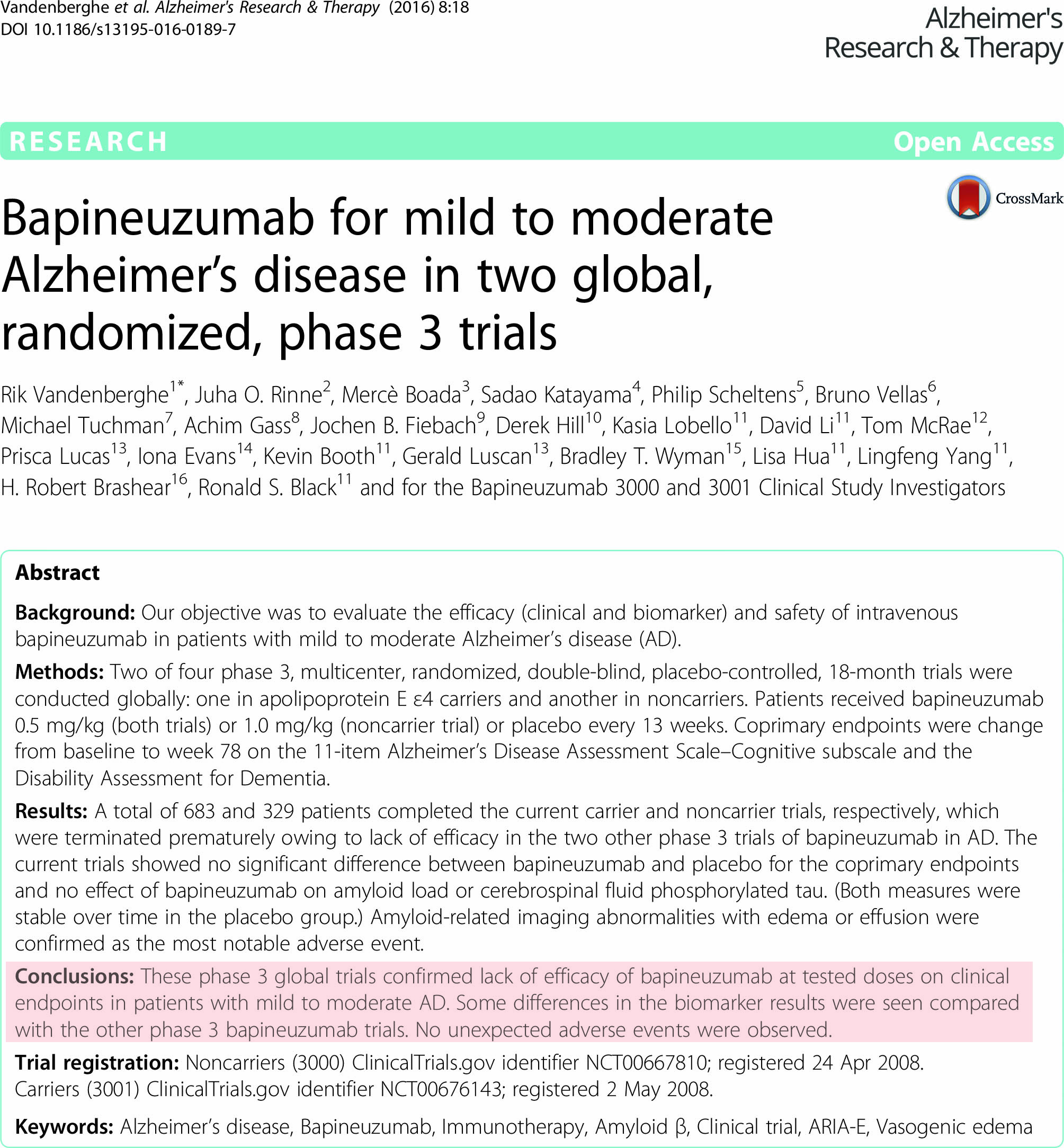 But the mood music of the press release about this drug from the Alzheimer Association in 2012 was somewhat different. Money is incessantly being pumped into this particular area in dementia.

“The urgency is clear. By midcentury, care for people with Alzheimer’s will cost the U.S. more than $1 trillion every year. This will be an enormous and unsustainable strain on the healthcare system, families, and federal and state budgets. Better treatments and prevention strategies are absolutely necessary to reduce the financial and personal toll the disease takes on individuals, families and the healthcare system now and in the immediate future.”

Big Charities deliberately ramp up the fear to encourage you to fund raise for dementia. This is particularly unfortunate in the UK where a big ‘cure for dementia’ has actually not been forthcoming, whereas social care and intermediate care funding have been on its knees meaning that many adult patients cannot get discharged in a timely way from acute hospitals. This predictably is ruining the patient and carer experience for many. It’s been estimated that 30% at least of all adult admissions for medicine involve someone with dementia.

The fear of the diagnosis can mean that someone, or his or her own friends and family, might delay seeking out an official diagnosis of dementia. I feel, however, there has been a substantial, if not complete, turnaround in societal attitudes towards dementia in England through initiatives such as ‘Dementia Friends’ from the Alzheimer’s Society. But national campaigns are unable to eliminate stigma, prejudice, discrimination and outright bigotry.

Closing the diagnosis gap was not simply down to a reluctance of general practitioners to diagnose dementia, although general practitioners were often blamed publicly for this. Alzheimer’s Scotland at the beginning of June are about to debate whether diagnosis and management for dementia should take place in primary and secondary care, but the mere title of this debate is a huge insult to patients. Patients should be able to choose the venue of where this discussion takes place – it should be beyond the power of professionals to choose where this diagnosis and post-diagnostic support takes place, whatever the actual answer to the question might be.

Take for example the 430,000 people living in care homes. A substantial proportion of them will be living with a dementia such as Alzheimer’s disease, and it would help to meet their care needs if a carer knew this. For example, a care home resident may not be able to remember some interactions he has had with a carer, or may not be able to remember whether he has taken his medication that morning.

Or, take a frail lady who falls over with a subsequent acute admission to a NHS hospital. She might be given a CT scan showing volume loss of brain, and with a background of blood results not explaining cognitive problems and a history of worsening memory problems, and it might be a case for a diagnosis of dementia to be approached.

Courage to face one’s fears is a pervasive strand, whether you’re a recipient or provider of care services. Courage involves making a decision, often in the face of some fear, about the future. Indeed, cognitive neurology research has now consistently shown that one of the cognitive symptoms of people with dementia might in fact be a lack of awareness of problems, or indeed a specific lack of ability to predict forward into the future. This interesting phenomenon is called ‘prospection‘, and future research into this area would be valuable.

So, I feel Steve Hilton is right in the sense that the ‘biggest risk is the future’. But having a diagnosis of dementia is ‘not a death sentence’, in that many people with dementia can live as well as possible for many years with the right care and support. Planning might not just be in care but also in financial and legal affairs. It is said that facing the future is easier in dementia once you finally have an explanation, such as for worsening memory problems. But dementia is not just about memory.

A big risk for people with dementia ‘suffering’ is people with dementia suffering from never-ending cuts to the NHS and social care. That is the reality of the situation, and it is time Big Charity campaigned on that too. Disappointingly this week, there was no representation of people living with dementia giving a talk at the global #WHA69 summit, although they was no shortage of the usual hobnobbers bigging up the successful political leadership. But it’s worth noting that some people would not have had ‘seats at the table’ at all had it not been for certain people with dementia who had put them there.