Research from McKinsey’s and Company recently argued in a document entitled “What it takes to make integrated care work” that integrated care can be implemented in virtually any health system. However,
three elements are necessary to ensure success.

They are: a clear focus on specific segments/diseases, an emphasis on multidisciplinary care, and key support systems including clinical leadership and information sharing.

NHS Change Day 2013 was the biggest day of collective action for improvement in the history of the NHS. A countrywide event in England, NHS Change Day was a grassroots initiative devised and driven by a small group of emerging clinicians and improvement leaders. Their idea was to create a mass movement of National Health Service (NHS) staff demonstrating the difference they can make by one simple act, proving that large-scale improvement is possible.

You can read more about the NHS Change Day here.

NHS Change Day created a sense of urgency by focusing on a single day of collective action. In many cases Change Day provided the necessary prompt to galvanise and amplify activity that was already planned.

The story in fact began in 2012 when a conversation began on Twitter betweena GP and healthcare improvement thought leader. GP Dr Stuart Sutton had just attended Helen Bevan’s talk on “Building Contagious Commitment to Change” as part of the learning programme run for Darzi Fellows by the King’s Fund. Helen had worked for years to apply social movement principles to improving health care. Trained in community organising methods, Helen encouraged others in the NHS to learn from leaders of great social movements, people who had few resources, no hierarchical and positional power, but who delivered results by building power through collective action.

Pledges have come from many and different areas of health and social care (see “the Wall”).

My pledge is here.

Medications are not the only fruit.

@legalaware although a pharmacist, I don’t think we should rely on drugs for many conditions. Especially dementia

There is actually something very clever happening here with NHS Change Day – and could be a big deal for how the NHS and other caring establishments consider how to care in dementia.

Distributed leadership highlights leadership as an emergent property of a group or network of interacting individuals. These individuals might include academics, carers, people with dementia, members of the public, innovators/passionate people in the NHS, private companies, community interest groups, corporates, social enterprises, and so forth. They do include medical thought leaders, experienced in the dementias and ethics, too such as Dr Peter Gordon (@PeterDLROW). This contrasts with leadership as a phenomenon which arises from the individual.

Also, contrasted with numerical or additive action (which is the aggregated effect of a number of individuals contributing their initiative and expertise in different ways to a group or organisation), concertive action is about the additional dynamic which is the product of group activity. Put simply, “the whole is greater than the sum of its constituent parts”. The idea of a power network having massive collective action is an altogether different way of doing things, compared to leaders in large charities or government having a lot of powerful and influence.

A distributed leadership suggests openness of the boundaries of leadership. This means that it is predisposed to widen the conventional net of leaders.

Furthermore, distributed leadership entails the view that varieties of expertise are distributed across the many, not the few.

There’s also an interesting narrative about ‘ties’, which is briefly touched upon in the de-briefing from last year’s #NHSChangeDay. 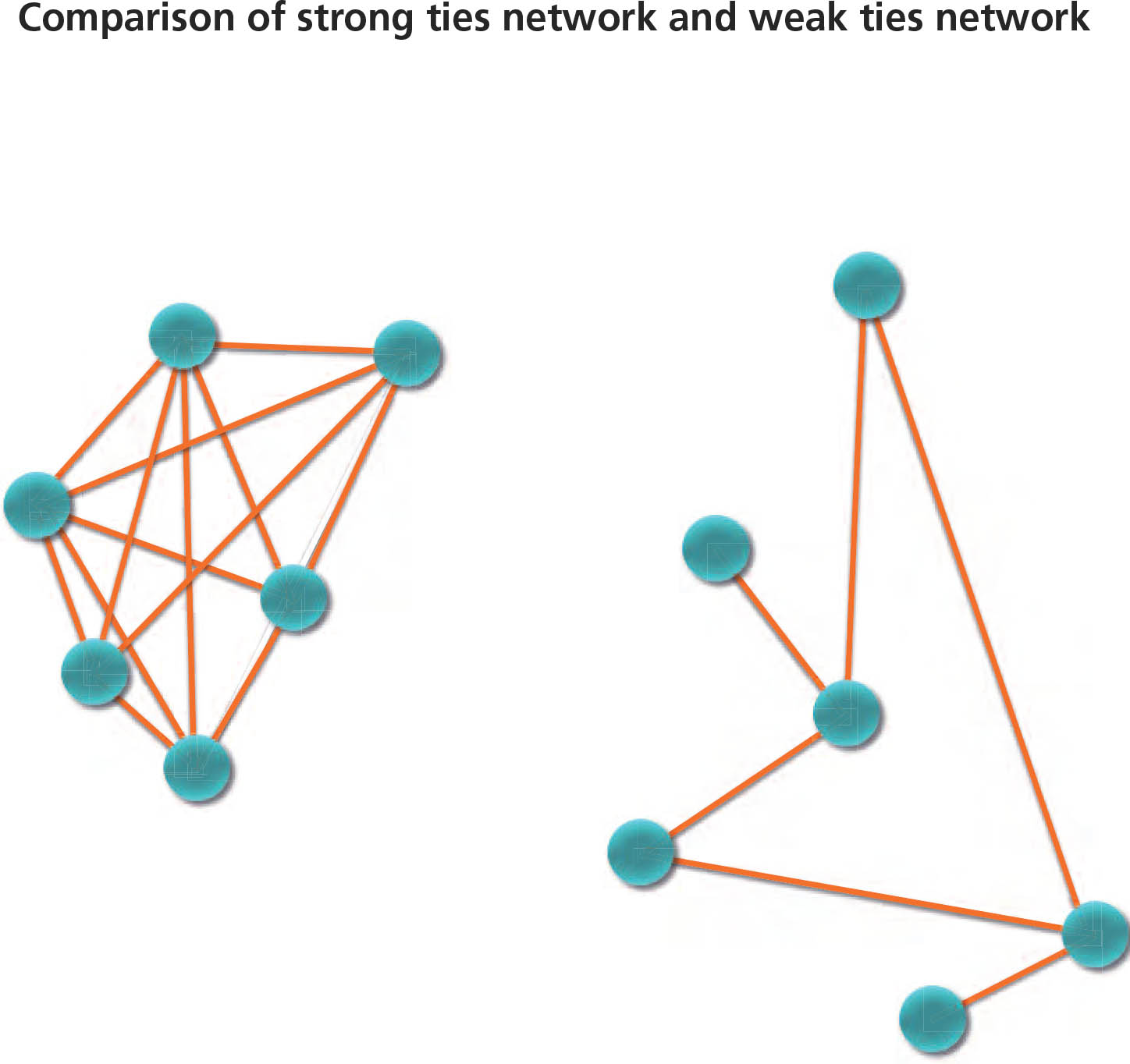 NHS Change Day created what one member of the core team called ‘thousands upon thousands of weak ties at the operational level.’ Quite simply – who knows who’ll you be speaking to on Twitter?

It could be Prof Burns, the national clinical lead for dementia (@ABurns1907).

“Our job is to put in place a platform and tools where we do nothing, but which enables other people to do it for themselves. That will enable change that we won’t even know is happening. We will provoke conversations and relationships between different groups of people in different parts of the NHS that will make lots of little changes that will build up to a big change.” (Joe McCrea).

My pledge for #NHSChangeDay explicitly asks people in health and social care to ask a person living with dementia – and/or carers – what their beliefs, concerns and expectations about living with dementia might be. Advocates for personal experiences of current living with dementia themselves must be a crucial part of that experience (for example Norman McNamara [@NormanMcNamara] and Kate Swaffer [@KateSwaffer]), as well as people who’ve had direct experience of the highs and lows of caring for someone with one of the dementias (such as the outstanding Beth Britton [@BethyB1886], Sally Marciano, Kim Pennock or Thomas Whitelaw [@TommynTour]). Outside medicine, nursing specialists clearly will hold the magic key (people like @lucyjmarsters).  Leaders such as Lee [@dragonmisery] prioritise choice and control for carers by the provision of accurate, helpful and accessible information. I cannot express how much their wisdom far surpasses the knowledge of some so-called dementia ‘experts’ I worked with about a decade ago.

Gill Phillips (@WhoseShoes) knows exactly what I mean. Her innovation “Whose Shoes” emphasises the identity of a person, not the name of any diagnosis.

It’s not particularly that I wish ‘professionals’ to “take a back seat”, but that I feel that they have a different area of expertise. For example, it is not unheard of for clinicians helping big dementia charities to report a long list of potential conflicts of interest of funding from Big Pharma in publishing papers on dementia, while stating correctly they have no conflicts of interest for those large dementia charities. Indeed, in the world of evidence based medicine, very few medications which have been ‘recommended’ for Alzheimer’s disease, the most prevalent form of dementia globally, have been proven to have had a significant beneficial effect on quality of life or wellbeing.

To minimise any one particular group of stakeholders having an undue influence on dementia policy, it might be helpful to mitigate the risk by recognising other leaders from different groups. This is where person, patient and carer engagement in the dementias might be especially critical.

I am therefore mindful of a sense of “urgency”, akin the urgency of NHS Change Day. I don’t happen to be one of those people who thinks dementia is ‘solved’ by a medical Doctor reaching for his prescription pad, although some of the modest or good effects on memory and attention in some individuals with dementia are clearly to be welcomed.

This means a change in culture from the medical mindset to a more person-centred focus of nursing and social care, where there is of course a place for drugs. I do not dismiss the impact of pharmacological agents in dementia, having published myself a paper on methylphenidate and paroxetine in frontal dementia in Nature Neuropsychopharmacology and Psychopharmacology respectively. To arrive at this new culture of whole person or integrated care, it will be necessary to ‘unfreeze’ from the medical mindset, applying the seminal work of Kurt Lewin from last century.

The popularity of the pledge itself can be measured by the number of ‘likes’, but I suppose a more enduring legacy is whether for example doctors or nurses routinely ask about the person’s beliefs, concerns and expectations about wellbeing in a routine history. It’s hard to know whether this battle will have been won, until a special box for wellbeing starts perhaps appearing on clinical proforma sheets in hospitals or care homes.

I asked a Consultant in Department for Medicine for the Elderly in an English hospital whether my pledge might catch on. He advised sympathetically that he has ‘enough trouble’ getting his juniors to do an accurate history and examination in admitting patients in his hospital let alone asking about wellbeing which is so clearly relevant to someone’s hospital care. He then reminded me of how he had been asked to review a patient with dementia at 5 am the other week, and the night nurse had forgotten to turn off a bright lamp dangling down on her face while that patient was attempting to sleep.

I am particularly mindful of the difficulties with the term ‘living well’. For example, there are some individuals with extremely advanced dementia whose quality of life is observed as very poor. I think those involved in caring in any capacity still aspire that they can be somehow contented. I suppose that I am more concerned about persons in the earlier stages of dementia, although there is in fact a chapter in my book entitled, “Maintaining wellbeing in end-of-life care for living well with dementia.”

I have started a special Twitter account (@Dementia_Change) to discuss my pledge (a raw number of followers might serve as a useful metric, as well as the number of “likes” for the actual pledge.)

Many thanks to the organisers of #NHSChangeDay. I hope it receives worldwide attention as it did last year, as it is an outstanding initiative.