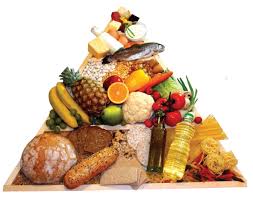 There is no cure for dementia currently. The available treatment strategies offer mainly symptomatic benefits. Thus, strategies to prevent or delay onset of dementia by changes in lifestyle factors, such as diet, are therefore important, given finite resources. There is no doubt it’d be wonderful if, after many many years of trying, there might be a breakthrough.

It’s certainly low hanging fruit for politicians to support this worthy cause.

However, the scant attention to living well with dementia in many statements, in contrast to drug treatments, is very telling. The Department of Health will, however, be livestreaming the #G8dementia summit proceedings later this week. Details are here.

Not all dementia occurs in the elderly. Nonetheless, it is possible that health problems related to aging (including dementia of the Alzheimer type) are projected to add to the high clinical, social, and economic burden of caring for persons with dementia.

The Mediterranean diet has been associated with reduced risk for a wide range of age-related conditions such as stroke, type 2 diabetes, cardiovascular disease, and all-cause mortality. The traditional Mediterranean diet refers to a multinutrient dietary profile characterized by high intake of fruits, vegetables, cereals, and legumes; low consumption of saturated fats with olive oil as the main source of fat; moderate consumption of fish; low to moderate intake of dairy products (in the form of yogurt and cheese); low consumption of red meat and meat products; and moderate amount of alcohol (especially wine) usually consumed during meals.

Recently, a number of peer-reviewed pieces in the reliable academic literature have presented evidence for an association between a Mediterranean-type diet and decreased risk of dementia. Findings from prospective studies suggest that greater adherence to Mediterranean diet may be associated with slower cognitive decline and reduced risk of Alzheimer disease. In the light of these findings, it has been suggested that improving adherence to the Mediterranean diet may delay or prevent the onset of dementia.

Despite methodological heterogeneity and limited statistical power in some studies, there was a reasonably consistent pattern of associations. Higher adherence to Mediterranean diet was associated with better cognitive function, lower rates of cognitive decline, and reduced risk of Alzheimer disease in nine out of 12 studies, whereas results for mild cognitive impairment were inconsistent.

Published studies suggest that greater adherence to Mediterranean diet is associated with slower cognitive decline and lower risk of developing Alzheimer disease. Further studies would be useful to clarify the association with mild cognitive impairment and vascular dementia. Long-term randomised controlled trials promoting a Mediterranean diet may help establish whether improved adherence helps to prevent or delay the onset of Alzheimer disease and dementia.

Only today, leading doctors warned the Government the battle against dementia should focus on the benefits of a Mediterranean diet rather than ‘dubious’ drugs. In an open letter to the Health Secretary, they said persuading people to eat fresh fruit and vegetables, nuts, fish and olive oil was ‘possibly the best strategy currently available’ for preventing Alzheimer’s and other memory-robbing diseases.

The letter’s signatories include Prof Clare Gerada, the former chairman of the Royal College of General Practitioners, and Dr David Haslam, chairman of the National Obesity Forum.

‘We hope this crisis can be seen as an opportunity towards a real policy change, namely towards a Mediterranean diet, rather than towards the dubious benefits of most drugs.’

It goes on to say the evidence ‘strongly suggests’ that improvements to lifestyle will have a ‘far greater effect’ on the rising tide of dementia than drugs.

The call comes as dementia experts from the G8 countries prepare to travel to London for a summit hosted by the Prime Minister.

Dr Simon Poole, the GP who organised the letter, said: ‘It is all about looking at what pharmaceutical companies can do, which is actually not very much.

‘They talk up their medicine and then it is very often a damp squib. We want some sort of focus on prevention. Educating all generations, including our children, in the importance of a good diet in maintaining health in old age is a project which will take years, but is absolutely essential.’

‘We are calling upon policymakers to not only support the care and treatment of those who are already suffering from dementia, but to make significant investments in work which will see benefits beyond the period of one or two parliaments.’

There has also been a focus on individual components of the Mediterranean diet, such as [omega]-3 fatty acids or olive oil as the main source of monounsaturated fats. Although the advantages of Mediterranean diet are relevant for non-Mediterranean populations, it is often argued that studies are not always comparable because there are substantial differences in dietary composition among countries.

A more detailed examination reveals this is perhaps especially true for fatty acids. Although olive oil is the hallmark of Mediterranean diet, differences in the origin of monounsaturated fats or cooking style (eg, baked vs. fried) could partly explain these inconsistencies. Studies comparing types of olive oil concluded that compared with refined oil, virgin olive oil (rich in phenolic content) has additional anti-inflammatory and antioxidant properties beneficial to cellular function and cardiovascular health.

The Mediterranean diet may exert its effects on cognitive health through multiple biological mechanisms. Relationships with reduced risk of coronary heart disease, hypertension, diabetes, dyslipidemia, and metabolic syndrome have been observed, and these conditions have also been associated with mild cognitive impairment, vascular dementia (a dementia associated with general factors affecting the cardiovascular system such as smoking, cholesterol, diet, family history), or disease of the Alzheimer type.

Sticking to this Meditteranean diet may also facilitate metabolic control because it has been related to improved insulin sensitivity and glucose metabolism. Insulin is a chemical acting in the body which can affect our metabolism – it is an important “hormone” for us.

Furthermore, “oxidative stress” increases with age and results in “oxidative damage”—a state often observed in the brain of patients with Alzheimer disease. Typical components of the Mediterranean diet (namely fruits, vegetables, wine, and virgin olive oil) are rich in antioxidants such as vitamin C and E, carotenoids, and flavonoids. Decreased oxidative stress found in people adhering to a Mediterranean-type diet could partially explain their lowered risk for dementia.

And there’s a plausible biological mechanism for all this. Brain cells (neurone) are protected against oxidative stress by specialist chemicals, called “neurotrophins” (basic proteins) such as the brain-derived neurotrophic factor. There is some evidence that Mediterranean diet may increase plasma brain-derived neurotrophic factor concentrations. Inflammatory processes have also been suggested for Alzheimer pathogenesis. Higher concentrations of C-reactive protein, a nonspecific marker of inflammation, have been associated with increased risk for cognitive decline, Alzheimer disease, and vascular dementia, whereas better adherence to Mediterranean diet has been associated with lower levels of C-reactive protein.

Access to medicine has become a really important issue in the NHS. Already we are getting stories of rationing in the NHS emerging during the period of this Government (such as varicose veins stripping), so it is not particularly surprising if drugs which do have modest effect on memory for dementia are not a top priority. Encouraging people to learn about diet and how this might prevent thinking problems is therefore a worthy aim, as it might actually work better than many of the drugs ‘on offer’.  Senior doctors have advised this approach in fact.

Just because it’s not coming from Big Pharma with their massive marketing budgets doesn’t mean it’s a dead duck.