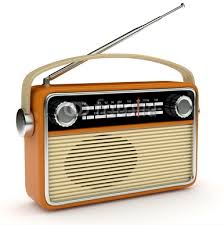 Mixed feelings about this.

Some blatant unintentional mistruths and misdirections.

I didn’t like the primacy of the diagnosis and the ‘doctor knows best’.

In a way what you call dementia is irrelevant in that your focus should be on enablement for problems people have – irrespective of name. On the other hand, knowing the type of dementia is worth knowing from the perspective of anticipating symptoms (e.g. in vision or language) – and in the specific case of lewy body dementia drugs to avoid.

The idea of diagnosing pre-dementia 30 years before onset of symptoms is hard sell by research sponsored by Big Pharma. A ‘positive’ Pittsburgh compound result he talks about is not a guarantee you’re developing dementia – and I suspect his is extracted from cerebrospinal fluid involving a painful spinal tap with a big needle in your back.

Talking of which – why NOTHING on living beyond a diagnosis of dementia? The tunnel vision of some in the medical profession is truly astounding. There could be have been a discussion of enablement for example or rights of people with dementia.

And none of the wonder drugs have got approval here or anywhere else, further to the usual suspects e.g. cholinesterase inhibitors and memantine, which have limited efficacy.

As for the idea of seeing patients on their own, for cognitive testing, possibly, but for neurological history a definite no no – an informant history is essential and even more so for the behavioural variant of frontotemporal dementia where there may be no insight initially.