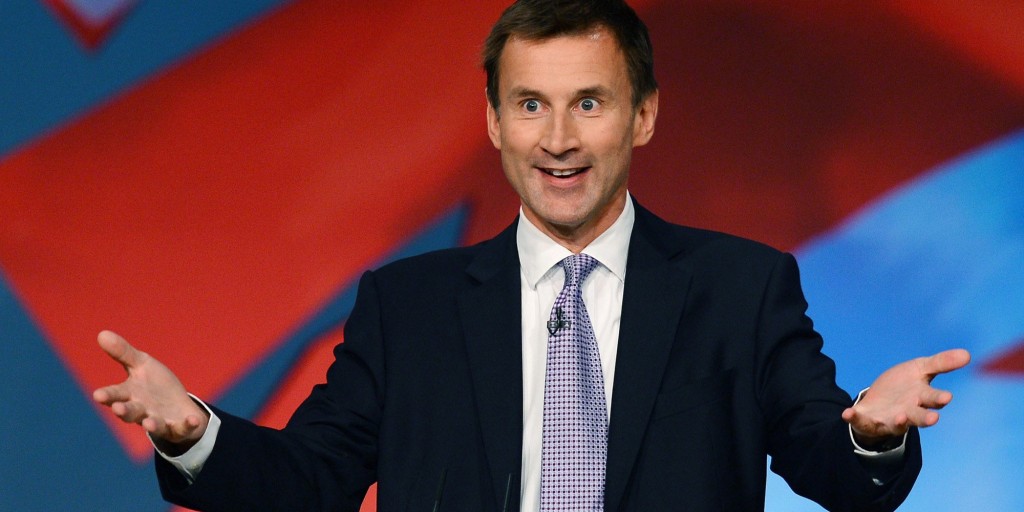 The main rule of the game is simple. No main political party in the UK will wish to enter a general election stating an intention to privatise the NHS. Jeremy Hunt has even laughed away on many occasions the notion the NHS is being privatised, despite overwhelming evidence to the contrary.

The tragedy about the fact that some doctors want to go to Australia is that this possibly will help the vision of the NHS to be dragged out of the public sector kicking and screaming.

I would be very surprised if Jeremy Hunt wished to negotiate on behalf of the Department of Health about the current contract. The fact that Hunt does not particularly care about resolving the current pay dispute is graphic in his absence in the House of Commons this week to make a statement on the issue.

Love him or loathe him, Jeremy Hunt is in a long line of Secretaries of State for health who has seen (and, indeed, exacerebrated) the unwinding of the National Health Service from proper funding by general taxation in the public sector to private sector beneficiaries. This process is otherwise known as privatisation.

One might be to have the private sector involved in aspects of procurement. The defence of the privatisation of NHS Logistics by a previous Labour government was magnificently tried by Andy Burnham in front of Iain Dale in one of the LBC election debates. Indeed, that news was at the time, 2006, reported as “Privatisation sparks biggest NHS strike in nearly 20 years”.

This was roughly the same time as the alleged gaffe by the now Lord Warner, also of the Labour brotherhood, presenting a £64bn NHS Privatisation Plan.

Other ways include the private finance initiative, originally worked up under the John Major government at about 1993 but fully torpedoed by the Tony Blair government following his election thereafter. The NHS Trusts saddled with colossal debt are a testament to this legacy, ably continued by subsequent governments.

In ‘balancing the books’, in what is referred to erroneously as ‘lack of sustainability’ (meaning in fact the Government no longer prioritises a well funded NHS and social care), corporate-sympathetic think tanks have largely pointed at the need to cut staff costs to solve the ‘productivity challenge’. The alternative, of course, would be to do something altogether more fundamental: that is, value and invest in staff, and renegotiate the crippling PFI loans. The NHS cannot burn off all bridges of sources of capital for the future.

‘Privatising’ the NHS is unlikely to be achieved in a ‘Tell Sid’ type flotation (initial public offering) in the City. There are no adverts on the telly for you to buy shares in the NHS. Jeremy Hunt and his minions are well aware of that.

But outsourcing the NHS is of course the Trojan Horse par excellence, as Oliver Letwin well knows.

But transferring entities within the NHS comes with its own legal considerations, such as ensuring the employment conditions of outsourced employees do not suffer. TUPE (2006) is the Act of parliament which is supposed to take care of that, harmonised through the corresponding EU directive.

I wouldn’t be at all surprised if Jeremy Hunt simply wants to tear up the current contract, and build from scratch his “privatisation-friendly contract”. NHS employees will want to protect their pensions, derogatively called ‘gold plated pensions’ by others. Current legislation will protect the pension rights of current employees being outsourced to the private sector, but it is possible HM Treasury will want to reduce this pension load by a legal carve out in a new NHS contract.

In other words, even though it would be vehemently opposed by the BMA and Royal Colleges, Jeremy Hunt could somehow impose a brand new contract by effectively making the entire workforce redundant and getting the workforce to apply for new jobs. This would be politically dynamite, as the recent solidarity of the BMA poll confirms, but technically possible if (a) Jeremy Hunt really does not care about his or his government’s popularity (in the face of a possibly weak Corbyn-led opposition), (b) Jeremy Hunt gets ‘reshuffled’ sideways onto something different (no SoS health has ever gone to lead his or her political party, to my knowledge) (c) parliament votes through the legislation for brand new NHS contracts.

Despite all the noise from Baroness Williams recently, the Liberal Democrats were instrumental in voting through the disaster-laden Health and Social Care Bill/Act. A possible and likely interpretation of this is that introducing competition promoted privatised markets consistent with a neoliberal interpretation of the doctrine of free movement of capital.

But why would Jeremy Hunt want to change fundamentally the NHS contract? Jeremy Hunt, following the well rehearsed principles of massive corporate restructuring programmes for ‘large scale transformation’, presumably will argue that the new contract is necessary to implement a 24/7 service. His rationale for that, to promote patient safety, has been consistently been rubbished by specialists in the area. The General Medical Council will of course give a ringing endorsement to any move to promote patient safety, consistent with their statutory duty, but legally must have due regard to whether the NHS is being properly the correct resources to do the new 24/7 job.

See, for example, this clause of the doctors’ code of conduct GMC ‘Duties of a Doctor': 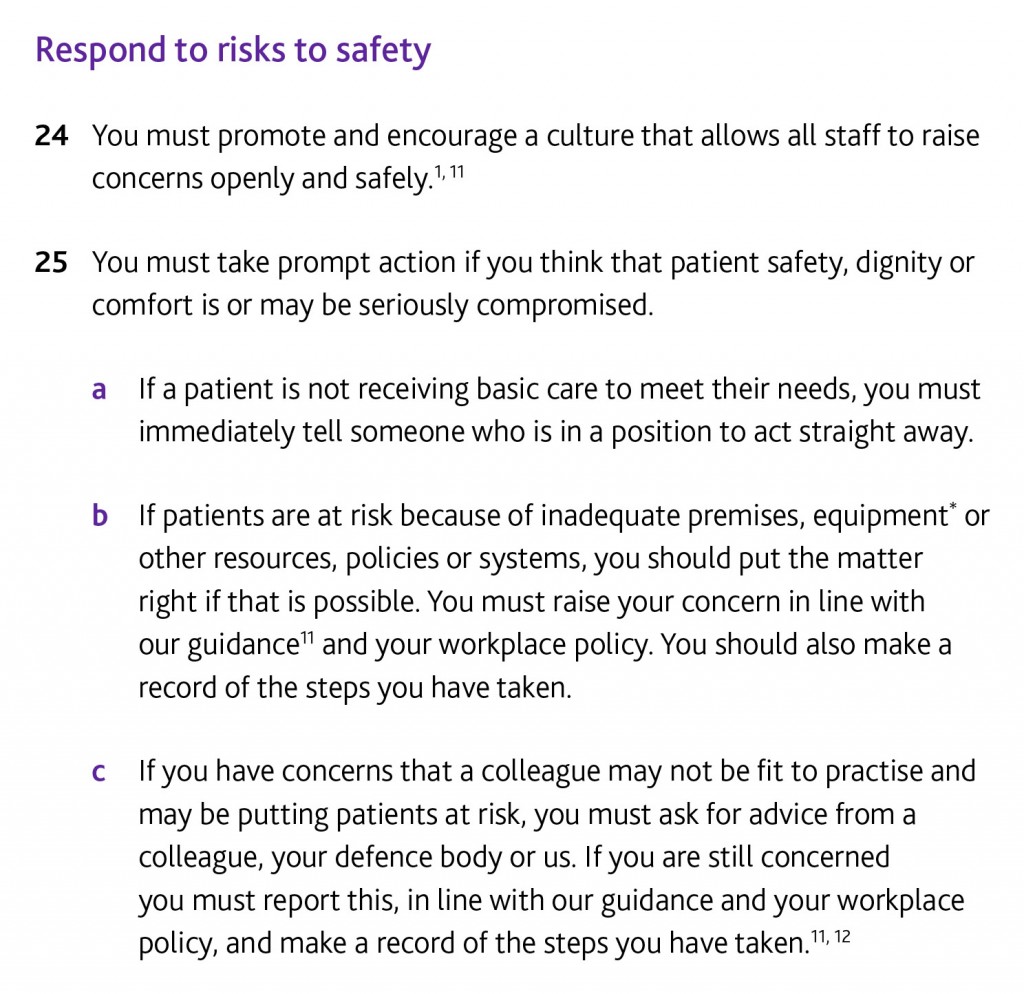 Ironically, the current ‘mood music’ from the NHS “change gurus” is to encourage disruptive change through change platforms, including Facebook, Twitter or even Pinterest, than large scale bulky costly ‘large scale transformations’. This is consistent with international advice from the leading management consultants McKinseys, for example.

As a Doctor, I have complete solidarity with my colleagues in the medical profession, but I feel instinctively the contract is a bit of a decoy for a much wider agenda. Nothing would make me happier than to be proved wrong, of course. 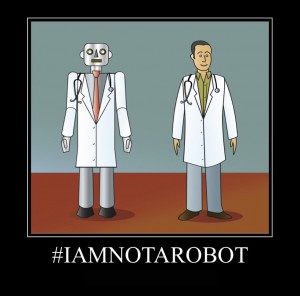 Redistributing the flour into a few number of bags for less money is #notsafenotfair. The clinical regulator should have this as their prime concern.