“Our vision is a world where people are free from the fear, harm and heartbreak of dementia.”

The history of the society is indeed formidable, described clearly from 1992.

I remember asking the late Prof Richard Doll, eminent physician, how he discovered the link between smoking and lung cancer. He answered with characteristic humility ‘serendipity’, and then quoted a definition of serendipity as ‘looking for a needle in a haystack and finding the farmer’s daughter’.

I think research does involve serendipity.

For example, it has only latterly been recognised that inflammation has quite a big rôle to play in neurodegeneration processes too; and my hunch is that this may one day form a way of approaching dementia pharmacologically.

How certain biological substances form and build up in the brain in dementia continues to be a curiosity. I remember being much inspired by the work of Prof Maria Spillantini at Cambridge, who was always incredibly modest about the advances being made in her laboratory.

I loved my day yesterday at the Wellcome Trust here on Euston Road in London.

Few people have really made an impact on me as when I saw Valerie Blumenthal talking about living with symptoms of a type of dementia called posterior cortical atrophy on BBC Breakfast. I am in fact hugely looking forward to Valerie’s book, which I anticipate will be brilliant.

Possibly it is in fact impossible to draft any strap line of a charity focused on dementia, but the mission statement of the Alzheimer’s Research UK is as good as one might reasonably wish for.

I happen to hold a personal position that research into dementia should be also be of benefit to those 47 million in the world who live with dementia daily. This not only might include treatment for symptoms, maybe memory, but also practical assistive help; or even therapy which might slow the disease process right down.

But it also does very much include active prevention of disease in people who already have developed dementia. I feel that the workstreams in non communicable disease led by WHO have had huge impact here.

Do I feel that there will be a pharmacological offering for dementia? For the whole of dementia, no, but for select different types of dementia, definitely maybe. I think we’ll be one day where cancer is, but this is only possible with parity of funding.

Do I feel it’s fair to blame charities on the woes of dementia policy elsewhere? No. It is up to voters and political parties to make the case for investment in social care, which clearly has been deficient until now. I don’t think it’s possible to make charities such as Alzheimer’s Research UK ultimately responsible for everything in dementia policy.

Do I feel I met some very nice people? Most definitely. I met members of public, ARUK staff and scientists who are extremely good people. Chris Roberts and Jayne Goodrick were there too – like family to me.

I think Hilary Evans leads the charity with remarkable clarity – to a degree that is really quite exceptional even in this crowded field – and had a very clear understanding of the raw societal challenges of dementia. My overall feeling, from doing a day of workshops which were thought provoking and enjoyable in equal measure, was that the charity is definitely in ‘listening mode’ and is in fact using its considerable responsibility to execute extremely good work. The charity is opposite to arrogant in its attitude, and had both a realistic and achievable view of what it hoped to achieve in the next few years. 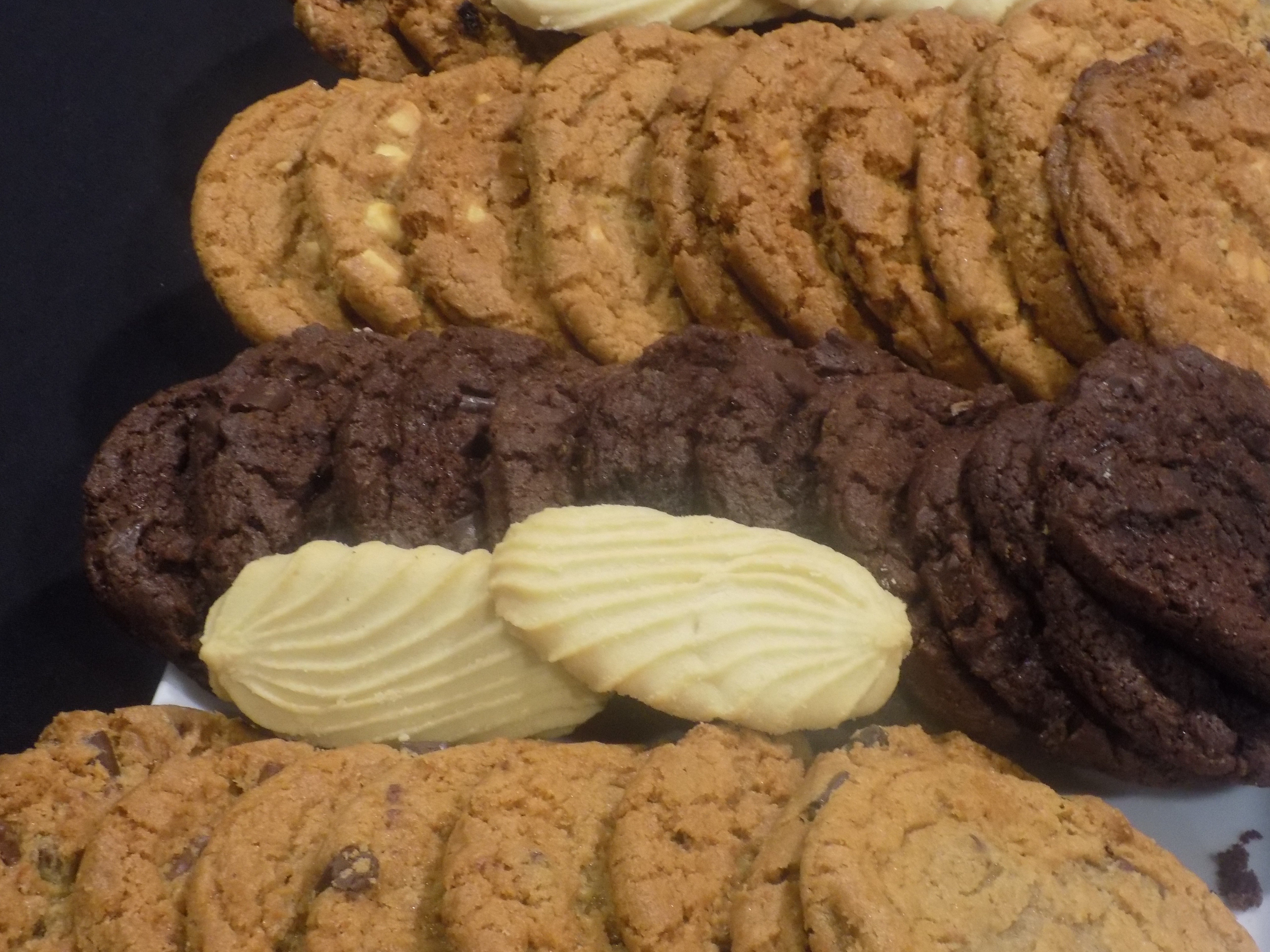 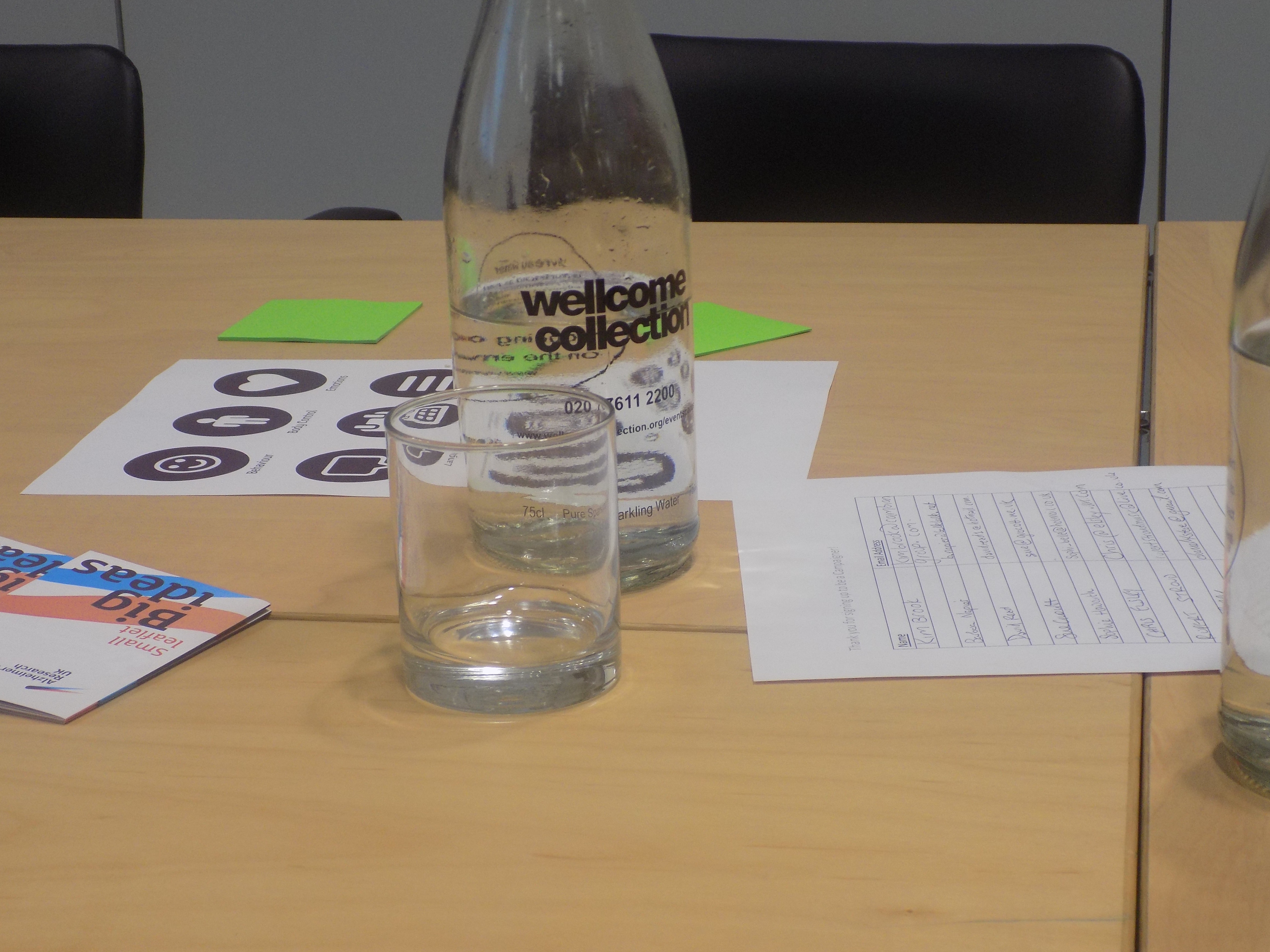 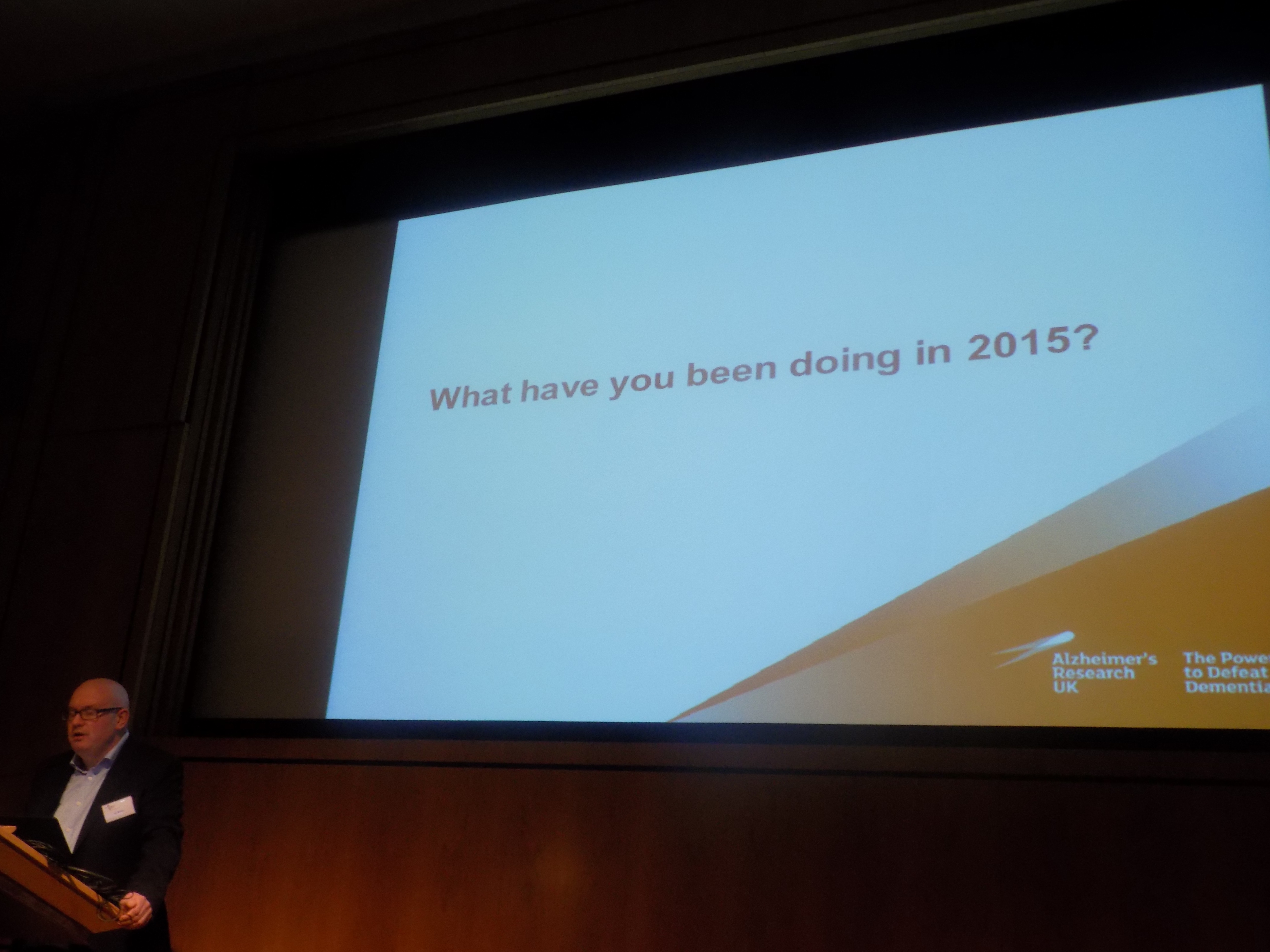 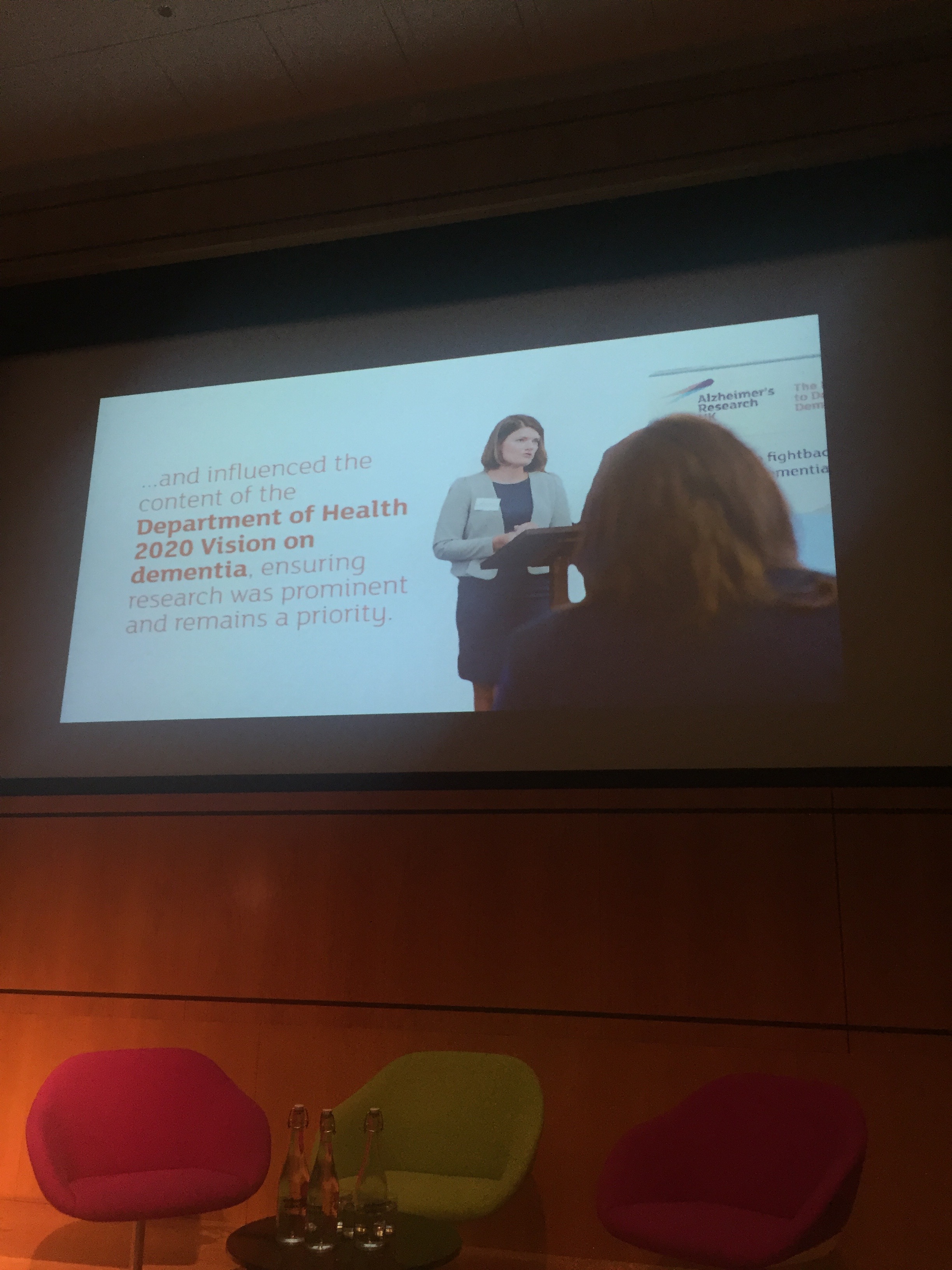 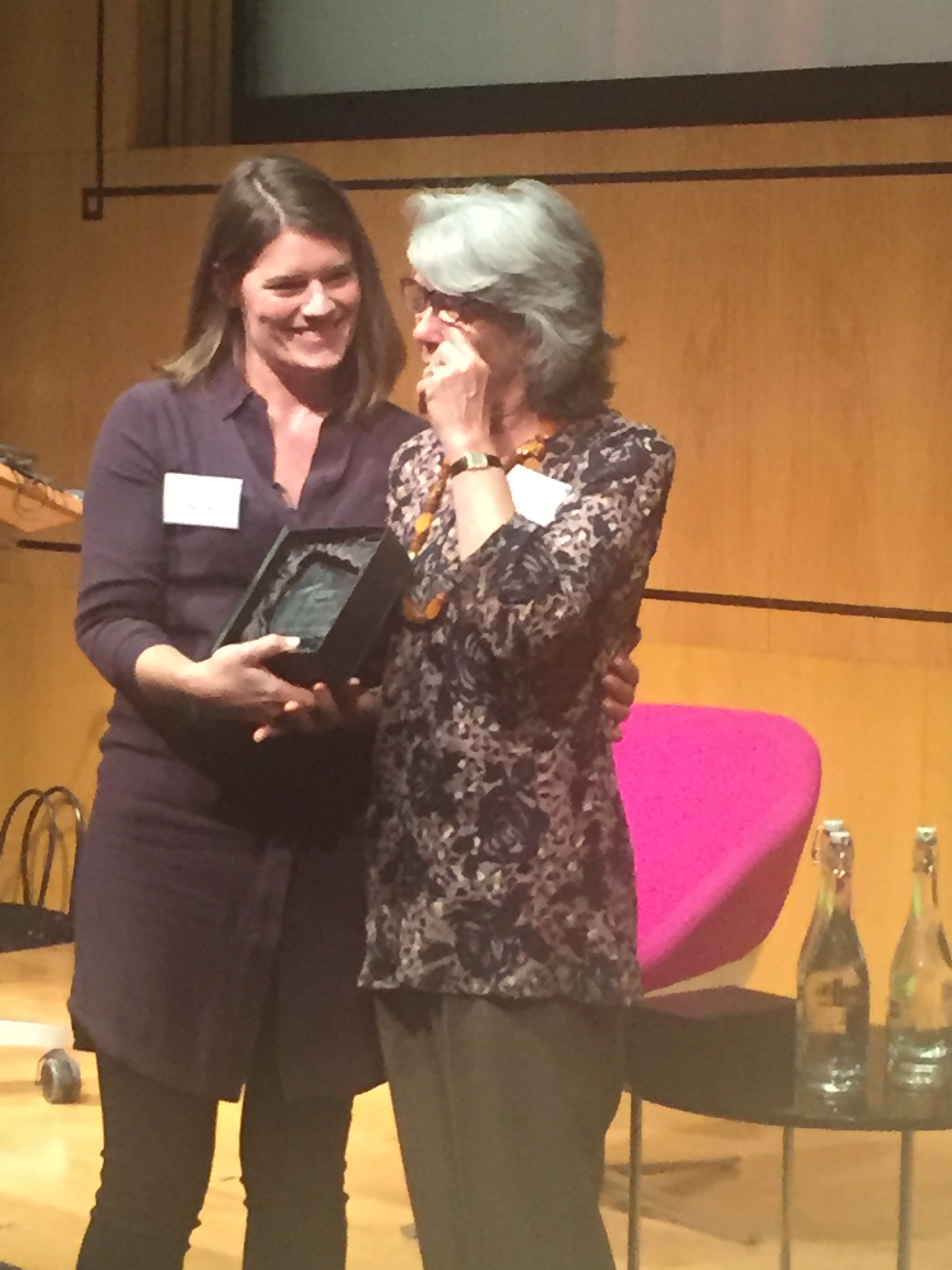 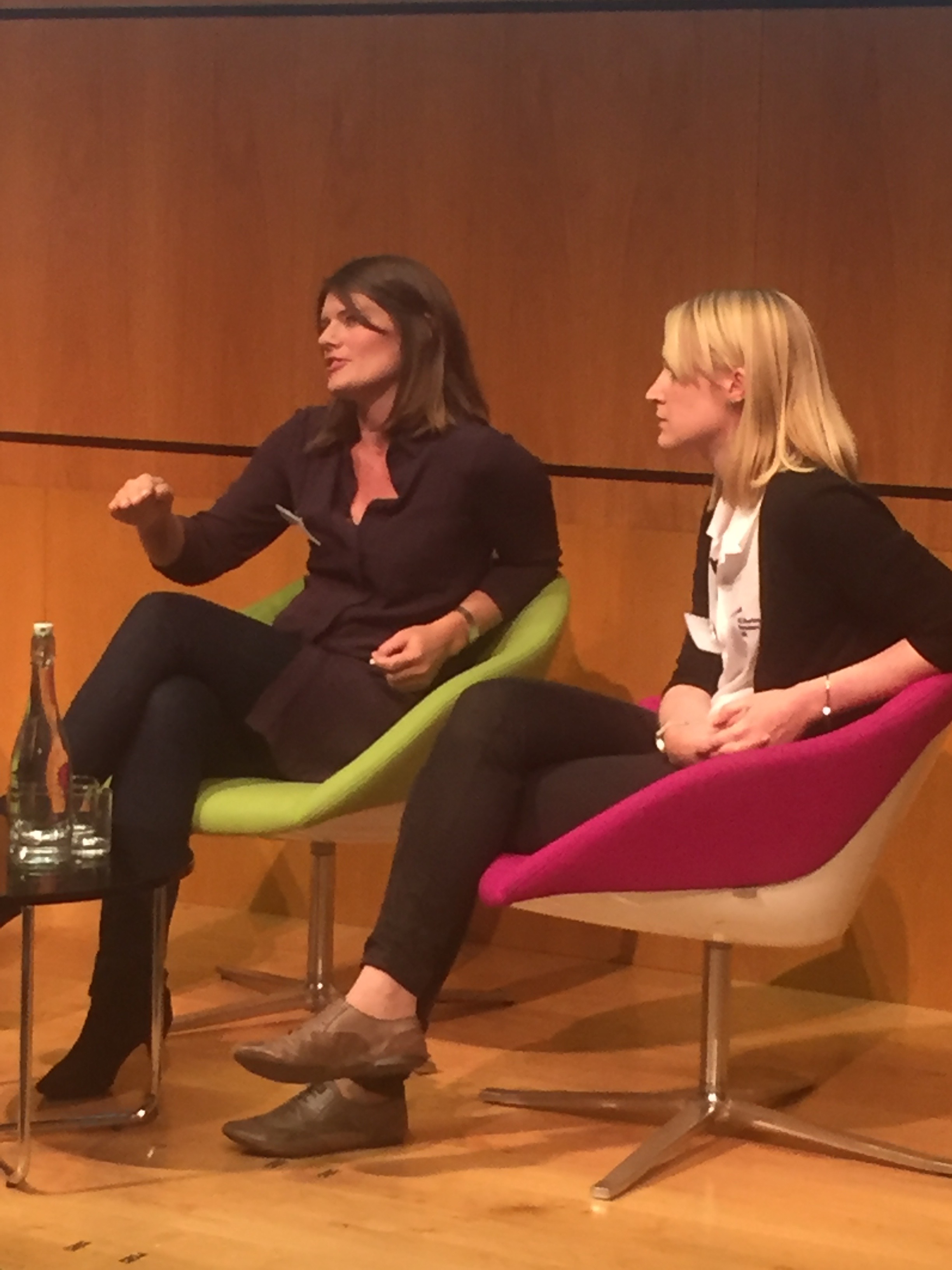 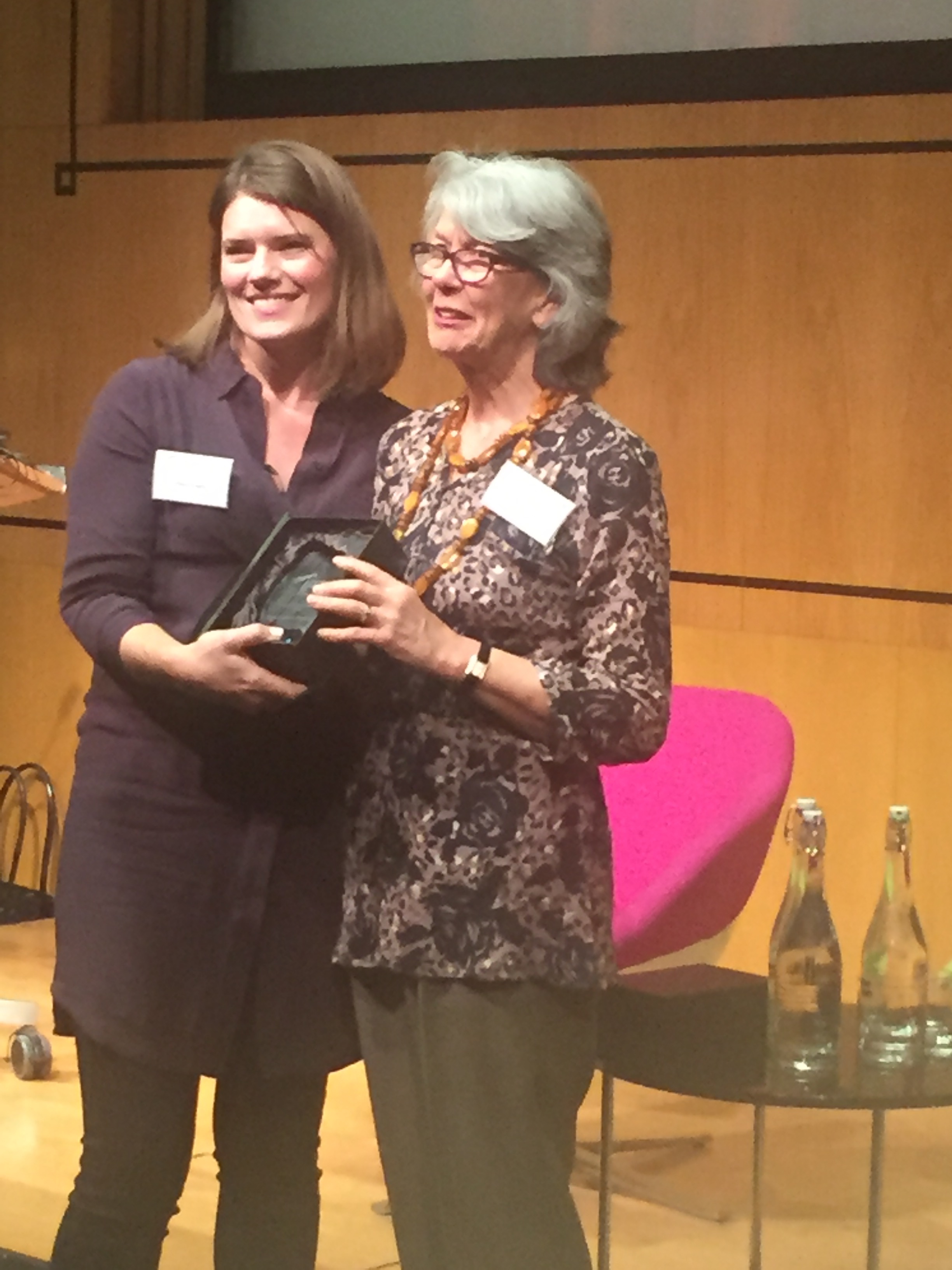 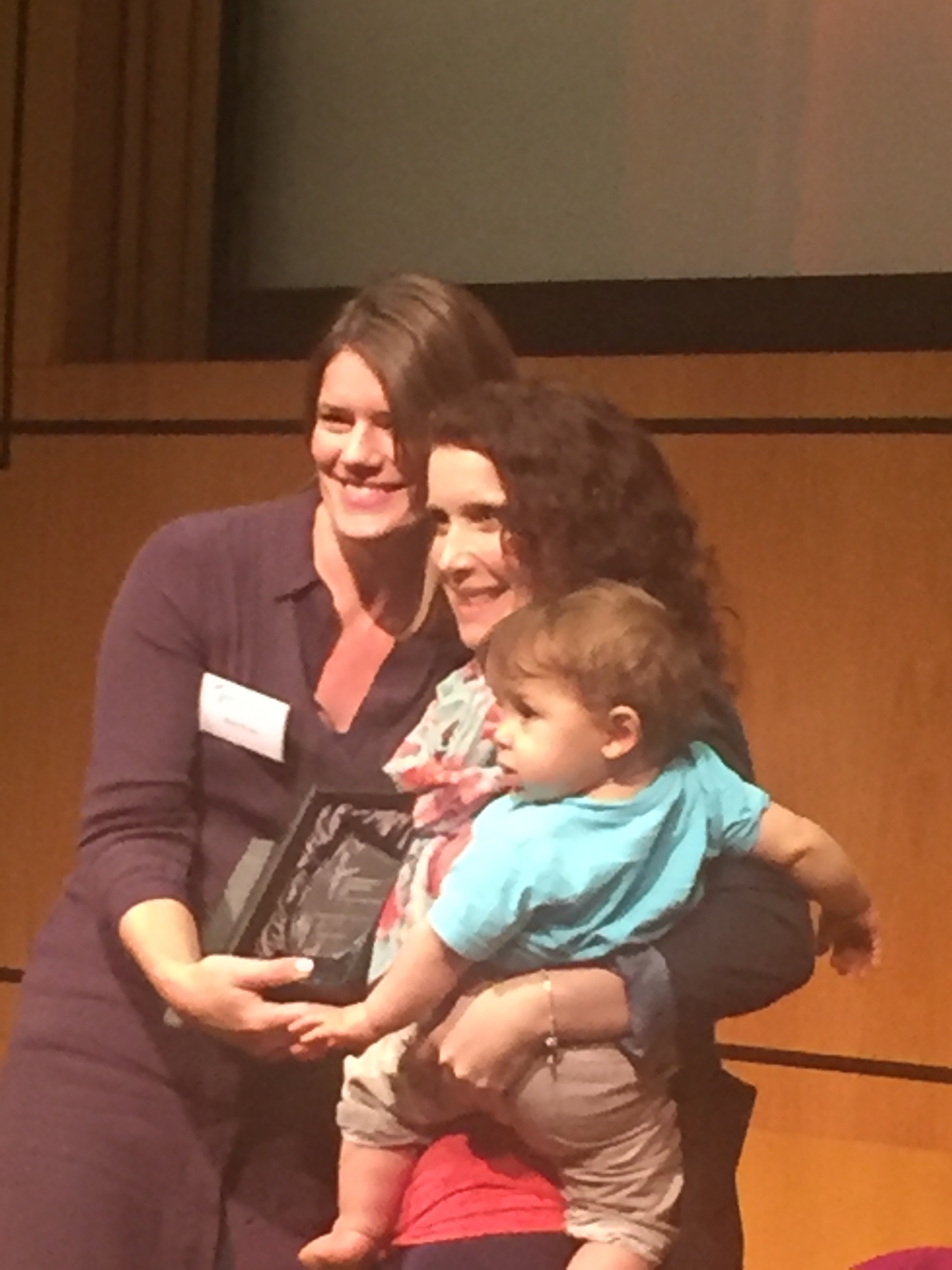 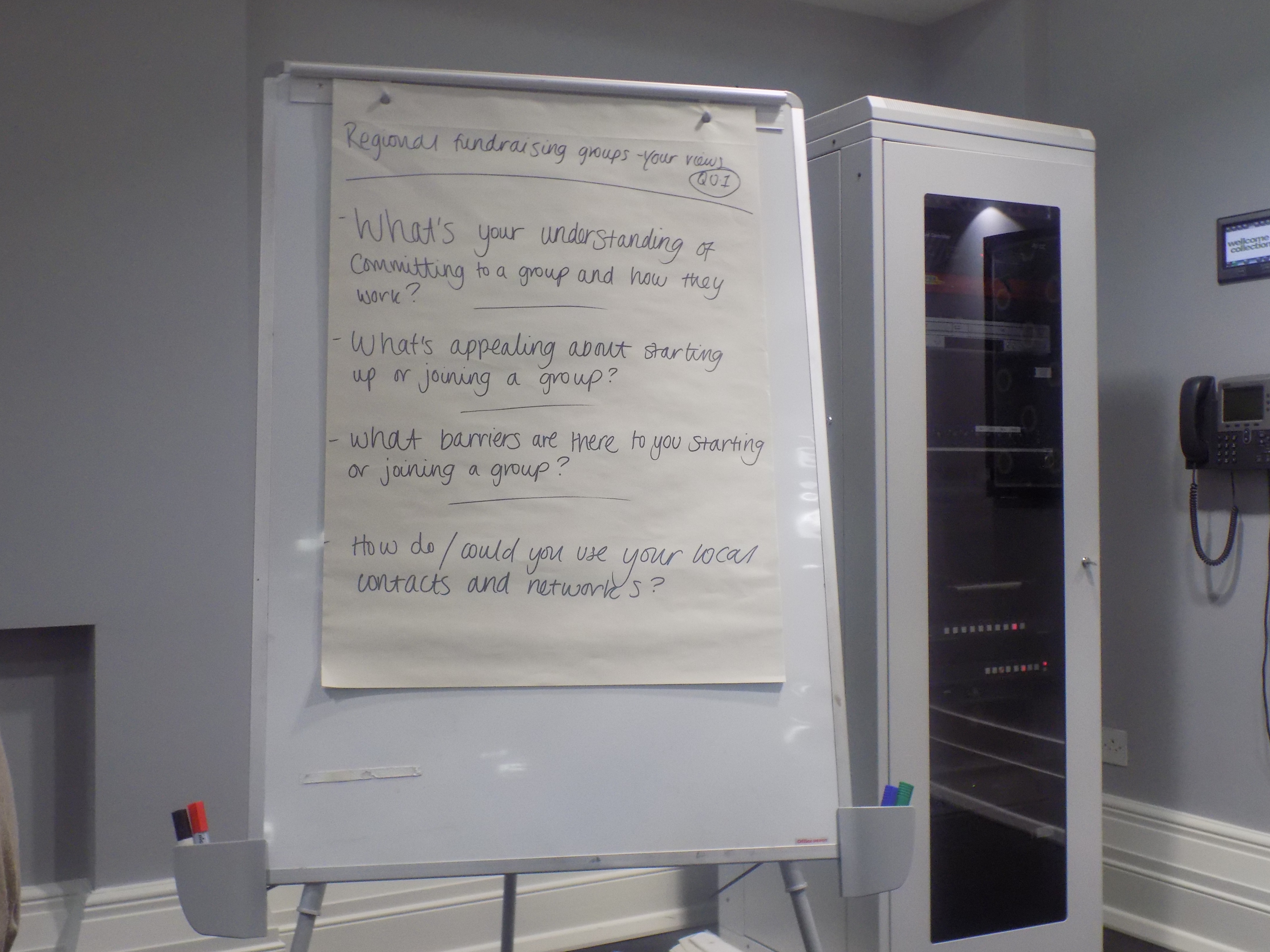 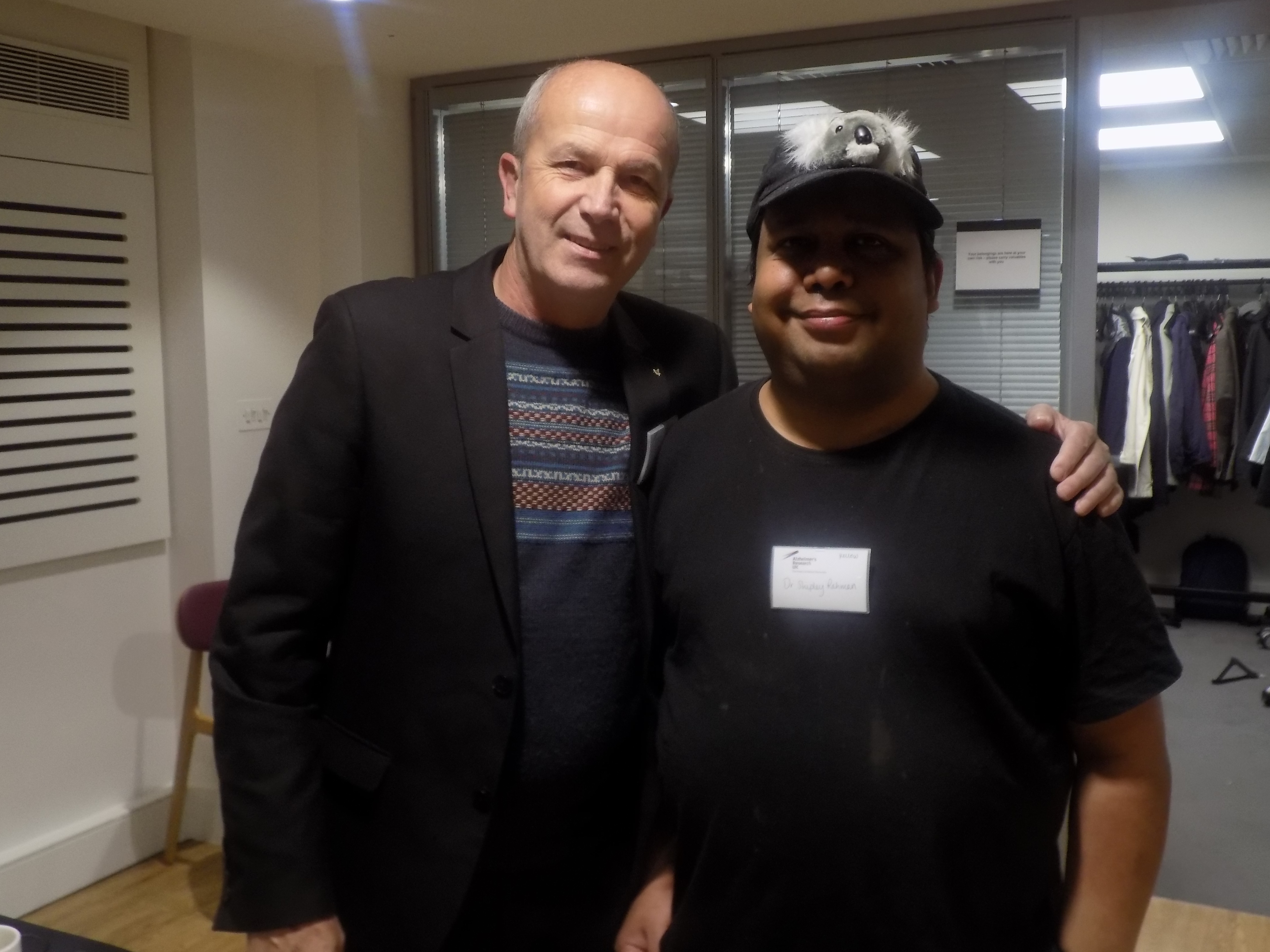 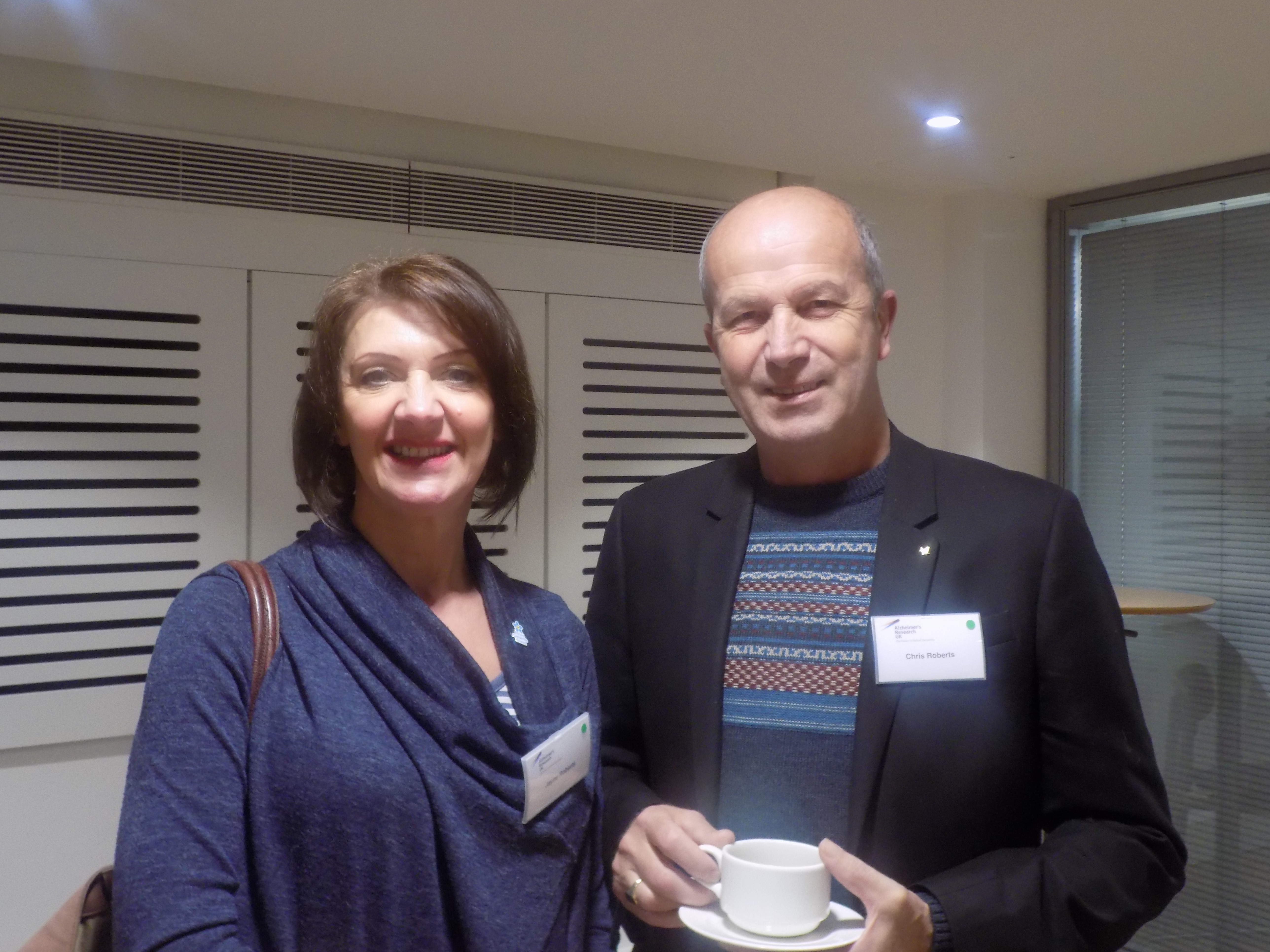 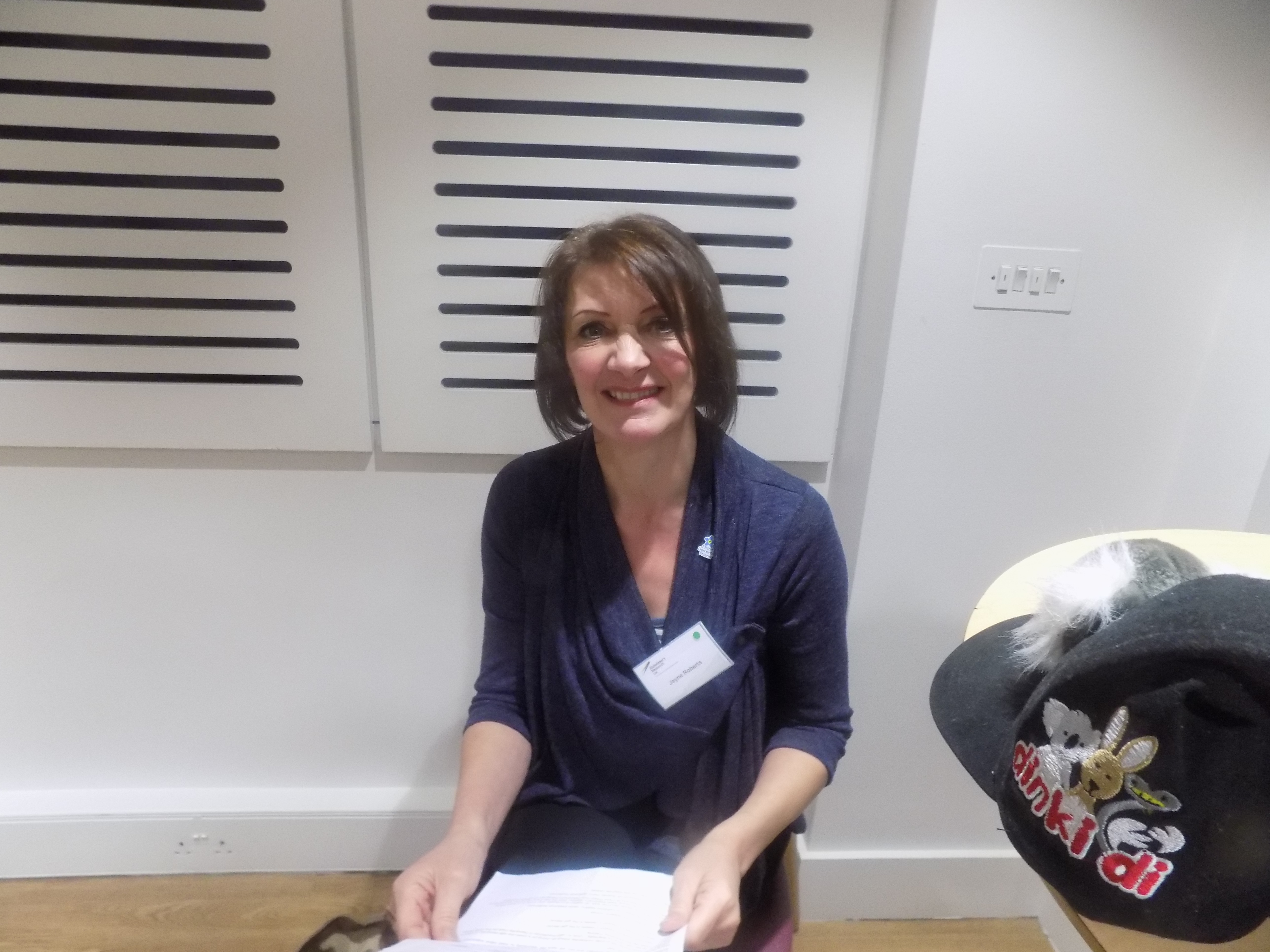 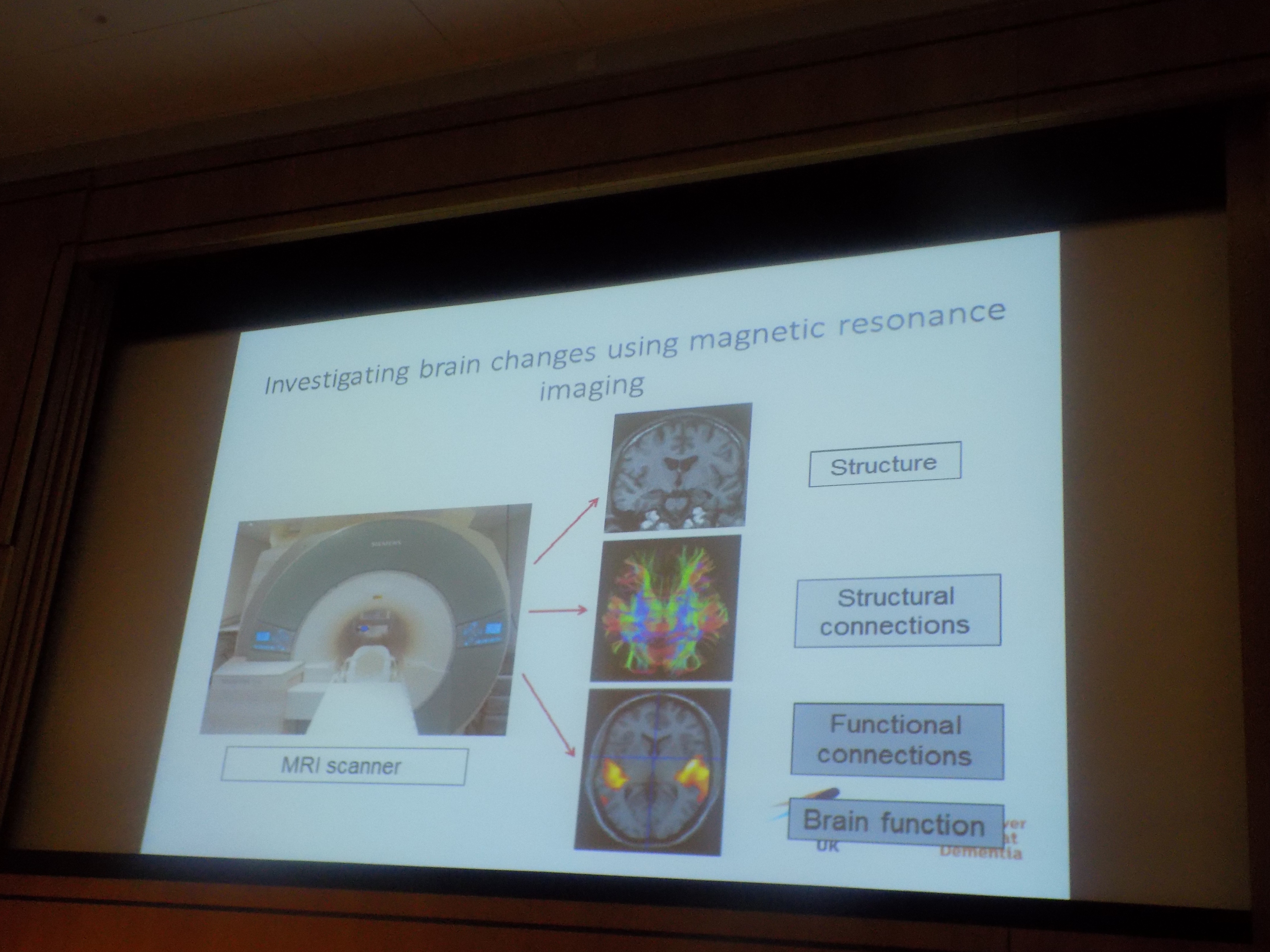 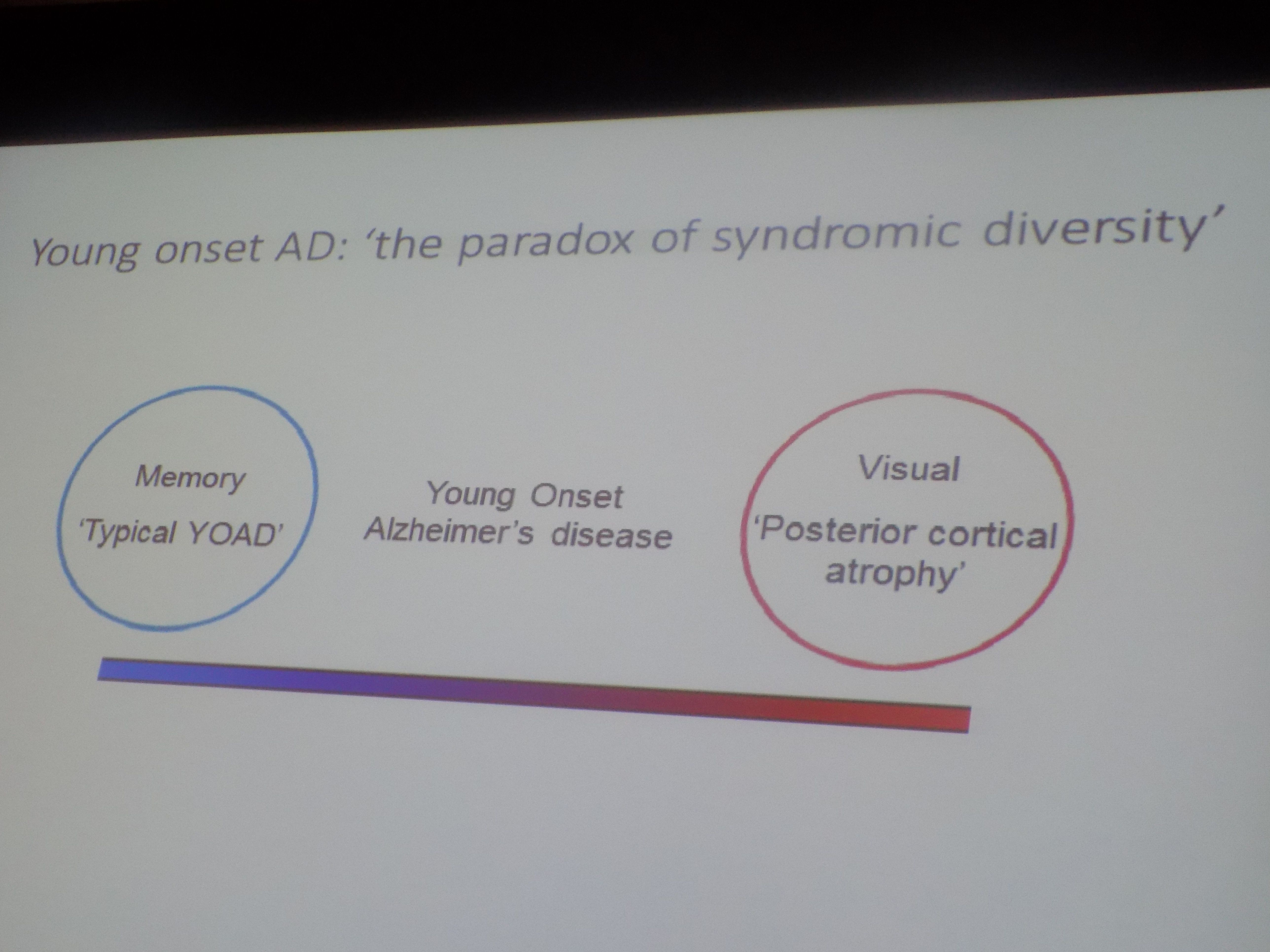 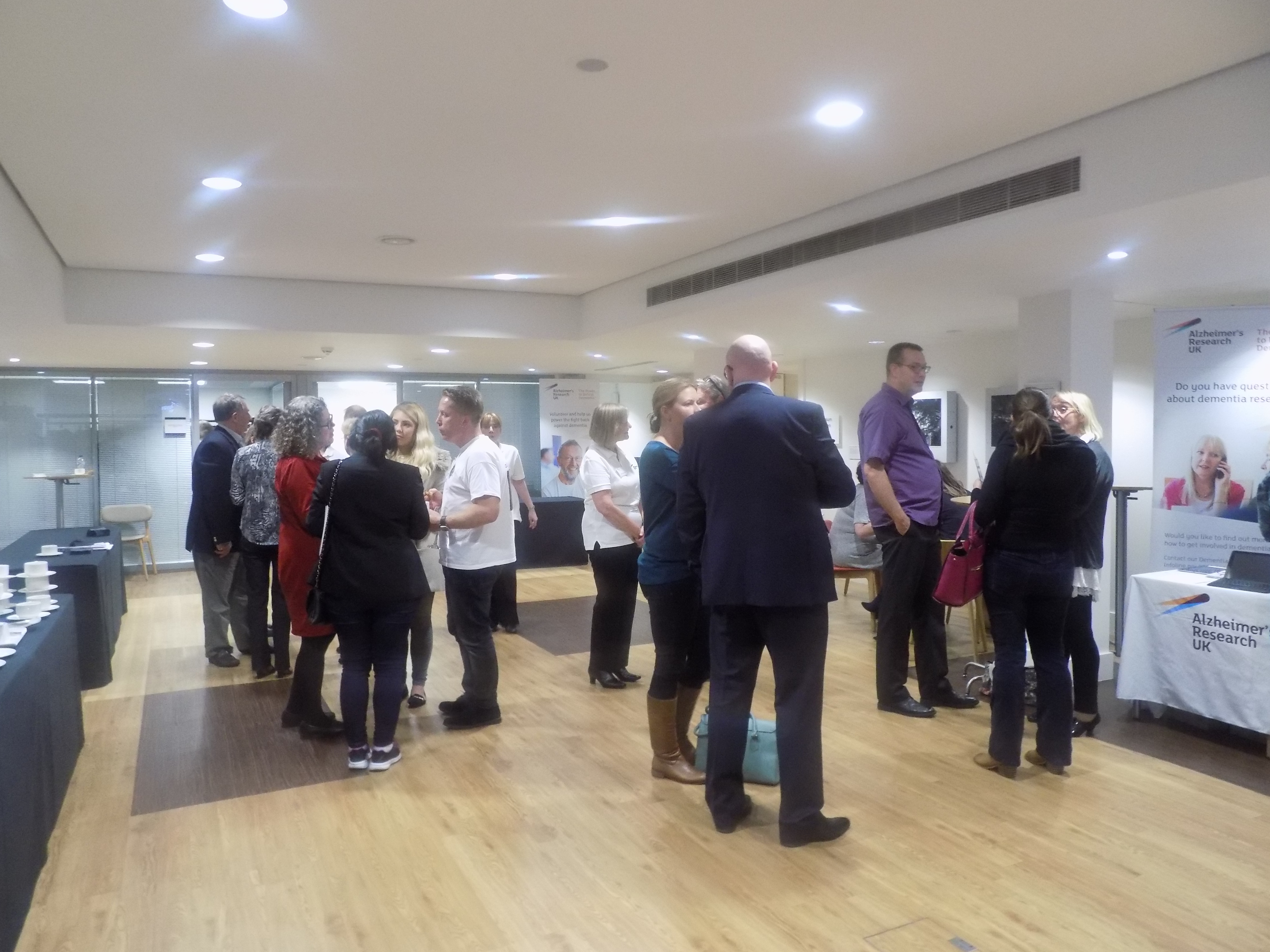 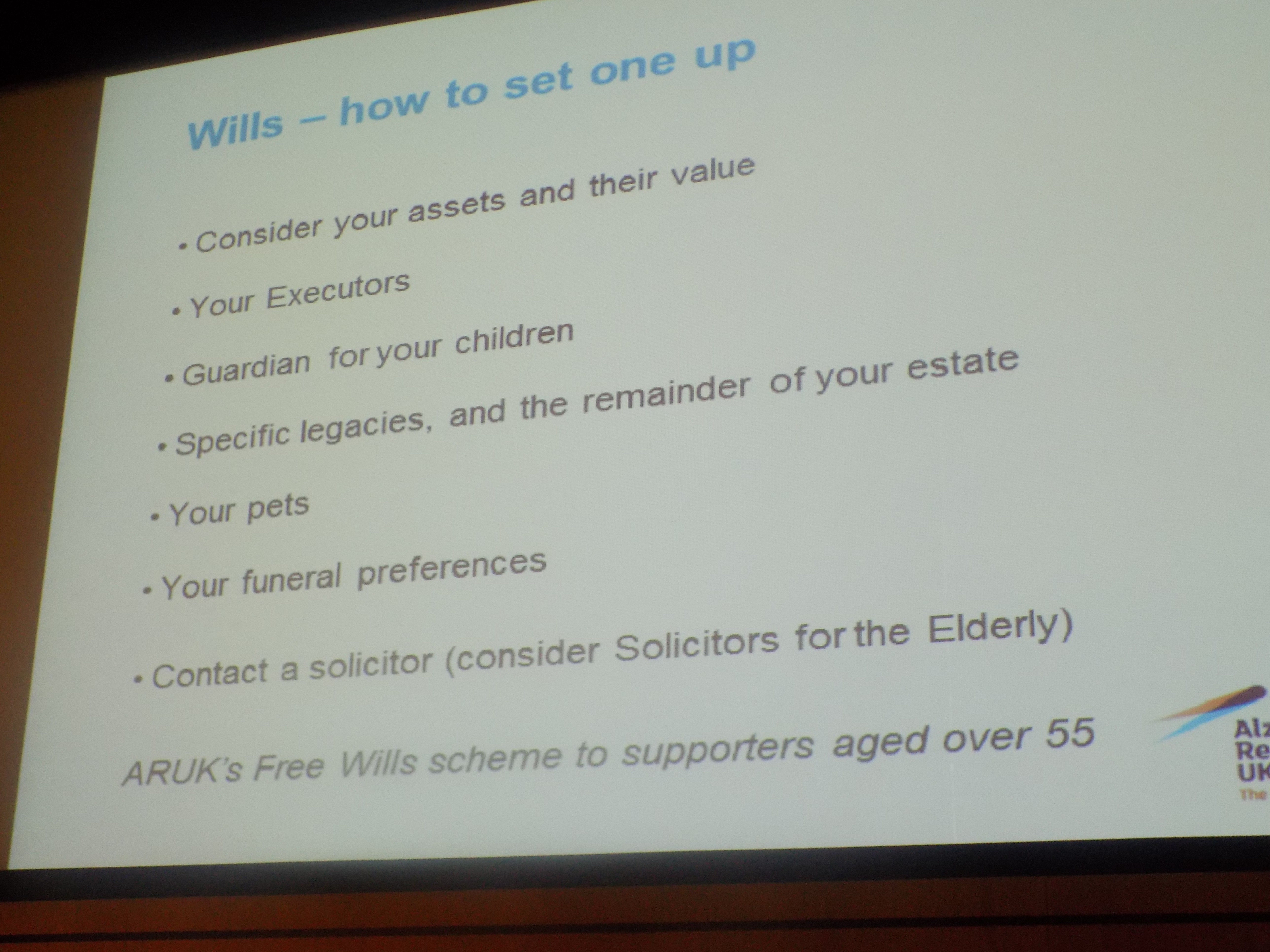 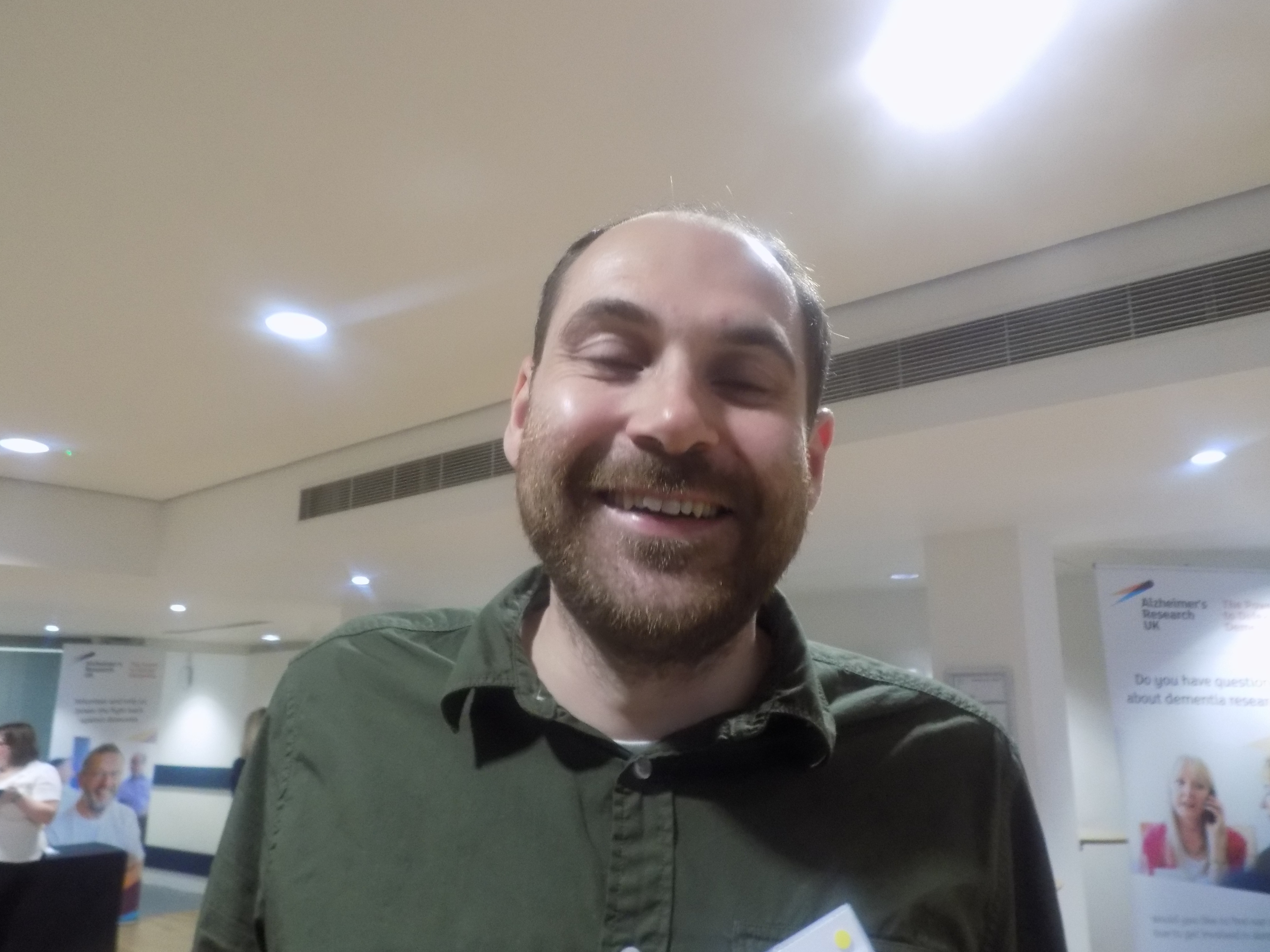 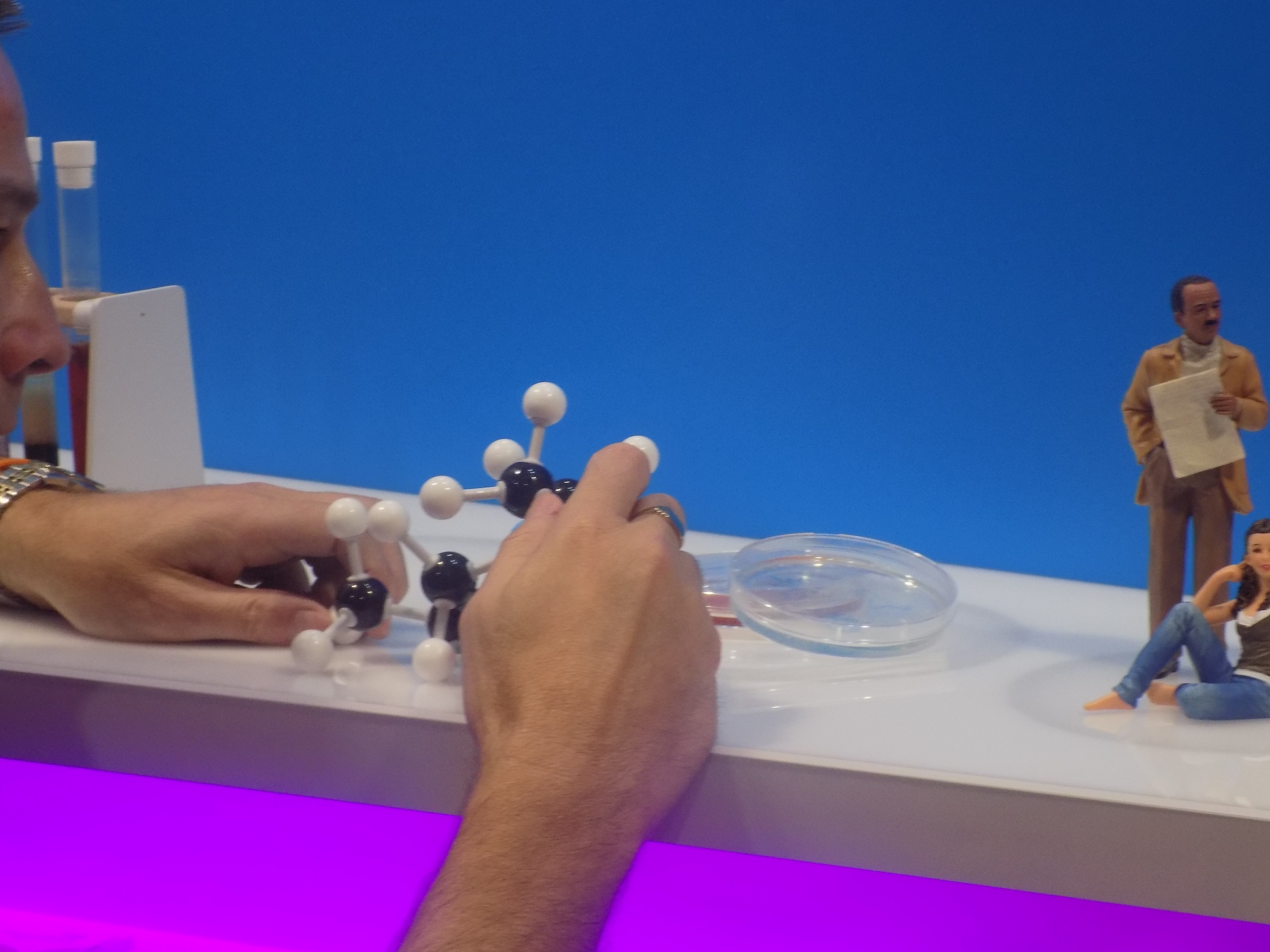 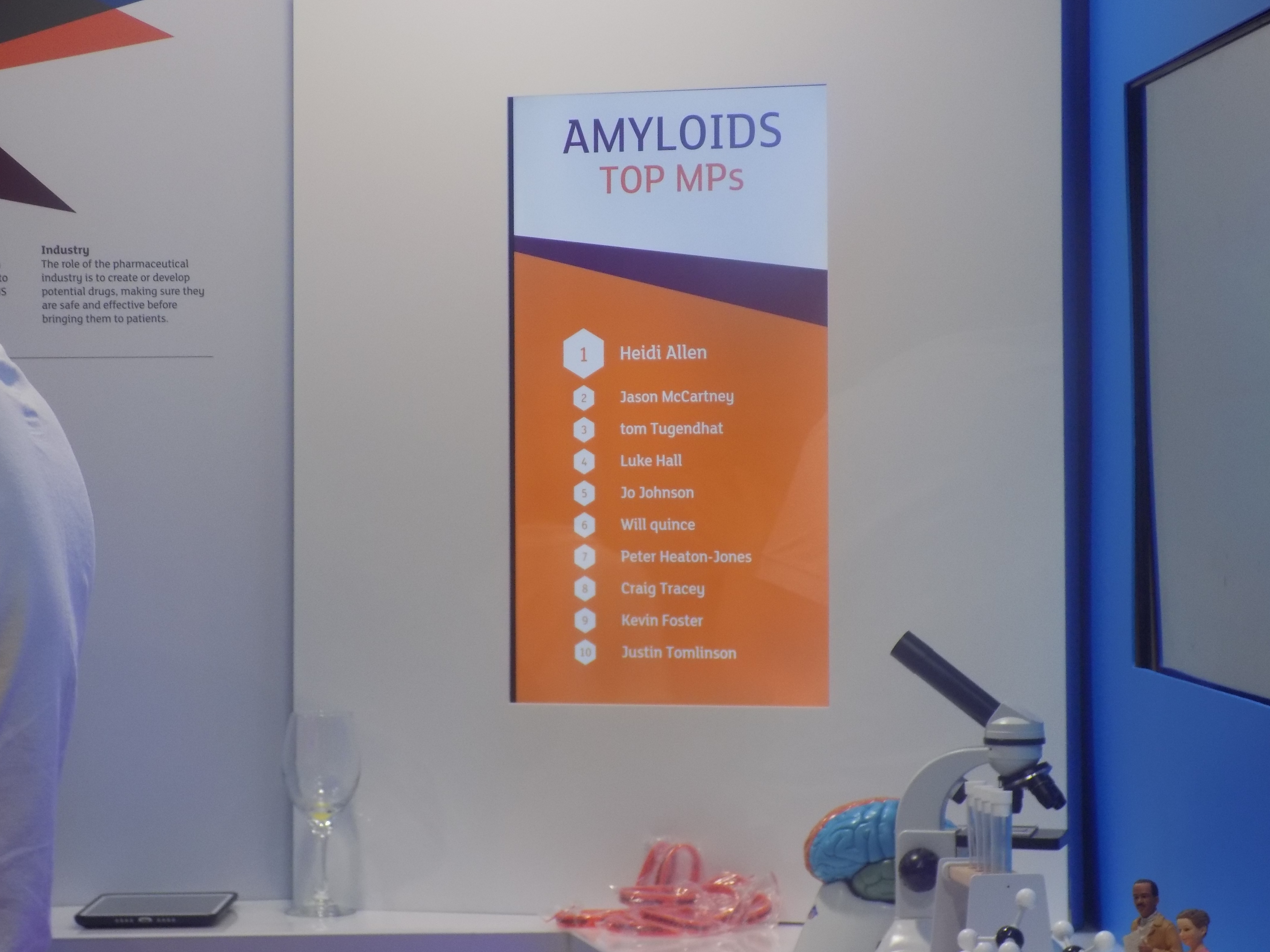 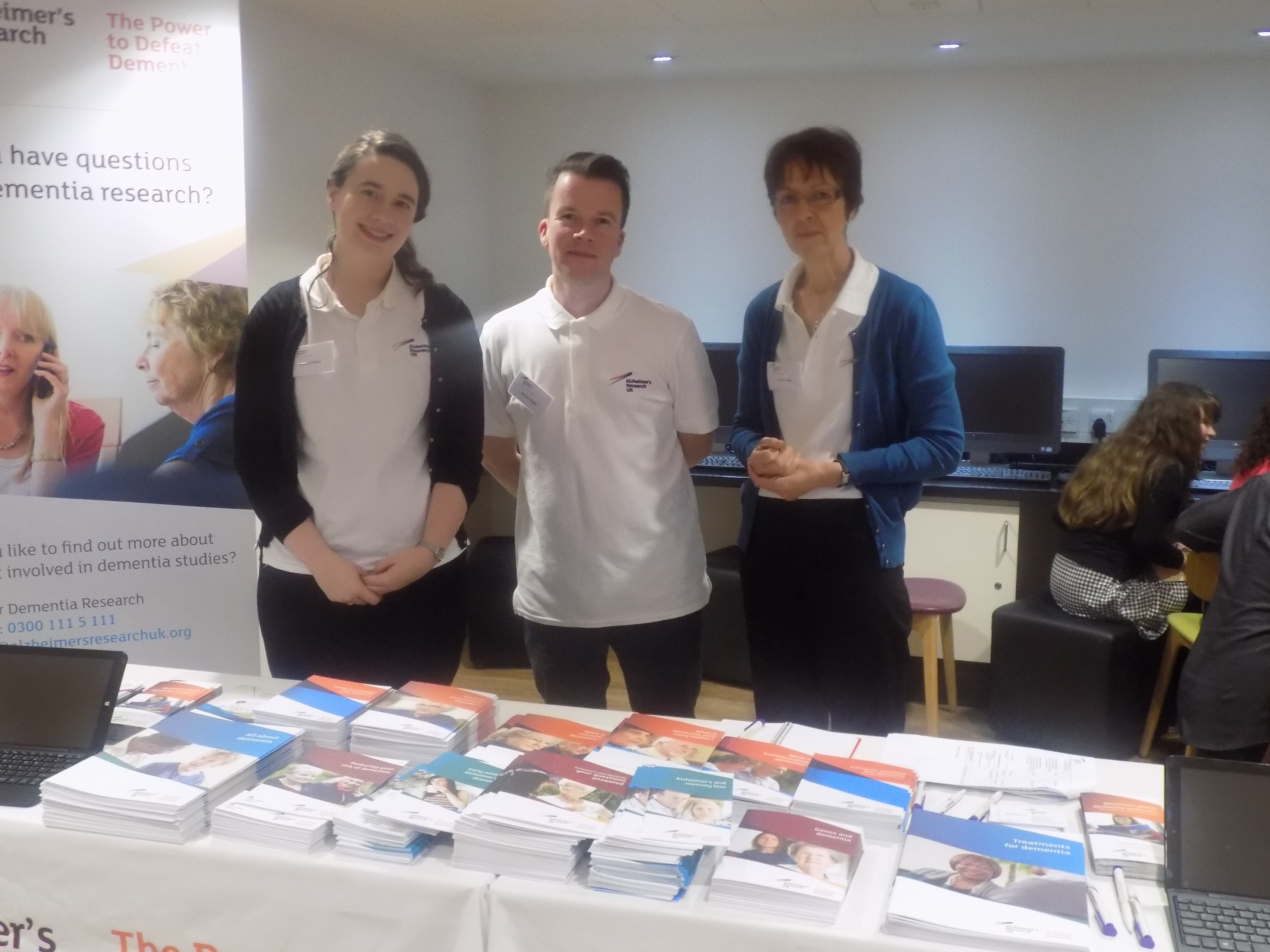 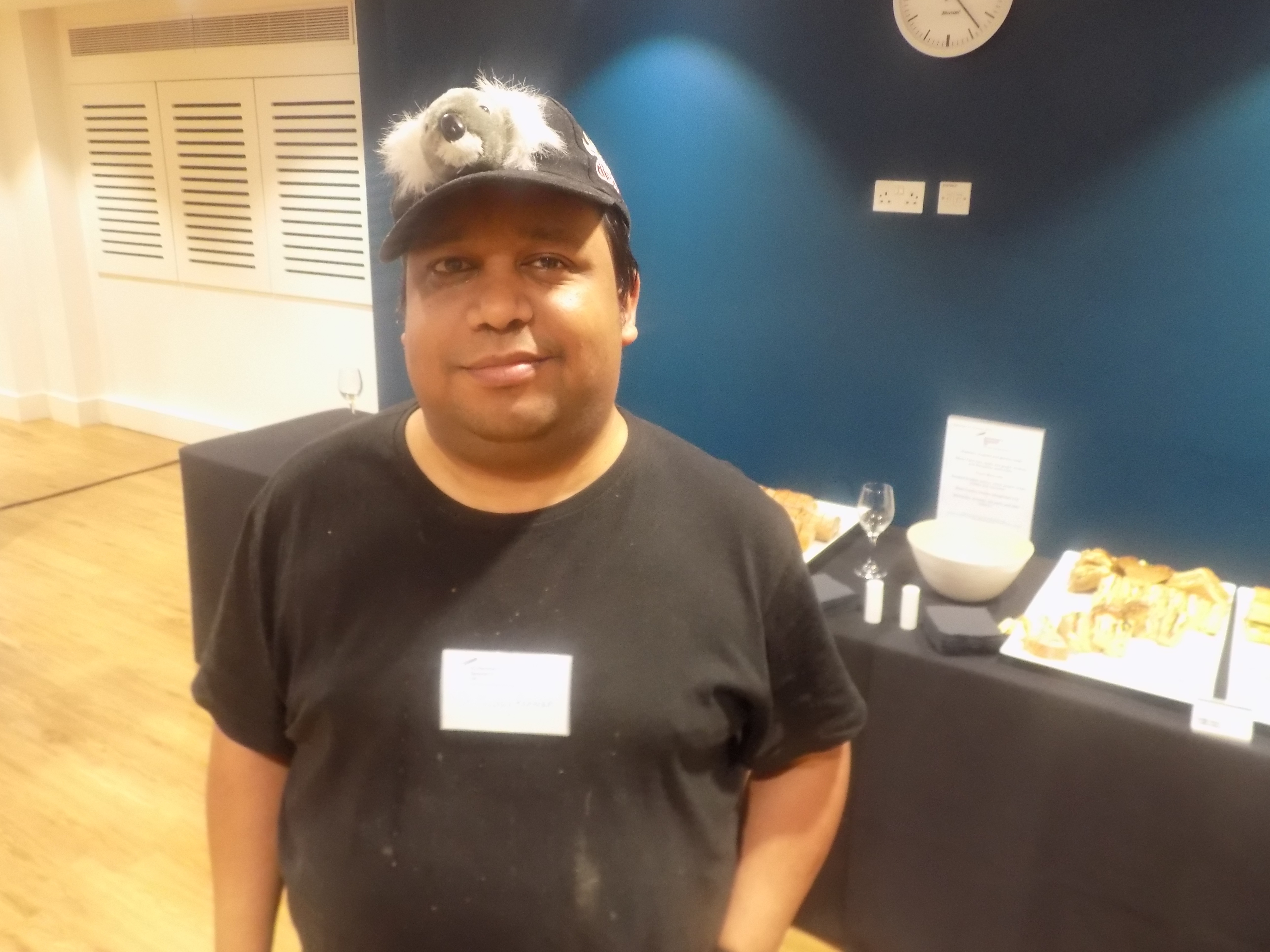 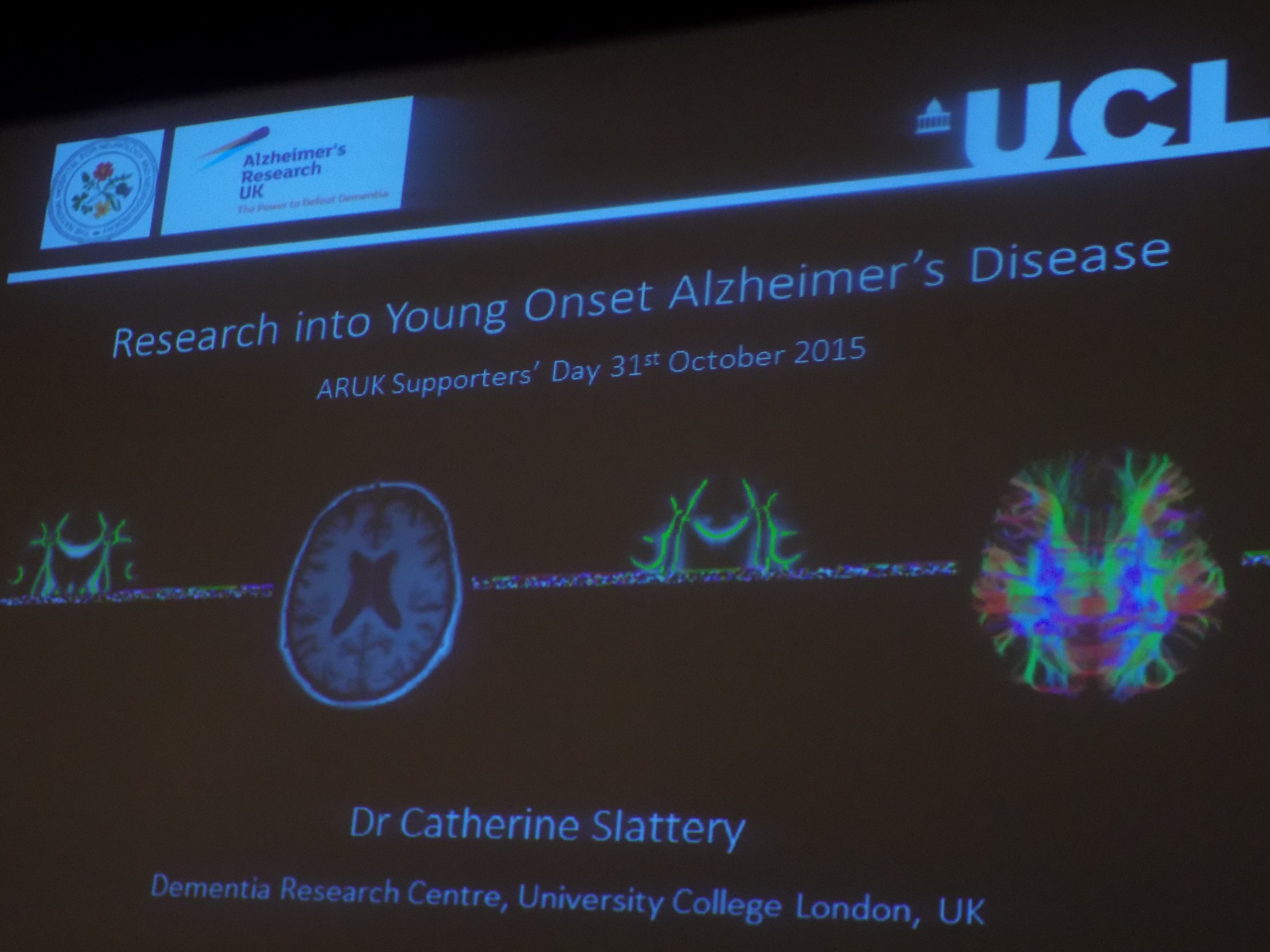