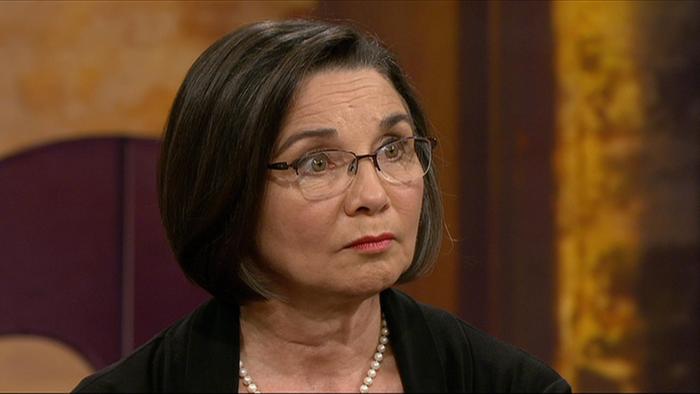 Late on Wednesday it was announced that the decision has been taken to admit Kate Swaffer to the World Dementia Council.

Kate Swaffer is Chair of Dementia Alliance International (“DAI”), which is a leading non-profit group of people with dementia from all around the world that seek to represent, support, and educate others living with the disease. DAI is an organisation that will provide a unified voice of strength, advocacy and support in the fight for individual autonomy and improved quality of life.

Kate, from Adelaide in South Australia, was diagnosed with semantic dementia – a form of fronto-temporal dementia – in 2008 at the age of 49.

Since getting her diagnosis Kate has become a campaigner, speaker and accomplished writer on dementia issues. In January 2016, her book ‘What the hell happened to my brain?” was published, and has rapidly become a landmark contribution of a detailed account of a lived experience with dementia.

In this excerpt from her first book about dementia, What the hell happened to my brain, Kate Swaffer has written this:

Subsequent to my being diagnosed with younger onset dementia at the age of 49, health care professionals and service providers all told me the same thing: “to give up work, give up study and go home and live for the time I had left.” On the way, it was also suggested I put my end-of-life affairs in order – even though at no time was I told dementia is a terminal illness. I was also told to get acquainted with aged care, including selecting a respite day care and residential care facility, sooner rather than later, so I could become used to it. My husband was told he would soon have to give up work to become a full-time family carer.

Kate last year was awarded a distinction in her Master of Science in dementia care from the University of Wollongong.

The statement from the Dementia Alliance International reads as follows.

“Dementia Alliance International (DAI) Chair Kate Swaffer from Australia has today officially become a member of the World Dementia Council, the second person with dementia to join this council. This is an important and significant appointment for DAI, and for people with dementia globally.  She joins another DAI member, who is also Vice Chair of the European Dementia Working Group, Hilary Doxford from the UK.”

Established by the last UK government, the World Dementia Council has the stated mission to champion dementia research and development and unlock investment around the world.

The membership of the Council is currently wide-ranging, but includes senior figures in dementia policy internationally.

Kate’s admission to the World Dementia Council is a highly significant event.

DAI has been working towards full access for people with dementia to the United Nations Convention on the Rights of Persons with Disabilities (CRPD), which is a global tool for achieving social change, this second appointment is particularly significant. Article 19 of the Convention is the right to live independently and to be included in the community. Indeed, Prof Peter Mittler is due to be presenting on this, on behalf of DAI, at the Alzheimer’s International Conference in Hungary in April 2016.

Article 29 on “participation in public and political life” enshrines an obligation for State Parties “to persons with disabilities political rights and the opportunity to enjoy them on an equal basis with others, and shall undertake to ensure that persons with disabilities can effectively and fully participate in political and public life on an equal basis with others.”

The four major prongs of the World Dementia Council’s work currently are integrated development, “optimising the path of medicines from research through to market by reducing barriers & encouraging regulatory flexibility”; finance and incentives – “looking at ways to increase the relatively low investment in funding dementia innovation by exploring new types of funding product”; open science – “unleashing the potential of open science for sharing information and knowledge to accelerate progress in developing new treatments and care approaches”; and public health/prevention – “The Council is also beginning an evidence review into existing research on how risk factors such as diabetes and heart disease relate to dementia, as well as looking into public health messaging on lifestyle and prevention.”

Even with the development of new drugs to delay the progression of the dementias, the leading cause of which is Alzheimer’s disease in the world, the need for prevention of progression of diseases through both cognitive and non-cognitive therapies will be essential. Kate’s input as a person living with dementia and as an accomplished student of dementia herself will be unique.