Karen Dening (@KDening), Director of Admiral Nursing at Dementia UK, mooted this idea at the beginning of the UK Dementia Congress in Telford last week.

The strands in national policy for dementia care include a timely diagnosis, where much of the emphasis in policy and resources has been placed.

But it is pretty uncertain how many of the diagnoses purporting to be dementia in fact turn out to be the minimal cognitive impairment (cognitive symptoms, but not dementia). Also, it is unclear how many diagnoses of young onset dementia, where memory is very often not the first symptom, are being missed.

The policy also includes ‘dementia friendly communities’, better conceptualised as ‘dementia accessible’ or ‘dementia inclusive’ communities. The ‘friends’ programme in the England was modelled on the friends initiative in Japan, but here, and in Europe, especially much more effort has been to link the policy with human rights and equality.

Dementia is a disability, as evidenced by the guidance to the Equality Act (2010). So the approach of the United Nations Convention on Rights for People With Disabilities is very relevant here. As such, dementia is in a similar place to where activism on racism a few decades has been.

It would be wrong to think that ‘dementia friendly communities’, however defined, are a ‘quick fix’. There is a temptation to think that, coupled with ‘greater awareness’, the essence, unlike Vanilla Essence, is ‘cost neutral’.

Clearly with social care on its knees, and likely to remain so in the UK’s forthcoming comprehensive spending round, not even a budgetary magic trick of transferring funding for dementia from social care to public health can save the care sector.

In England, pressures on the care sector include demands necessary safe staffing, at above the minimum wage have demonstrated how fragile the business model of residential setting really is. The interview with Guy Hands, and recent predicament of Four Seasons, is testimony to that.

It might seem that the attractive, cheap, option might be to produce a new model army of a nation of dementia advisors or dementia support workers, but there is an inevitable danger of stockpiling the workforce with an abundance of relatively less skilled signposts to increasingly disappearing services.

Dementia is also not where cancer is, in the use of advance care planning advancing continuity of care, or a network of national clinical nursing specialists. Whereas Marie Cure and Macmillan have been spectacularly successful in clinical care of patients with cancer, the record of the dementia sector is abysmal.

On the other hand, Admiral Nurses, clinical specialist nurses from Dementia UK, are in a great place to offer care and support to people living with dementia and their carers. How wonderful it would be if the 850,000 people with dementia could rely on them as a first port of call to discuss with them the timely diagnosis, information about the condition and local services, medication reviews, continuity of care, advanced care planning, legal (e.g. power of attorney) and safeguarding issues, end of life, and even, later, bereavement issues. Admiral Nurses are as far away from a niche service, in representing unmet and met service needs, as you can get. 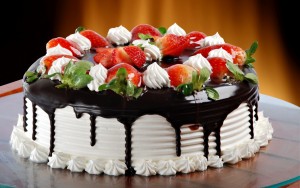 It is abundantly clear that the so-called masterchefs of the current cake have in fact made a pig’s ear of dementia care policy, promoting dementia as a brand far too much, ahead of the overall needs of the people who are trying to live beyond a diagnosis of dementia and carers.

This has been down to too much of certain ingredients, and not enough of others. The proof of the pudding, as ever, is in the eating.