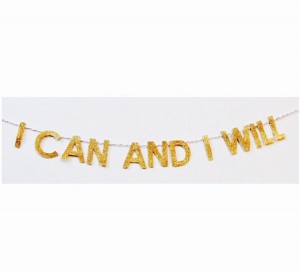 People still want to have their visions, and also their key performance indicators, in the modern NHS and social care. This is otherwise known as “having your cake and eating it”.

For all the ‘feel good factor’ of power transitioning ‘to the edge’, it is still nonetheless the case that people with the long business titles will be invited to give talks at conferences as speakers, and those who don’t won’t (and can’t often attend due to the ensuing financial barrier). Often these are not the people who know the day-to-day running of health and social care.

I am basically hoping that the discipline of ‘change’ will now become paralysed through being over-analysed. The discussion of change, I am sure well intentioned, has become so overcharged with terminology and jargon such as ‘boat rockers’ and ‘change catalyst’, so as to be exclusionary, non-accessible and non-inclusive.

There is little which is certain about life other than death and taxes. But I am sure that junior doctors are too overworked to think about their work as being ‘rebels’. Junior doctors do not enjoy being in a hierarchy, but they are. Otherwise, it would be the case they do not need to go on strike to achieve fair terms and conditions for their huge work commitments.

Contrast this to my experience.

I really enjoyed our ‘meet up’ last week in Llandudno, North Wales. In one session, we were sitting on different tables, with a non-contrived mix of people living with dementia, carers, academics, commissioners, and other interested parties. I found that people living with dementia and carers easily found themselves rising to the top of the most valuable contributions, despite all the talk of ‘flattening hierarchies’.

I think the ‘flattening hierarchies’ narrative is misplaced.

I believe that people with dementia and those closest to them ought to be listened first, when it comes to working out whether processes and systems for research and service provision are working.

I think the ‘don’t ask for permission’ meme is inadvertently wrongly positioned.

I think the ‘don’t ask for permission’ meme inadvertently assumes that the wounded party is necessarily already having to ask for permission. I know plenty of people living with dementia who do not need to be told that they are allowed to be leaders. They are not sitting around waiting to be told – otherwise they would be taking on a rôle of submission.

A ‘call to action’ is fine, but not what is fine is the bandwagon effect of people absorbed into a massive groupthink making it harder to make a very small change at a local level. The group think of becoming ‘dementia friendly’ according to one large organisation can easily see wilful blindness to the closure of respite services or provision of a service of clinical specialist nurses locally.

For me, ‘change’ has become a cult. You can spot identical memes on Twitter, and it is getting nauseating. I dread to think what would have happened if Martin Luther King and Mahatma Gandhi had processed mapped their struggles onto a ‘call to action’.