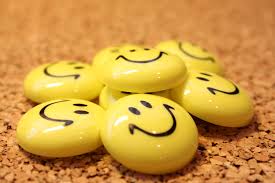 One of the biggest illusions, and this is not a ‘complaint’ about this jurisdiction only, is that large dementia charities represent the views of persons with dementia.

They have a myriad of different influences, and certainly it has become dangerous that they legitimise policy directions from which many persons with dementia and caregivers can become totally disenfranchised.

The first option is that they can hope to influence large dementia charities better, but this is an impossible task. They act in organised corporate ways, with much marketing and branding power, so if they decide not to adopt the agenda of persons with dementia and carers it would not be altogether surprising.

The second option is to form strategic alliances with general patient groups, but not all persons with a long term condition are ‘users’ of healthcare services which thus far have typically concentrated on illness rather than health.

The third way, and this is in my opinion the most realistic option is to organise better a national and international network of groups focused on the needs of, and run by, persons with dementia.

There are, however, very impressive carers organisations, and many of their competences and aims align with the person-driven agenda for wellbeing.

The uphill task for those of us pursuing a living well with dementia agenda is truly formidable. Cholinesterase inhibitors, the frontline drugs for treating memory problems in Alzheimer’s disease, have annual sales in the billions, but have very modest effects in the vast majority of patients. They do not reverse or markedly slow down the disease either.

I feel that getting in lost in a definition of wellbeing, and how we measure it, is not the way to win the argument, although clearly relevant to how commissioning for integrated care might happen in future, say through value-based commissioning.

I feel arguments based on cause and effect will be more compelling (and easily supported by supporting evidence). That is, memory reminiscence techniques, improving the design of homes and wards, and introduction of innovations such as the ‘Dementia Dog’, which clearly have had a beneficial outcome for many, are options worth pursuing.

The ’cause’ of attracting monies for high quality research, acting as a foundation for pharmacological interventions, is a very worthy one. As someone who has published in this arena in international journals, I certainly don’t have any weird ideological objection to such work.

But we have to acknowledge, albeit reluctantly, that the world is changing, and whether some of us like it or not becoming more “consumer-driven”.

Citizens have become consumers with status proportional to purchasing power, and there’s now a fine line between data gathering of your personal lifestyle preferences through the ‘recreational’ social media and direct targetted marketing of things to improve your health or prevent illness.

The ultimate prize for industry is to determine government policy, but smaller organisations cannot compete against the large corporations, many of which contribute generously to political organisations too.

Where wellbeing campaigners lobbying may not succeed on economic power, their organising ability might succeed on the basis of facts and logic, in seeking out a constructive alternative to the existing policy, practice, or product.

It is often said that the basic rule of pressuring targets is that politicians react to publicity that reflects on their character, bureaucrats react to disrupting their provision of services and programmes, and corporations react to loss of their product’s reputation.

Wellbeing is an agenda for which politicians could have, and have had, much affinity.

If regulations are to be implemented, it’s often possible, hijack or “capture” the regulatory process. This can become easy if the regulatory process is biased towards a medical model of dementia, e.g. the General Medical Council and NICE, rather than social care institutions which are tacitly not given parity.

A committed opponent, who for the most part we’re not interested in reaching because debate with this individual tends to harden his or her position. Big Pharma, the General Medical Council, NICE and large dementia charities are clearly not targets to promote the wellbeing agenda.

The focus in parliament, through the All Party Parliamentary Group, and to some extent helped by powerful allies in the charity and corporate sector, has been relentlessly medical too.

Prof Felicia Huppert, to which my book is dedicated, ran a Royal Society meeting on wellbeing. There is no doubt that this was very succcessful, but we have never had a corollary in parliament.

A legislative hearing, however, gives the lawmakers the opportunity to hear all sides of an issue and to ask questions and challenge witnesses in a relatively brief span of time.

In 1991, the author Michael Frayn wrote a book, A Landing on the Sun, about a British prime minister who tasked his advisers with looking into happiness and what the government could do to promote it. The prize proved elusive, the adviser went mad and died.

Even in November 2010, speaking at the Google Zeitgeist Europe conference, David Cameron suggested, “Wellbeing can’t be measured by money or traded in markets.”

“It’s about the beauty of our surroundings, the quality of our culture and, above all, the strength of our relationships. Improving our society’s sense of wellbeing is, I believe, the central political challenge of our times.”

And this agenda has not sprung out of nowhere.

Aristotle talked about “eudaimonia” – happiness as human flourishing and purpose to life – rather than the modern hedonistic concept. John Maynard Keynes talked about the “art of life” in 1930, and in 1968 Bobby Kennedy told a student audience in Kansas: “We cannot measure national spirit by the Dow Jones average, nor national achievement by the gross domestic product.”

Tacrine was the prototypical cholinesterase inhibitor for the treatment of Alzheimer’s disease. William K Summers received a patent for this use (US Patent No. 4,816,456).  Studies found that it may have a small beneficial effect on cognition and other clinical measures, though study data was limited. and the clinical relevance of these findings was unclear.

Tacrine was ultimately discontinued in the US. Unfortunately, it is associated with transaminase elevation in up to 50% of patients. The mechanism of tacrine-induced liver damage is not fully understood, but earlier studies have suggested that genetic factors may play a role.

And now leading Big Pharma companies are involved in an ‘arms race’ to get their drugs to market, and they have powerful allies in large dementia charities worldwide.

Both the AstraZeneca and Merck medicines work by blocking an enzyme called beta secretase that is involved in production of beta-amyloid, a protein that creates brain plaques considered a major cause of Alzheimer’s disease.

Such oral drugs are known as BACE inhibitors and are viewed as a promising new approach to fighting the memory-robbing condition.

Not all experts accept that reducing beta-amyloid is the key to defeating Alzheimer’s, however, and the safety of the new BACE drugs has also been a subject of concern after Lilly pulled the plug on its product due to liver toxicity.

Unlike heart disease and cancer, no major advancements have been seen in Alzheimer’s drug research since the first treatment was approved in 1993 by U.S. regulators.

Of course, the push away from the relative failure of the drug industry should not be the only reason to pursue living well with dementia.

Being disciplined and organising specialist groups to represent only the needs of persons with dementia, both nationally and internationally, will be the only way to promote living well with dementia in the current environment.

A problem has been the cosiness between the large charities and the Pharma agenda. It is virtually impossible now to detect and act upon material conflicts of interest.

It’s not impossible that the sheer numbers of interested people can act as one large external radical for change. A new organisation, Dementia Alliance International, holds already substantial promise for advocacy for people living with dementia. There is also monumental size of influence of ‘the Carers’ Call to Action’ from the Dementia Action Alliance in this jurisdiction. And size is power.

But I don’t really feel that it should be a competition. The risk, nonetheless, of totally ignoring persons with dementia, their friends, family, or carers, is that the more you ignore them, they more they’ll come back.

Or as Labi Saffre said, “”The higher you build your barriers, the taller I become.”