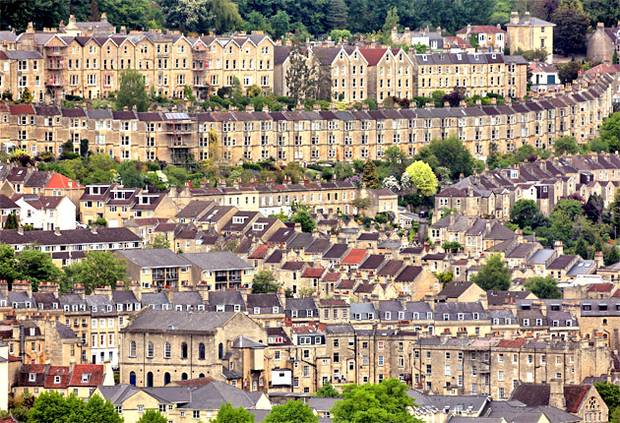 You can currently view the dementia debate in the House of Lords from 22 January 2014 here:

The whole of this debate was extremely interesting, but one particularly societal housing issue was raised amidst the discussions.

One argument is that many of us are living in accommodation unsuitable for our needs anyway.

Lord Best, a Cross-Bench peer, introduced the notion of ‘downsizing’ in housing for older residents including people living with dementia, to improve their wellbeing:

“The Hanover@50 website displays the input from nine national think tanks on questions of housing and care for older people. In summarising these contributions to the debate that Hanover organised to mark its 50th anniversary, I contributed a 10th chapter, called, “Accommodating our extended middle age”. This addresses two of the most significant problems facing the UK: first, the escalating health and social care requirements for those in later life and, secondly, the acute shortages of homes for younger households. The proposed solution to both problems is to build attractive, well designed homes for those in their extended middle age—55 to 75 years-old—and create a sea change in attitudes in the UK to downsizing or “right sizing”.

If even a modest proportion of the rapidly growing number of older, single people and couples living in family homes could be enticed—by spacious, light, energy-efficient new homes—to downsize, there would be huge gains for them and for the nation: improved health and well-being for movers; liberation from looking after bigger homes and gardens; reduced accidents in the home or illnesses linked to cold or damp; and pre-empting, postponing and preventing loss of independence and enforced moves into expensive residential care in later life.

Downsizing retirees can access wealth by releasing equity, and this can pay for care, assist the next generation or simply fund happier retirement. Standards of living can be dramatically improved, and the setting of “sociable housing” for those in extended middle age can reduce the likelihood of loneliness and isolation, which are the chief causes of misery and mental health problems for older people.”

Most discussion about kick-starting housing focuses on first-time buyers. But local authorities, arguably, could do much more to help older people live in homes that are suitable for their needs later in life

As an ageing society – where buying a first home has been a rite of passage for decades – we tend not to discuss openly or explicitly about what kind of housing people need as they get older.

This should encourage an approach of solidarity, collaboration, cooperation and reciprocity. It’s also, potentially, a question about fundamentally pooling resources.

Housing quality and choice are key to a successful ageing society: good housing allows easier care delivery and often represents significant housing wealth that can help to maintain or improve lifestyles as we age.

They have invited nine prominent think tanks from across the political spectrum to contribute to the Hanover@50 Debate. Their provocative views aim to prompt a fresh look at housing and ageing.

Interestingly, the sixth think piece in the Debate, ‘Downsizing in later life and appropriate housing size across our lifetime’, calls for a fresh look at under-occupation and housing in later life.

Author of the piece, Dr Dylan Kneale, argues that asking older people alone to downsize is “ageist”: his argument is that we should be discouraging under-occupation through life. Dr Kneale suggests that it is in the interest of us all to consider how much housing we consume and the benefits of this in financial and other terms. In English equality law, an offence is produced if a prohibited behaviour is conducted against a protected characteristic to a group of people (in indirect discrimination). So is “targeting” older people with dementia to live well “ageist”?

The University of Stirling have produced an excellent publication entitled. “Improving the design of housing to assist people with dementia”.

But there has been relatively little work looking at the overall size of the accommodation of persons living independently with dementia.

It is, arguably, in the interests of society generally that expenditure on health services and residential care is reduced wherever possible. Good dementia design can enable people to remain at home for longer and can also reduce the likelihood of them having falls.

One of the main reasons why people go into a care home is because they have had a fall. Other positive outcomes of good design can include lower levels of agitation, confusion, restlessness and disorientation because the person is less distressed.  So, is it actually “ageist” to identify a group particularly at risk, older people with dementia, and to think about what might be more suitable for their aspirations to live independently?

This is particularly important, if you consider that the purpose of policy is to encourage older people with dementia to live better independently.