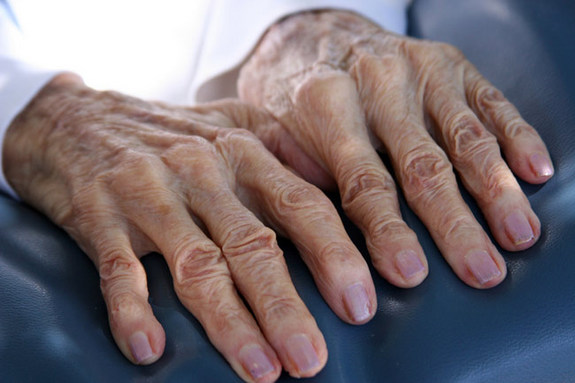 This week,  to great fanfare, the G8 hosted its summit on dementia. Indeed, that the G8 were discussing a single condition was indeed remarkable. That they were joining forces to consider working together on this inspired hope.

What was unforgiveable was the sheer volume of myths about dementia which were pedalled though by the media. Prof Alistair Burns to his credit gave an answer in an interview by Emily Maitlis explaining how dementia prevalence rates appeared to be falling, in response to the backdrop set up by media memes such as ‘timebomb’. Many were left extremely angry on account of the lack of balance, completely distorting the picture such that any idea of someone ‘living well with dementia’ became a rarity.

What was not expected was a sanitisation of advanced dementia, but even there there was not a discussion of end of life care. In fact, there generally was no discussion of a minimum safe level of health and social care in any of the countries. The media pushed hard ‘a cure for dementia by 2025′, which major Alzheimer’s societies had signed up to. The claim is complete and utter rubbish, as there are over a hundred different types of dementia; the public were unashamedly being sold a pup.

The English health system, the National Health Service, has an obsession with ‘efficiency’. So much so it will happily fork out to pay one for one junior doctor covering all the general medical hospital every night for a week, and that junior doctor doesn’t stop all night. Sometimes that junior doctor will be expected to cover the wards too. Cover by nurses can be equally ‘lean’ during the weekends too.

The obsession with measuring ‘I want good care’ and regulation is akin to a teacher who has forgotten to teach but can set regular assessments. When the system is set up to run everything with much less doing a lot more, it’s possible something has got to give. And this is of course precisely what happened at Mid Staffs.

And yet out of the blue there appeared a 493 page document ultimately called the Health and Social Care Act (2012) which had nothing to do with this most important point about patient safety. There is not even a single clause to do with patient safety (unless  you include the clause abolishing the National Patient Safety Agency). The medical Royal Colleges were not involved. The BMA was not involved. And yet the Act of parliament, outsourcing and privatising the NHS, is just what the Corporate ordered.

This is what is known in the (business) trade as an ‘opportunity cost’ where money and efforts could have been better spent elsewhere. In this particular case, despite a promise of ‘no top reorganisation’, there was a £3bn reorganisation.

When attending a medical ward, you have to go to the sick patient first. You have to prioritise. If there had to be an unannounced reform of the NHS, outsourcing it was not the priority. The latest survey even shows that the public don’t especially like private providers doing NHS work.

Likewise, the priority for dementia care should have been investment in the social capital of caring. Too often carers are embattled with the biological, financial and legal considerations of caring. Many carers are themselves on zero-hours contracts. The G8 dementia summit was a great opportunity to confront that.

It didn’t. Instead, with alarming synchrony, the G8 leaders came together to sing off the corporate script. Vivienne Parry with effortless ease choreographed a seemingly spontaneous discussion about well rehearsed arguments for the need for ‘big data’, global data sharing, genomics, and personalised medicine, for much of the day. Prevention was of course discussed, but this is of course intimately wound up with the collection of information about the person, and the use of that other pet subject, biomarkers.

And more research is not better research, in the same way bigger information is not better information. If research monies are diverted into data analysis, genomics and personalised medicine, these monies will be diverted away from research into caring for example. One wonders whither the ‘cure for dementia’ will actually go, unless they have another fifteen years to look at slowing the progression of Alzheimer’s disease. The evidence that cholinesterase inhibitors, a class of drugs used to treat symptomatically memory and attention problems in Alzheimer’s disease, has a beneficial effect on slowing disease progression is as low as it possibly can be after nearly 20 years of expensive research in this area.

The G8 summit, like the Health and Social Care Act, was ‘corporate capture’ at its best, so if you’re angry, well done, that is the appropriate emotional reaction!  If you were wondering if you’d accidentally missed the discussion of carers and how they would be involved until 2025, don’t worry, you hadn’t. They weren’t there.