This is the programme for today which I’m looking to enormously today.

I will be promoting heavily the cause of living well with dementia, to swing the pendulum away from pumping all the money into clinical trials into drug trials for medications which thus far have had nasty side effects.

In keeping with this, I have been given kind permission to give out my G8 Dementia Summit questionnaire to look at delegates’ perception of what this conference was actually about.

We need also not to lose sight of the current persons with dementia, to ensure that they have good outcomes in the wellbeing.

This can be achieved through proper design of care environments, access to innovations including assistive technology, meaningful communities and networks for people with dementia to be part of and to lead in, and proper access to advocacy support services and information which empower choice and control.

There’s a lot to do here – and we need to have high quality research into all of this arm of research too.

Coming back home to Scotland is like travelling back in time for me.

I was born in Glasgow on June 18th 1974, and my lasting memory of leaving Glasgow for London 37 years ago was how relatively unfriendly Londoners were in comparison.

Of course the train journey through the beautiful England-Scottish border countryside brought it back to me. There’s a lot to be said for getting out of London. It’s an honour to be here back in Scotland.

I had absolutely no idea I would have such a warm welcome here in Scotland. Still feeling incredibly emotional I’m here at all in Glasgow.

@legalaware Lucky you. You will get a warm Scots welcome I’m sure!

Penultimate stop in Carlisle. In my 40th year returning to #scotland at long last. pic.twitter.com/og6OAGSc66

@legalaware @BarbaraACannon @Johnrashton47 Glad there are blues skies to greet you Shibley! Have a great conference!

@legalaware welcome up north! Anything exciting?

My book ‘Living well with dementia’ is here.

Amazing … A truly unique and multi-faceted contribution. The whole book is infused with passion and the desire to make a difference to those living with dementia…A fantastic resource and user guide covering topics such as communication and living well with dementia, home and ward design, assisted technology, and built environments. Shibley should be congratulated for this unique synthesis of ideas and practice.’
Professor John R Hodges, in his Foreword

‘Outstanding…I am so excited about Shibley’s book. It is written in a language that is easy to read, and the book will appeal to a wide readership. He has tackled many of the big topics ‘head on’, and put the person living with dementia and their families at the centre of his writing. You can tell this book is written by someone who ‘understands’ dementia; someone who has seen its joy, but also felt the pain…Everyone should be allowed to live well with dementia for however long that may be, and, with this book, we can go some way to making this a reality for all.’ –Sally-Ann Marciano, in her Foreword 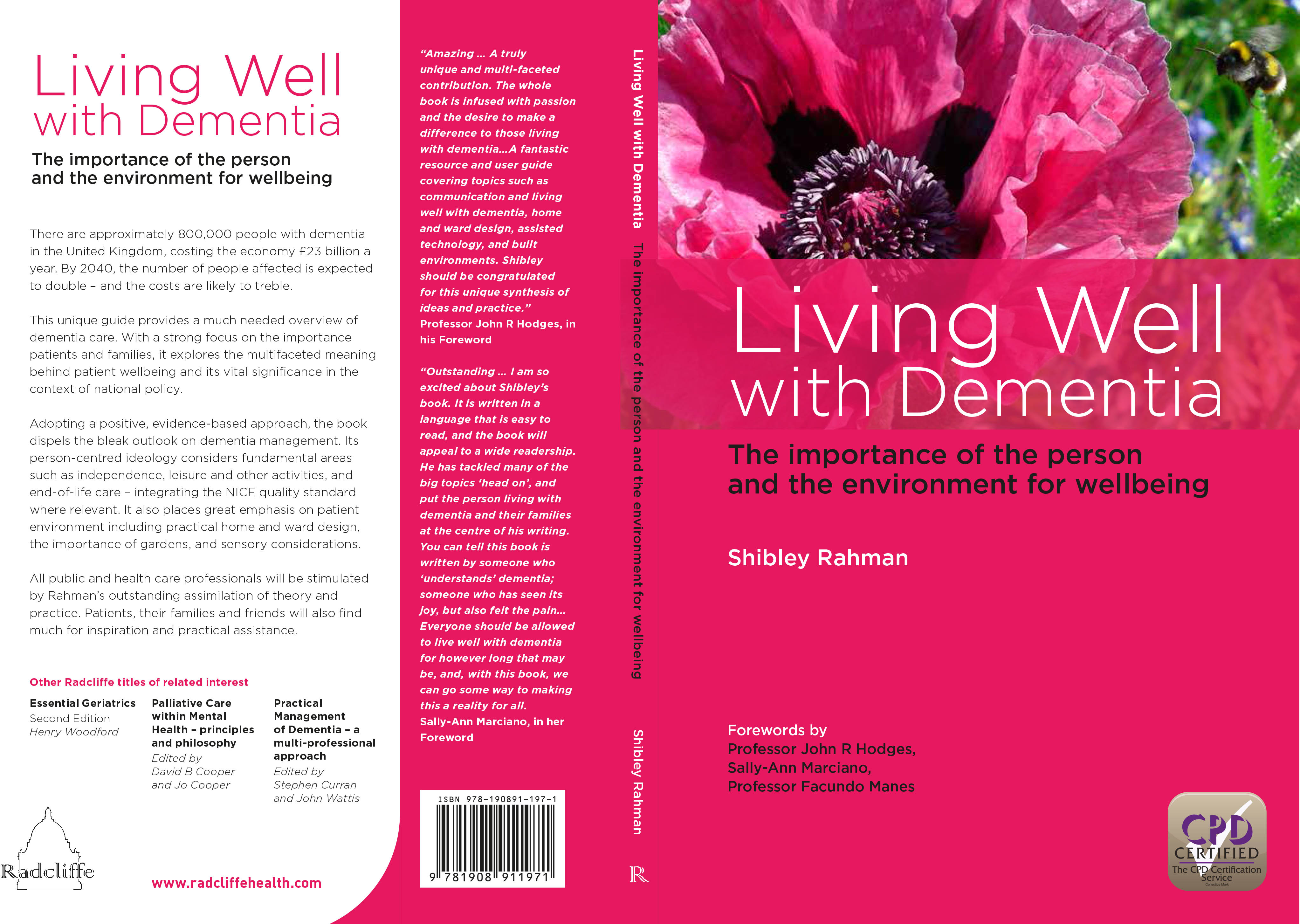