I was honoured to be invited by Chris Roberts and his family to the National Dementia Care Awards 2015. 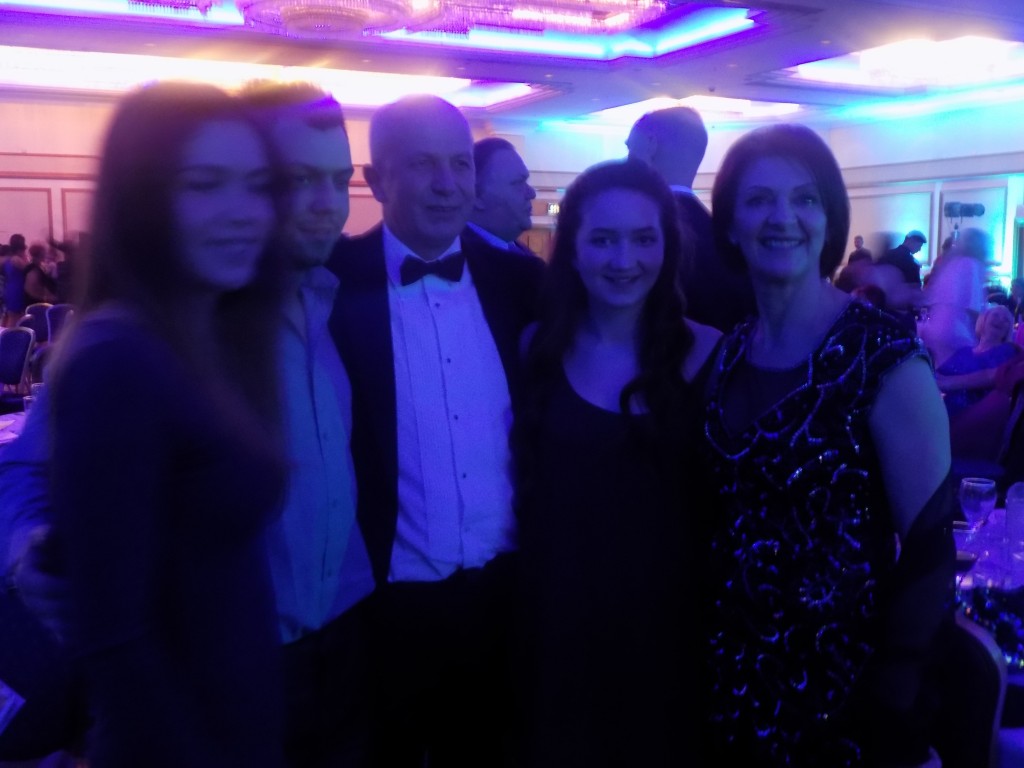 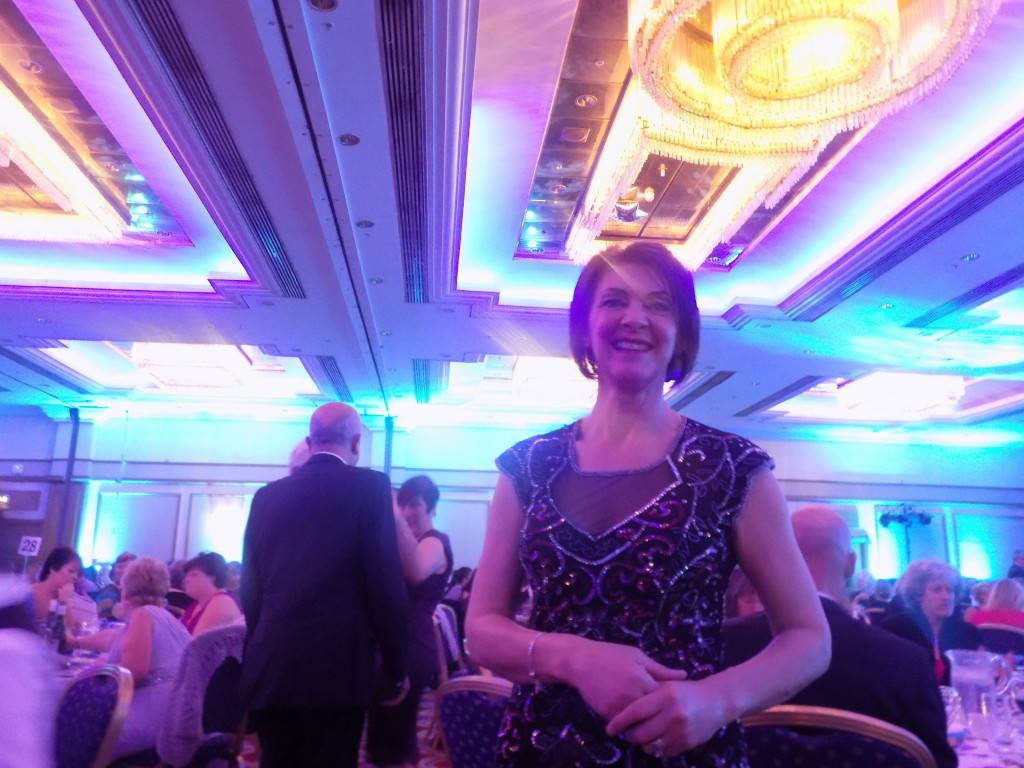 I arrived at the Birmingham Hilton Metropole Hotel on Friday afternoon, where I was immediately serendipitously greeted by Lucy Frost and Emma Bulled. I was very relieved to see them both as I knew as I was in the right city. I was pleased that Brighton’s initiatives in acute hospital care had been recognised, in no small part due to Emma and Lucy and their colleagues. 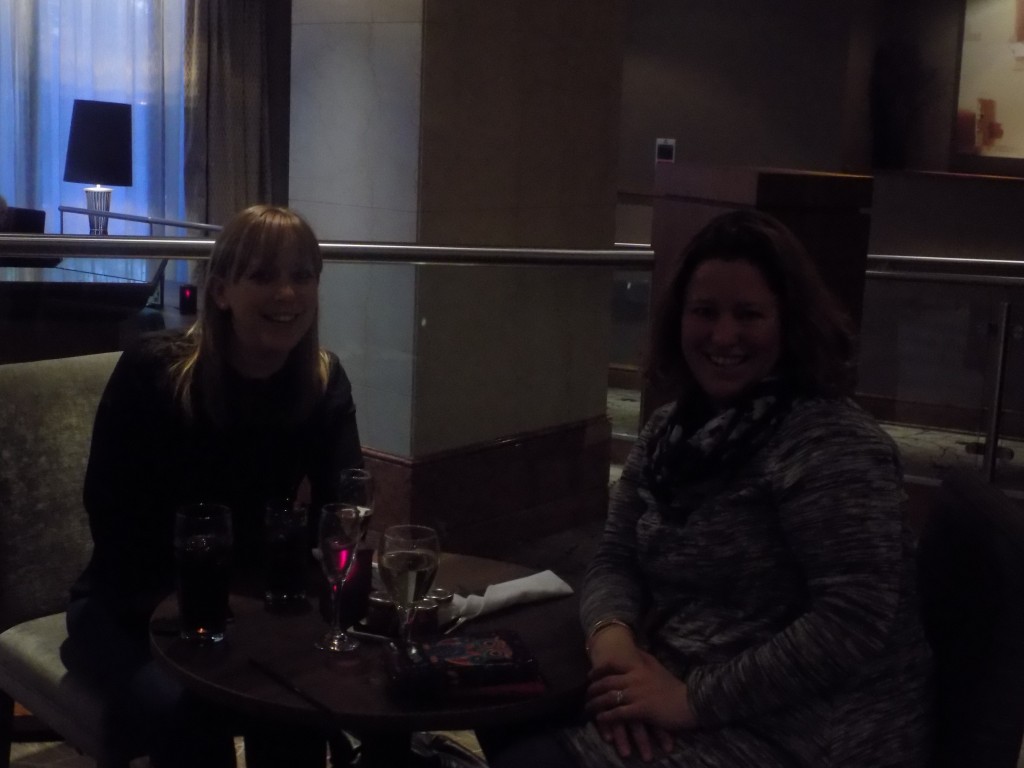 Lucy later that evening introduced me to her friend and colleague Richie who was great to chat with – Richie is a very gifted, thoughtful individual who also works at Brighton. 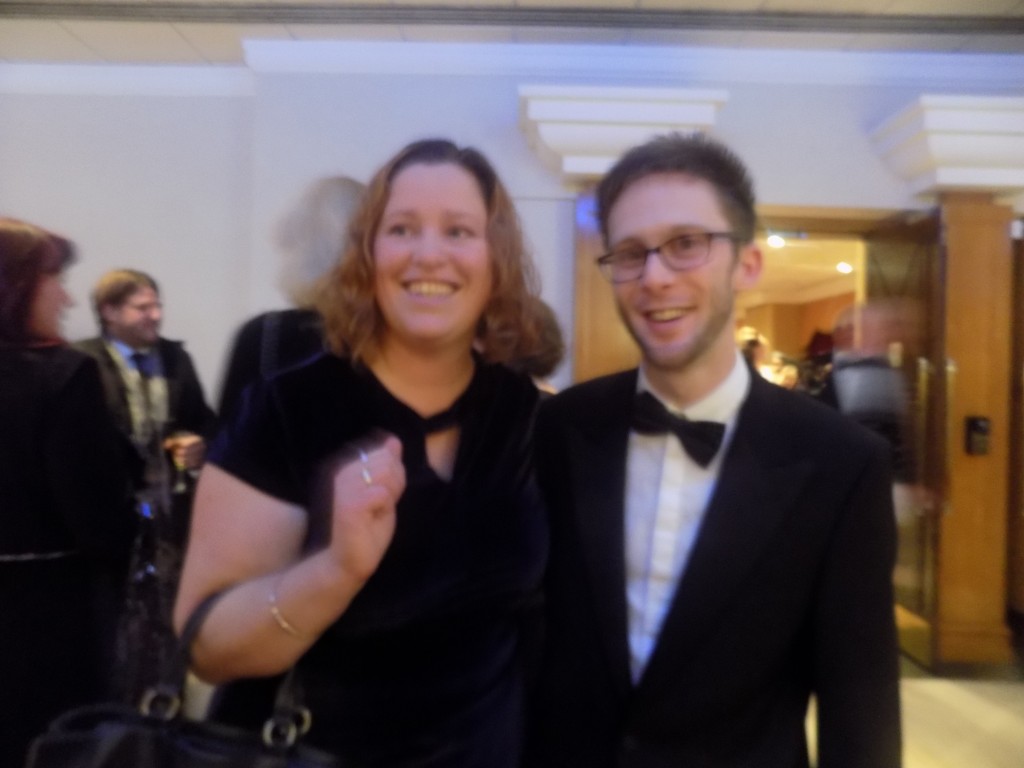 Entering the event was a bit of a ‘who’s who’. 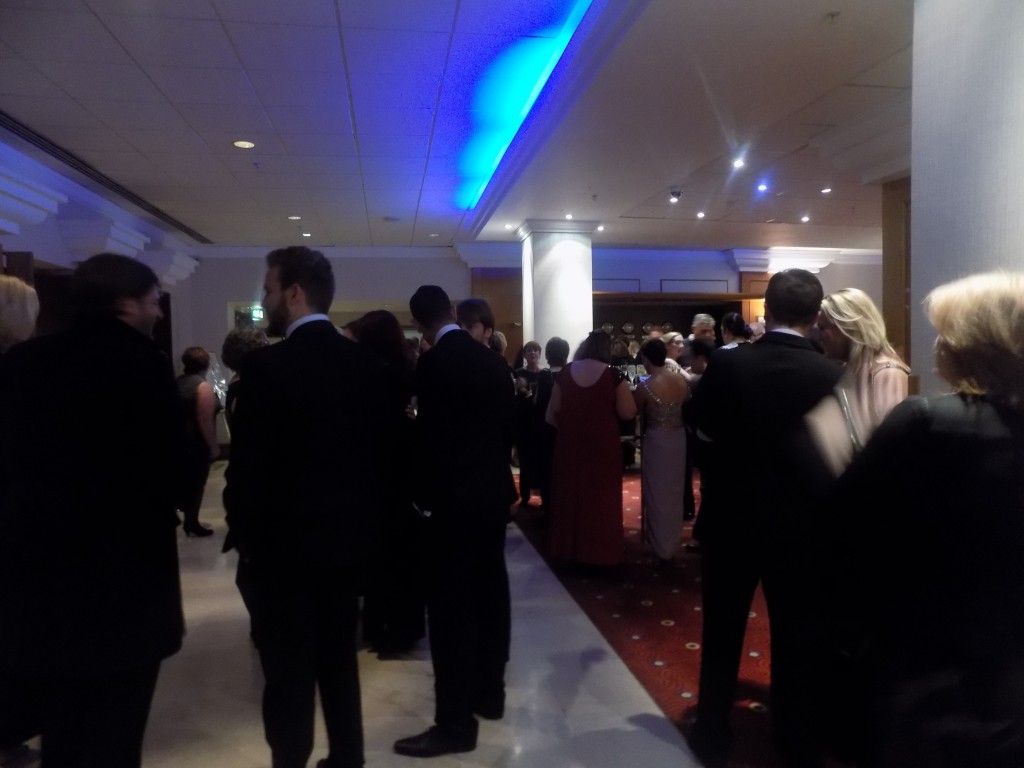 I feel now as if I’ve got to know Dr Richard Hawkins quite well by now, having spent nearly two weeks back to back in his company (the first week being the UK Dementia Congress in Telford the other day). Richard’s great fun. 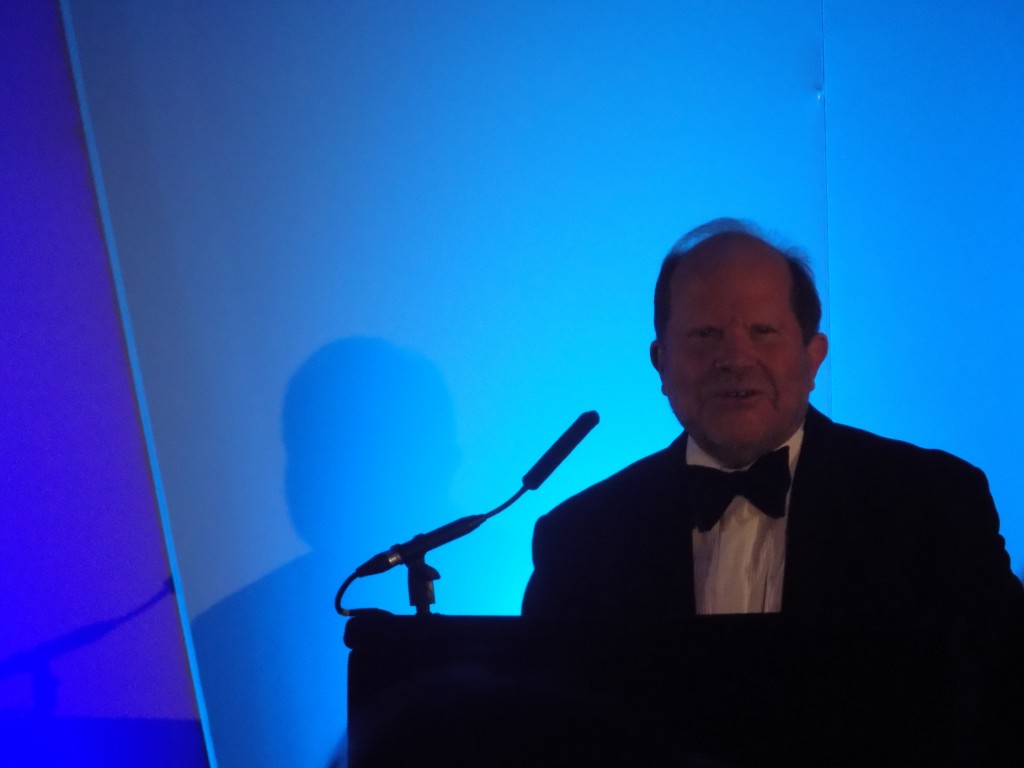 At the front of most of our thoughts was Tim Lloyd-Yeates who sadly passed away earlier this year. I really enjoyed the presentation by Alive! which was Tim’s creation. 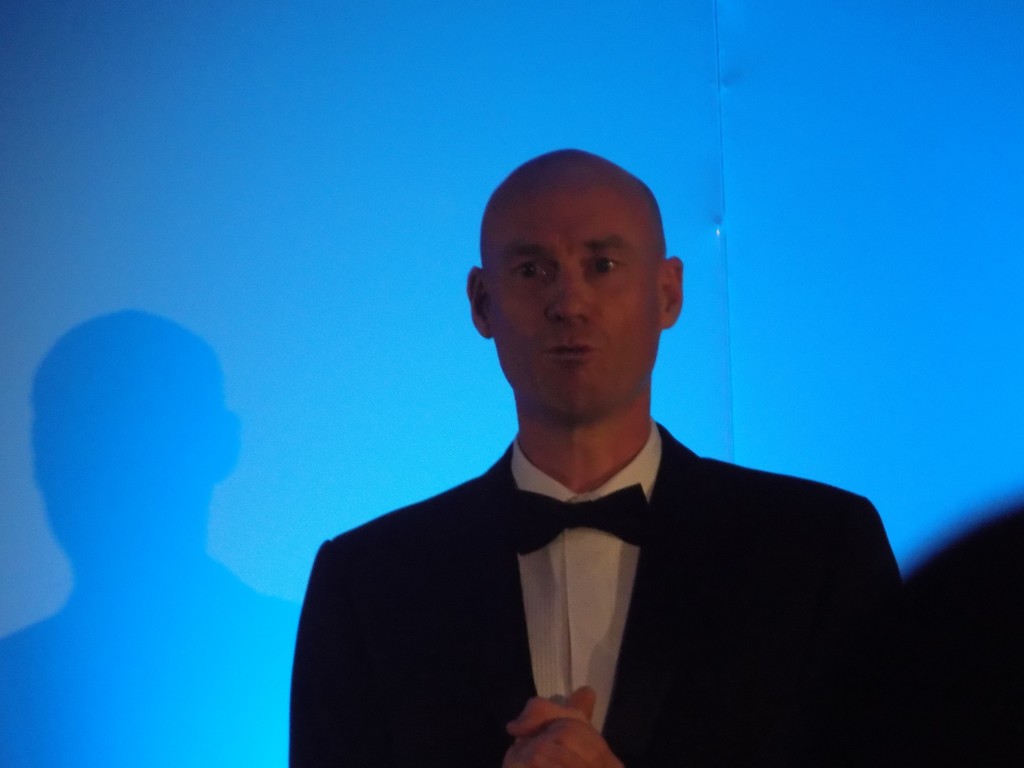 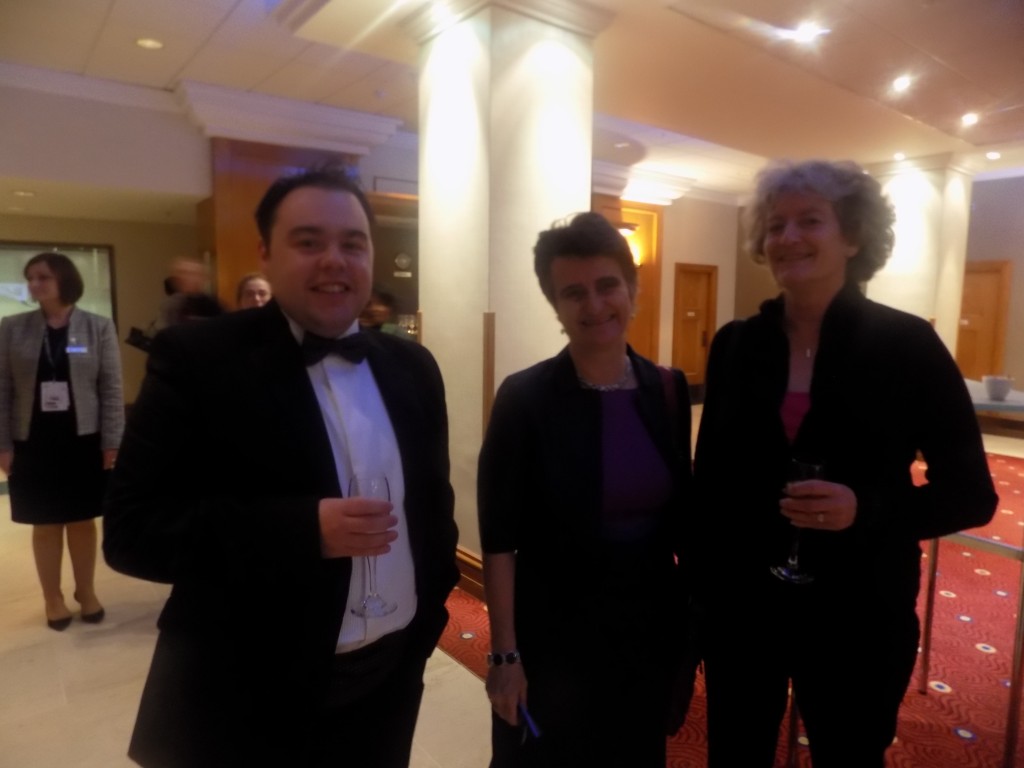 It was great to see the Northern Irish contingent, Joanne Agnelli, Jessie McGreevy and Gary Mitchell. 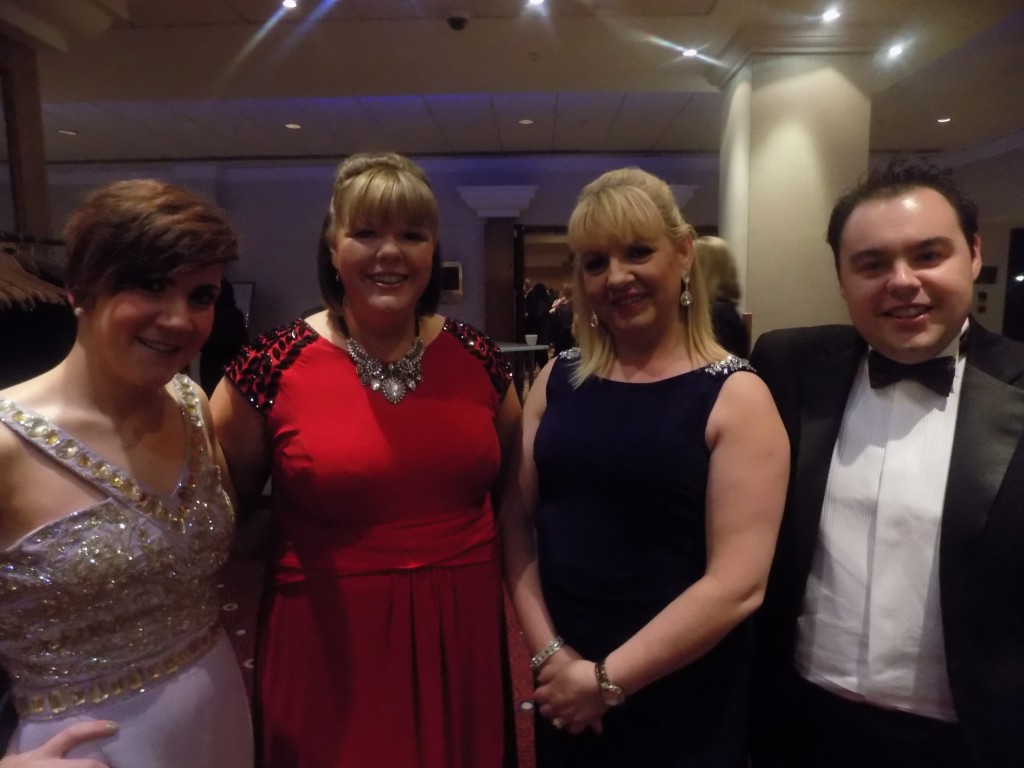 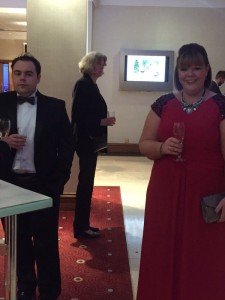 But huge apologies for the accidental photobombing later.

I should like to thank Jessica Harman and Fiona Robb for the huge amount of work they put into the evening, and Jessica especially for getting me access to soft drinks (as I never drink alcohol for various reasons) without any fuss or reservation at all. 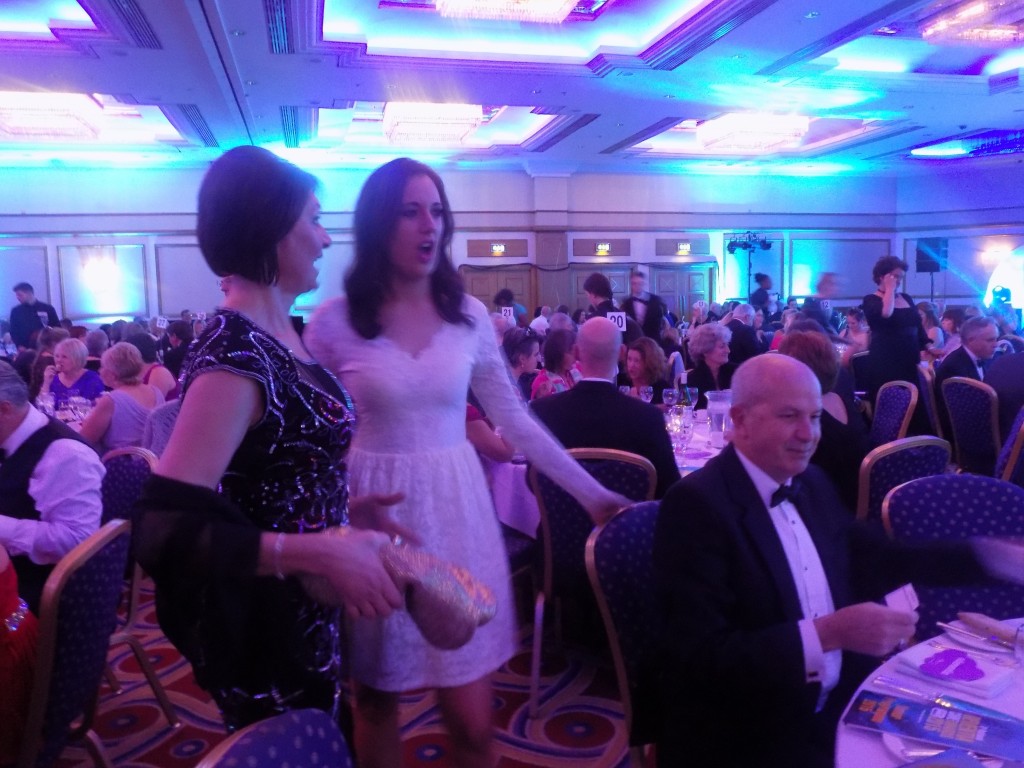 I have to say, entirely genuinely, the organisation was immaculate. 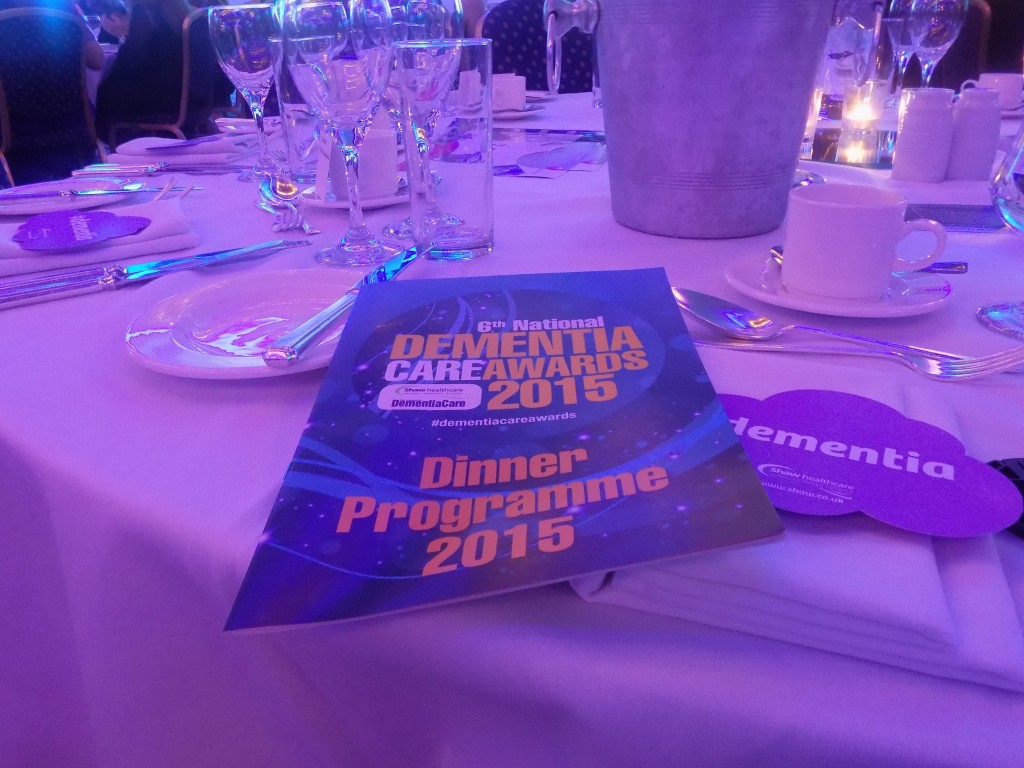 We rarely get a chance to celebrate the best in dementia care. Too much of it comes across as firefighting, or even at worst ‘damage limitation’. It was therefore awesome to celebrate people who are at the top of the game.

I said to Joy Watson, an amazing campaigner, and nominee for most exceptional person living with dementia, jokingly, that Tony Husband was enjoying himself at the champagne reception. Joy laughed and said, “Yeah Shibley – he’s driving!” 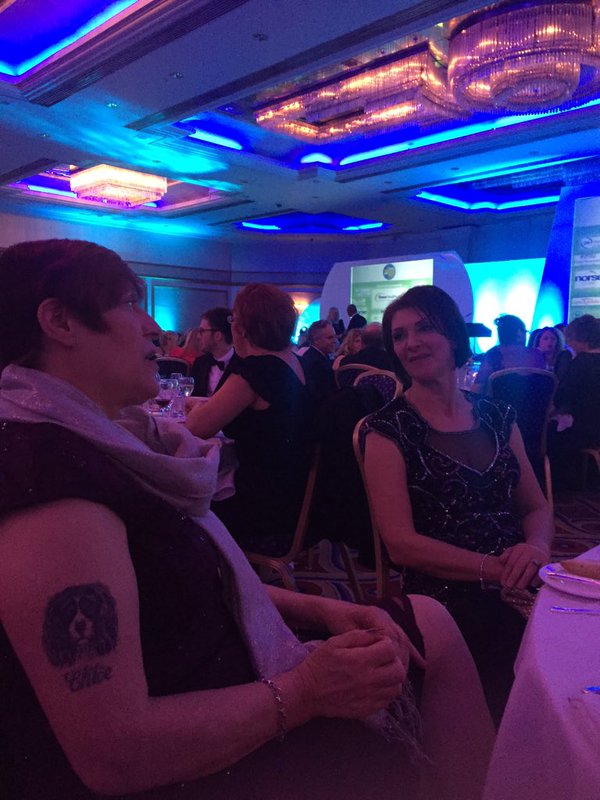 I think a part of dementia policy which works is ‘dementia friendly communities’. There is no doubt that Nicky Taylor and the team of West Yorkshire Playhouse were deserved winners of best innovation, for the sheer remarkable skill and attention to detail they pay over inclusivity and accessibility. 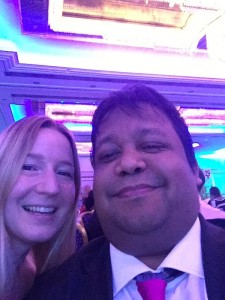 This is all a fire cry from my memory of clinical training in the cusp of the turn of the millennium where residents with dementia were literally restrained to their chairs, abusing their fundamental human rights, and had set times at which to go to the toilet.

This is not to airbrush bad care, at all, but for us to learn from what works in a constructive manner.

It was an honour to meet Liz Cunningham who won most exceptional person living with dementia, who was praised for her outstanding initiatives in the local community. 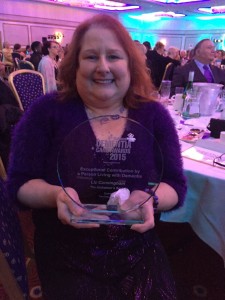 I think personally in future it might be sensible for all finalists to be ‘winners’ in this category. All the nominees, including Chris Roberts, Joy Watson, Ken Howard, I personally felt were outstanding – and whilst I am not one for ‘the Dodo verdict’, i.e. “everyone has won and all shall have prizes”, I felt to judge people who have a cigarette paper between them in terms of contribution to campaigning for awareness was unfair to all concerned.

Chris Roberts even got a card later on from the judges praising him for his outstanding work. 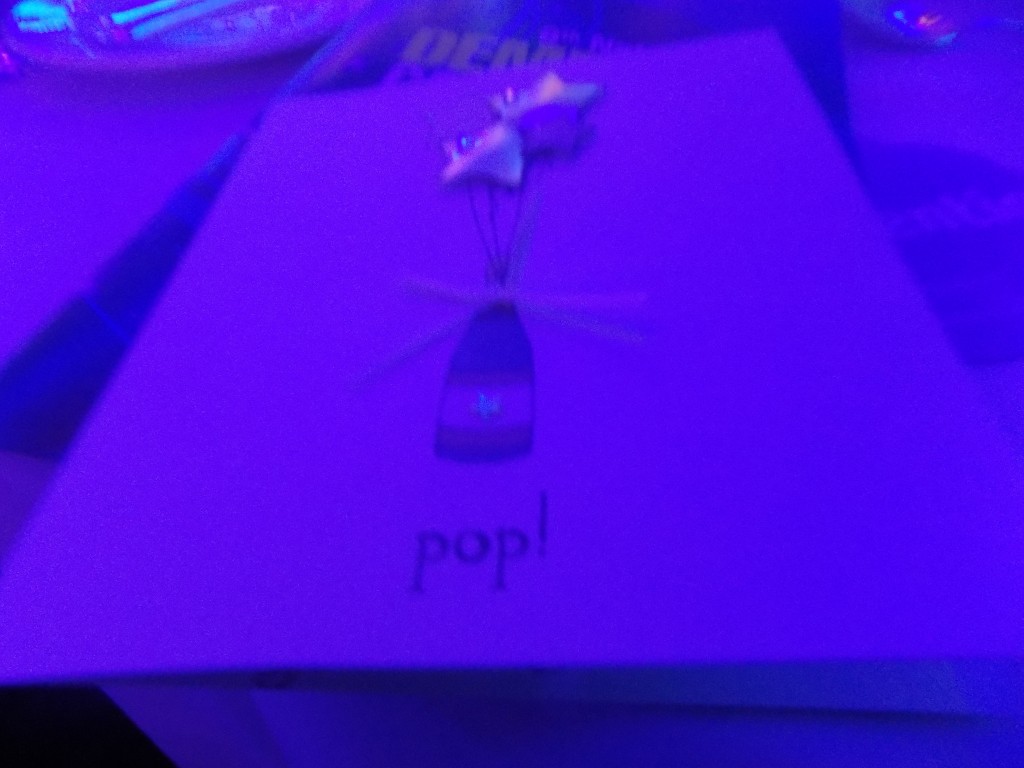 But this was a very very nice touch by the organisers of this event.

Meanwhile, here’s “our Ken” – I reminisced with Zoe the old joke, “What do you call a well dressed man in a  suit? The defendant.” 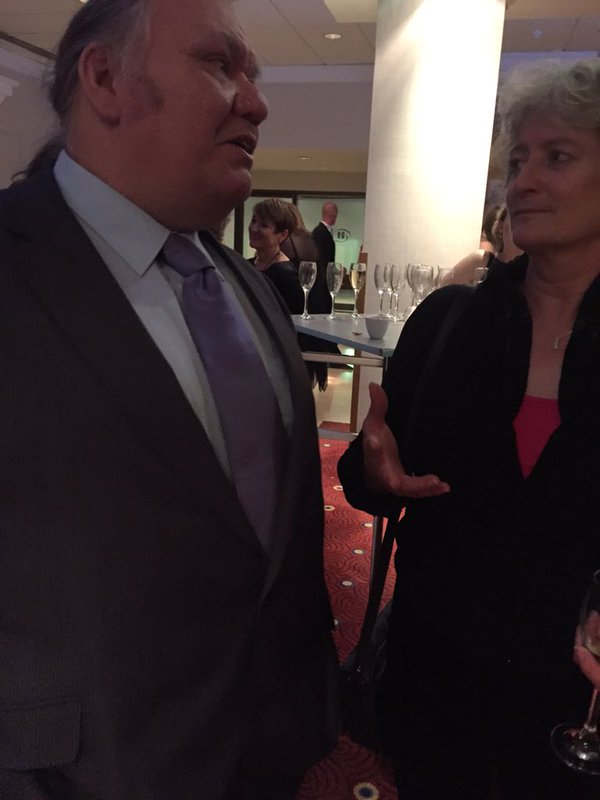 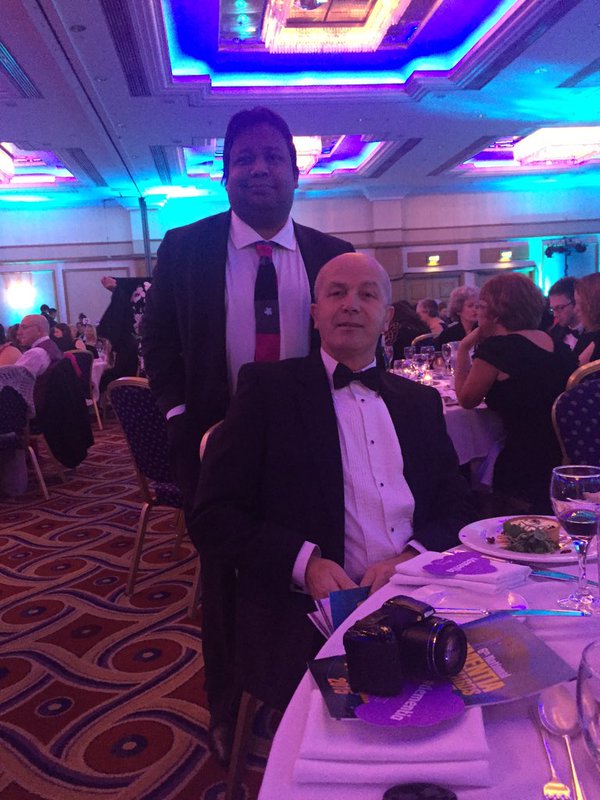 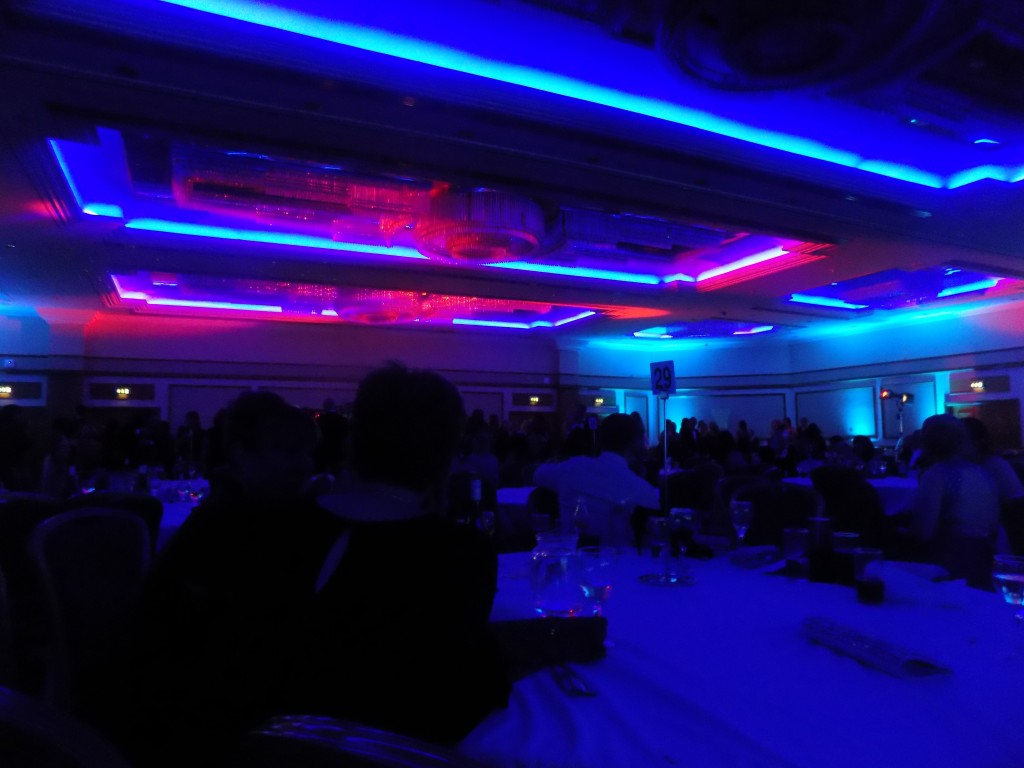 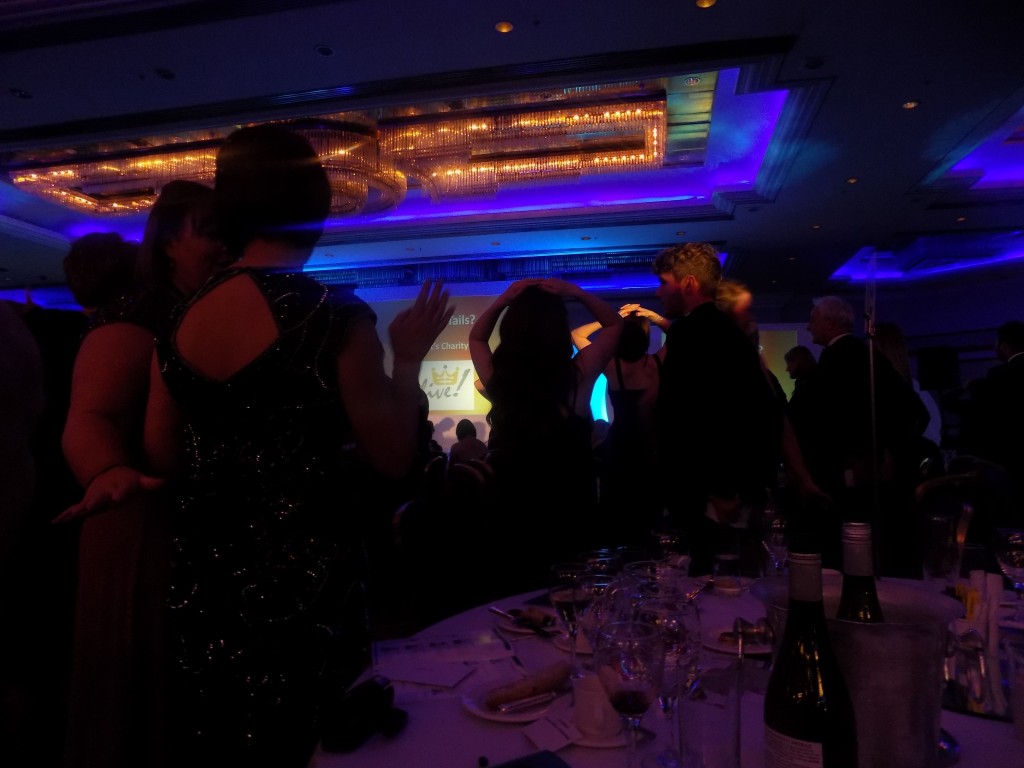 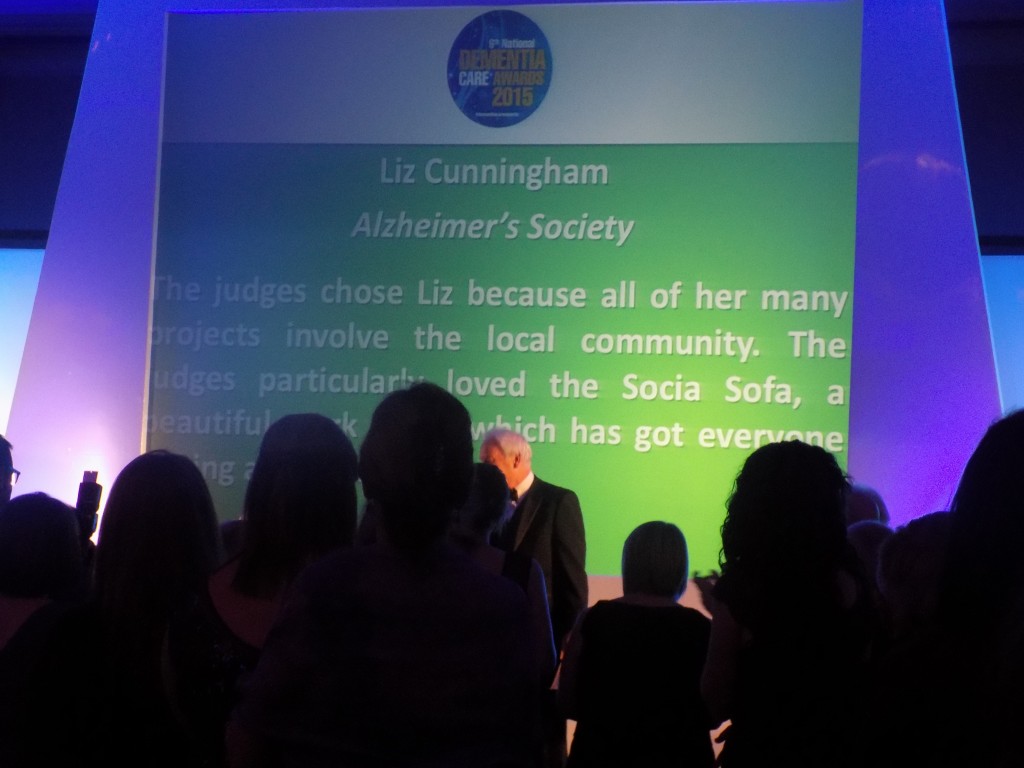 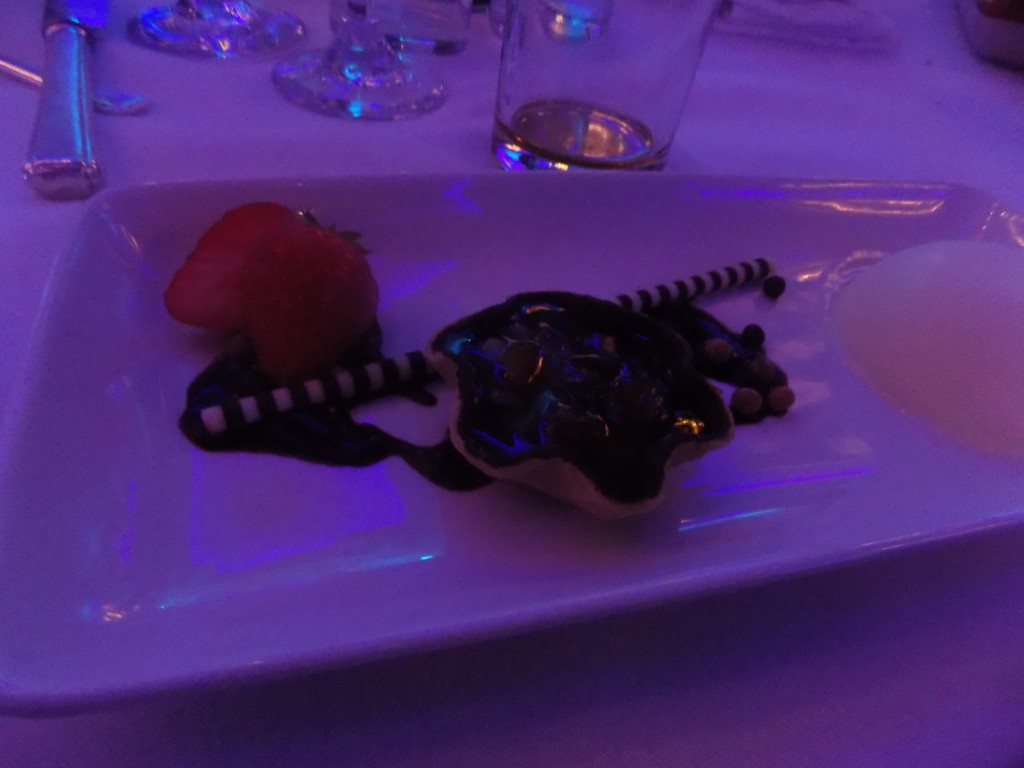 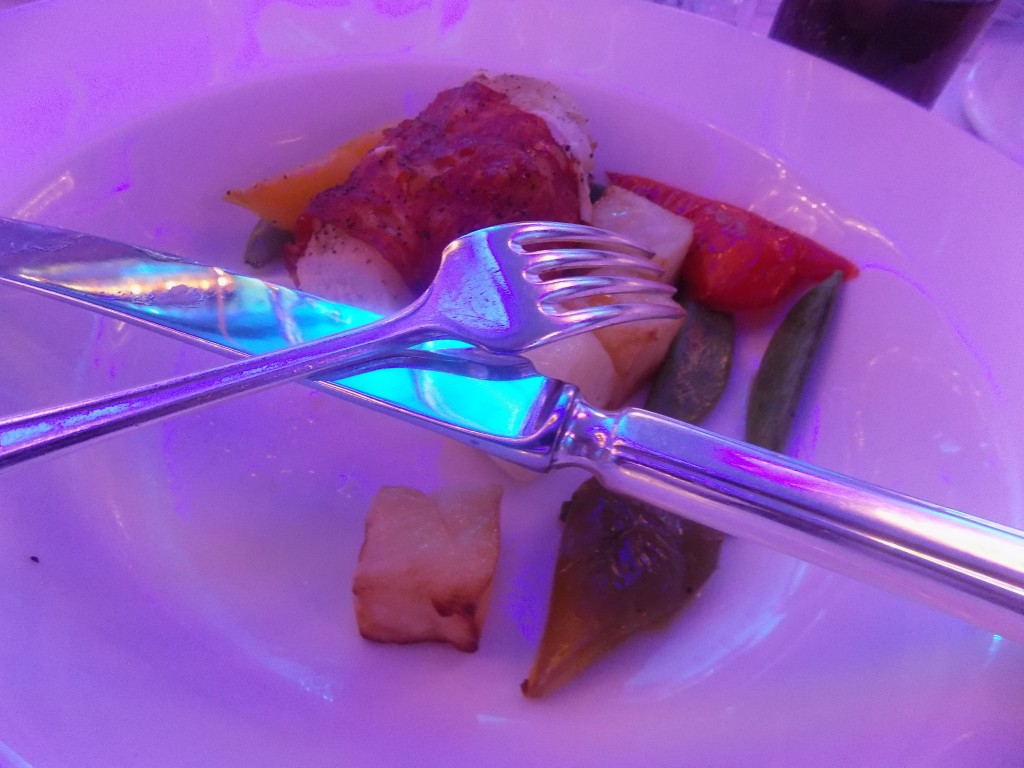 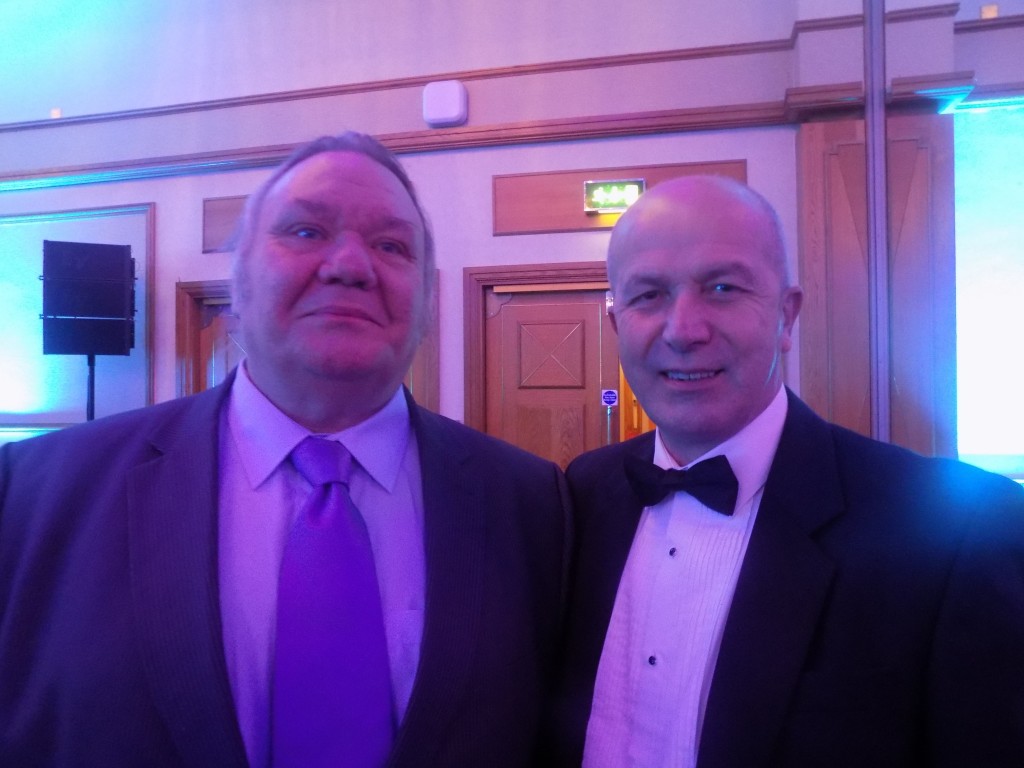 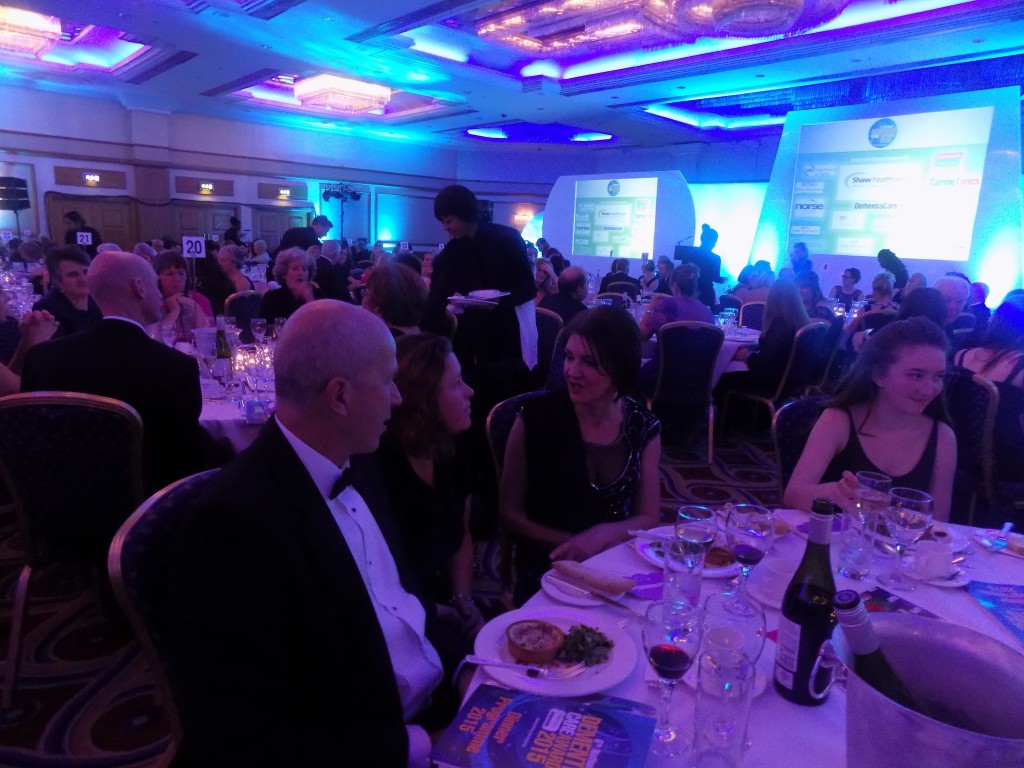 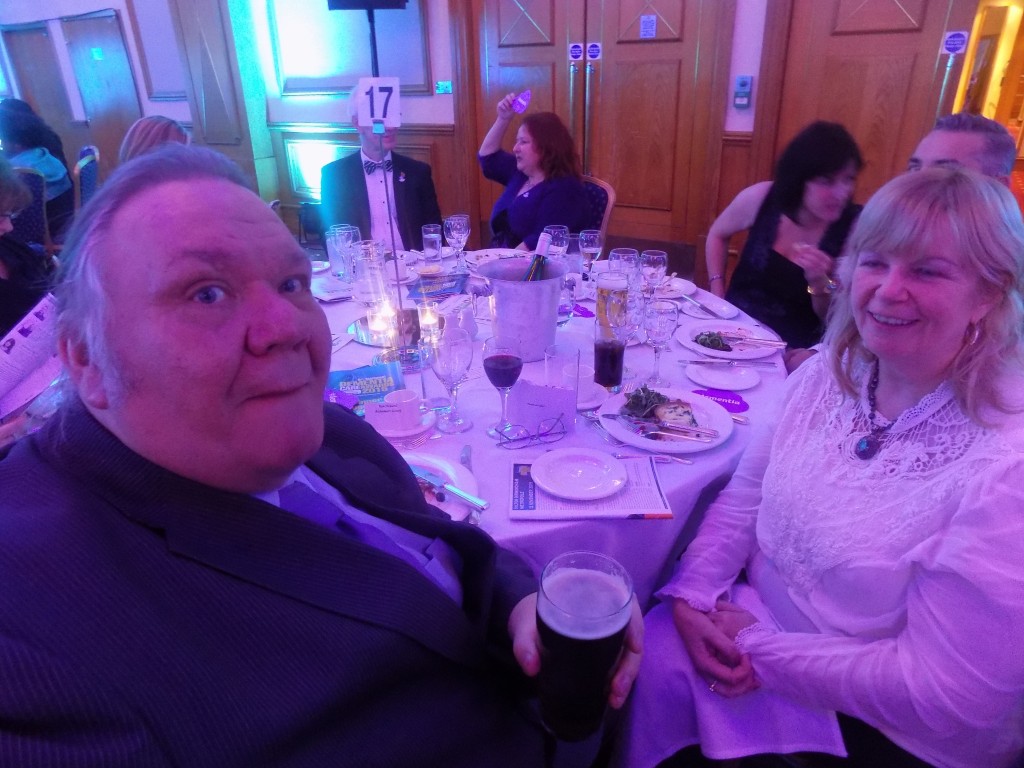 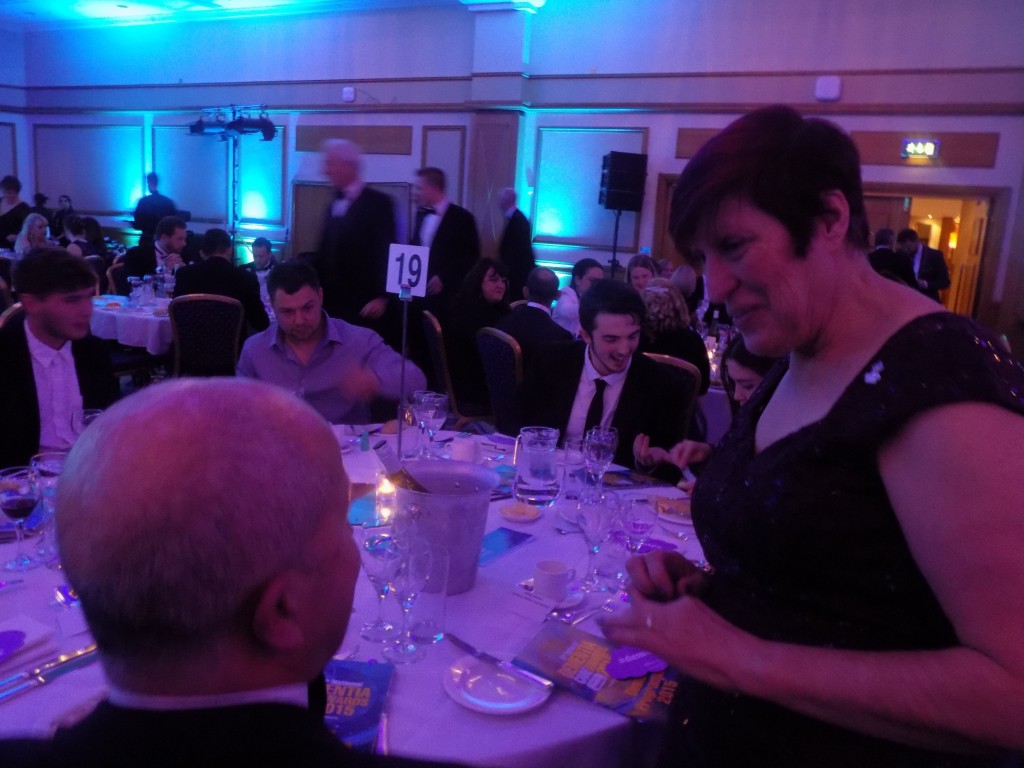 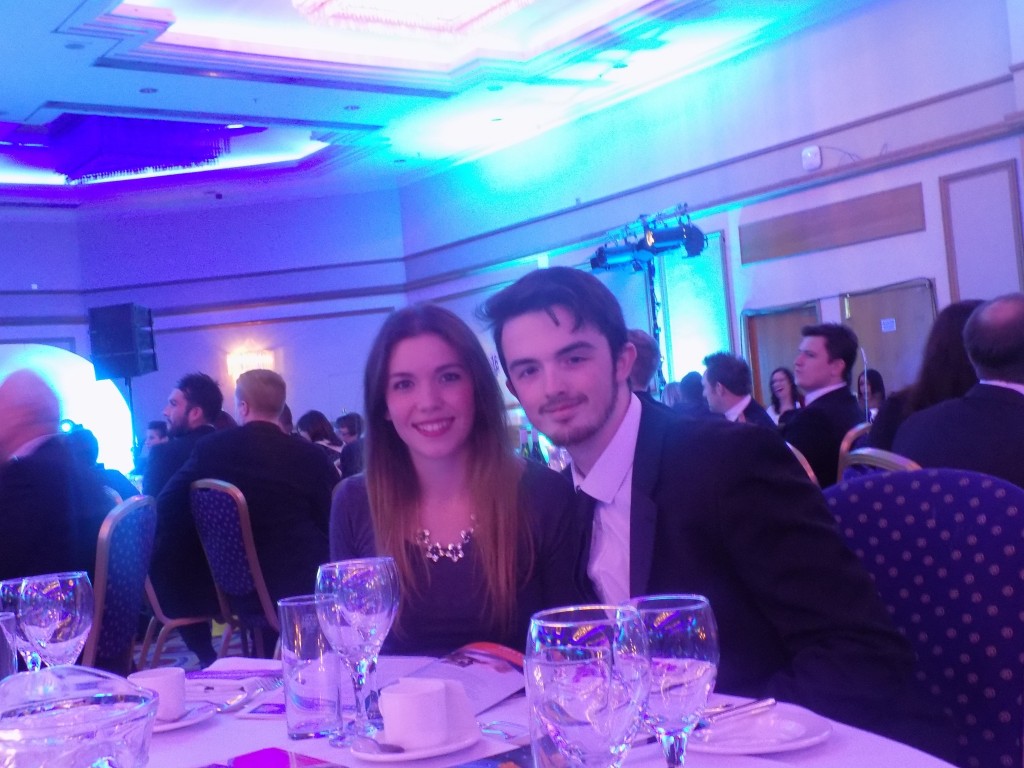 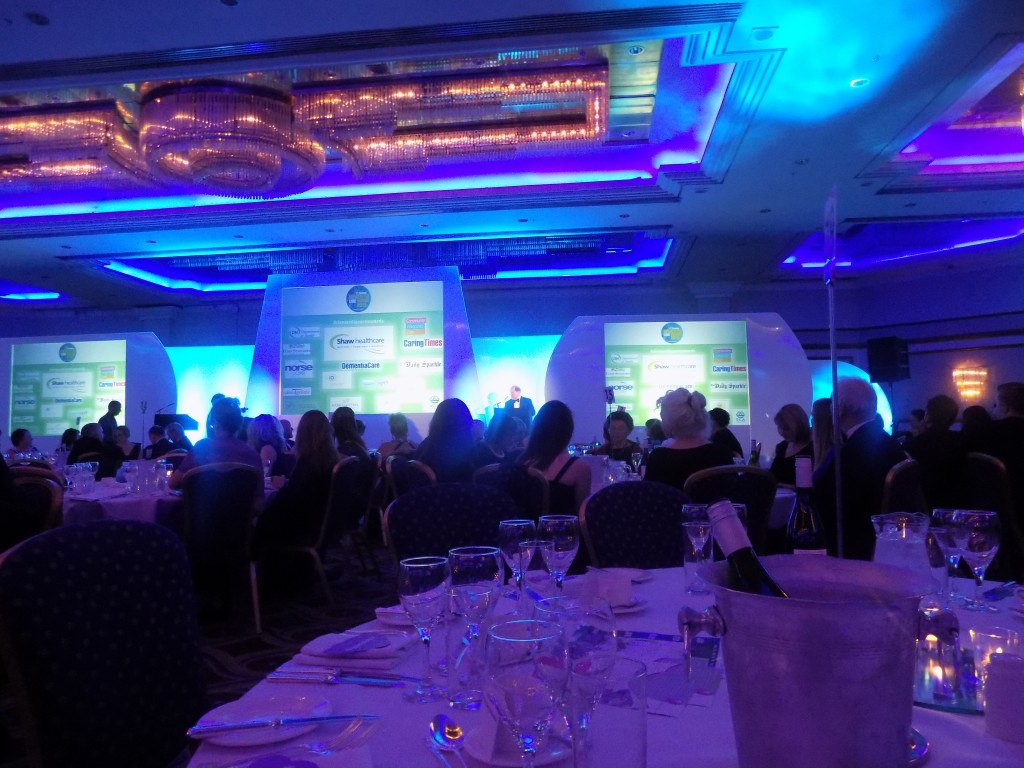