Everyone’s personal experience of care of dementia is different.

My description of living well with dementia borders on the super-sanitised, but at the time I wanted to neutralise some of the more fear-based campaigning using metaphors such as ‘battle’ and ‘flood’.

Here are three people pretending to enjoy my book. 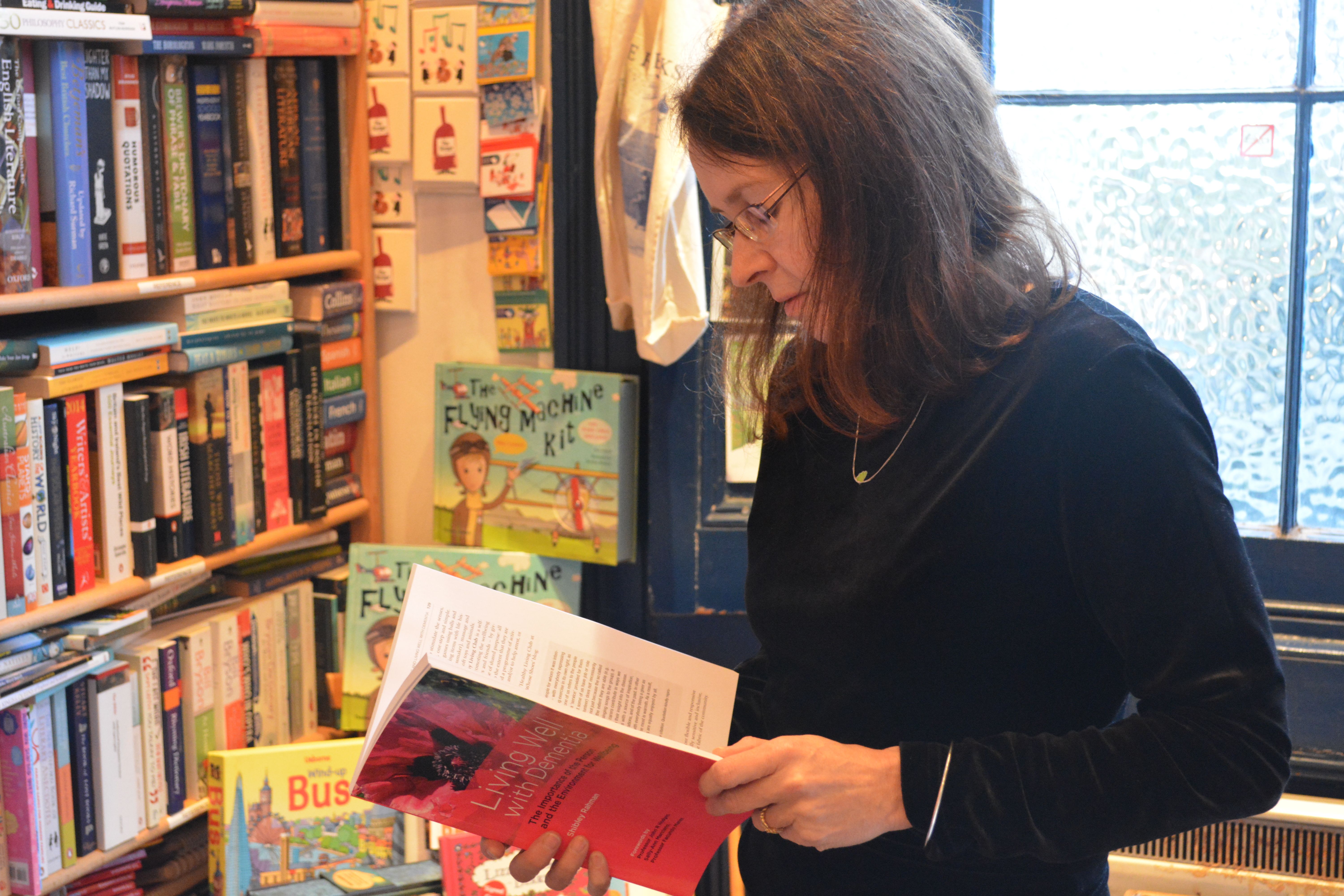 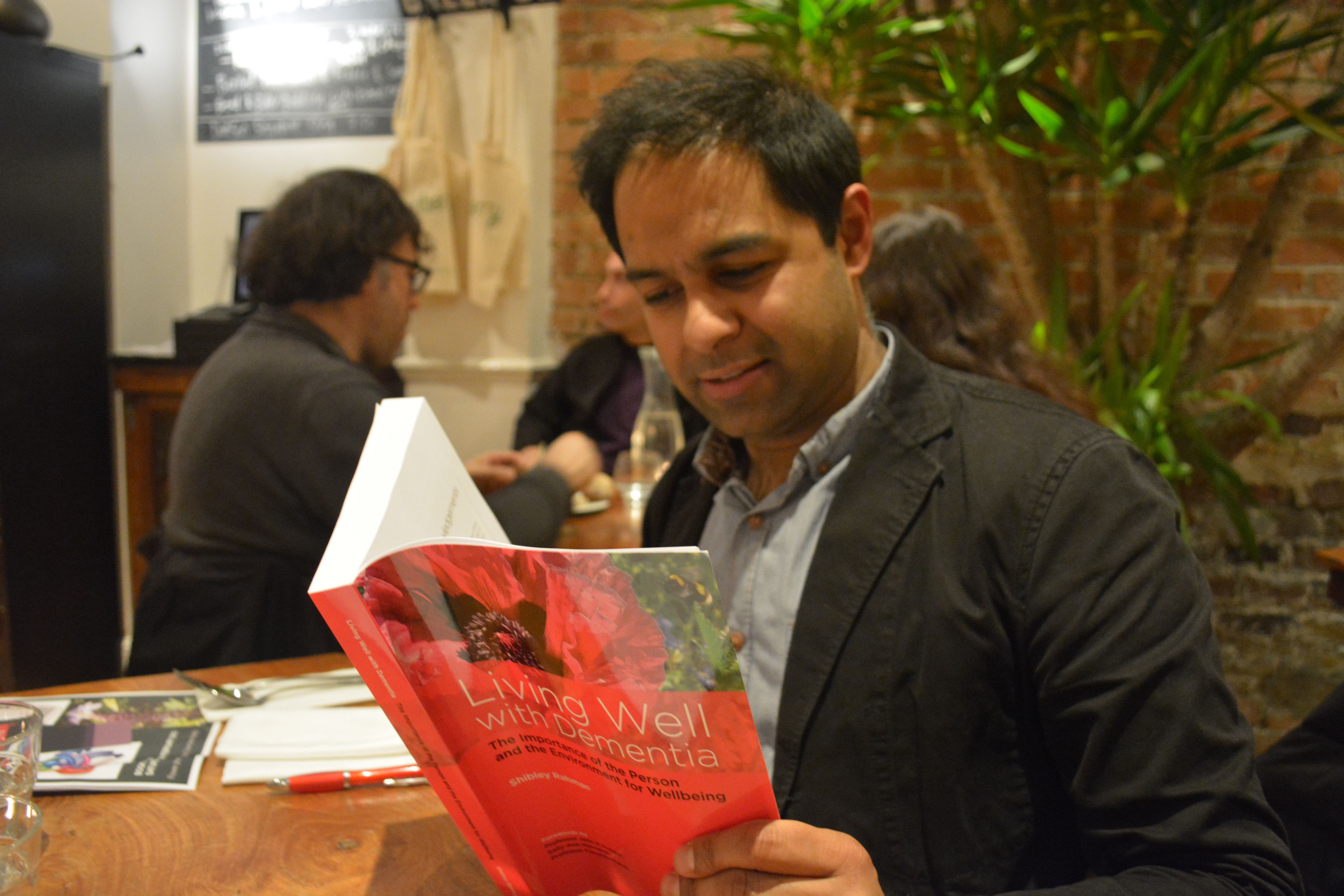 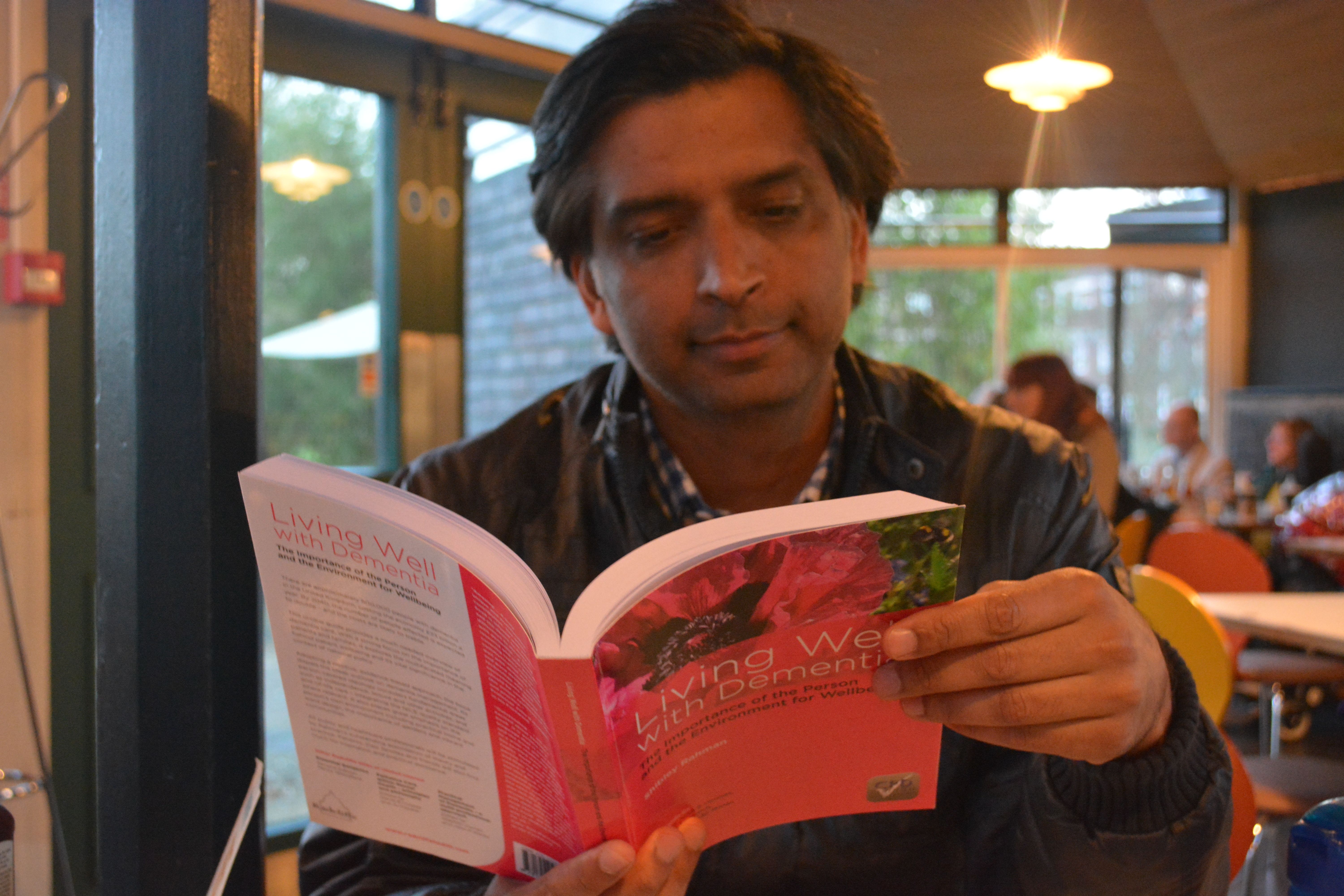 I was brought back down to earth with a thud at the Freud Museum in Hampstead this evening., in “Making Sense of Dementia”, film screenings and concurrent discussion.

The first film, “Ex Memoria”, by Josh Appignanesi, starred Sara Kestelman and Natalie Press. It was based on actual, real life experiences.

Developed with the Bradford Dementia Group, and funded by The Wellcome Trust, ‘Ex Memoria’ has already been distributed to hundreds of careworkers, residential home managers, charities and specialists in the field.

I find it useful as a talking-point of how the care system at worst can refuse to interact with a person with dementia, writing off everything as delusional, even if there is a coherent framework for a belief pattern deep down.

Based on real events, “Ex memoria” takes us into a day in the life of Eva, putting us face to face with one person’s experience of old age and dementia as she moves in and out of the momentary, the half-remembered and the partly imagined.

The spectacle of care staff in communicating in a less-than-meaningful way with persons with dementia in the care home in this film is intensely agonising.

The film was brilliant in demonstrating a culture of exclusion of people being ‘looked after’. 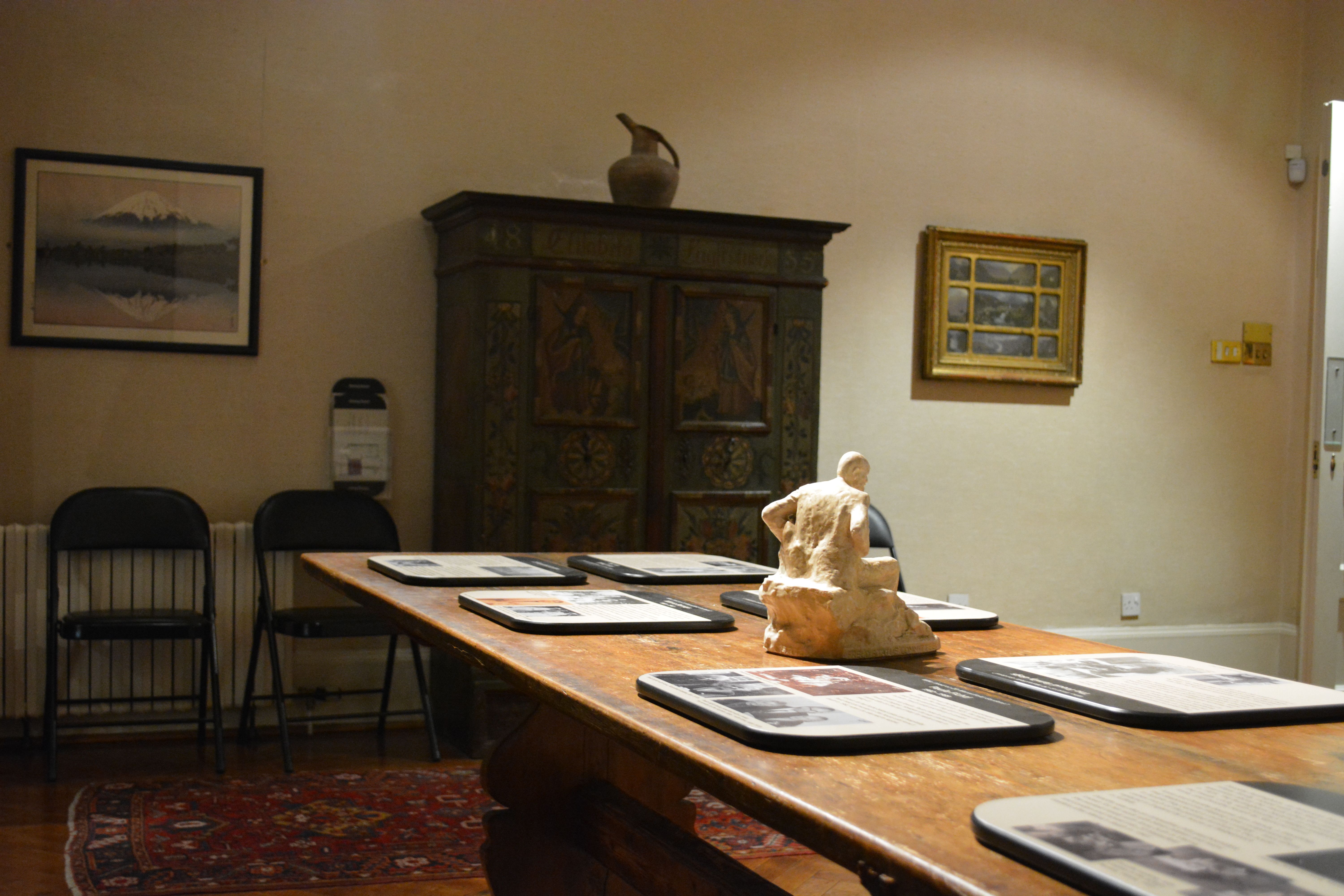 I found the second film “The Waiting Room” intensely depressing, but superbly presented, produced and directed by Jane Harris and Jimmy Edmonds.

First screened at the 8th Annual Conference on Dementia and End of Life (London, December 2013), Jane Harris’ film “The Waiting Room” is about the last four years of her father’s life, spent on a psychiatric ward in his home town of Ayr.

In fact the short film had me in tears.

It describes the filmmaker’s father as effectively left to live in an emotional colourless cubicle.

Her father was left to play at dismantling the bed and counting his clothes, as he was so bored.

For somebody who had won a John Logie Baird prize once upon a time, the audience felt the pain of his degrading treatment, a specific scenario of institutionalised care.

And yet the care staff ensured he was groomed, shaved and washed. But it seemed totally to disempower him of any expression of him as a person.

It illustrates the frustrating experiences of people living with dementia, and the continual confrontation with a system of treatment that can appear, at worst, to fail utterly to make sense of the person’s individual life or experience.

Jane remarked was the care staff ‘treated him like any other patient’.

Somebody further remarked that it was if he was being treated as dead, even before he had died. 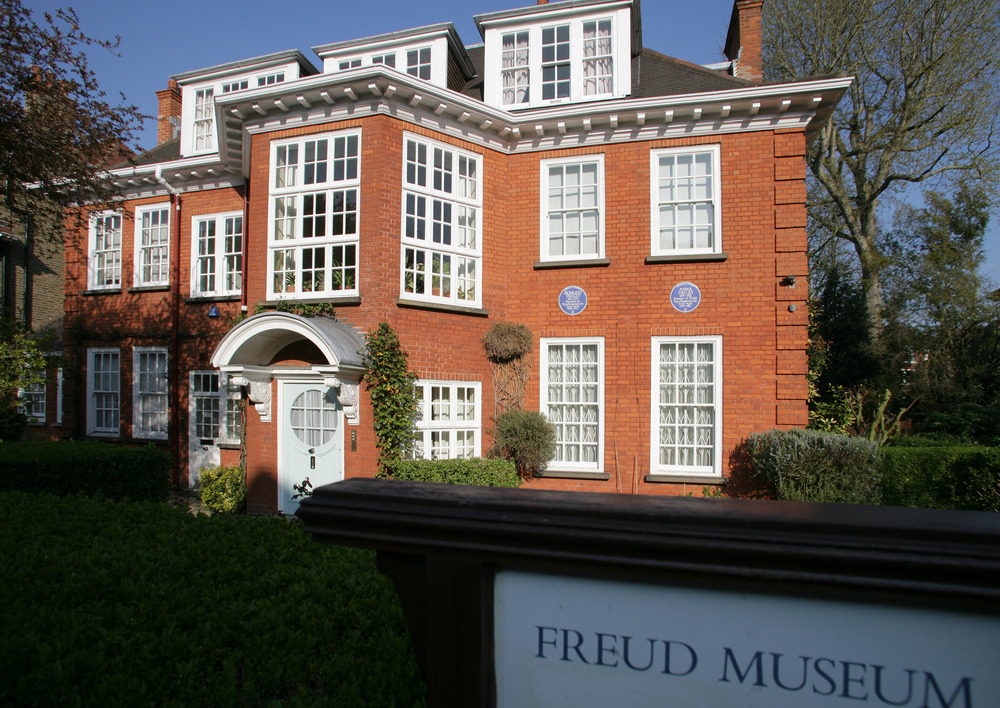 Finally, the short film “Keeping mum” by James Murray-White is a fascinating insight into the life changes experienced by his mother.

It does produce glimpses into activities which are indeed promoted in the current national policy on supporting wellbeing in dementia.

These activities might include pottery (James’ mum was a keen potter in her youth), and enjoying opening spaces and gardens.

The film shows too glimpses into his mother’s sense of humour, which was much appreciated by the audience.

To call this short film superb would be an understatement, I feel.