Today is the big day.

It’s our day at the King’s Fund, “Leading change in dementia diagnosis and support”.

The programme is here. If you feel that something is reported which is complete garbage, make sure you get a chance to give feedback using the hashtag #kfdementia.

I had dinner last night with Chris Roberts, Jayne Goodrick and Tommy Whitelaw in a pub in Euston. It’s well known I don’t drink alcohol any more, but I had a fantastic time!

We thought Tommy’s talk at King George’s Hospital Ilford started at 6.30 pm. We got there in good time at 5.59 pm.

In fact it started at 6 pm! 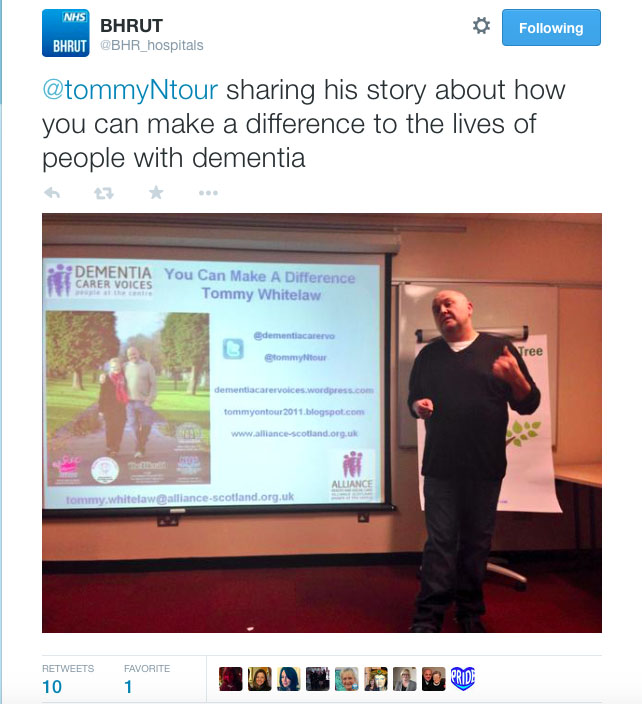 Chris gave the ‘warm up’ talk – which was a talk I hadn’t heard before. As ever, I was intensely proud of Chris, and what he contributes to the community. 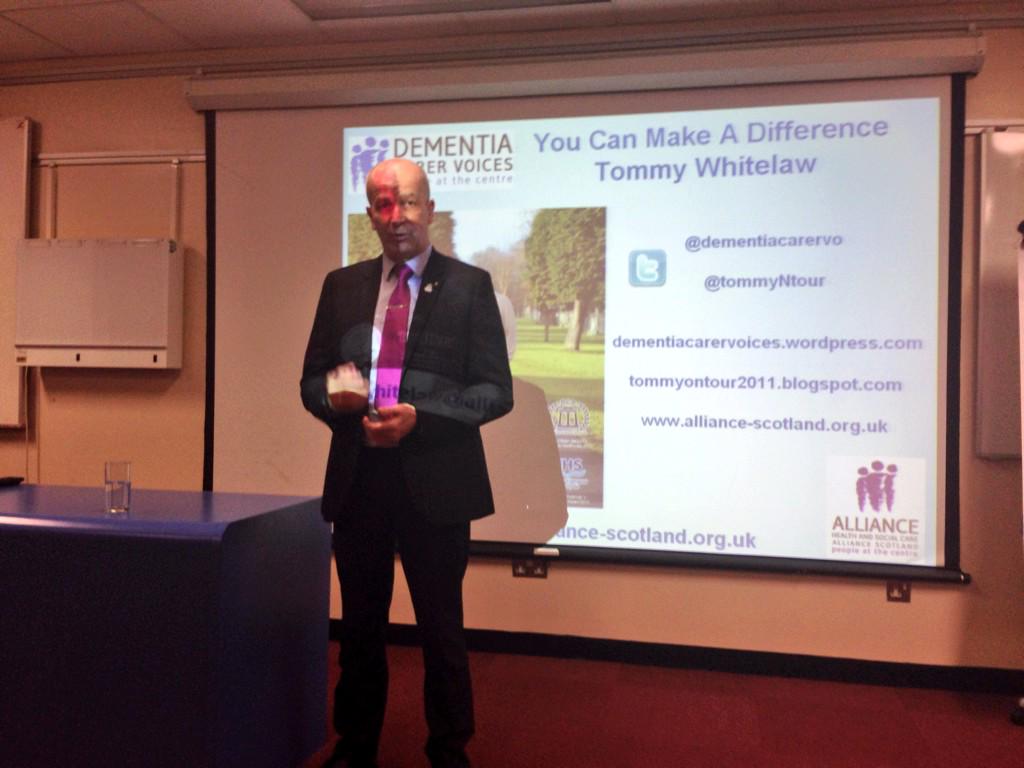 I have pledged to go through the thousands of letters with Tommy and bring them the key themes in a book. When people wrote their letters, they had no one to turn to. They would have been ‘processed’ by Government in the usual way.

This would not done justice to them. They’re not ‘complaint’ letters, but they contain information and experiences which are gold-dust. It’s likely that these wider messages will extrapolate to the care system across a number of jurisdictions. It’s likely an overall theme will emerge that people are not actually alone in their experiences, and just one small thing might have made a difference.

I told Tommy at the end of the evening that I had intended to make a polite comment at the end of his talk. But actually I actually wanted to comment on how outstanding it was. We all had joked about how it had ended up being mission impossible for me getting there taking a bus ride (I haven’t taken a bus for ten years), and climbing two flights of stairs. But, like L’Oreal, Tommy was “worth it”.

Like the NHS Change Day in England, it was absolutely great to see staff and other people involved in the NHS become truly feeling pride in what they want to see the NHS doing – which is of course great for me to see the NHS in a refreshing light.

Thanks especially to Dr Hilary Marmot, who is a person of significant sincerity, depth in knowledge and gravitas, in real life, with impeccable manners and kindness; Hilary had expressed to me in private how she had made a number of timetable “reconfigurations” to be there.

The talk has “mellowed me” out today. Instead of going to the King’s Fund in full wonk mode, expecting to spit policy bullets at people, I’ve decided to go there unscripted after all, listen and learn, and reflect on it all for my panel discussion this evening. I am looking forward to meeting many further friends and colleagues today, too many to name, but I will be especially looking out for Beth Britton, Tony Jameson Allen and Gary Rycroft.

And why not Chris and Jayne? Am seeing them in Oxford St before we begin!

A special thank you to Matthew Hopkins (@M_J_Hopkins) and his team for looking after us so well as his Trust yesterday. The pride in what you do really showed.