In a defiant manner, Norman McNamara says, “I am living with dementia, not dying from it.”

For Norman, life is about looking positively towards the future.

Norman says, “I often think ‘Don’t judge me by my past.’ Think about what I am expecting to do in the future.”

People with this form of dementia not only tend to experience problems with memory and learning, like those with dementia of Alzheimer type, but also likely to experience difficulty with concentration and complex visual perception (recognising objects and making judgments about where they are in space).

Norman says he hasn’t forgotten who people are, unlike some people with dementia.

Sometimes carers feel embarrassed to take the person they care for to relatives for Christmas, as they know it would not work and they may feel that the relatives would not want to come to them. But Norman advises include people with dementia depending on how they wish to be included.

Norman reports that 2014 will again be a great year for ‘the Purple Angel’.

The Purple Angel is the symbol of hope. It has been adopted around the world by people who care about dementia.

The aim of this campaign is to raise awareness, and to drive away stigma of dementia. 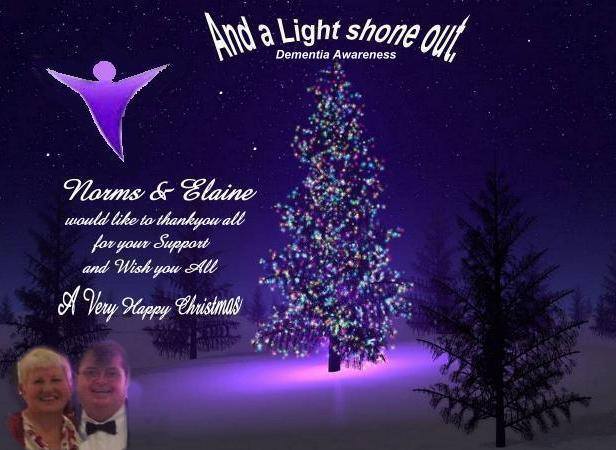