As I get ready to welcome some of the #dementiachallengers tomorrow, I had a chance to review some of their recent tweets. 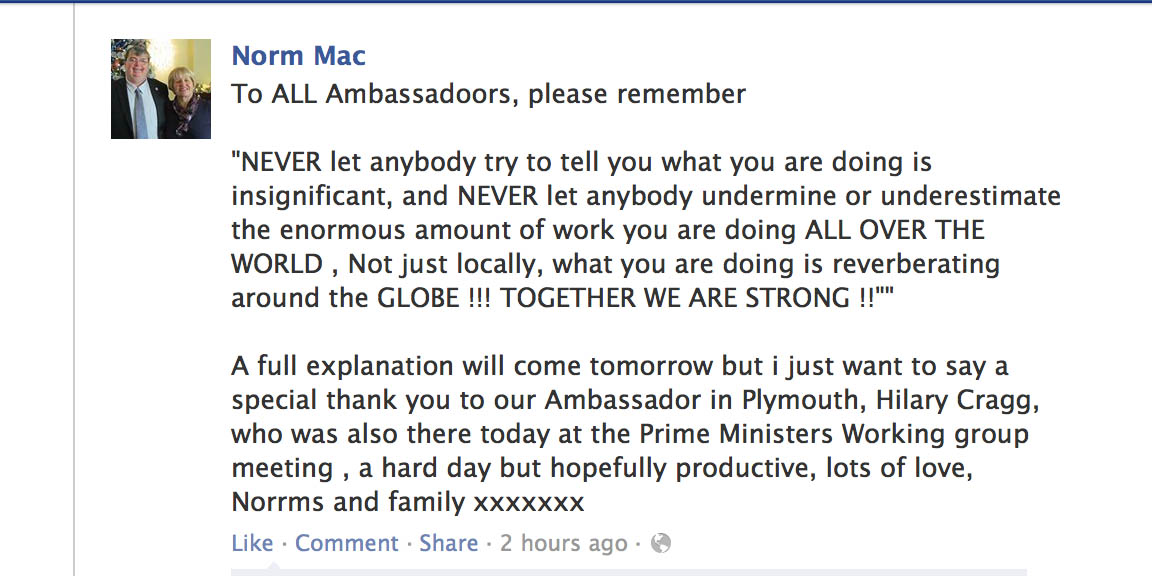 Your original artwork has arrived! Will be taking pride of place above my desk at home! Thank you! @maythethoughts pic.twitter.com/jFhAXoTN4U

What question do I ask #dementia carers 2 find out if they feel supported (oh, & what does ‘supported’ really mean?) Pls RT @edanaming — Louise Searle (@LouiseSearle2) February 13, 2014

My inspirational friend @KateSwaffer calls for people living with #dementia to be treated with dignity! 💜💙 http://t.co/QEieqCxcQ5 — Gill Phillips (@WhoseShoes) February 14, 2014

@legalaware Ah, thanks Shibley. Hoping weather doesn’t spoil things for tmrw. Really looking forward to meeting you and all yr other guests.

John Betjeman feared bureaucracy .. an “as if” caring world. A world based on checks and ticks.

Many good wishes to all on St Valentine’s day: may your hearts be filled with love always… pic.twitter.com/Ir43NYkIYp

I have just seen a copy of youngdementiauk magazine which has my first article in it .Im dead chuffed