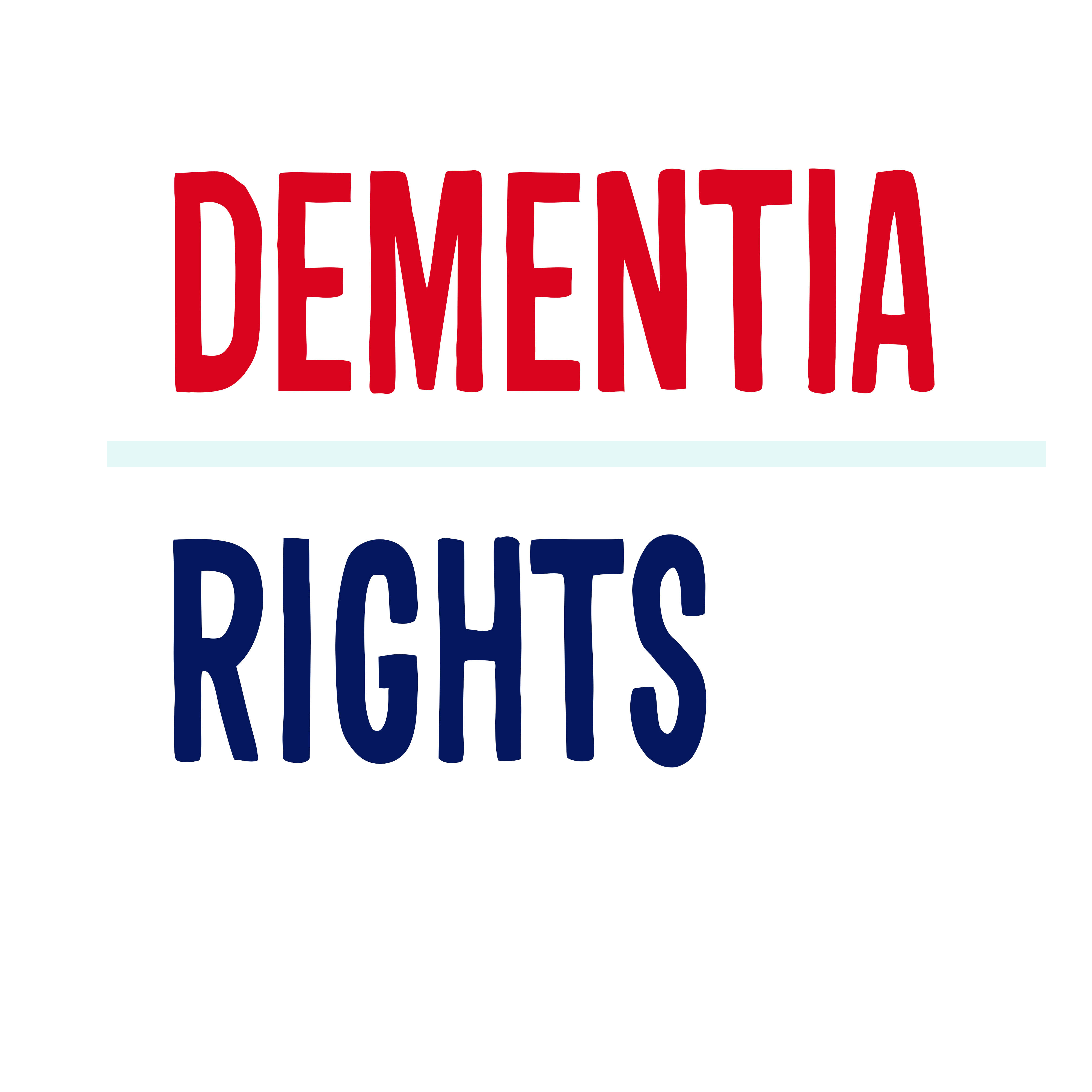 I intend to launch a campaign called ‘Dementia Rights’.

But I should like to say a few words.

I do not wish to give the impression that I am campaigning on behalf of people with dementia on this. This would be to overrule every instinct I have on this. I have always believed that people after a diagnosis of dementia need to be leading on campaigns themselves. What I have found a bit annoying is some people using people with dementia to further their own script. Like an authentic newsreader.

For this reason, I have decided to time the launch of this at an appropriate time in relation to the Dementia Alliance International (DAI). I think the primacy of their work is paramount. With Dementia Awareness Week in the UK coming up, I’d like to ensure that the spotlight is shining on the right targets. I will be supporting ‘Dementia Friends’ as a Dementia Friends champion as usual.

I part company from the ‘Dementia Friends’ initiative a bit in that I feel the campaign caters well people for people who do not have dementia, and unwittingly produces a ‘them against us’ situation. I find the word ‘friends’ a bit patronising, but I know no malice is intended. It reminds me of ‘Does he take sugar?’ – that’s all.

This morning I was asked to discuss about the use of the hashtag ‘#DementiaRights’ not from anyone I work with usually. The criticism is that human rights are universal and therefore should not be constrained for people with dementia. This is of course correct, and it is an argument I have made myself indeed. But on the other hand I do think for too long, as a person outside of the community of people living with dementia, that the rights of people with dementia have been somewhat ignored – take for example the primacy of the ‘dementia friendly’ (rather than ‘dementia inclusive’) approaches, or the inability to segregate carers’ rights from the rights of people living with dementia. I should like to emphasise that carers’ rights are extremely important too for distinct reasons.

I will not be flogging ‘Dementia rights’ to any commissioners. I will make the materials freely available for anyone to use. Money will not be involved in any way. I am very irritated as you know with dementia being exploited for commercial gain.

The material of ‘Dementia Rights’ will not be confined to any particular geographical jurisdiction.

The format of ‘Dementia Rights’ will be, like Dementia Friends, a public awareness session given by anyone. It will have five key themes, and will be built around various activities and an original analogy of mine to explain human rights.

The aim of this initiative is to bomb policy with rights-based advocacy, and to get people talking about dementia rights. I don’t have the infrastructure of Big Charity, or the resources, but never deny the good which can be done from small acorns, to corrupt a Margaret Mead quotation often used by DAI themselves.