There are many different types of dementia. I happen to believe it’s possible to live well with dementia.

That’s why I wished to travel to Robertsbridge from London Charing Cross to see Charmaine and family, and to give her a copy of my book which I had promised her. 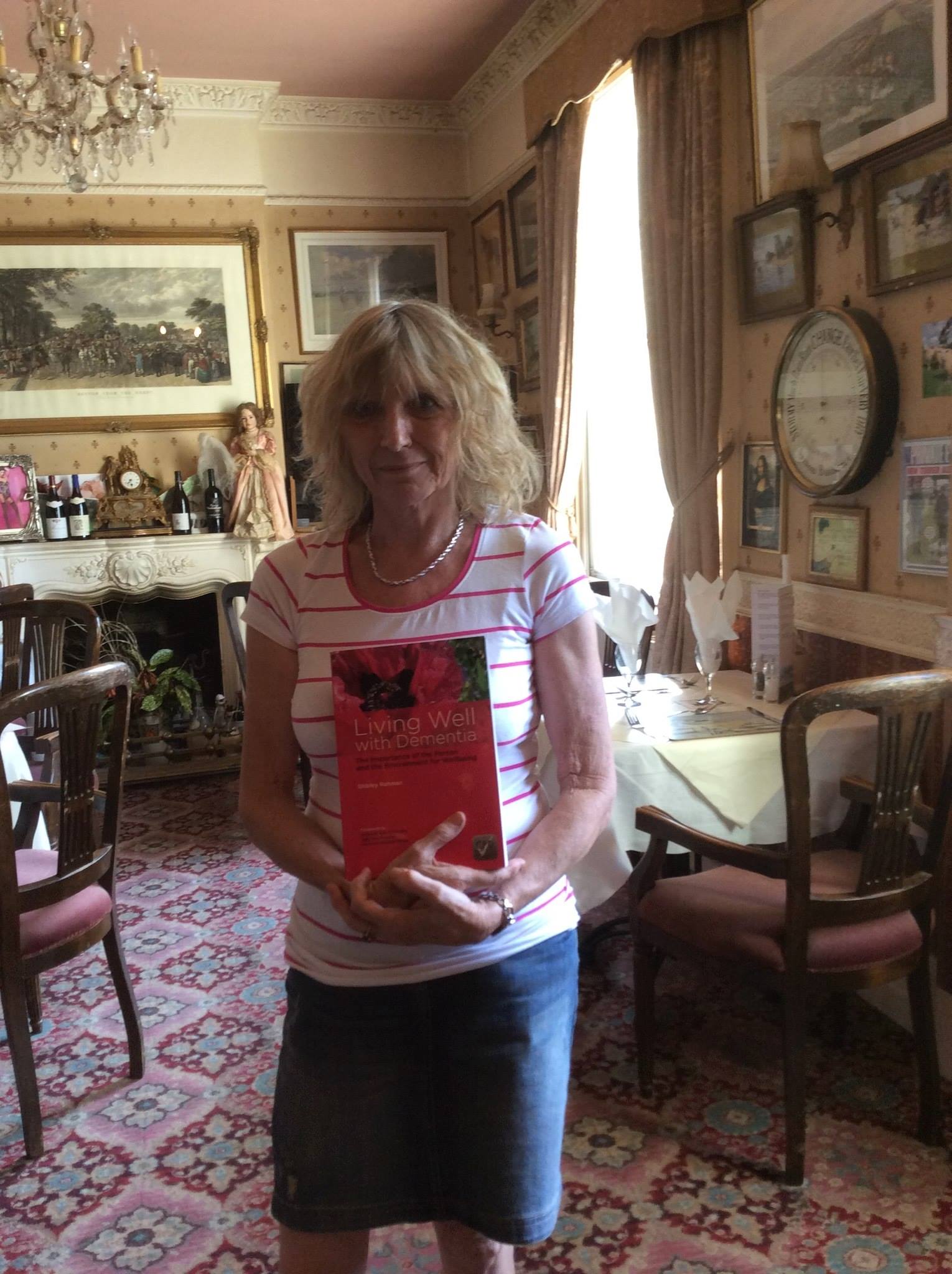 “Living well with dementia” is also the name of the current (five year) dementia strategic framework for England, which is about to be renewed.

The ‘behavioural variant’ of frontotemporal dementia is normally a dementia which occurs in younger people (below the age of 65), with quite a subtle progressive change in behaviour and personality noticed by others.

Early on, in this condition, problems in short term memory and new learning are not in fact common, leading many persons with this dementia to score very highly on the MMSE screening test.

Primary progressive aphasia (PPA), one of these subtypes, is a language disorder that involves changes in the ability to speak, read, write and understand what others are saying. It is usually acknowledged to be properly described by Mesulam.

Problems with memory, reasoning, and judgment are not thought to be usually apparent at first, but can develop over time.

It is associated with a disease process that causes atrophy in the frontal and temporal areas of the brain, and is distinct from aphasia resulting from a stroke.

In 2011, criteria were adopted for the classification of PPA into three clinical subtypes: nonfluent/agrammatic variant PPA, semantic variant PPA and logopenic variant/phonological PPA.

Therefore the frontotemporal dementias are not usually, early on, characterised by problems in memory for events and facts. 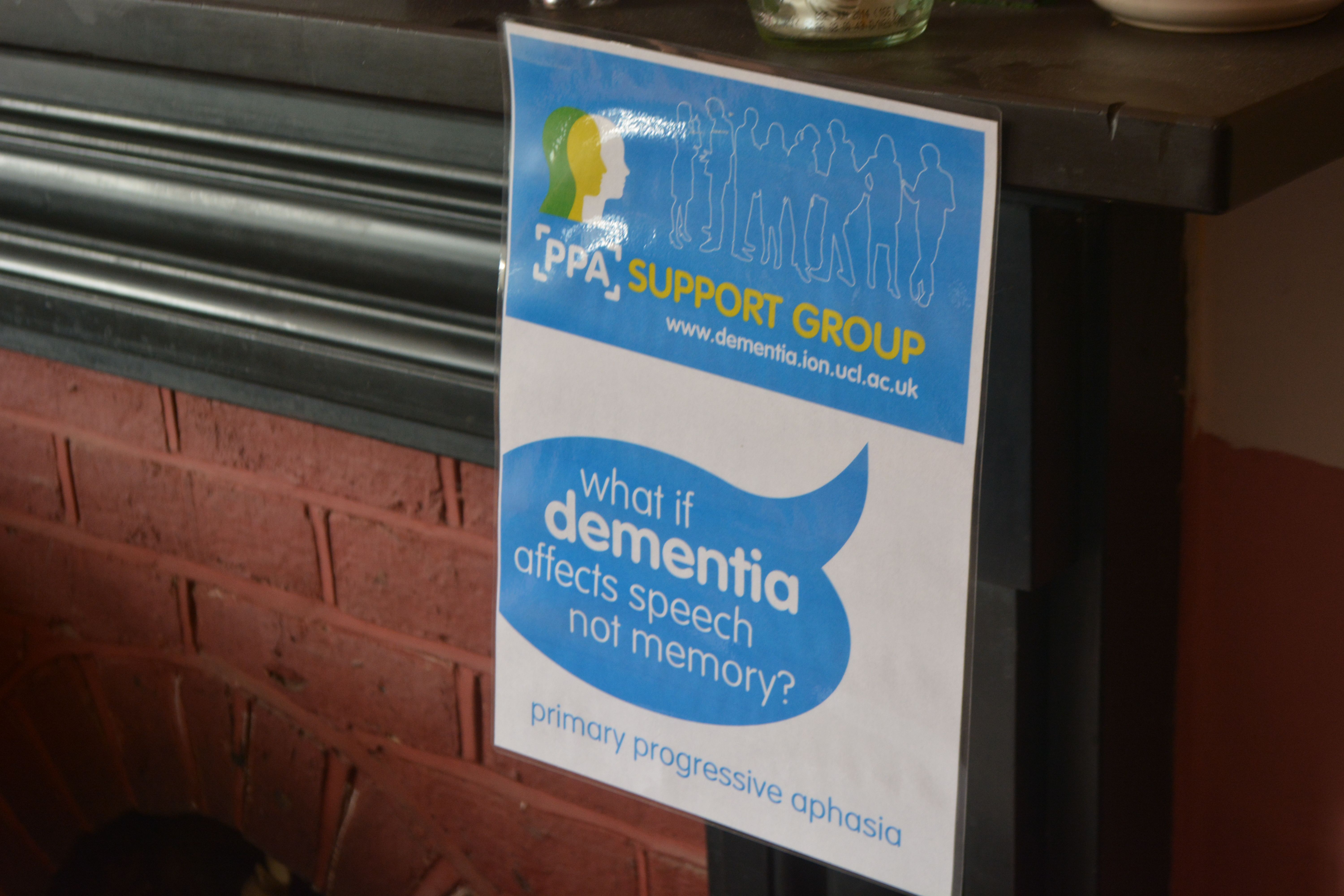 PPA can, as it progresses, be accompanied with anxious behaviours manifest as obsessive-compulsions.

The ‘Dementia Research Centre’ (part of University College London, to which the National Hospital for Neurology and Neurosurgery and Institute of Neurology are associated or attached) hosts a number of superb support groups.

The PPA Support Group holds a number of support groups at regular time intervals. Their newsletter from August 2014 is here.

The convener is  Jill Walton, at jill.walton@ftdsg.org.

My close #Twitter pal Charmaine, @charbhardy (Charmaine Hardy), invited me down to Robertsbridge, East Sussex, for Wednesday September 17 2014 from 12 noon to 2pm. 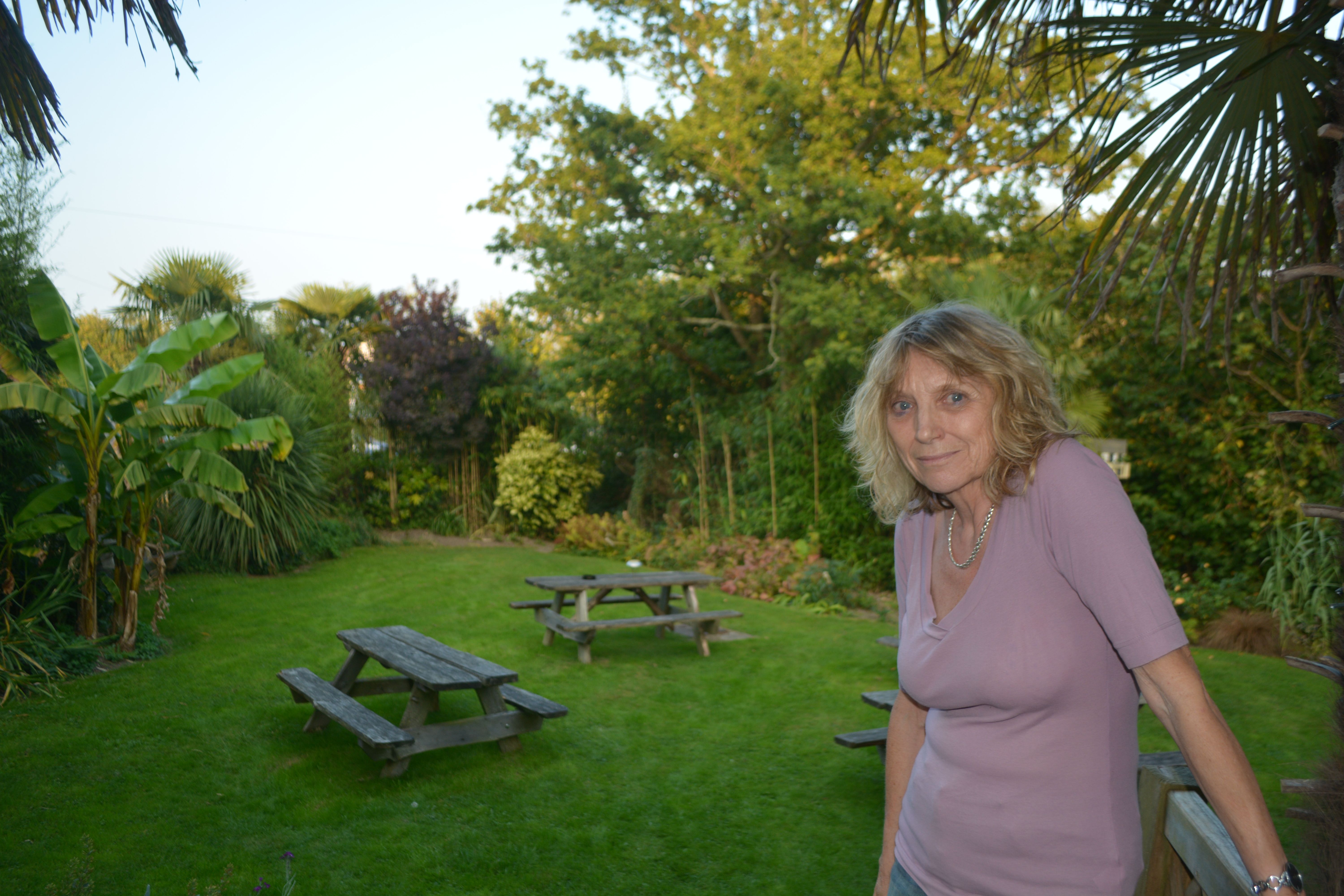 Charmaine describes herself as “I’m a carer to a husband with PPA dementia.”

Of course, Charmaine, her husband and me were in attendance as part of this impressive group of twelve delegates.

Charmaine also claims “Love my garden I post too many pics.” I disagree though on the latter half – Charmaine never posts too many pics of her garden. Here is a photograph I took of a very beautiful flower of hers. 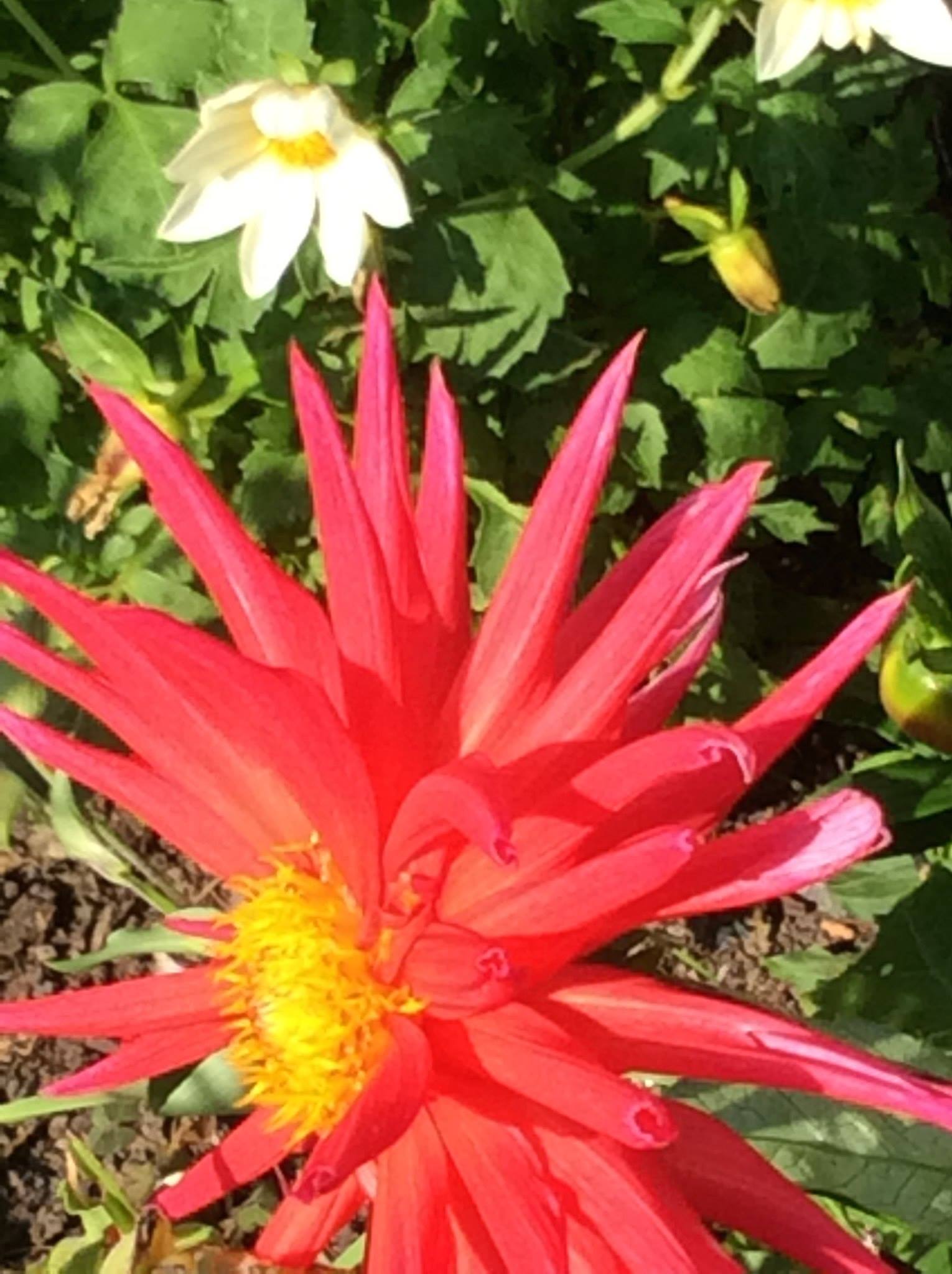 This is in fact the pergola Charmaine’s husband built with Paul. 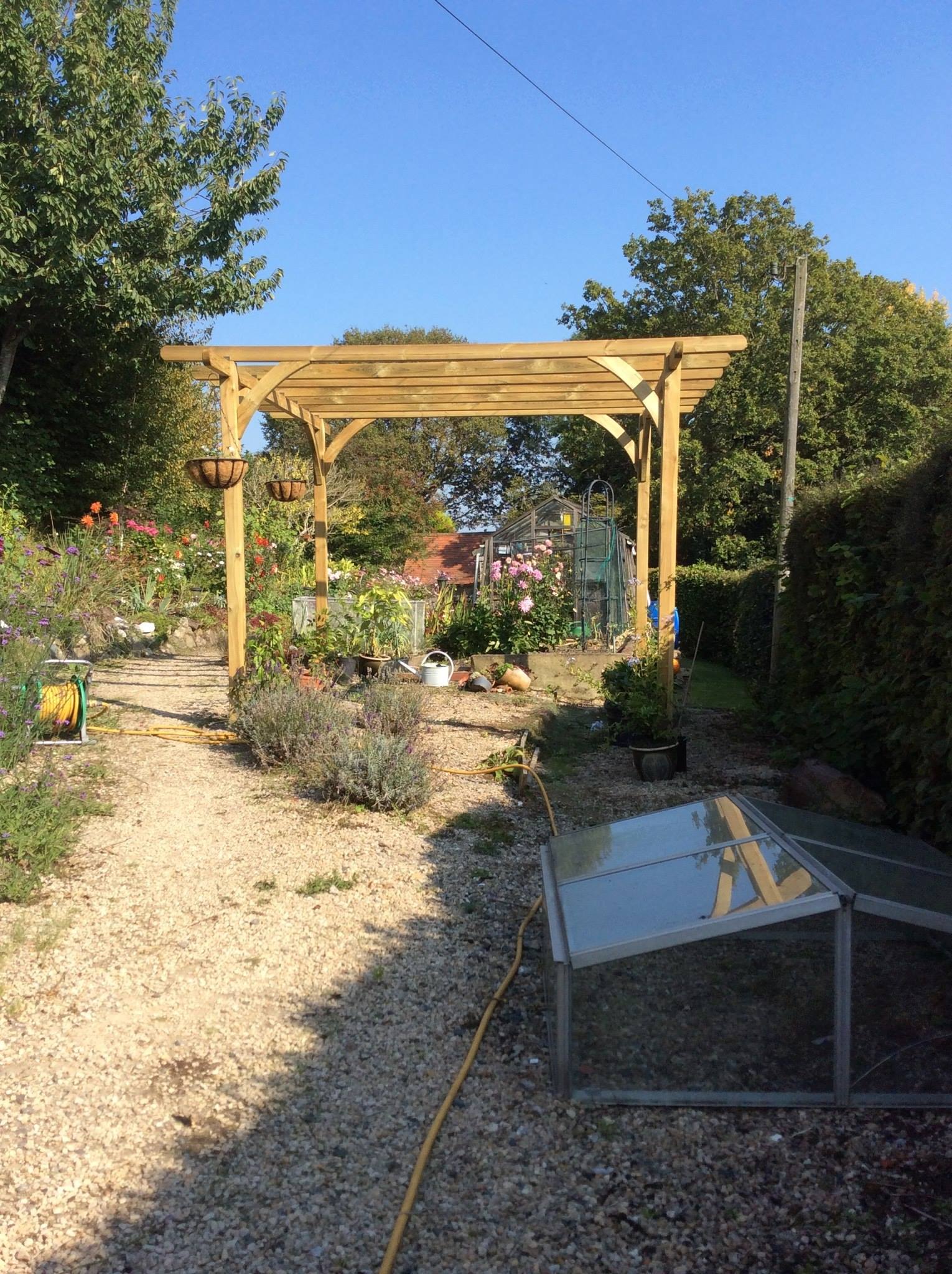 The meeting was held in one of the venue rooms at The Ostrich Hotel (“The Ostrich”), Station Road, Robertsbridge, East Sussex, T 32 5DJ.

The Ostrich is an outstanding B&B housed in a gorgeous Victorian location, with a spectacular tropical garden. 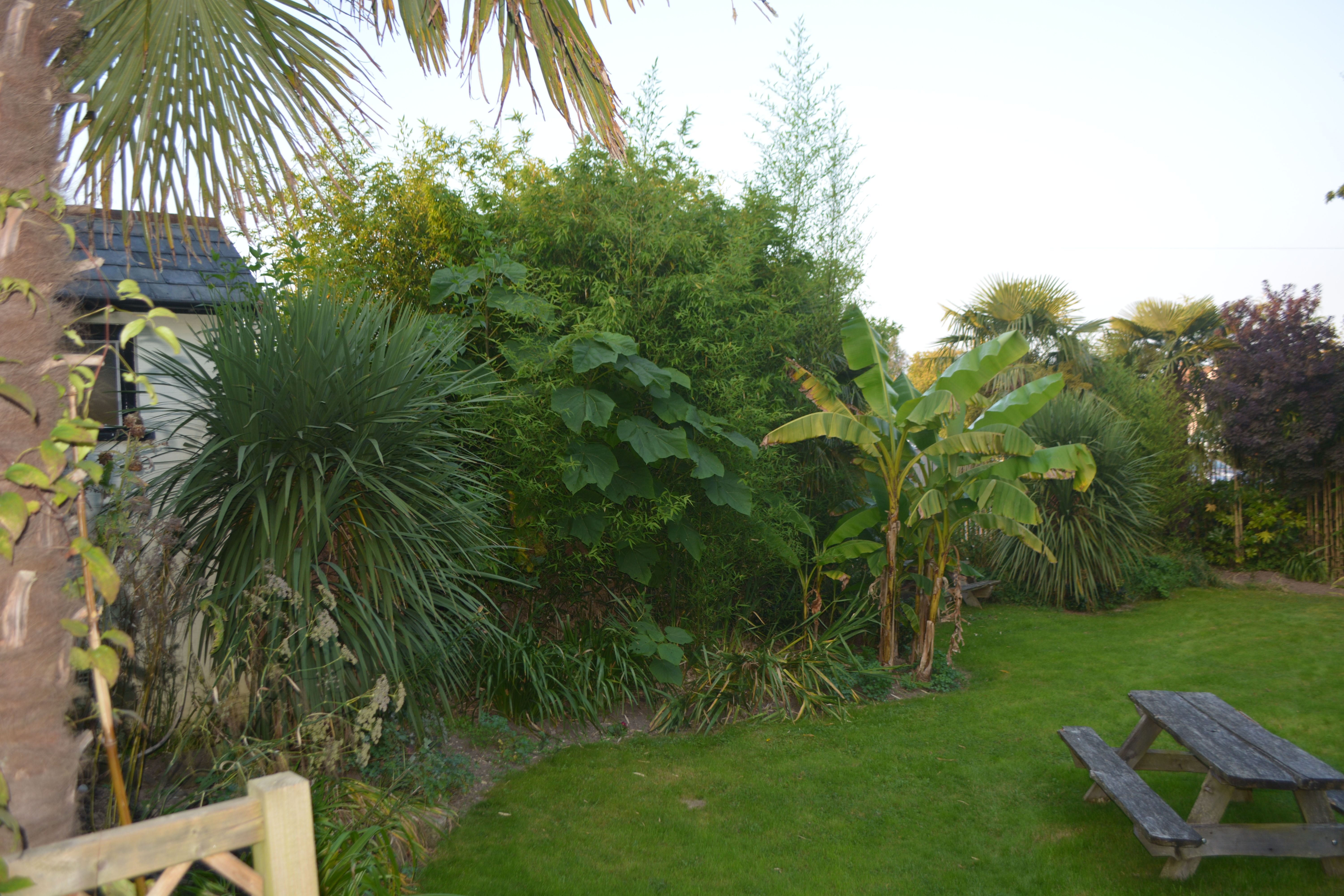 I had the pleasure of sampling a delicious supper with Charmaine and her husband. 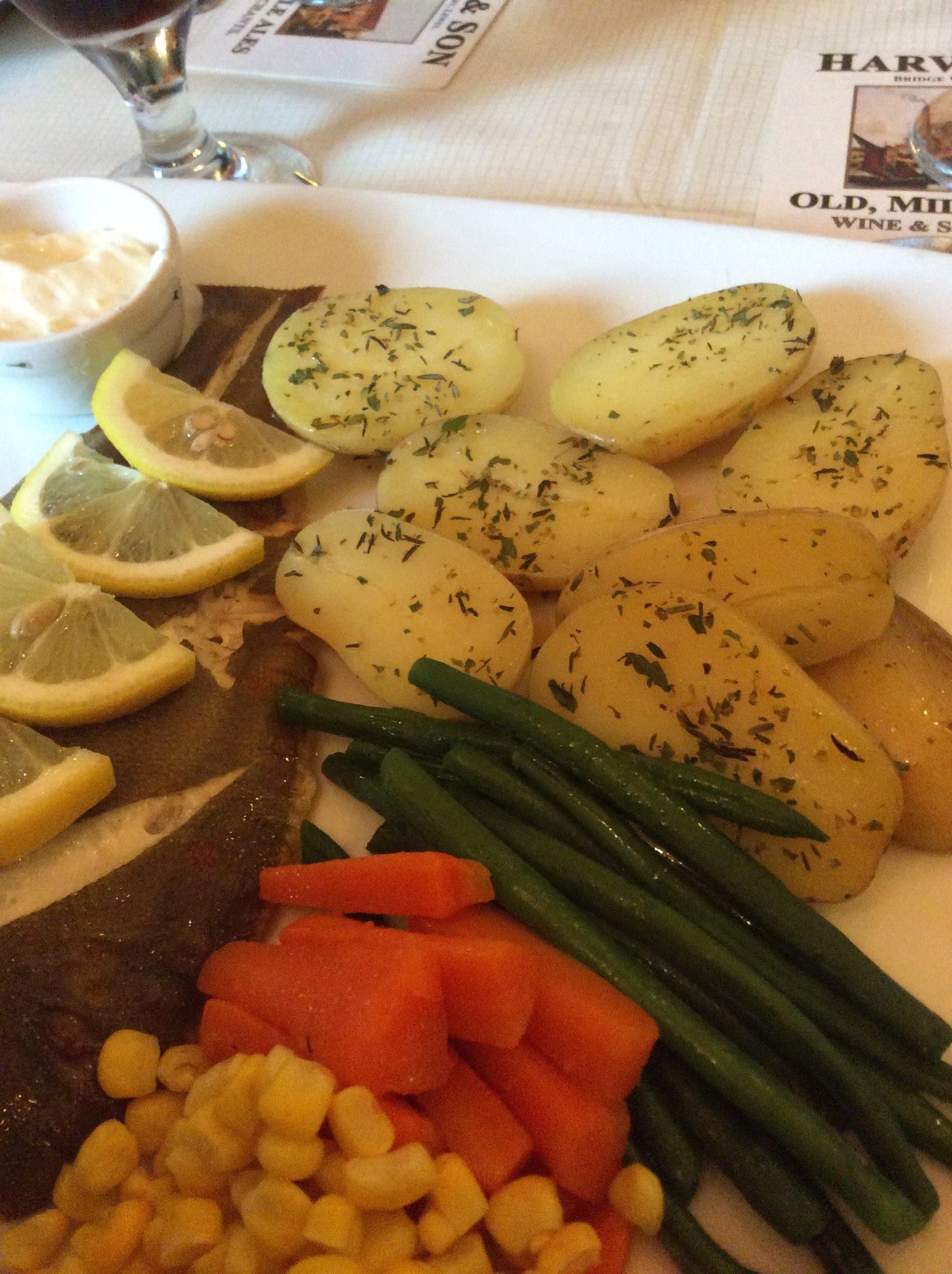 Our couple of hours yesterday was an informal meeting for people affected by a diagnosis of PPA, their family and friends. We all thought the meeting was fantastic.

Jill showed a video for teaching purposes of what the language presentations of dementia, including PPA, are broadly like.

We all participated in an activity where we had to express the meaning of a sentence without using any of the words, e.g. “Part of my leg is hot and painful.” It was difficult!

The meeting was very enjoyable, but we were able to discuss many issues.

We discussed how the diagnosis of dementia could mean a contraction of your friends’ network, leading to loneliness.

We also discussed how greater education of what the dementias are would help to overcome stigma and discrimination against people living with dementia.

Overall, the feeling of the group was each person living with dementia must be treated with dignity as an unique individual with a significant past and present.

We also felt that the ‘one glove fits all’ approach of housing and accommodation doesn’t work, and forcing people with dementia into accommodation solutions they’re not happy with is bound to cause distress.

This can be a particular problem with younger patients with dementia, who wish to lead independent lives as long as possible, not wishing to be forced into an old people’s home.

If a younger person who receives a diagnosis of dementia it can be challenging to deal with your employer; the construct of ‘dementia friendly communities’, which is said to promote inclusivity, cannot adequately protect against unlawful discrimination if people are not aware of their legal rights and have inadequate access to justice.

This cut-off is completely arbitrary, however (as arbitrary as the “retirement age”).

In theory, the ‘younger onset dementia’ label is inaccurate, in that a dementia might start long before the symptomatic presentation of people with dementia. At one extreme, some people with the very rare genetic presentations of dementia are born with their dementias (or indeed have the genetic make-up in utero.)

It is therefore clear that we need a much greater sophistication in responding to the needs, beliefs, concerns and expectations of people with younger onset dementia.

The unique identity of people with younger onset dementia means that they have distinct research and service provision needs.

This is particularly true as some of the younger onset dementia can be accompanied by obvious movement and psychiatric symptoms, such as forms of prion disease (GSS and CJD) or Huntington’s disease.

A longstanding problem with the organisation of services is that mental illness problems have traditionally played ‘second fiddle’ to medical problems.

This is exacerbated by the drastic cuts in social care which have relentlessly continued in the last few years.

It is hoped that some of these problems in ‘parity of esteem’ might be mitigated against through ‘whole person care’, the expected policy from May 8th 2015 to integrate health and social care properly for the first time.

I had a very nice conversation with Fiona Chaâbane from the University Hospital Southampton NHS Foundation Trust.

Fiona’s rôle there is as a clinical nurse specialist in dementia, and as a clinical coordinator for Huntington’s disease and younger onset dementia.

I am hopeful that the ‘care coordinator’ rôle will be properly fleshed out in the next government, which will see a more substantial rôle for specialist and general nurses within networks comprising ‘dementia friendly communities’.

I feel that, in many of these conditions, cognitive or psychiatric features can be prominent early on.

My concern about the misdiagnosis of these dementias which do not have a strong component of a failure of memory is a very substantial one.

A misdiagnosis (e.g. of a dementia -> non-dementia such as anxiety or depression) can not only mean that person not obtaining the proper medical treatment, but can also mean that that person goes down a clinical pathway for which he or she is not appropriate. This can also impact on that person’s life and job in an utterly destructive way, particularly more so if before retirement age.

Thanks to Jill, Charmaine, her husband and the PPA support group for educating me properly about the dementias. It was particularly helpful to me too in confirming my concerns about research and service provision for the younger onset dementias in England, unfortunately. But at least we can now all begin to address them.