We were joined by top marketing consultants this morning to advise on our crowdsourcing campaign.

The draft details of my crowdsourcing campaign, to raise awareness of decisions, the importance of decisions in dementia, and how decisions can possibly be influenced, are here on my Kickstarter page.

This campaign is not live yet.

Most marketing strategists will agree that creating customer value is fundamental to both profit-seeking companies and nonprofit organizations.

Indeed, creating superior customer value is a necessary condition for a company securing a niche in a competitive environment, not to mention a leadership position in the market.

A price signal is information conveyed, to consumers and producers, via the price charged for a product or service, thus providing a signal to increase supply and/or decrease demand for the priced item.

A large focus of our discussions was ‘market segmentation’.

Market segmentation is a marketing strategy that involves dividing a broad target market into subsets of “targets” who have common needs and priorities, and then designing and implementing strategies to target them.

Market segmentation strategies may be used to identify the target “backers”, and provide supporting data for positioning to achieve a marketing plan objective.

As a result, I might develop product differentiation strategy, so that the website I am designing fulfils diverse needs, such as for people with early dementia, journalists or NHS commissioners.

One of the leading consultants advised that for my particular project, and this is a difficulty any product-oriented kickstarting campaign, that “content is King”.

He advised me that a big problem with my pitch is that the figures asked for seemed very ‘budget’. I think, in fairness, he was concerned about my project looking too “bargain basement”.

Too cheap or too expensive can both be off-putting.

We’ve been advised to maximise use of all marketing channels, and to synchronise properly rewards to the different market segments.

This all seems very sensible.

But it’s all the same very exciting.

I hope to get hold of the makers of this short animation, based in Serbia, I think so that they can make a short animation on the importance of decisions for people living with dementia (for a stated revised budgetary cost of my output of crowdfunding campaign.)

This is by the way how I intend to maximise use of marketing channels (some details redacted.) 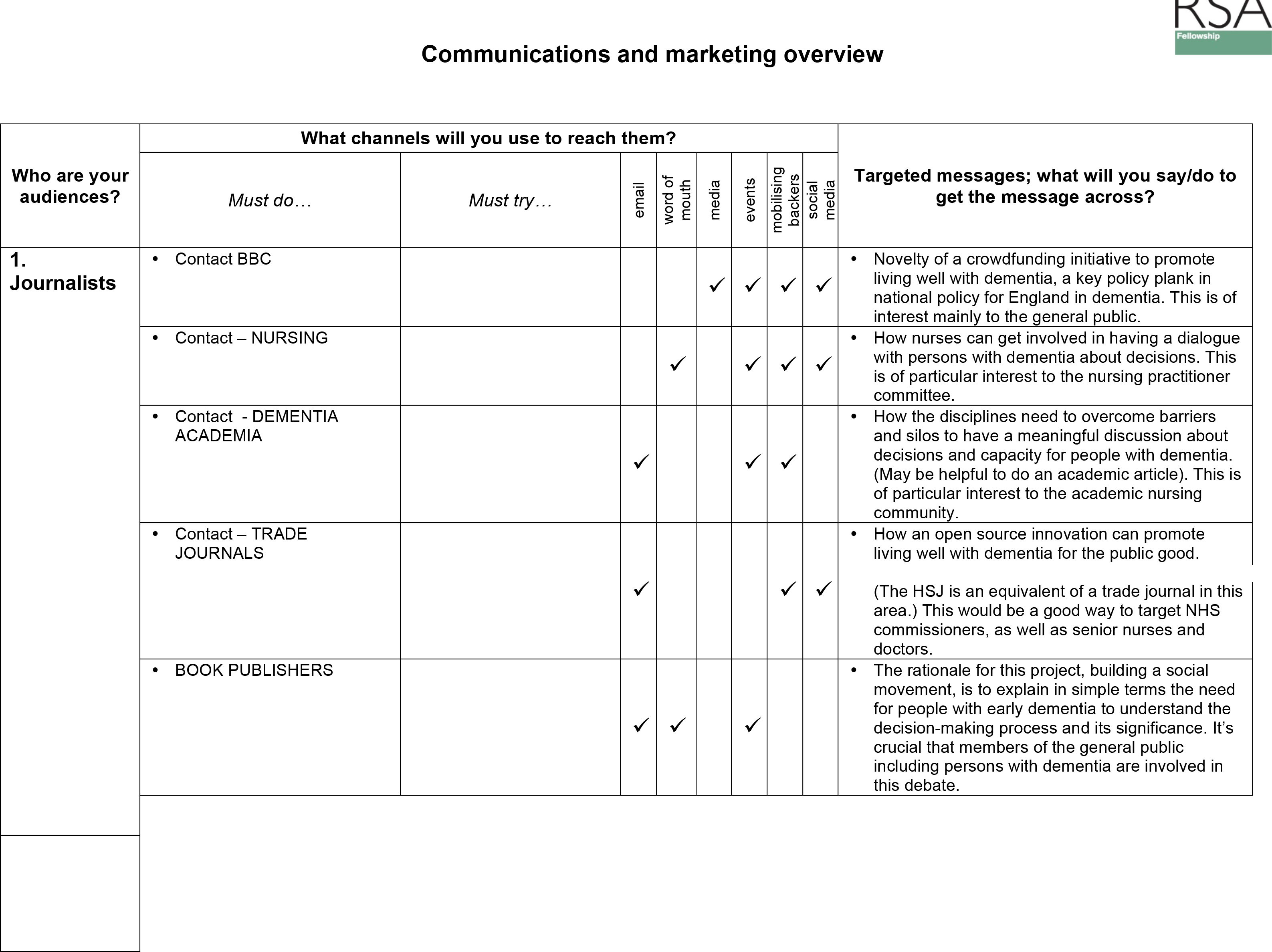 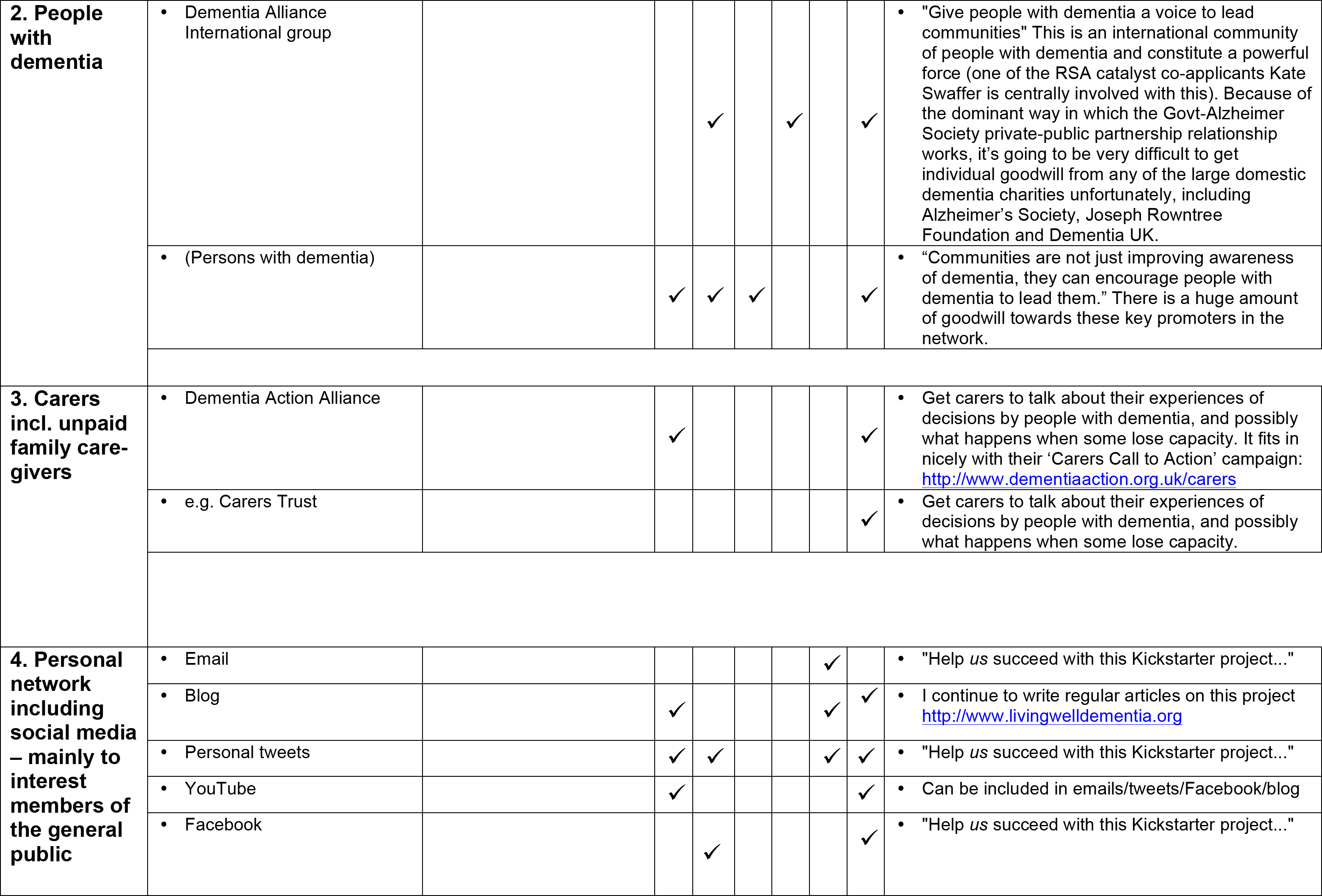 I received this message last night. 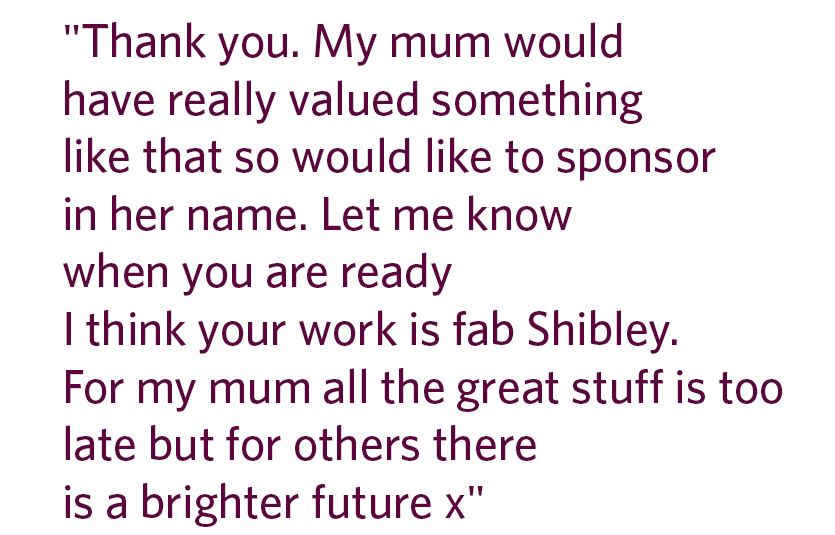 The thing is, I don’t buy into the profoundly negative imagery of the media, including memes such as “crippling”, “horrific”, “timebomb” and “explosion”.

Whilst some people, and caregivers, are undeniably “suffering”, you can’t expect all people to agree with this particular narrative at all times, I feel.

One of the things I’ll never forget was when my Ph.D. supervisor, Prof John Hodges, received a complaint about me doing neurocognitive assessments in a person with frontal dementia back in 1997.

This type of dementia, commoner in an age group below 60, is characterised by a personality and behavioural change early on, often in the absence of deficits in thinking such as memory or perception. You need an account from someone very close to that person with dementia, as the person himself or herself can have no insight into the changes.

I remember saying to the wife of a young man with this type of dementia, “I would never have guessed that he had a dementia”. This comment had upset her very much, and by that stage I was years into my medical training.

This one event is something I’ve never forgotten in the 16 years subsequently.

I remember I literally didn’t sleep for a week, and I was profoundly upset by this. But it does lie to the heart of some of my reservations about the term ‘dementia friendly communities’. There are some people for whom you would not be able to tell they were living with dementia.

I understand the focus on memory problems in the general media, as this can be a dominant presentation in typical Alzheimer’s disease, the commonest form of dementia. But memory is only one of the cognitive functions we have.

What unites all people with dementia is that the law makes a verdict on whether they are able to make decisions. This is called legal capacity.

Decisions impact on many aspects of life, such as working out how to spend your money, or which treatment to go for in hospital.

And capacity is very topical. Not only is the House of Lords seeking to update the Mental Capacity Act (2005), but also neuroscientists currently want to know what members of the public think about their research on decisions.

This is therefore not about denying compassion or dignity for all persons with dementia. It’s about redressing a power balance, where I feel people who’ve just received a diagnosis of dementia might learn something constructive about dementia, decisions and science of how to influence decisions.

This is profoundly about having a discussion with persons with dementia.

I’ve been on the receiving end of ‘look at my website’ and I find it intensely nauseating. But I wish my website, which I intend to build with funds from a crowdfunding campaign and scientific grant bodies, to allow persons with dementia to think about their own decisions.

It’s well known in the science of decisions for example that some ‘bad’ decisions can be avoided by not following ‘hot impulses’ or following the ‘herd effect’.

So here is my explanatory video:

Whilst I have been urged to make this campaign so that ‘it touches every person with dementia’, I do also want a grown up conversation without dumbing down any of the concepts.

A lot of feedback has concentrated on the ‘social movement’ aspect of it, but I should like to say whilst I say I would like to build one, I really mean it’s important for me personally that this gathers some momentum.

And I think it will from initial feedback from persons with dementia, and even people involved in the NHS and social care.

All too easily dementia policy can have more regard to marketing and tokenism, which lends itself to commissioning ‘tick box’ culture. My campaign is not for them.

And I’ve got a bit of a shock for some people – I am determined to make a big success of it.

@legalaware I have been trying to convince people the nhs needs it’s own kickstarter platform for a while. Will be great to see if it works