This, rather than “The Golden Arches”, is fast becoming a symbol of hope. 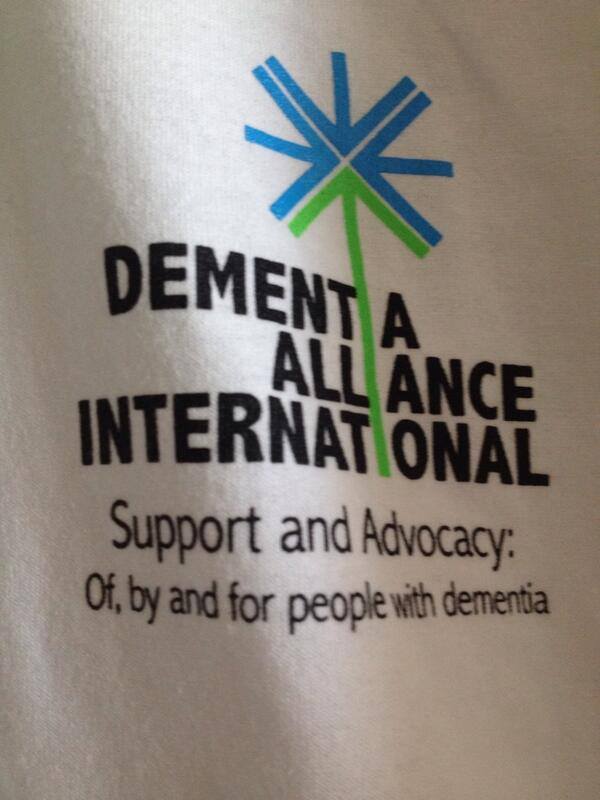 The motor vehicle was supposed to be a major disruption for the horse and cart. Paper superseded parchment. The DVD long surpassed the audio cassette.

Progress and innovation, whatever your political philosophy, some might say is pretty inevitable.

In terms of technology, people have recently opined about three ‘industrial revolutions’, and “the shock of the new”.

Innovations can not just be about products. They can be about fundamentally a whole new way of doing things.

The traditional large charity for dementia model has its advantages. It, through economies of scale and large operational efficiencies, can implement large projects, liaise with governments, and have a lot of media backing in the implementation of their projects.

The down-side to this is that it can too easily suffocate innovation from small social enterprises. It can also pursue agendas which are biased in one particular direction.

One example is witnessed in the the appointment of the World Dementia Council.

This Council, quite strangely, does not include any representatives of persons with dementia or representatives of carers. If its primary purpose is to develop new innovations or drugs, they will need to know the efficacy of user adoption at some stage even from a management or industrial basis.

As it is, large charities, in promising to deliver new orphan drugs for dementia one day, can totally ignore the need for high quality research into living well with dementia. They can treat their associated persons with dementia as ‘subjects’ for future drug trials.

This is incredibly problematic and obstructive for those people with dementia – and their supporters including researchers – who wish to pursue an agenda of quality of life in dementia for current people living with dementia.

Even in the press bulletin for the first meeting of the World Dementia Council, dementia is referred to as a ‘timebomb’.

This is incredibly  troublesome for some purists who note that the prevalence of dementia across two decades in England may in fact be falling, due to primary care managing successfully the vascular dementias.

So in this specific scenario – a timebomb it is not.

Of course, the ‘holy grail’ for drug companies, and large charities supporting them, is that there exists a ‘pre-dementia’ stage, of people without symptoms, who could be amenable for drug treatment later one day, or advice about lifestyle and risk factors.

Currently, the evidence for the feasibility of this approach is very poor, however.

But something quite amazing, and indeed “disruptive”, happened quite recently. To say it could be explosive for international policy is in fact an understatement.

The 29th International Conference of Alzheimer’s Disease International, entitled “Dementia: Working Together for a Global Solution” held on 1-4 May 2014 at San Juan, Puerto Rico, was beyond reasonable doubt a storming success.

The ADI welcomed Glenn Rees, current CEO of Alzheimer’s Australia, as its Chair-Elect. This is a highly significant appointment, and one which people who promote the living well with dementia philosophy extremely warmly welcome.

That person commented that the academic didn’t, either.

Dementia Alliance International is a non-profit group of people with dementia from the USA, Canada, Australia and other countries that seek to represent, support, and educate others living with the disease, and an organisaton that will provide a unified voice of strength, advocacy and support in the fight for individual autonomy and improved quality of life.

Membership in Dementia Alliance International is free and open to people with dementia only, in any country.

Membership is open to any person with dementia who would like to be part of a global community of others with dementia where members support and encourage each other to live well with dementia, or oin others in fighting against the stigma, isolation and discrimination of dementia.

In addition to the larger countries, there has been interest from  Taipei, New Zealand, St Maartens, Spain, Puerto Rico, and Japan, to name but a few. Of course, such an initiative is immediately attractive to a lot of other people who have the cash, including world philanthropists who have some personal connection with dementia.

This group has even been ‘noticed’ by the larger corporates and corporate-like entities in dementia, but people close to this group report that they are desperate to keep their autonomy and identity, despite possible (legal) enticements.

They know that they are on the threshold of massively disrupting current policy. They know they won’t be one or two bums occupying seats on research panels of large charities any more, only.

They will be there now leading the pack.

1. ADI staff get recognition for their work. 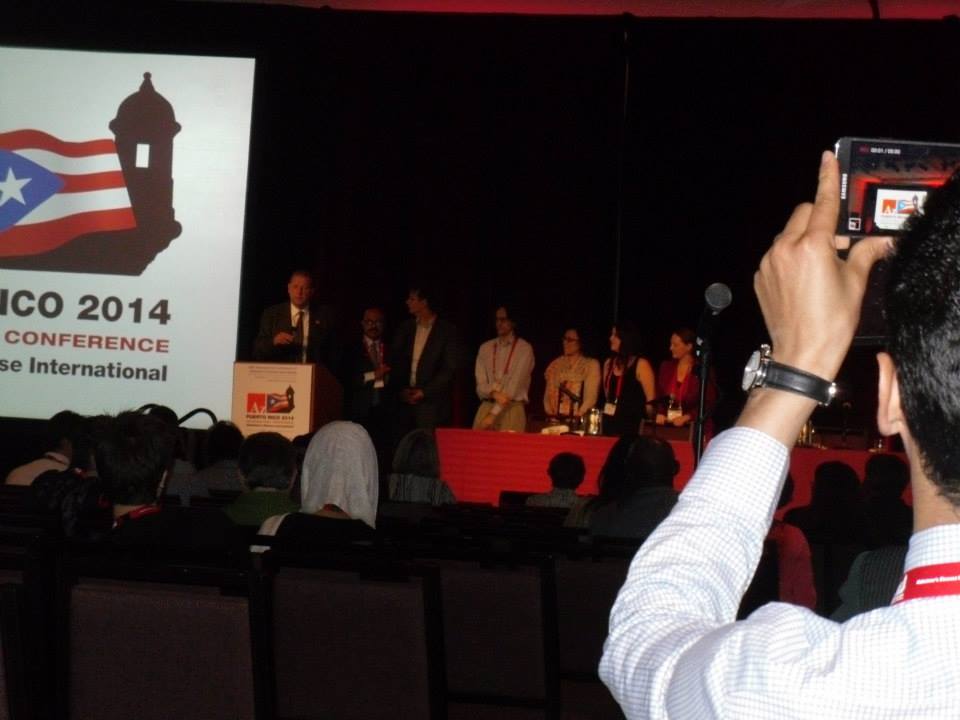 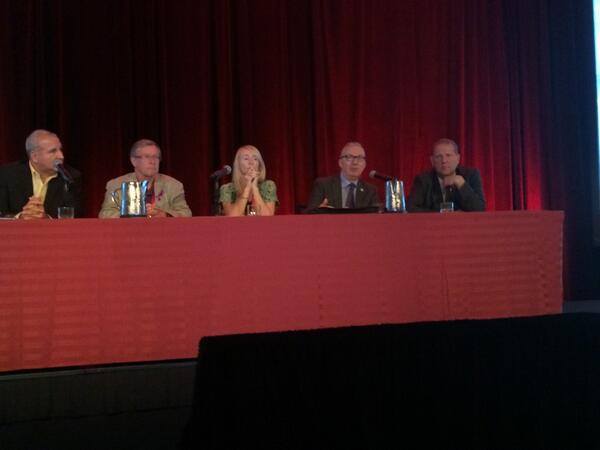 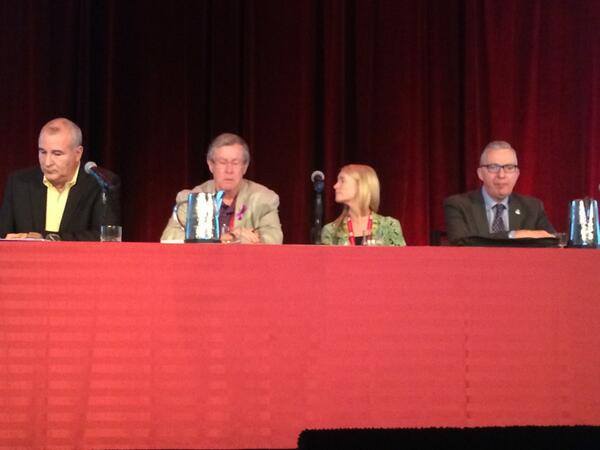 4. Person with dementia from Puerto Rico, Julio, speaks out as keynote. He got the only standing ovation of the morning’s speakers. 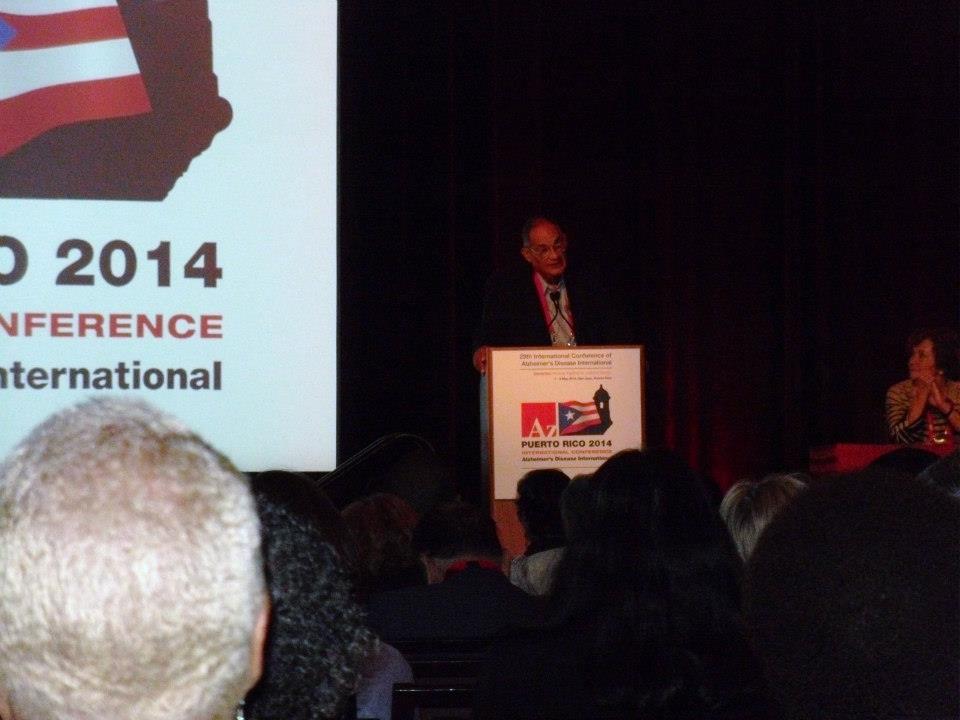 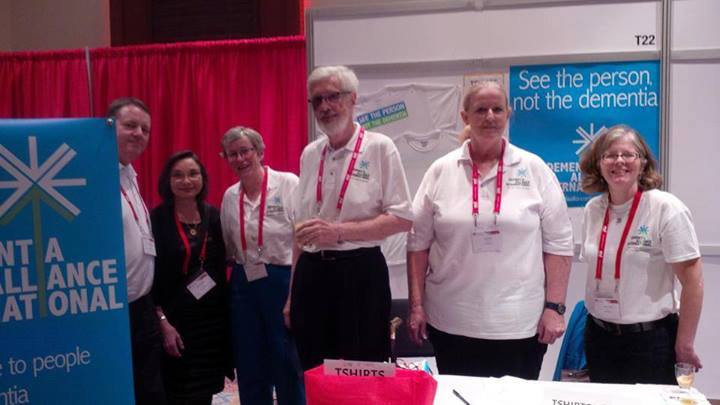 6. Kate Swaffer, from DAI, before her presentation of her model, “Prescribed disengagement” 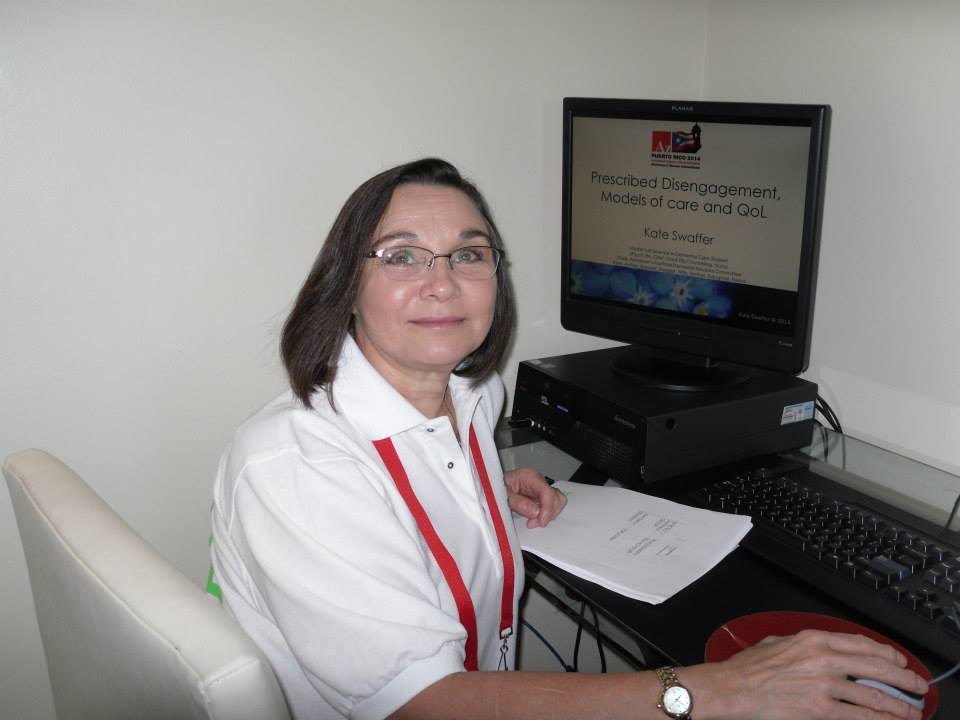