“We live in a ‘surveillance society’. If you happen to log in on Facebook, Facebook can identify your location exactly, and then can offer you a choice of cheap hotels there. The idea that a GPS system (“global positioning system”), as a tracker, can identify you where you are might seem like an invasion of privacy, but not much of an invasion of privacy than Facebook, arguably. And indeed a non-invasive system might be better than a method of physical restraint for certain people with dementia. It would be hard to justify a tracking device in a person who is not a candidate for physical restraint though conceivably? 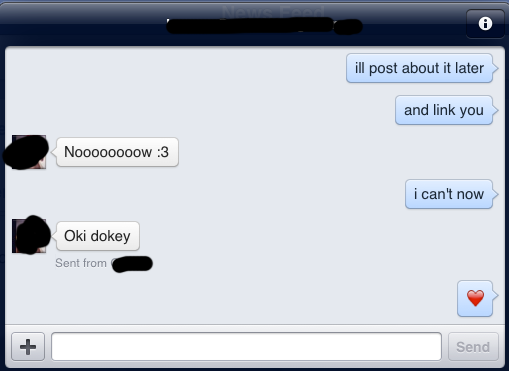 Tracking for people with dementia raises strong emotions, not helped with some of the discussion acting at the extremes, such as a hypothermic person with dementia found in a ditch due to a GPS tracker. But the conflation of ‘tracking’, with ‘tagging’ as per frequent offenders in the criminal law, is an unfortunate one. At a time when there are international drives towards decreasing stigma in people with dementia, people warn about the mission creep that is offered with tracking: for example, one wonders how long it might be for a GPS tracker to become an implantable micro-chip. The word ‘tracking’ itself, however, is a misnomer, in that these trackers do not actively ‘follow’ people, but can pinpoint someone’s location through the method of ‘trilateral’. Satellite detectors happen to be there, in the same way that public telephone boxes happen to be there. Public telephone boxes take on a different atmosphere if highly illegal activity happen to be taking there, and there is a proportionate need to intervene. But intervene in what? Here we are talking about a criminal activity, rather than intervene in a person at risk of causing harm to himself or herself? The question that someone can consent to doing himself or herself avoiding being at personal harm, exercising too his or her own ethical right to autonomy, and a clear definition of consent depends on a clear definition of capacity. A human right to privacy which is inalienable albeit qualified may transcend capacity, causing further disquiet in legal circles. And, besides, people who do happen to travel beyond their physical zone might not be doing so out of any particular malice: a person with dementia may simply have problems with spatial navigation. Presumption of innocence is pivotal in the law is pivotal, and laying blame on innocent people is unacceptable – even subtlely through terms laced with innuendo such as “wandering”.

One wonders whether the legal definition of capacity across a number of jurisdictions, which depends on an “all-or-nothing” construct, can cope with those dementias where cognitive abilities fluctuate or cognitive demands vary. Is legal capacity to make a sandwich the same as capacity to write a paper on human rights? And who is best to make a decision about fitting a GPS tracker? It must surely cause concern if a caregiver would wish to fit one simply because it makes the monitoring of an individual an easier job, rather than the person with dementia wishes to be more independent. It is therefore clear that there is no right answer to GPS systems in dementia, especially as the term “dementia” itself is a portmantaneau term for lots of different clinical conditions, with different types and ‘severities’. Whether GPS trackers are necessary and proportionate for any one person living with dementia is a rather abstract question, given that there are so many different subtypes of dementia making some more prone to travel beyond their locality than others. With GPS tracking in dementia, we see yet another example where ‘one glove fits all’ approach is a dismal failure.”