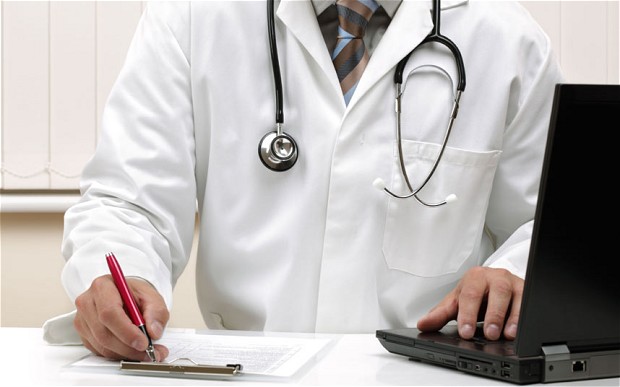 A patient in his 50s, newly diagnosed with Alzheimer’s disease, a condition which causes a progressive decline in structure and function of the brain, has a simple question off his GP.

“Now that I know that I have Alzheimer’s disease, how best can I look after my condition?”

A change in emphasis of the NHS towards proactive care is now long overdue.

At this point, the patient, in a busy office job in Clapham, has some worsening problems with his short term memory, but has no other outward features of his disease.

His social interactions are otherwise normal.

A GP thus far might have been tempted to reach for her prescription pad.

A small slug of donepezil – to be prescribed by someone – after all might produce some benefit in memory and attention in the short term, but the GP warns her patient that the drug will not ultimately slow down progression consistent with NICE guidelines.

It’s clear to me that primary care must have a decent answer to this common question.

Living well is a philosophy of life. It is not achieved through the magic bullet of a pill.

This means that that the GP’s patient, while the dementia may not have advanced much in the years to come, can know what adaptations or assistive technologies might be available.

A GP will have to be confident in her knowledge of the dementias. This is an operational issue for NHS England to sort out.

He might become aware of how his own house can best be designed. Disorientation, due to problems in spatial memory and/or attention, can be a prominent feature of early Alzheimer’s disease. So there are positive things a person with dementia might be able to do, say regarding signage, in his own home.

This might be further reflected in the environment of any hospital setting which the patient may later encounter.

Training for the current GP is likely to differ somewhat from the training of the GP in future.

I think the compulsory stints in hospital will have to go to make way for training that reflects a GP being able to identify the needs of the person newly diagnosed with dementia in the community.

People will need to receive a more holistic level of support, with all their physical, mental and social needs taken into account, rather than being treated separately for each condition.

Therefore the patient becomes a person – not a collection of medical problem lists to be treated with different drugs.

Instead of people being pushed from pillar to post within the system, repeating information and investigations countless times, services will need to be much better organised around the beliefs, concerns, expectations or needs of the person.

There are operational ways of doing this. A great way to do this would be to appoint a named professional to coordinate their care and same day telephone consultations if needed. Political parties may differ on how they might deliver this, but the idea – and it is a very powerful one – is substantially the same.

One can easily appreciate that people want to set goals for their care and to be supported to understand the care proposed for them.

But think about that GP’s patient newly diagnosed with dementia.

It turns out he wants to focus on keeping well and maintaining his own particular independence and dignity.

He wants to stay close to his families and friends.

He wants to play an active part in his community.

Even if a person is diagnosed with exactly the same condition or disability as someone else, what that means for those two people can be very different.

Care and support plans should truly reflect the full range of individuals’ needs and goals, bringing together the knowledge and expertise of both the professional and the person. It’s going to be, further, important to be aware of those individuals’ relationships with the rest of the community and society. People are always stronger together.

And technology should’t be necessarily feared.

Hopefully a future NHS which is comprehensive, universal and free at the point of need will be able to cope, especially as technology gets more sophisticated, and cheaper.

Improvements in information and technology  could support people to take control their own care, providing people with easier access to their own medical information, online booking of appointments and ordering repeat prescriptions.

That GP could herself be supported to enable this, working with other services including district nurses and other community nurses.

And note that this person with dementia is not particularly old.

The ability of the GP to be able to answer that question on how best her patient can lead his life cannot be a reflection of the so-called ‘burden’ of older people on society.

And note one thing.

I never told you once which party the patient voted for, and who is currently in Government at the time of this scenario.