One of the most challenging aspects of providing care for someone with a dementing illness is to develop daily routines and activities that are interesting, meaningful, do-able, and valued by the person with the disease. Making sure there is a mix of activities to meet social, physical, mental, and spiritual needs for each individual is a complex and ever-changing task. Also, social networks are becoming increasingly online, and this is an important consideration for care. According to Shirley Ayres in her excellent “provocation paper” for the Nominet Trust (2013), social networks can be widened and enhanced by web-based tools and technology. The growth of online personal support networks strengthens the informal networks that already exist within communities. This paper has turned out to be a seminal contribution.

Studies related to older people with (or without) dementia have not been able to reach a consensus on the types and intensity of the exercise, nor the frequency and duration of the intervention to be most effective and efficient (Thorn and Clare, 2011). Heyn and colleagues carried out meta-analysis of exercise in dementia and reported data on thirty trials of exercise (Heyn et al., 2004). The authors reported on trials that included strength, cardiovascular or flexibility regimes; and analysed for functional, cognitive or behavioural outcomes. A significant positive effect of exercise on behavioural outcomes was reported. However these trials do not provide a full picture of the effectiveness of exercise on BPSD for a number of reasons. There was considerable heterogeneity in terms of the interventions, and exercise was often combined with other behavioural interventions. Thus, it is difficult to isolate the impact that exercise has had on behavioural outcomes. Some regimes were quite complex and require a high degree of physical fitness that would preclude many older adults with complex physical problems and moderate or profound dementia from performing them. Moreover, they were potentially unsustainable without the support of trained therapists. Finally, the relatively high cost of delivery and specialist input required may prevent the interventions being used more widely. Most trials included in the analysis were relatively small, with only two of the eight studies that reported effects on behaviours having samples in excess of 100 participants.

Forbes and colleagues (Forbes et al., 2008), on behalf of the Cochrane Collaboration, found that four trials met their inclusion criteria. However, only two trials were included in the analyses because the required data from the other two trials were not made available. Only one meta-analysis was conducted. The results from this review suggest that there is insufficient evidence of the effectiveness of physical activity programs in managing or improving cognition, function, behaviour, depression, and mortality in people with dementia. Few trials have examined these important outcomes. In addition, family caregiver outcomes and use of health care services were not reported in any of the included trials. 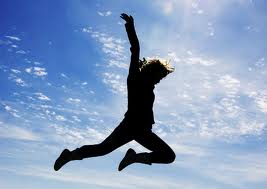 “Social activity” – specifically activities that can broadly be seen as participation in society and between the generations – has been an important thrust of dementia wellbeing policy for some time. The World Health Organization (WHO, 2002) has defined active ageing as having not only physical and psychological dimensions but also as the capacity to participate in society. Social and cultural activities have also been shown to be beneficial in terms of wellbeing, functioning and survival (Glass et al., 1999). What is clear is that successful ageing and wellbeing in dementia involve a complex interplay between personal and social factors – however a common feature is “activity”, whether that is physical, cognitive or social.

Some things to read