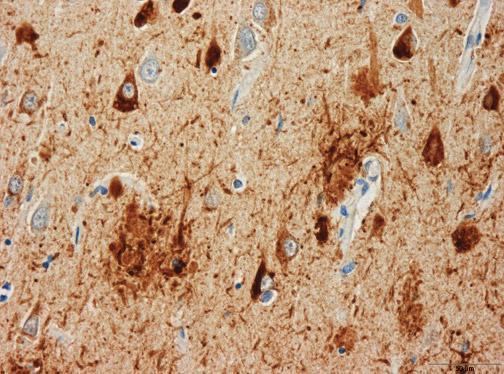 Wouldn’t it be lovely Prime Minister, David Cameron MP, could announce a breakthrough which nails the problem of the diagnosis of Alzheimer’s disease?

The definitive diagnosis of dementia of the Alzheimer type (DAT) comes post mortem (though in practice various techniques while the patient is alive can be used to tell whether a patient has a type of dementia).

The full armoury of tests includes thinking tests or cognitive neuropsychology, a sample of the fluid from the spine (cerebrospinal fluid), the clinical history and examination of the patient, brain waves (the EEG), or even (rarely) a brain biopsy; that’s even before considering types of scan, like the ‘CT scan’, the ‘MRI scan’, or ‘functional scan’.

The trick of the clinician, varying with levels of expertise, is to make the diagnosis reliably such that a person living with dementia might be able to ‘access’ appropriate care in the system; and those without dementia aren’t given an incorrect label of ‘dementia’.

DAT is one of the hundreds of causes of dementia (although most of the media use ‘Alzheimer’s Disease’ and dementia unhelpfully synonymously.)

Amyloid build-up and the diagnosis

There has been a popular idea that the build up of a substance called amyloid which builds up in the brain might hold the clue to early diagnosis of Alzheimer’s Disease.

In recent years, the emphasis has swung to ‘timely diagnosis’, with the national clinical lead for dementia, Prof Alistair Burns, emphasising that the diagnosis should be made at a time appropriate for the person himself or herself.

A ‘quick fix’ in a test for DAT seems very attractive, but it’s important to remember that the dementia of the Alzheimer type is only one (but the most common) cause of dementia across all age groups.

How to use the test in a safe way

The way in which this diagnosis could be made has also come under scrutiny.  A method which uses a radioactive label to which at how much label can bind to abnormal amyloid in the brain, to be practical, should not be excessively time-consuming to administer. It also should not be prohibitively expensive.

Also critically, it should be reliable. In other words, it shouldn’t show up ‘positives’ in otherwise well people, who never go onto develop dementia. A critical problem is that there are many causes of memory loss in older people, including of course depression.

To make things even more complicated, there is a very interesting group of people whose thinking and memory are normal, even late in life, yet their brains are full of amyloid beta plaques that appear to be identical to what’s seen in dementia of the Alzheimer type. How this can occur is an important clinical research question.

Hard plaques made of a protein called amyloid beta are always present in the brain of a person diagnosed with the dementia of the Alzheimer type.  But the simple presence of plaques does not always result in impaired thinking and memory. In other words, the plaques are necessary – but not sufficient – to cause DAT.

Is it the type of amyloid which matters?

An important clue may come from still come from a form of amyloid beta, but not necessarily in the form of plaques. Instead, smaller molecules of amyloid beta appear more closely correlated with whether a person develops symptoms of dementia; these are called “amyloid beta oligomers“.

Earlier this year, this group developed a way of measuring  these amyloid beta oligomers in minute quantities, without binding to similar things.

The results raise the intriguing hypothesis that the linkage between plaques and oligomers may be a key pathophysiological event underlying DAT.

This test would be clearly potentially profitable for people who have developed this test, and the critical issue is whether if you scan real patients whether the amount of radioactive binding will reliably distinguish between people with dementia and those without.

Would a new brain scan be helpful?

Looking for amyloid in people who might be developing dementia has been a story going on for ages. The Telegraph newspaper reports a “breakthrough” in a scan, but the description is that of plaques (leading to the possibility of people having lots of plaques found on imaging who later never develop dementia):

“The scan was developed by scientists in London. The test involves giving a patient exhibiting signs of dementia a small amount of a radioactive substance, which will allow amyloid plaques to show up in a brain scan.

The presence of the plaques in the brain is one of the main signs of Alzheimer’s, although it does not make the disease inevitable, so doctors using the test would be sure of giving a patient the all-clear only if the plaques were absent.

It is the first time doctors have been able to detect the plaques while a patient is alive.”

The desire ‘to catch Alzheimer’s early’ – and the actual pitfalls

A major issue is going to be which people should be put forward for such an imaging technique; there has been intense scrutiny of whether bedside tests can reliably tell the difference between people who have a ‘mild cognitive deficit’ and those who have dementia.

A political drive, almost in total parallel led by the current UK and US governments, to “screen” older people for minor memory changes could potentially be leading to unnecessary investigation and potentially harmful treatment for what is arguably an inevitable consequence of ageing. There are no drugs that prevent the progression of dementia according to human studies, or are effective in patients with mild cognitive impairment, raising concerns that once patients are labelled with mild cognitive deficits as a “pre-disease” for dementia, they may try untested therapies and run the risk of adverse effects.

The idea itself that there is a “pre-disease” stage before the full-blown course of the dementia of Alzheimer type is itself erroneous, if one actually bothers to look at the published neuroscientific evidence. A mild cognitive impairment (“MCI”) is a clinical diagnosis in which deficits in cognitive function are evident but not of sufficient severity to warrant a diagnosis of dementia (Nelson and O’Connor, 2008).

However, the evidence of progression of MCI (mild cognitive impairment) to DAT is currently weak. This has been much to the frustration of some researchers where it had been hoped for years that this could be used to identify DAT at an early stage. It might be attractive to think that MCI is a preclinical form of dementia of Alzheimer Type, but unfortunately the evidence is not there to back this claim up at present: only approximately 5-10% and most people with MCI will not progress to dementia even after ten years of follow-up (Mitchell and Shiri-Feshki, 2009).

Either way, there should still be adequate post-diagnosis support, which is a problem which simply won’t go away.

Therefore, this result of a ‘breakthrough’, for one of the more common causes of dementia, has to be sufficiently exciting for the drug companies to have a ‘return on investment’ who have developed them.

However, in a week which has seen increasing scrutiny as to whether pharmaceutical-based approaches have been a waste of dawn, particular interest will be paid as to whether this is in fact yet another “false dawn”.