There’s more to a person than the dementia.

In 1992, the late Prof Tom Kitwood founded Bradford Dementia Group, initially a side-line. Its philosophy is based on a “person-centred” approach, quite simply to “treat others in a way you yourself would like to be treated”.

A giant in dementia care and academia, I feel he will never bettered.

His obituary in the Independent newspaper is here.

Personhood is the status of being a person. Its importance transcends medicine, nursing, policy, philosophy, ethics and law even.

Kitwood (1997) claimed that personhood was sacred and unique and that every person had an ethical status and should be treated with deep respect.

A really helpful exploration of this is found here on the @AlzheimerEurope website.

Personhood in dementia is of course at risk of ‘paralyis by analysis’, but the acknowledgement that personhood depends on the interaction of a person with his or her environment is a fundamental one.

Placing that person in the context of his past and present (e.g. education, social circumstances) is fundamental. Without that context, you cannot understand that person’s future.

And how that person interacts with services in the community, e.g. housing associations, is crucial to our understanding of that lived experience of that person.

All this has fundamental implications for health policy in England.

Andy Burnham MP at the NHS Confederation 2014 said that he was concerned that the ‘Better Care Fund’ gives integration of health services a ‘bad name’.

It is of course possible to become focused on the minutiae of service delivery, for example shared electronic patient records and personal health budgets, if one is more concerned about the providers of care.

Ironically, the chief proponents of the catchphrase, “I don’t care who is providing my care” are actually intensely deeply worried about the fact it might NOT be a private health care provider.

Person-centered care is an approach which has been embraced by multi-national corporates too, so it is perhaps not altogether a surprise that Simon Stevens, the current CEO of NHS England, might be sympathetic to the approach.

Whole-person care has seen all sorts of descriptions, including IPPR, the Fabians, and an analysis from Sir John Oldham’s Commission,  and “Strategy&“, for example.

The focus of the National Health Service though, in meeting their ‘efficiency savings’, has somewhat drifted into a ‘Now serving number 43′ approach.

When I went to have a blood test in the NHS earlier this week, I thought I had wandered into a delicatessen by accident. 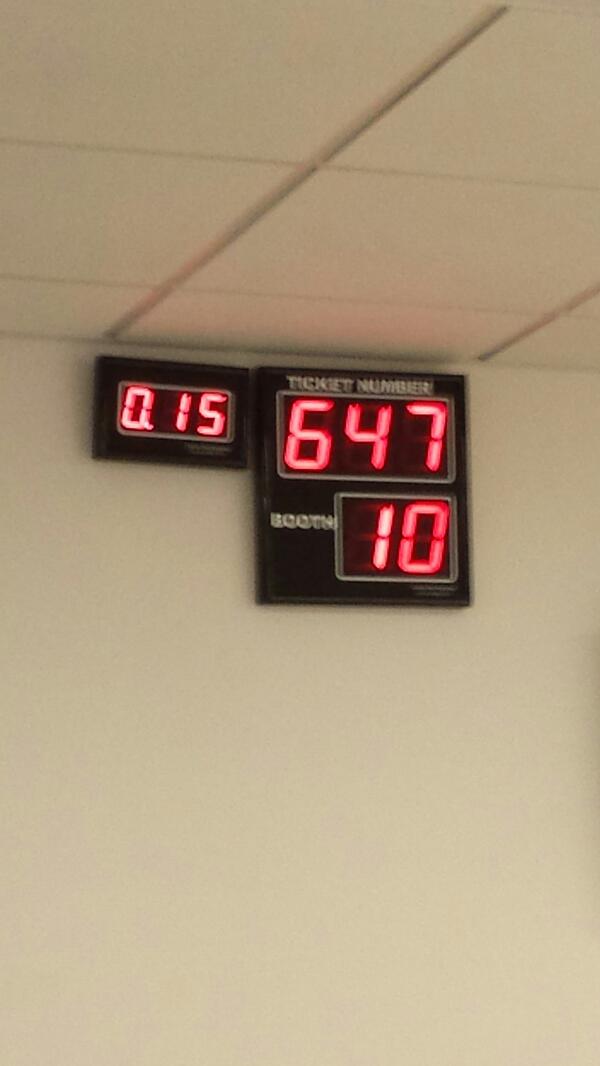 But ‘whole person care’ would represent a fundamental change in direction from a future Government.

Under this construct, social care would become subsumed under the NHS such that health and care could be unified at last. Possibly it paves the way for a National Care Service at some later date too.

But treating a person not a diagnosis is of course extremely important, lying somewhat uneasily with a public approach of treating numbers: for example, a need to increase dementia diagnosis rates, despite the NHS patient’s own consent for such a diagnosis.

I have seen this with my own eyes, as indeed anyone who has been an inpatient in the NHS has. Stripped of identity through the ritualistic wearing of NHS pyjamas, you become known to staff by your bed number rather than your name, or known by your diagnosis. This is clearly not right, despite years of professional training for current NHS staff. This is why the campaigning by Kate Granger (“#hellomynameis”) is so important.

It is still the case that many people’s experiences of when a family relative becomes an inpatient in the National Health Service is a miserable one. I have been – albeit a long time ago – as a medical student on ward rounds in Cambridge where a neurosurgeon will say openly, “He has dementia”, and move onto the next patient.

So the message of @DementiaFriends is a crucial one.

Together with the other four messages, that dementia is caused by a diseases of the brain, it’s possible to live well with dementia, dementia is not just about losing your memory, dementia is not part of normal ageing, the notion that there’s more to a person than the dementia is especially important.

And apart from anything else, many people living with dementia also have other medical conditions.

And apart from anything else, many people living with dementia also have amazing other skills, such as cooking (Kate Swaffer), fishing (Norman McNamara), and encouraging others (see for example Chris Roberts’ great contributions to the community.)